Should America be cheerful about the economy?

Plus: The Stingray sting 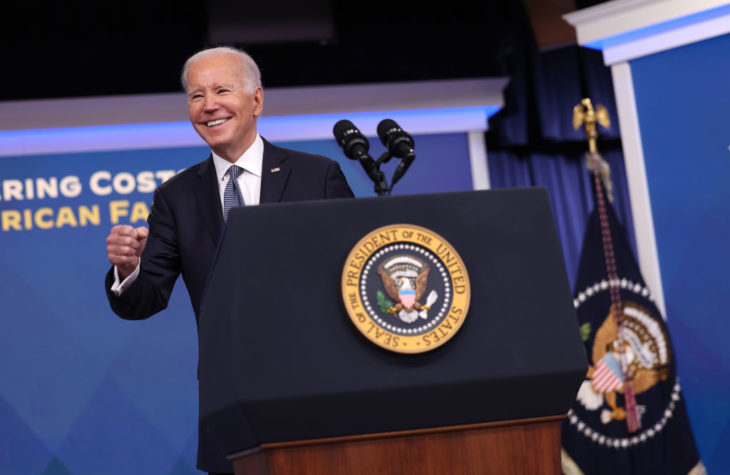 President Joe Biden delivers remarks on the economy and inflation in the Eisenhower Executive Office Building on January 12, 2023 (Getty Images) 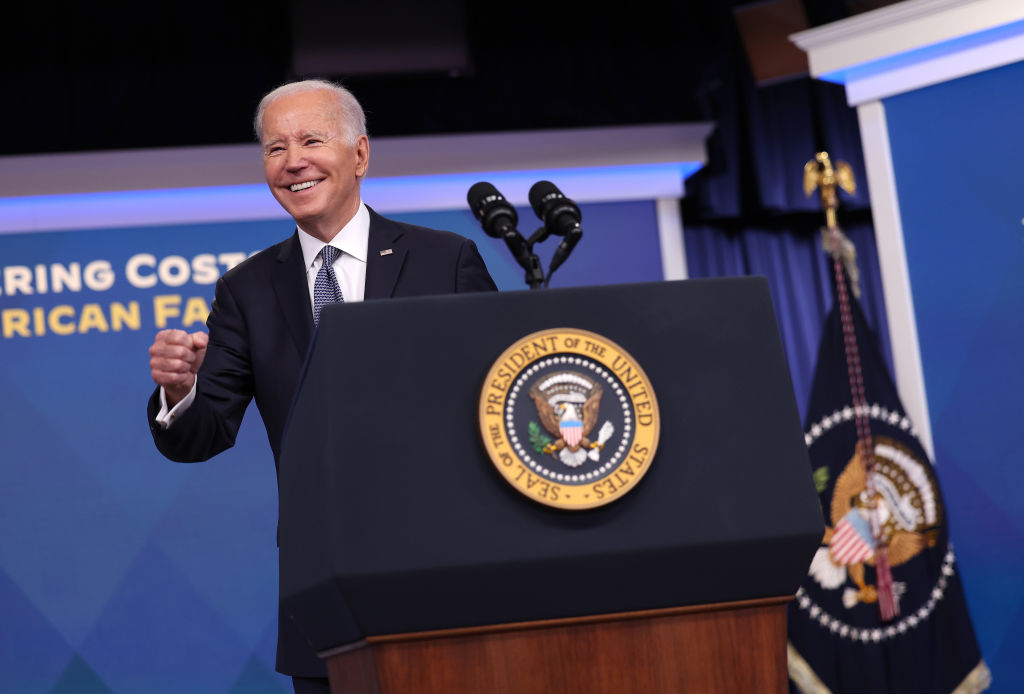 Should America be cheerful about the economy?

Reasons to be cheerful?

Those White House officials not rifling through classified documents in a Delaware garage (more on that later) have been able to enjoy back-to-back weeks of good economic news to start 2023. Taken together, last week’s robust December jobs report and this week’s inflation report that shows slowing price rises have boosted optimism about the possibility of a so-called “soft landing,” in which the Fed manages to tame inflation without causing a recession.

Just a few months ago, it was a question of when, not if, America would dive into negative growth. A soft landing was seen as a pie-in-the-sky delusion; in October, a Bloomberg model put the chance of a recession at 100 percent.

Even Larry Summers, who has played the part of inflation Cassandra during the Biden era, is sounding a little less glum. In an interview with Bloomberg today, he warned that “one has to be careful of false dawns,” and maintained that he still thinks a recession is more likely than not. He also said that “looking at these trends, one has to think that the Fed’s job… feels much, much closer to being done in terms of disinflation than it did a few months ago.”

But there’s a difference between Summers’s cautious optimism about averting worst-case scenarios and some of the unjustifiably upbeat tone in parts of the press. Maybe Team Transitory was right all along, wonder some, even as inflation is still dangerously high. And if inflation continues to be tamed, the temptation for ex-post-vindication of massive government spending in response to the pandemic will be irresistible to many, even though we know the huge fiscal response made things worse.

A much-needed dose of caution comes from former Obama economic advisor Jason Furman. In an interview with the Wall Street Journal’s Gerry Baker, he points out just how historically unusual soft landings are and notes that inflation coming down to 6 percent from last year’s highs isn’t necessarily a predictor that it will fall further. That means that getting inflation to an acceptable level of price rises will mean more rate rises, slowing the economy and squeezing employment levels.

Nonetheless, Biden’s team will be thrilled that a soft landing appears to be more than a pipe dream. The danger, though, is that they repeat the mistakes of 2021 and once again get burned by inflation complacency. At least this time Democrats don’t have control of Congress, limiting the damage they can do.

‘I keep my Corvette in a locked garage, by the way’

The Biden document story has got a lot more intriguing in the forty-eight hours since the last DC Diary landed in your inbox. Since Wednesday, more documents have been found in other locations, we have learned that Biden became aware of the document problem before the midterms, and Merrick Garland has appointed a special counsel to look into the Biden case.

Before we get to the very serious business of how presidents and vice-presidents handle classified documents after they leave office, let’s take a moment to appreciate the hall-of-fame Biden moment that was his statement on classified documents found in his possession yesterday. He struggled to read a prepared statement and added, “By the way, my Corvette’s in a locked garage… it’s not like they’re sitting out on the street.” How reassuring! (Cockburn speculates about other places to look for Biden’s classified documents.)

As with so much else in American politics, the document debate has quickly become a debate about double standards. And while there are very important differences between the Biden and Trump cases, that shouldn’t exculpate the sitting president. As Peter van Buren points out, it’s possible that, legally speaking, the cases’ differences are less important than their similarities. For now, Biden looks extremely silly for the piousness with which he discussed the handling of classified material last year.

For now, ordinarily pliant reporters are giving the White House a light grilling to save face. But don’t expect this to last long, argues Ben Domenech, who points to an absurd piece of Biden apologia published by CNN as a sign of what is to come.

Thanks to the recent speakership drama, cable news has been on in my apartment far more often than is healthy so far this month. But even as TV news managed to plunge to new depths of unedifying partisanship, I noticed one curious trend: the appearance of conservative Republicans on CNN and MSNBC. At the height of the McCarthy drama, I was surprised to see Texas Congressman Troy Nehls pop up on CNN. He delighted in his debut on the “Clinton News Network” and referred to Erin Burnett as a “young lady,” which she called “rude.” A week or so later, I switched on MSNBC and saw the unlikely duo of Joy-Ann Reid and Byron Donalds.

Bloomberg’s Joshua Green noticed the same thing. He notes that, according to CNN, “more than fifty current and former Republican House members appeared on its airwaves during the last week of the McCarthy drama.” He speculates why this is in an interesting column. Whatever the cause, it’s a welcome development. American politics is in dire need of more adversarial questioning, rather than the pandering that constitutes so much cable news. 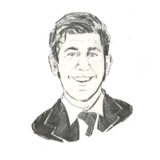 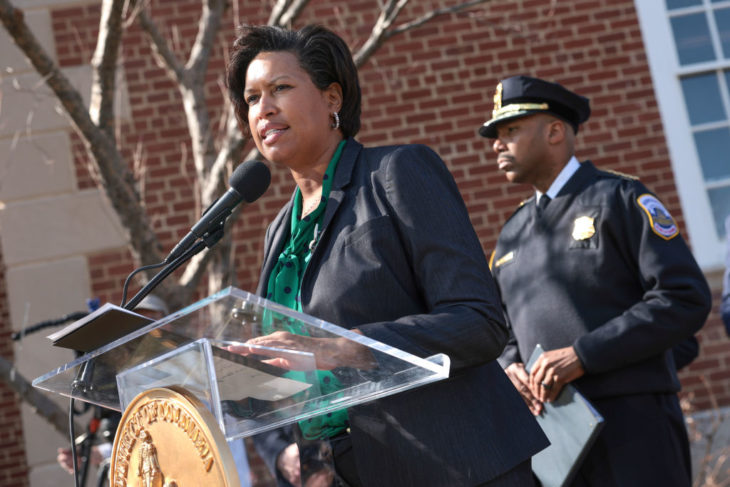 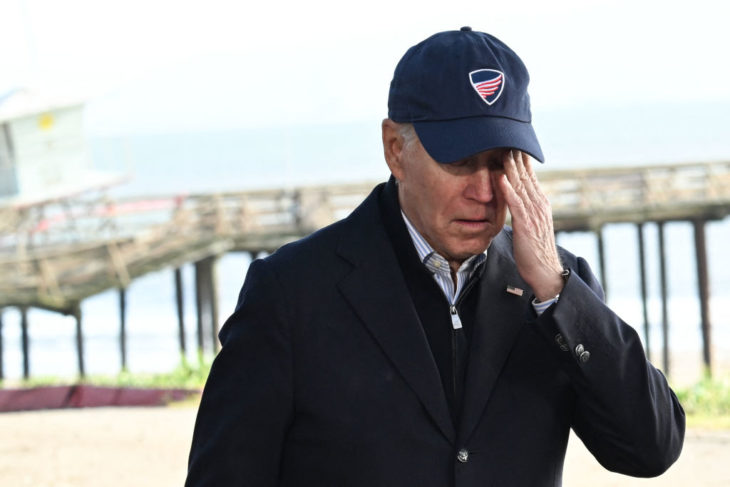