My journey to the heart of prehistoric England 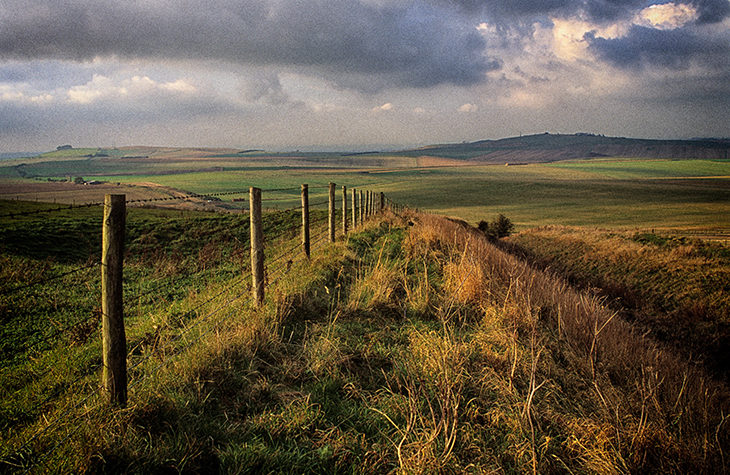 My journey to the heart of prehistoric England

‘Can I get a taxi around here?’ The man standing behind the counter of the convenience store looked at the floor and slowly shook his head. ‘What about buses?’ I said. ‘Taxis? Buses? You’re joking, aren’t you?’ said a chap standing behind me. He was wearing bedroom slippers and clutching a tin of processed carrots.

‘Can I get a taxi around here?’ The man standing behind the counter of the convenience store looked at the floor and slowly shook his head. ‘What about buses?’ I said. ‘Taxis? Buses? You’re joking, aren’t you?’ said a chap standing behind me. He was wearing bedroom slippers and clutching a tin of processed carrots.

‘Where are you trying to get to?’ he said. ‘Stanton St Bernard,’ I said. His knees gave way in a pantomime stagger of incredulity. ‘Stanton St Bernard! Taxis? Buses? Are you mad? It looks like you’ll be walking, my friend.’ He peered through the window at the blackening sky. ‘And — oh dear — it’s coming on to rain.’

I began to dislike this unselfconscious old man and his hearing aid and country accent. The convenience store was hemmed by newly built executive boxes on one side and a council estate on the other. ‘Which direction from here?’ I said. He paused and stood for a moment like stout Cortez, silent, upon a peak in Darien. Then he pointed to a beaten-up old Ford Fiesta and said, ‘Give me a minute to clear the crap off the front seat and I’ll take you.’

That he owned a car yet hadn’t visited a village six miles away in 40 years seemed to me highly unlikely. I asked him if he was married. He said he was. Grandchildren and everything. Then I said I didn’t believe him about not visiting his birthplace for 40 years when it was so close. Unoffended by my skepticism, he told me he was born and raised in a cottage his grandfather lived in. The old boy paid his rent at an office in town on market days. One day, he said, a gypsy asked his grandfather if he could park his caravan for the weekend on the verge beside the cottage. Five years later, his grandfather mentioned in passing to the gypsy that he was beginning to outstay his welcome. The gypsy in turn mentioned in passing that he had paid cash for the property not long after moving on to the site and that he had been his grandfather’s landlord for the past five years.

I looked out of the window at the rich arable farmland and the undulating treeless ridge to the north: Adam’s Grave, Knap Hill, Milk Hill, every hilltop the site of a prehistoric fort or ancient burial ground. Just over the brow was the massive linear defensive earthwork of Wansdyke, or Woden’s Dyke, nine miles long, an early (ineffective) anti-immigrant measure taken by the Romano-British to keep the Anglo-Saxons out. The ridge is part of the old Ridgeway track, still in use after 5,000 years. The profusion of gothic lettering on an ordinance survey map of the surrounding 10 square miles makes it look like the capital of prehistoric England. I studied the face of the bloke piloting the Ford Fiesta and wondered if this was what Iron Age man looked like and whether his traits of friendliness and picturesque mendaciousness had been genetically inherited.

Stanton St Bernard was like something out of a 1950s Shell County Guide. The final instruction of my email directions was to look for ‘a gap in the hedge’. Through this gap we found a chocolate-box thatched cottage. I would be staying here for two days with a view to renting it. My guide and helper insisted on shepherding me safely through the hedge and into the garden. We stood under a dripping apple tree and looked at the cottage. He seemed reluctant to leave and told a long-winded joke about a ‘young lady’ who was looking for a pretty cottage to rent like this one and who was shown one by a local yokel that tallied with her dream cottage in every respect apart from the outside lavatory. A massive piebald horse with a woman on it clopped past. We watched it pass. I offered him a £20 note. He stubbornly refused it. ‘Go on,’ he said. ‘Get in and put the kettle on.’ Yet he still seemed unwilling to go. We stood there in the darkening garden looking at the cottage. ‘Do you fancy a cuppa?’ I said. ‘No, no thanks,’ he said. Then he told me some more about himself, including the sad fact that he hadn’t got on with his father. I said I that hadn’t got on with mine either. And we stood like that under the dripping apple tree in desultory conversation until it was properly dark.