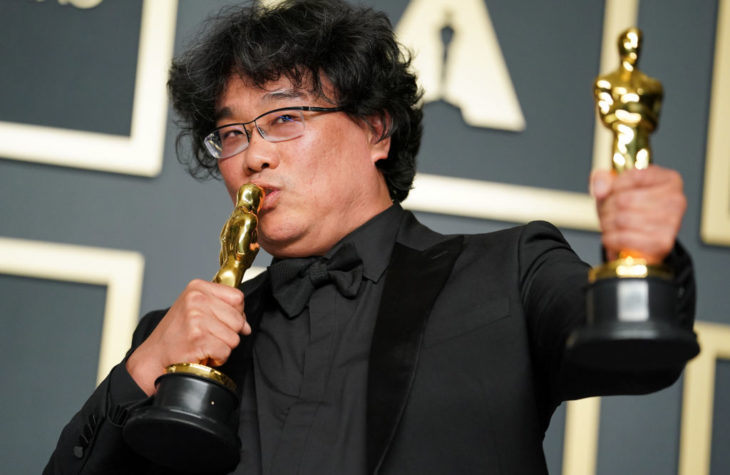 Bong Joon-ho with two of his Academy Awards

By Will Lloyd
https://thespectator.com/book-and-art/oscars-triumph-social-justice-realism-diversity/
copy

Today, politics is show business and show business is politics. Last week the Academy of Motion Picture Arts and Sciences announced new efforts to improve inclusion institutionally and for the Oscars themselves. A task force has been created to come up with new inclusion standards for Oscar eligibility by the end of July. The Academy’s president Dawn Hudson said: ‘The need to address this issue is urgent. To that end, we will amend — and continue to examine — our rules and procedures to ensure that all voices are heard and celebrated.’We have traveled a...

Today, politics is show business and show business is politics. Last week the Academy of Motion Picture Arts and Sciences announced new efforts to improve inclusion institutionally and for the Oscars themselves.

A task force has been created to come up with new inclusion standards for Oscar eligibility by the end of July. The Academy’s president Dawn Hudson said: ‘The need to address this issue is urgent. To that end, we will amend — and continue to examine — our rules and procedures to ensure that all voices are heard and celebrated.’

We have traveled a long way from 2003. Then, when Michael Moore made an overtly political acceptance speech about George W. Bush, he was forced off the stage as a result. That night most of the Dolby Theatre — most of Hollywood — booed and hissed at Moore for criticizing a Republican president. At this year’s ceremony you couldn’t move for political oratory.

Nobody knows exactly what standards the Academy’s task force will produce. I doubt they’ll be asking actors to stop giving magniloquent speeches about current events though. From a personal angle, I hope the new commandments will be those of Frances McDormand’s famous ‘inclusion rider’ from her 2018 Oscars speech. That would mean future Oscar eligible films must be at least 50 percent diverse, both in terms of cast and crew.

Once 50 percent diversity is achieved we can get away from the sad parochialism of Oscar-bait movies in recent years. After all, weren’t there just a few too many Koreans in Bong Joon-ho’s Parasite (2019)? What gave with all those Polish people in Pawel Pawlikowski’s Cold War (2018)? Voices need to be heard and celebrated — all of them — regardless of context or old fashioned notions like artistic integrity.

The diverse 2020s are going to open up all kinds of dynamic possibilities. I want to see a Holocaust movie where Chadwick Boseman plays Heinrich Himmler. I want to see an exactly proportional number of Welsh women in movies set in Tokyo. Can we get Oprah to play Catherine the Great? What about Michelle Rodriguez as Oliver Twist? I want all the rich possibilities of Social Justice Realism to be explored.

Socialist Realism was the officially sanctioned artistic style in the Soviet Union. Within a few years of the revolution the arts transitioned from a period of intense experimentation to a tool of pedagogy on behalf of the party. What could be represented was strictly controlled in all the arts. Communist values were idealized, often in colossal statuary (still produced and exported today by North Korea). It was a strange kind of realism: life was shown as it should be, not as it was. Maxim Gorky celebrated this as ‘revolutionary romanticism’, while Christopher Ishwerwood lamented its dull predictability. Socialist Realist prose involved, he said, ‘the usual sex triangle between a girl with thick legs, a boy, and a tractor.’

The distance of time has diminished the creepiness of Socialist Realism. If you’re going to read a Russian novel, it’s not going to be by Feodor Gladkov, unless you’re an academic. The statues look pretty kitsch on Google Images, and naive too, mocked by the failure of the USSR to produce the New Soviet Man in flesh and blood, rather than granite and concrete.

I realize that some readers will know where I am going now and begin to roll their eyes. New inclusion standards at the Oscars are not the equivalent of state- (and gulag-) enforced rules in the Soviet Union about what artists can create. For too long, they might argue, marginalized people have not been represented properly, on their own terms, in cinema (and in other areas of cultural life: television, novels, museums, newspapers). Justice has to be done.

Of course, I would not make this historical comparison to say ‘A is exactly like B’. When Gary Saul Morson said the other day that contemporary American intellectuals reminded him of Russian intellectuals before 1917, he did not mean that they were exactly the same. He meant that the similarities which undoubtedly exist ought to disturb us. Still, people will reject these comparisons. They don’t like to think about the crocodile until it is literally chewing their legs off.

Soviet art forced artists to work on a model of prescribed realism. Art was narrowly teleological, its only purpose to aggrandize the party. Social Justice Realism does the same thing. In the name of justice — which is the purpose of diversity here — the freedom of the artist is curbed. Responses to the world, in whatever form they take, are replaced with the predigested values, norms and symbols of a movement. A sociological flatness and the Human Resourcification of art is the result. The only standard of judgment that is left is moral purity.

Like Socialist Realism, Social Justice Realism is predictable. Diversity rarely means new stories, which are, to put it mildly, quite difficult to come up with. It means the same tired old frameworks, injected with the moral authority that results from representing different minority groups on screen. The problem is the quality of the art that results, not the skin color or disabilities or sexual preferences of the people involved in creating it. When the big studio properties become more diverse, does it make them better? Look at Disney’s Star Wars movies if you want an answer. Would it make a difference if James Bond was a Muslim? What if the Ents in Amazon’s forthcoming Lord of the Rings series are trans?

You can prettify a monoculture of superheroes and zombies and elves as much as you want, you can even pour the language of social justice over it, but these are still kids’ properties consumed by adults who have let themselves off the intellectual hook. This is the real structural vice of Hollywood. Not a lack of representation, but the production of dumb, stupid, boring movies sold to vast and tasteless global audiences.

This is top-down cultural change. What makes Social Justice Realism different from Socialist Realism is that it is motivated more by fear and commercial incentives than it is by a desire to dominate anyone. When you read back the Academy’s announcement — ‘there is still work to be done’, ‘all voices are heard and celebrated’, ‘to truly meet this moment’, ‘we must listen, learn, embrace’ — it has a robotic quality, like a hostage note. I think of someone in prison, scratching out these lines on toilet paper. This is not what they really think. Like Soviet artists sketching out all those happy peasants, they’re just doing what they can to keep their jobs. 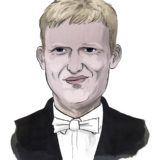