The death of populism has been greatly exaggerated

There have been setbacks — but populists are consolidating, not retreating 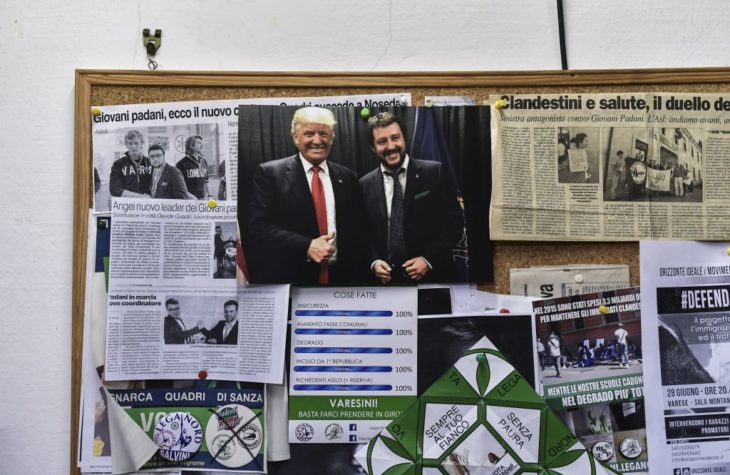 The death of populism has been greatly exaggerated

Have we reached peak populism? This is the question being asked after a recent regional election in Italy delivered a setback to Matteo Salvini, the de facto head of Europe’s populist family. In the affluent and historically left-wing region of Emilia Romagna, Salvini’s right-wing alliance finished more than seven points behind the left. It wasn’t even close.

It is not a surprise that some have breathed a sigh of relief. For much of the past three years, Salvini has seemed unstoppable. While the 46-year-old has miscalculated — like last summer when he tried but failed to...

Have we reached peak populism? This is the question being asked after a recent regional election in Italy delivered a setback to Matteo Salvini, the de facto head of Europe’s populist family. In the affluent and historically left-wing region of Emilia Romagna, Salvini’s right-wing alliance finished more than seven points behind the left. It wasn’t even close.

It is not a surprise that some have breathed a sigh of relief. For much of the past three years, Salvini has seemed unstoppable. While the 46-year-old has miscalculated — like last summer when he tried but failed to bring down the government — he has transformed his Lega movement from a small northern separatist party into a serious national force. He has swept south and into first place in the polls.

But now his revolt has stalled, or so it seems. ‘Salvini’s first defeat’, is how Italy’s La Repubblica described it. For others, it signals something far more profound: a watershed moment, a sign that populism is, finally, running out of steam.

‘Peak Populism?’ asked the London Times. But is it true?

Step back and look at the wider landscape. Last spring, Europe’s national populists won a record share of seats in the European parliament and, as the chart below shows, since the 1980s they have gradually been consolidating support.

Meanwhile, at national elections in Poland, Law and Justice won a new record share of the vote, shortly after Fidesz almost returned to its all-time high in Hungary. In Belgium, national populists enjoyed a comeback; while in Spain and the Netherlands, new members of this disruptive family, Vox and Forum for Democracy, enjoyed breakthroughs at the national and local levels respectively.

Elsewhere, the Alternative for Germany (AfD) has continued to advance at the state level in Saxony, Bremen, Brandenburg and Thuringia, while this month, for the first time ever in post-war Germany, the AfD helped form a government by joining with mainstream parties to oust a left-wing leader (the widespread shock has led the new premier to promptly resign, paving the way for fresh elections). It is worth remembering that in the 1990s, Sweden, the Netherlands, Germany and the United Kingdom were seen as four states that were ‘immune’ to populism.

To be sure, these parties have not prospered everywhere and it is important not to exaggerate their success. Nor are they the only challengers to be doing well. In states like Austria, Finland, Germany, the Netherlands and Switzerland, the Greens have also made gains at the expense of the older parties. As I point out when speaking about the key macro trends in geo-politics, this is part of a wider process of ‘fragmentation’, which is making it harder and harder for Europe to get the strong and stable governments that it needs.

The Green ‘surge’ is also not as clear cut as some suggest. In Austria, the Greens just joined a coalition government and won new environment taxes. But they did so in return for agreeing to a ban on schoolchildren wearing headscarves and a clampdown on illegal migration, pointing to how Europe continues to drift right on the key identity questions of our time.

National populist parties do now appear to be strongly anchored in many democracies while their electorates are often younger than people think. Globally, there are around five times as many populist parties and leaders in power today than there were at the end of the Cold War. And there have also been other important changes outside of electoral politics.

As in Germany, there are signs that the once strong ‘cordon sanitaire’ against populism is weakening, if not breaking down. Last year, King Philippe became the first Belgian monarch to meet a far-right party since 1936. Two months ago, Sweden’s centre-right broke its earlier promise to never work with the Sweden Democrats.

Then comes the policy influence. The Brexit party might be finished but its call for an Australian-based immigration points system and more aid for non-London regions has been picked up by Boris Johnson.

In Austria, the Freedom party lost ground but the centre-right continues to pitch to national populist voters by promising to oppose ‘political Islam’ and cut illegal migration. And even some on the center-left, as in Denmark, have won elections while leaning left on welfare and right on immigration. This is a formula that Boris Johnson would recognize.

As I have argued for a while, one of the key messages in contemporary politics is that it will be easier for the right to lean left on the economy than for the left to lean right on culture and identity. Somehow, parties on the left have to find a way of speaking not only about economics but also these latter questions that flow from feelings of cultural insecurity.

Meanwhile, in the United States, Trump continues to enjoy good support. The respected Gallup reported that: 74 percent of Americans feel optimistic about their financial position (the highest since 1977); 63 percent approve of Trump’s handling of the economy (the highest for any president since 2001); 59 percent feel better off than they were a year ago (the highest since 1999); 51 percent feel favorable toward the Republicans versus 45 percent who feel the same for the Democrats; and 49 percent approve of Trump, his highest rating with this pollster to date.

Increasingly, the re-election of the world’s most famous populist looks more likely. This will raise big questions about why the liberal left has again failed to fend off the populists.

Rather than retreating, then, this movement seems to be consolidating. And we need to ask: why this is happening? The answer lies not in the ‘here and now’ but rather four deep-rooted trends that have been sweeping through our societies for many years and which we outline in National Populism.

The first is widespread public distrust of established parties and institutions, especially among workers and non-graduates who feel excluded from the corridors of power.

The second is intense concern, not just about objective deprivation but relative deprivation. This is a feeling shared by millions, who think that they are losing out relative to others, whether affluent elites, immigrants or ascendant workers in other parts of the globe. This is as much about feelings of dignity, esteem and respect as objective outcomes like incomes and GDP.

Third, many people worry about both the pace and scale of demographic change; anxieties that are anchored not just in economics but flow from a perception that this rapid change is overturning national identities, cultures, traditions and ways of life.

And, fourth, we are entering a new era of ‘dealignment’, in which people’s bonds to the main parties are weaker. This is making it easier for challengers to rally support and our politics more volatile. These long-term, deep-rooted shifts are why populists will continue to find receptive electorates for many years to come.

Back in Italy, Salvini might have failed to cause an upset in Emilia-Romagna but once again he walked away with his highest ever vote in a region that has been dominated by the left for more than half a century. Like populists in other left strongholds in Europe, from England’s Red Wall to France’s industrial heartlands, Salvini has been sinking roots for some time; he took 19 percent in this region in 2018 and nearly 34 percent at European elections last year.

This comes off the back of Lega’s record result at the 2018 election, its strongest ever result at the European parliament elections in 2019 and a string of record results in the regions of Aosta Valley, Abruzzo, Basilicata, Piedmont, Lombardy, Sardinia, South Tyrol, Trentino, Fruili-Venevia Giulia and Umbria, another left stronghold.

It all feels so familiar to those of us who watched Nigel Farage chip away at Labour’s Red Wall before it collapsed at the UK’s 2019 general election. The left may be able to turn the tide but the battle looks set to be a long one.

In the shadow of another election in Europe, and an emboldened president Trump, it still feels as though many are struggling to find a convincing reply to populism and the grievances that underpin it. ‘Let’s start again,’ tweeted Salvini as he boarded a train departing Emilia-Romagna. ‘He who hesitates is lost.’