Let’s call the Russian collusion ‘hoax’ what it really is 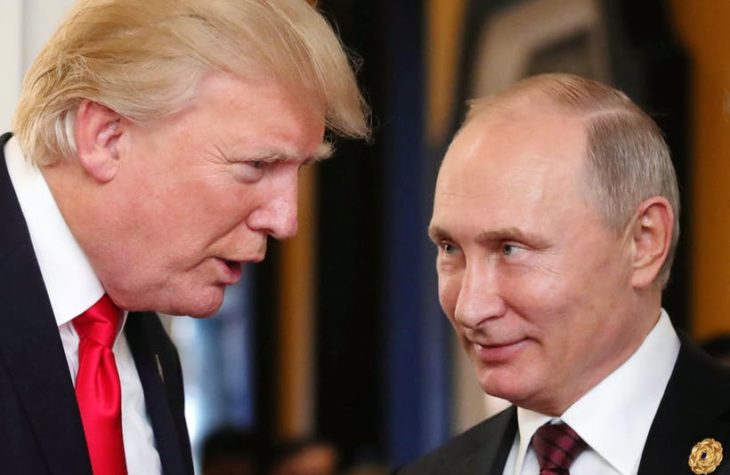 Let’s call the Russian collusion ‘hoax’ what it really is

During the Japanese bombardment of Shanghai in 1932, the Austrian essayist Karl Kraus was anguishing over the placement of commas in a column. It might seem futile at such a moment, he told a friend, but ‘if those who are obliged to look after commas had always made sure they were in the right place, then Shanghai would not be burning.’

Hyperbolic? Perhaps. But the general point holds: words matter, as do the their appurtenances, punctuation. (After all, ‘Let’s eat Grandma’ means something quite different from ‘Let’s eat, Grandma.’)

George Orwell made a kindred observation about the...

During the Japanese bombardment of Shanghai in 1932, the Austrian essayist Karl Kraus was anguishing over the placement of commas in a column. It might seem futile at such a moment, he told a friend, but ‘if those who are obliged to look after commas had always made sure they were in the right place, then Shanghai would not be burning.’

Hyperbolic? Perhaps. But the general point holds: words matter, as do the their appurtenances, punctuation. (After all, ‘Let’s eat Grandma’ means something quite different from ‘Let’s eat, Grandma.’)

George Orwell made a kindred observation about the importance of having the courage to call things by their real names. Euphemism, the counterfeit of good manners, is the enemy of truth, which is the only ally worth having.

Anyway, we know that if we haven’t locked ourselves in the bunker bulwark, closed our eyes, put our fingers in our ears, and chanted continually the NeverTrump mantras.

I myself have deployed the term ‘hoax’ to describe what happened to Donald Trump and his colleagues — and to the American people — during and after the 2016 presidential campaign. But a couple of friends have pointed out how inadequate the term ‘hoax’ is for what just happened and — to at least some extent — is still happening in the machinery of our government.

According to The American Heritage Dictionary, a hoax is ‘1. an act intended to deceive or trick’ or ‘2. Something that has been established or accepted by fraudulent means.’

The spectacle of round-the-clock hostile media coverage of the Trump-Russia fantasy certainly was intended to ‘deceive or trick.’ And certainly we learn almost every day a little more about how the various investigations were started on the basis of ‘fraudulent means’ (here’s looking at you Christopher Steele).

But thinking about it, I conclude that the term ‘hoax’ is wholly inadequate to describe the enormity of the political scandal that was perpetrated against Donald Trump, against the office of the president, and ultimately against the American people.

For one thing, the word ‘hoax’ implies something jocular or prankish. The joke might be malicious, but it is still intended to be humorous. There was nothing at all humorous about what just happened in our political life, though the hysteria of the anti-Trump chorus — the pussy-behatted females complaining about how ‘crude’ Trump was, the ‘comedian’ who paraded about with a bloody doll’s head representing the president, the tears and imprecations and jeremiads disgorged by the press and by Trump’s political enemies: all that did have a sort of ghastly if pathetic humor about it.

But when we step back and consider what actually happened over the past three years — and, more, what almost happened — it is clear that the word ‘hoax’ does not begin to cover the reality of what I have been calling for many months the greatest political scandal in the history of the American republic.

Does that, too, sound hyperbolic, like worrying about commas when Shanghai is burning? Some people think so. I have several times said why I think they are wrong.

Perhaps the best way of summarizing my disagreement is by suggesting an alternative to the word ‘hoax.’ It’s not a novel suggestion.

On the contrary, it’s often been used in concert with or as a synonym for ‘hoax.’ But I think it is a better word in this context because it expresses the malign intention behind the multifarious activities directed against candidate Trump and then President Trump. The word I have in mind is ‘coup.’

Again, I know that that is a dramatic, maybe a melodramatic, word. But I think it accurately expresses the deliberate effort by actors in the Obama Administration, including by President Obama himself, to assure Hillary Clinton’s victory by destroying the reputation of Donald Trump. ‘Most presidents leave office,’ the commentator L. J. Keith recently wrote, ‘and essentially step back from public life. Not Barack Obama. Shellshocked by Hillary Clinton’s loss, Obama, Brennan, Clapper, Comey, and Clinton set in motion a series of events that will forever tar his presidency, and decimate the concept of a peaceful transition of power.’

There have been scores if not hundreds or even thousands of columns written about every aspect of this complex story. We all know by now about the deployment of shadowy characters like Alexander Downer, the former Australian Ambassador to the UK and Hillary Clinton supporter (Downer engineered a $25 million contribution from the Australian government to the Clinton Foundation). Downer had drinks with George Papadopoulos, a minor Trump campaign aide, and thereby helped get the ball rolling on the Russia investigation. For a nanosecond, the New York Times said that was where it all started.

But Downer was just the tip — or maybe just a tip — of the iceberg. One of the remarkable things about this story is how many people it has involved and how long it has taken to get a full headcount of the anti-Trump team. Remember when Joseph Mifsud’s name first surfaced? Or Stefan Halper’s? Remember when we learned about Peter Strzok and his alleged paramour, Lisa Page? Then there was Bruce Ohr, former associate deputy attorney general: he had his part to play in the drama, too. But wait! It turned out that his wife is Nellie Ohr and that she worked for Fusion GPS, the company that hired Christopher Steele. Gosh. And what about Steele himself? When we were first introduced to him, he was a former British spy, a ‘highly respected’ operative, who had got the goods on Donald Trump.

Remember how long it took before we learned that Steele had been paid by the Democratic National Committee and the Hillary campaign, and that his dossier was not just ‘unverified’ and ‘salacious,’ as James Comey put it, but was in fact nothing but a scurrilous piece of opposition research made up out of ‘random’ scraps of gossip that Steele had assembled from highly dubious sources? Nevertheless, it was the dossier, and nothing but the dossier, that provided the unverified ‘evidence’ for the supposedly ‘verified’ FISA warrants to spy on Carter Page, an American citizen, and hence to spy on the campaign and then the administration of Donald Trump.

And on and on this kaleidoscopic onion has gone, as one layer after the next has been peeled back only reveal another layer and additional personalities.

Finally, however, I believe we are nearing the hollow center of the onion. The dogged Attorney General William Barr is proceeding methodically, inexorably to lay bare the origins of the spurious Russia investigation.

There are still many details we do not know. Some we may never know. And dogged though Barr may be, many of the principal actors in this attempted coup will probably never be held to account. Will Hillary Clinton? Will Barack Obama? I doubt it.

In fact, it was not so long ago that I was resigned to the eventuality that no one would be held to account, not John Brennan or James Comey, not Peter Strzok or Lisa Page, not James Clapper or Sally Yates or Samantha Power.

Barr’s arrival on the scene has made me rethink my resignation. But whatever happens to those individuals, it now seems clear that Barr’s investigation will reveal for all to see that what began in 2016 or even 2015 and continued until and beyond the day that Robert Mueller deposited his nearly 500-page report clearing the president of ‘collusion’ was not a hoax at all. It was an attempted coup.

We should face up to that unpleasant fact and call things by their real names. The actions taken by the Obama administration threatened not just Donald Trump and his presidency but the very processes and protocols by which the peaceful transition of power has been effected in the United States. As L.J. Keith observed, ‘Even in the most contentious elections and after disputed results, there was never been this sort of dangerous, systematic, deliberate rejection of the will of the people. The abrogation of the constitution to use extrajudicial methods to destroy the incoming president. It is the very definition of a coup.’

Indeed. So let’s call it what it is. A coup. 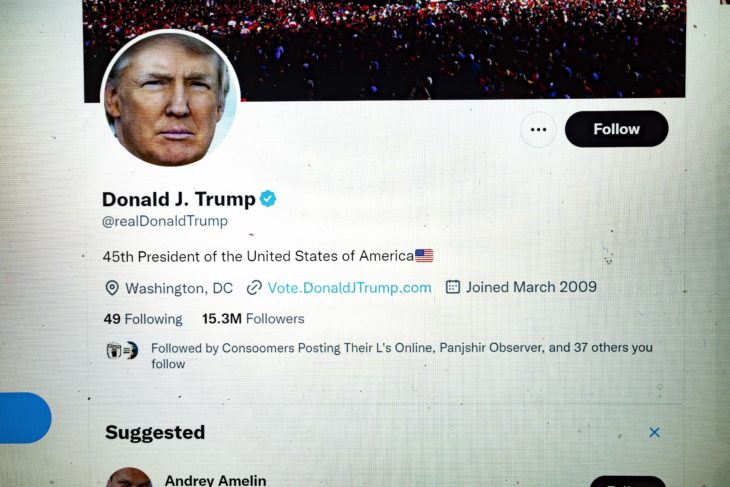