Plus: Washington’s mad dash to Christmas 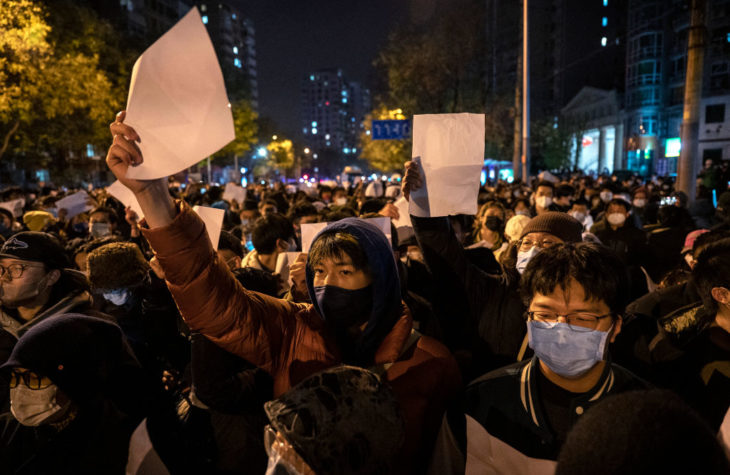 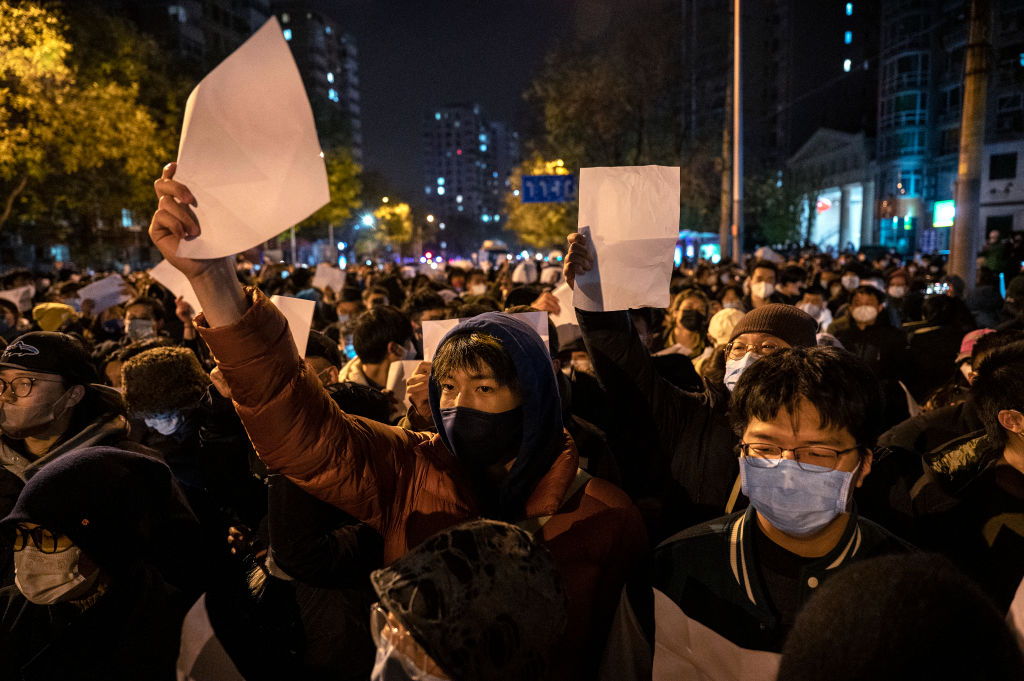 In the last few days, growing Chinese frustration at the country’s draconian zero Covid policy has bubbled over. Just weeks after Xi Jinping set his regime on an even more authoritarian and nationalistic course at the Chinese Communist Party’s twentieth national congress, protests have erupted in cities across China.

The proximate cause of this wave of anger seems to have been a fire in an apartment block in Urumqi, a city in Xinjiang. Ten died and footage appears to show lockdown measures delaying firefighters trying to save the residents’ lives. And the scale of the protests make this the most significant expression of dissent in China in years.

The Spectator’s Cindy Yu asks whether the protests will force Beijing to change its approach to Covid. “Perhaps — even authoritarian governments need to monitor and respond to public opinion,” she writes. “But most likely Beijing will blame incompetent or overly bureaucratic local officials (who are consistently the government’s most effective human shields).” As Cindy explains, Xi is stuck in a trap of his own making. “No reopening can happen without Beijing being confident that the country’s healthcare system won’t be overrun and that its leaders won’t be blamed for mass deaths. And none of that can happen without better vaccine coverage.”

So far, the demonstrations have lead to an easing of some Covid measures in a few cities. But the protests are about more than just pandemic policies, of course. Indeed, the really telling thing is the emphasis on censorship, authoritarianism and, in some cases, Xi Jinping himself. Protestors are holding up blank sheets of paper, a comment on free expression in China that takes its cues from Hong Kong demonstrators — and speaks for itself. College students have devised an especially elaborate way to affirm their support for freedom: holding up printouts of a scientific equation because of its name: the Friedmann equation. Elsewhere, footage shows protestors chanting “Communist Party step down, Xi Jinping step down.” Given the sophistication and ruthlessness of China’s surveillance state, these are acts of breathtaking bravery.

As for the Biden administration’s response, a National Security Council spokesperson this morning criticized Beijing’s approach to the pandemic, arguing that “we think it’s going to be very difficult for the People’s Republic of China to be able to contain this virus through their zero Covid strategy,” and affirmed “the right to peacefully protest, here in the United States and around the world. This includes in the PRC.”

For Biden, he now looks out at the world and sees two major geopolitical adversaries — China and Iran — facing serious internal disturbances. Whether it’s Iranian women removing their headscarves or Chinese citizens exasperated by never-ending lockdowns and censorship, demonstrations of humankind’s irrepressible hunger for freedom are heartening. Even if that encouragement is swiftly followed by trepidation about the reprisals that will follow.

Congress returns from Thanksgiving today and the end-of-year lame-duck session is set to be a busy one. At the top of lawmakers’ to-do lists is government funding, which expires in mid-December. They must decide whether to pursue a comprehensive deal to fund the government for a full fiscal year, or whether they will settle for another continuing resolution to kick the can down the road.

Also on the docket: changes to the Electoral Count Act, and a vote on the Defense of Marriage Act. Then there’s the annual National Defense Authorization Act (NDAA). Bubbling away in the background: the Georgia run-off election and Mike McCarthy’s nail-biter of a fight to become the next speaker.

What is there to say about Donald Trump’s choice of dinner guests last week? The former president claims that he had no idea who Nick Fuentes — a despicable, racist far-right troll — was when he arrived at Mar-a-Lago in Kanye West’s entourage last week. The ignorance is believable. But Trump, having broken bread with such a hateful figure, should at the very least apologize for his mistake and issue a clear denunciation of what Fuentes stands for. That he refuses to do so speaks for itself, and belongs on the long list of reasons why he is unfit to return to the White House. 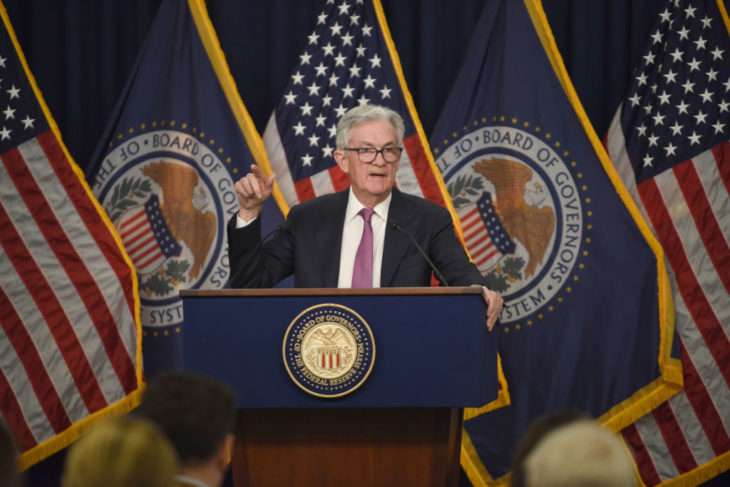