What Trump’s dinner with antisemites tells us about 2024

By all appearances, he got rolled by a white supremacist 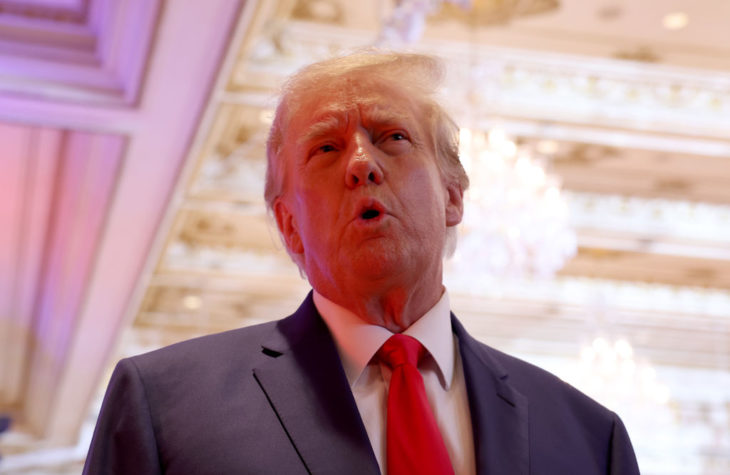 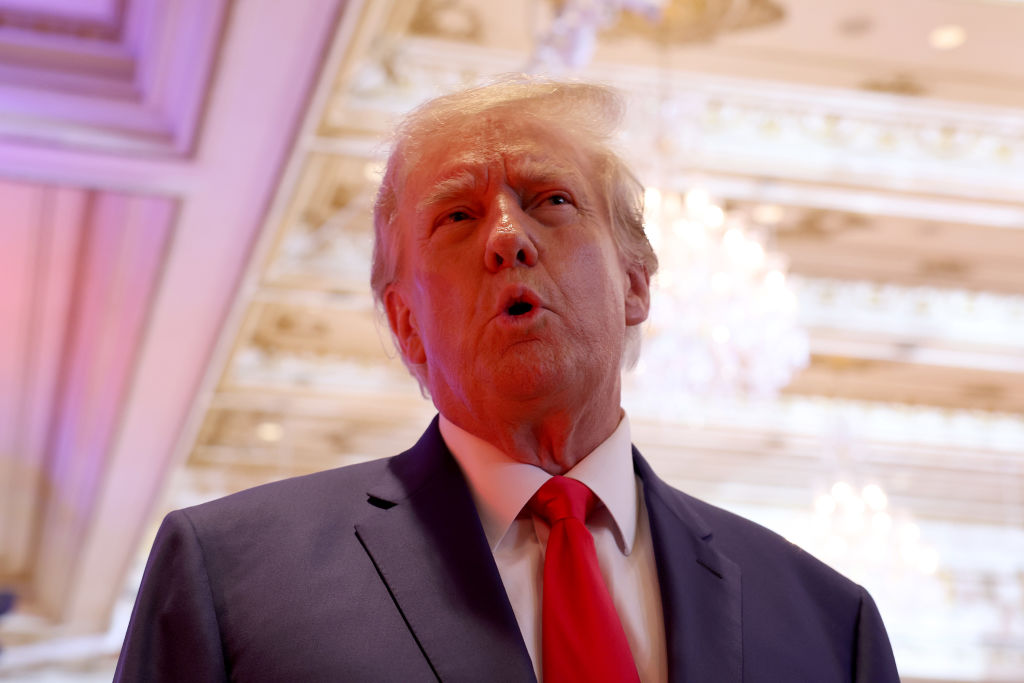 What Trump’s dinner with antisemites tells us about 2024

Well, it was quite a Thanksgiving week at Mar-a-Lago. For those just waking from their food comas, the Cliff Notes version of events is that Donald Trump hosted for dinner not just Kanye West, who of late has appeared utterly out of his mind and uttered deeply antisemitic comments, but also Nick Fuentes, a quite literal Holocaust denier who has compared Jews slaughtered by Nazis to cookies baking in an oven. I guess David Duke must have been busy.
When news of the Tuesday night dinner broke, it unleashed a chorus of justified outrage. Trumpworld went...

Well, it was quite a Thanksgiving week at Mar-a-Lago. For those just waking from their food comas, the Cliff Notes version of events is that Donald Trump hosted for dinner not just Kanye West, who of late has appeared utterly out of his mind and uttered deeply antisemitic comments, but also Nick Fuentes, a quite literal Holocaust denier who has compared Jews slaughtered by Nazis to cookies baking in an oven. I guess David Duke must have been busy.

When news of the Tuesday night dinner broke, it unleashed a chorus of justified outrage. Trumpworld went into immediate damage control. First, it was claimed that Fuentes was not a participant at the dinner, then that he was but Trump didn’t know who he was. We also learned that the antisemitic feast was set up by none other than Milo Yiannopoulos, the alt-right-adjacent prankster who is apparently working for West’s “presidential campaign,” along with former Trump official Karen Giorno, who was also at the dinner.

Much of the most livid outrage came from inside the building, as it were, as Trump officials learned what had happened. One told me they were “mad as hell and ready to kick some ass” over it. Perhaps the lesson here is not everybody can go on Thanksgiving vacation; somebody has to be there to mind the man at Mar-a-Lago.

By all appearances, Trump got rolled here by Ye, Milo, and Fuentes, arguably the most depraved trio since the Soviet Triumvirate. Of course news of the dinner was leaked; of course it was leaked by Kanye’s camp; and of course it was intended to hurt Trump, which it has. Trump claims he did not know who Fuentes was — and who knows? Fuentes has been in the Trump orbit for years, but even he in his own cryptic comments said that Trump “didn’t know I was me.” Okay.

Not that it really matters but reporting from Axios suggests the content of the conversation during this screwball soiree included West asking Trump to be his running mate, Trump telling Kanye not to run and Fuentes, pretending to be a statistician, reeling off polling numbers and criticizing Trump’s announcement speech as too soft. Oh, and Trump profanely attacking Ye’s former wife Kim Kardashian. I like to imagine the waiters were the Animaniacs, but that would probably be too normal.

In all seriousness, there is a very real and important negative consequence of Trump’s stunning lack of judgment in trusting Milo and Kanye. Fuentes’s vile brand of hatred has been given enormous oxygen: for days, liberals and anti-Trump conservatives have been sharing his videos, generating hundreds of thousands of views, in order to show what a horrible person Trump dined with. And you can’t really blame them: it’s a catch-22. The former and possible future president dining with a Holocaust denier is newsworthy, and there is no way to tell that story without benefitting Fuentes. That’s on Trump.

The dinner is telling in several ways, but one is that it gives us a sense of how Trump would like to run his third presidential campaign. Many of his advisors want a more demure and serious Trump to run on his record as president. We saw that in his announcement speech. But that just isn’t who Trump is. Much of his power since his political career began, and even before, lies in his ability to say and do things that should be disqualifying but turn out not to be, from “rapists and murderers” to refusing to condemn a KKK leader to “grab them by the…” And this refusal to be disqualified has played well among many who think the politically correct guardrails of our society and its discourse have become far too narrow.

Trump deserves a measure of credit here. Even in conservative media, he opened up the Overton window to include many voices who had been undeservedly silenced or shunned for views that are contrary to those of the mainstream. When he came down the golden escalator, Breitbart was approximately the far-right flank in respectable conservative media. Today, both through its own changes and because of Trump’s shifting of the ground underneath them, Breitbart is far closer to the center of the right. The right as a whole has a wider array of compelling voices.

Trump, ever the disrupter, would like to continue this effort in defense of free speech and against PC wokeness, but there is a problem. At a certain point, there are no more sane voices left to liberate. Instead there are just hateful wackos who aren’t “just asking questions” but endorsing solutions, like the Final Solution, that society should not be tolerant of.

Dinner with a Nazi will not be the disqualifying moment for Trump. Nothing ever will be — he probably could shoot someone on Fifth Avenue and retain significant support. But these kinds of antics, especially ones where by his own admission he got played, could very well erode his support even among those with a soft spot for him.

The bottom line is: buckle up. Trump is showing us who he is and previewing that his campaign promises to be a winding road as unsavory and offensive as imaginable. But will his voters tolerate it?