A Cuban Missile Crisis spent on the Atlantic

We’ve been lost at sea ever since 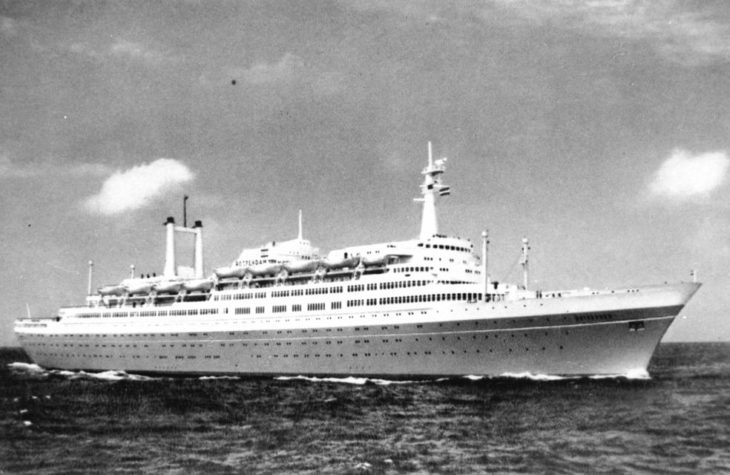 The Rotterdam, circa 1959. Wikimedia Commons 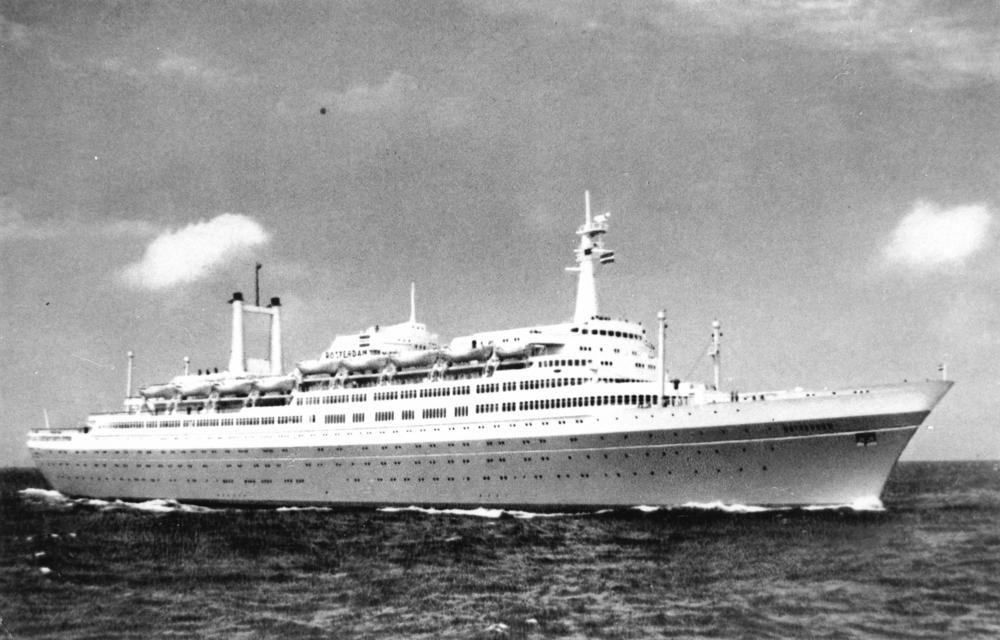 A Cuban Missile Crisis spent on the Atlantic

It is a common thing we have all experienced to be true: events that forever fix themselves in our memory of a certain place. Call it the “I’ll never forget where I was on December 7, 1941 or September 11, 2001” syndrome. On the Sunday Japan attacked Pearl Harbor, my father was on a train passing through western Pennsylvania after a job interview in New York City; he preserved a copy of the Pittsburgh paper to prove it. On the morning of September 11, I was breakfasting at home, awaiting my driver for Dulles International...

It is a common thing we have all experienced to be true: events that forever fix themselves in our memory of a certain place. Call it the “I’ll never forget where I was on December 7, 1941 or September 11, 2001” syndrome. On the Sunday Japan attacked Pearl Harbor, my father was on a train passing through western Pennsylvania after a job interview in New York City; he preserved a copy of the Pittsburgh paper to prove it. On the morning of September 11, I was breakfasting at home, awaiting my driver for Dulles International Airport; due to fly that day, I did not.

This September and October mark the sixtieth anniversary of the Cuban Missile Crisis, and millions of Americans, and others, will no doubt connect that rolling-event with where they were and what they were doing at the time. It is almost always to make a point about how momentous it all was — how very exciting or frightening or simply unique, what it was like to live through “history.” I was fourteen at that particular moment and had reported to me from friends back home their experience of air-raid drills and huddling in school hallways, which supposedly would protect against nuclear attack, and, after school, of hastening home to finish the family’s backyard fall-out shelter. Though I believe the principle holds, I have no literally comparable memory to offer. This is because, at that time, I was no place at all.

Autumn 1962 found me at sea, on October 2, picking arbitrarily from the log, mid-Atlantic somewhere north of the Azores. Thanks due here to the old DuPont Company and my father, its faithful servant, who was being dispatched to The Netherlands on corporate assignment. Into the early 1960s, what turned out to be the last generation of true ocean liners plied the North Atlantic to England and the Continent on weekly schedules — ships built to transport you to a destination for a purpose, not to float you around for fun. They became legends in their time: Cunard’s stately Queens, the speedster United States, the elegant France, the dowager Nieuw Amsterdam. It was still the very dawn of the jet age, when the masses had not yet taken flight, and crossing by sea was routine. The funnels and flags of the great ships on Ocean Liner Row along the Hudson River on the west side of Manhattan were still part of the New York’s identity, while across the water at Southampton’s Ocean Terminal, built in deco style only in 1950 (demolished 1980), dedicated boat trains awaited ship-side to whisk you to Waterloo.

Our passage that tense season sixty years ago was on the new Dutch flagship Rotterdam, launched in 1958 and the pride of Holland. In those days, one of the selling points of a sea voyage (as with train travel, on a different scale) was being out-of-touch, something hard to grasp in our moment of frenzied “connectivity.” You could, of course, make or receive a radio-telephone call or a radiogram, but it was expensive and who wanted to anyway? Steamship companies sold reliable transportation, a high level of personal service, and peace and quiet.

“Leave the office behind and refresh with five full days away from the phone and all to yourself!” ran Cunard’s advertising copy of the time. News of world events (not yet the ubiquitous commodity it has become) reached any voyagers who were interested on a few sheets of cryptic teletype hung each morning on rollers in the purser’s lobby. I do not recall it as a crowded place. Besides, it was off-season, and the Rotterdam was far from full. The passenger list, printed in a small booklet for the information of everyone onboard, listed all voyagers alphabetically, “Achenbach” to “Zgoll,” divided by class of service and indicating port of disembarkation. Everyone was referenced by their honorific: Professor, Dr., Col., Mr., Mrs., Miss or Master. A good number were British and Americans disembarking at Southampton; fewer were for Le Havre, perhaps half the total for Rotterdam. With few other young people traveling in first class, and shy anyway, I spent a good deal of time studying for school, where I would be starting late, and patrolling the great promenade deck, taking in the sea.

The Cuban Missile Crisis, they say, was harrowing for those who lived through it. So is the North Atlantic in a storm, and it was a stormy passage that October. Half of our six full days at sea were posted “Very Rough.” Though Rotterdam was a relatively steady sailor, in a gale she pitched and rolled with the best. Our family divided over this. My mother took to her cabin the second day out and stayed there for much of the voyage. My father and I dined in splendor, alone. Storms were familiar back home, land-locked southern thunderstorms mostly, which could be frightening but always passed quickly. Storms at sea are different, like political crises taking their time to gather and dissipating not all at once: fickle as, yes, weather. At sea, one experiences a storm’s force on two planes, the sky above and the deep beneath. The effect amplifies the most basic reality of being at sea: the sensation of being surrounded by limitless space but of being no place at all. The message is clear. Man is a land animal and not at home here. In a mid-Atlantic storm, even the largest ship seems to grow smaller, more alone. A thousand miles from safe harbor, there is no place to hide.

The showdown over Soviet missiles in Cuba in 1962, followed by JFK’s assassination a year later and the civil rights legislation a year after that, together signaled a storm warning, though one not much heeded at the time. America was coming off some big highs from the forties and fifties, and successful times are tempting to project forward. This was not how it worked out, and we have been at sea ever since. Then still the callow youth and clueless as anyone, I had come from a time and place with abundant landmarks and guardrails. Youth passes though, and the stormy “no-place” where I found myself in October 1962 as the world teetered frighteningly on its axis, seems to me now, looking back, as fitting a “place” by which to remember that moment as all that reported hunkering-down in the school corridors and backyard shelters.

Then still too young to drink or for shipboard romance, even had the opportunity presented itself (“Misses” were scarce on that voyage), I was not too young for another rite of passage every bit the equal of those old clichés and a signifier more solid than the landmarks being left behind in the Rotterdam’s wake. On that honorific-heavy passenger list, my six-year-old little brother appeared, properly, as “Master” Peter Jacobson. But I had crossed over: “Mr.” Timothy Jacobson, disembarking Rotterdam for times ahead and places unknown.