‘All rock ’n’ roll starts and ends with Lou Reed’

Our rock critic has made an album with R.E.M.’s Peter Buck. Here he explains how… 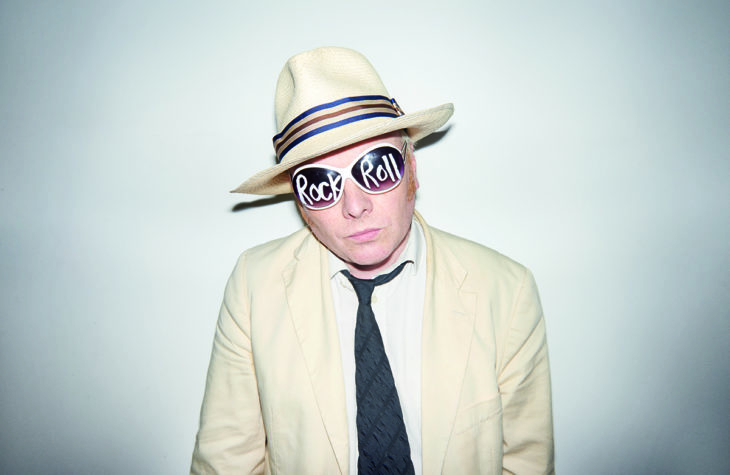 ‘All rock ’n’ roll starts and ends with Lou Reed’

This article is in The Spectator’s March 2020 US edition. Subscribe here.March 2013
I have written a song called ‘Lou Reed, Lou Reed’. It’s a hymn to the man in the title — a petition, as Jim Morrison would have it, to the gods of rock ’n’ roll. The song runs for just two minutes and consists of a three-note, sub-moronic riff and a two-word mantra repeated 71 times. The two words are ‘Lou Reed’.

The song isn’t a hit, but it does cut a bit of a dash. The song’s subject even hears it. I hear from someone...

I have written a song called ‘Lou Reed, Lou Reed’. It’s a hymn to the man in the title — a petition, as Jim Morrison would have it, to the gods of rock ’n’ roll. The song runs for just two minutes and consists of a three-note, sub-moronic riff and a two-word mantra repeated 71 times. The two words are ‘Lou Reed’.

The song isn’t a hit, but it does cut a bit of a dash. The song’s subject even hears it. I hear from someone who hears that he heard it that he likes what he heard. Then, in October 2013, the subject of my song dies. My song, a throwaway, begins a strange afterlife.

‘Lou Reed, Lou Reed’ appears on my new album, New York in the ’70s. It’s a concept album — oh yes! — a love letter to the downtown art world and the CBGB punk scene, written from the point of view of my teenage self, an art-school student living on the south coast of England in the late Eighties. I want to use a photograph of Television’s guitar player, Richard Lloyd, on the cover: Richard in his hospital nightgown, hooked up to a drip in Beth Israel, suffering from a bout of some rock ’n’ roll ailment, smoking a cigarette beneath a ‘No Smoking’ sign. It’s a perfect rock ’n’ roll shot, and a classic New York image.

I contact Richard, and he’s fine about me using the photo. He also sends me a long email about the relationship between oxygen and gelignite. He’s that kind of guy.

A few weeks pass and so do a few more emails with Richard Lloyd. Richard is now less keen on me using his image on my album cover. He thinks that people might think he is me, or I am him. I also suspect that he might think that I think I am him. He is confused that people may be confused, and I’m confused now too.

I decide I will paint the cover myself, so I dig out my old vinyl copy of 1975’s Lou Reed Live, a bad album, the assembled offcuts from 1974’s superior Rock n Roll Animal. Erratic live albums notwithstanding, mid-Seventies Lou always gave great cover, and Lou Reed Live is one of his best. Louche Lou stares down the camera, bathed in glossy silver-gray, wearing oversized shades and a floppy hat. My painting of it comes out OK. Just to ram home the message in the medium, I paint the legend ‘Lou Reed Lou Reed’ in each lens of Lou’s sunglasses. The cover is done. We can all move on, though Richard Lloyd may still be confused.

One day, sitting in my doctor’s office waiting for my baby daughter to have an immunization, I idly contemplate the strangeness of my life. I am a man who makes concept albums about wrestling and members of the Ramones, and who paints the same image of Lou Reed over and over again. (Andy Warhol would have loved this.) As I wonder whether this is a good thing or not, a notification comes through to me on my phone. It’s Peter Buck, who used to be in R.E.M. He would like to buy one of my Lou Reed paintings.

Most great rock music isn’t actually created in an altered state, be that hallucinogenic, opiated or inebriated. Some rock music is born out of what we in England call having ‘a few sherbets’ — in other words, a pub idea. (‘Sherbet’ derives either from the Persian sharbat, a cooling sweet cordial, or the Cockney rhyming slang ‘sherbet dip’, meaning sip.) After exchanging a few emails with Peter, who I’ve never met before, and consuming seven sherbets of wine, I decide that it will be a good idea if Peter and I write and record an album together.

Peter comes back to me and says he’s really busy. This is genuine. Peter is always busy. Peter is always working on several records at a time or going on grueling tours. Ah well, I think, nothing ventured nothing gained, and set about another painting of Lou Reed.

A few weeks later another email from Peter drops into my inbox. It’s a rough demo — electric guitar and an ancient Univox drum machine. It would seem that we are off.

I conjure up a tune and words about Jack Parsons, the mysterious Pasadena rocket scientist and occultist of the 1940s who influenced L. Ron Hubbard, the founder of the Scientology cult. Hubbard, who went on to steal and marry Parsons’s mistress (and sister-in-law), was in thrall to Britain’s silliest man, the occultist Aleister Crowley, known first to his mother and then to his minions as ‘the Beast’. This was decades before Jimmy Page of Led Zeppelin was to take his unhealthy obsession with Crowley to its unnatural end by buying the Beast’s lair, Boleskine House on the shore of Loch Ness.

Jack Parsons accidentally blew himself up in his home rocket lab in 1952. Old Jack seems to me a gateway avatar to our own modern world and the answer to a question of the kind asked by Crowley, Hubbard and Page, but rarely asked today: ‘What if you combine science and the occult? What if you send a rocket to Mars and into the mystic?’

Down on the ground, my pub idea is starting to become a reality. Another thing that has become a reality is the backlog of 71 postcard-sized Lou Reed commissions that I have yet to paint.

Over the rest of 2017 and into 2018, Peter and I have been repeating the process, emailing bits of songs to one another, gradually building everything up. Peter and Scott McCaughey — ex-R.E.M. and The Minus 5 legend — work from their end (Portland, Oregon). I add vocals and overdubs from my end (north London). By early summer we’re ready to add live drums to everything. Linda Pitmon from the Filthy Friends is called to Scott’s basement to spend a ‘very rushed afternoon’ laying down the drums for ten songs. All I have to do now is sift through the many tracks we’ve recorded and mix them. I have yet to actually meet anyone in the flesh who is involved in this record. I still have around 30 postcard-sized Lou Reed paintings to do.

Mixing is the stage in making a record when you find out whether your album sucks or not. In the underused analogy between rock ’n’ roll and pottery, you put your pot in the kiln and you come out with either something by Josiah Wedgwood or an abomination made by a fat-handed fiveyear-old that even a besotted parent would scoff at. Scott edits up the rushed afternoon drum session and sends it over to me, and I stir the pot. After a few months staring at a computer screen, going crazy listening to backward cymbals and wondering whether the recorder parts could benefit from having a phaser effect on them, we are done. No one will be laughing at our pot.