Heredity is only half the story

Blueprint: How DNA Makes Us Who We Are by Robert Plomin reviewed 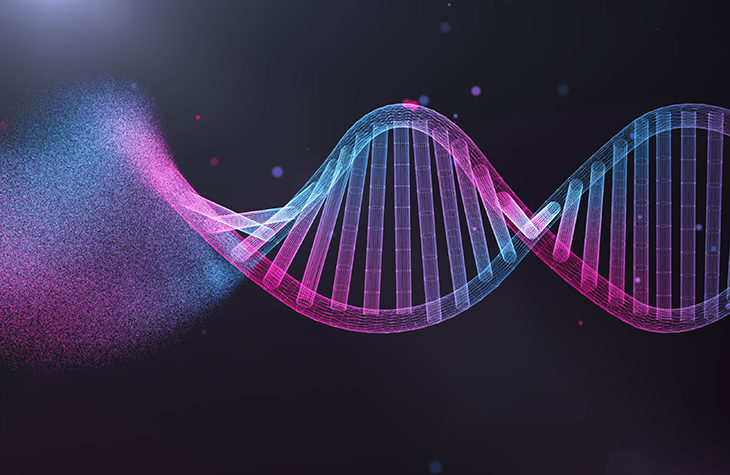 Heredity is only half the story

The Romans invoked Fortuna, the goddess of luck, to explain the unexplainable; fortune-tellers study tea leaves to predict the unpredictable. In Blueprint: How DNA Makes Us Who We Are, Robert Plomin defies the ancients and the mystics, promising that your fortune can be predicted and explained by your genes.

Plomin is a psychologist who built his scientific reputation on twin and adoption studies of intelligence, academic achievement and mental health problems. In a book that urges working ‘with the grain’ of your unique gifts, Plomin’s talents as a scientist are clearest in the first half of...

The Romans invoked Fortuna, the goddess of luck, to explain the unexplainable; fortune-tellers study tea leaves to predict the unpredictable. In Blueprint: How DNA Makes Us Who We Are, Robert Plomin defies the ancients and the mystics, promising that your fortune can be predicted and explained by your genes.

Plomin is a psychologist who built his scientific reputation on twin and adoption studies of intelligence, academic achievement and mental health problems. In a book that urges working ‘with the grain’ of your unique gifts, Plomin’s talents as a scientist are clearest in the first half of the book, where he narrates the major projects of his tentacular career — first an adoption study in Colorado, then a US-wide study of adolescent siblings, and finally a twin study in the UK.

A reader new to the subject will learn a lot from these early chapters about the logic of twin studies and the ‘big findings’ of behavioural genetics. The biggest finding of all is that ‘everything is heritable’. If you had inherited different DNA, you would be different, and not just different in eye colour and height. You might be smarter and more outgoing; you might watch less TV and drink less alcohol; your wife might not have left you and your dog might not have bitten you.

In large part thanks to Plomin’s tireless scientific pace, this conclusion regarding the ubiquitous impact of nature is no longer all that scientifically controversial. And, as his first chapter describes, it is not really news. Most people already believe that our body weight and intelligence and personality have at least something to do with our genes. Nevertheless, many readers will feel a reactionary thrill while reading Blueprint. Plomin is violating an academic taboo by stating plainly that genetic differences should be taken seriously when we try to understand people’s lives.

There’s a good reason, of course, for this taboo. Genetic research on human behavior is entangled, both in historical fact and in popular imagination, with the horrors of eugenics. Plomin sidesteps this history. He also avoids any mention of race, the typical flashpoint of controversy for genetics books. Both omissions will strike many readers — particularly in America, where racial divisions loom large — as irresponsible. Scientific racism never went away, and any discussion of genetic influence unwittingly attracts a swarm of far-right fanboys. But these omissions could be more charitably interpreted as the product of an author appropriately sticking to what he knows: Plomin’s twin and adoption results really aren’t relevant to understanding racial disparities. Besides, Blueprint doesn’t need to talk about race to stir up controversy.

Plomin scarcely mentions the titular metaphor of DNA as a blueprint, which is just as well. (A blueprint is a technical drawing where each jot has a direct relationship with a single component of the finished product — and so functions nothing like DNA.) Instead, he returns again and again to DNA as a ‘fortune-teller’ that is ‘100 per cent reliable’ and that can ‘predict your future from birth’. The claim of perfect reliability will certainly be news to, say, the US Food and Drug Administration, which warned about the potential for inaccurate results in direct-to-consumer genetic testing. And the claim of ‘predicting the future’ radically oversells the state of the current science. In psychology, the best ‘DNA fortune-teller’ (aka, polygenic score) can predict a child’s future education about as well as her parents’ income can. Better than nothing, to be sure, and a remarkable testament to the progress being made in human genetics. But it’s still a far cry from a fortune-telling device.

Plomin acknowledges this when writing as a scientist (‘prediction of individual differences is not precise’), but the nuance is lost when he returns to being a salesman (‘polygenic scores… can tell our genetic fortunes’.) Ultimately, ‘fortune-teller’ works best as a metaphor for how people interpret their genetic information in the light of what they already believe to be true about themselves. Plomin makes sense of his personal struggles to maintain body weight by noting that his polygenic score for body weight is above average, just as I make sense of the fact that I’m jealous and stubborn by noting that I’m a Taurus.

As if ‘DNA fortune-teller’ wasn’t sufficient catnip for critics, Blueprint also serves up a nature-versus-nurture binary, arguing that the ‘only systematic, stable and long-lasting source of who we are is DNA’. On the other hand, environments shared by children in the same family, such as schools and parents, ‘don’t make a difference’. Insisting that DNA matters is scientifically accurate; insisting that it is the only thing that matters is scientifically outlandish. Counter-arguments come easily, even if we restrict ourselves to the same methods that Plomin embraces. Twin studies clearly show that family environments make a substantial difference to outcomes such as whether people go to college and to which God they pray. And poor children whose ‘DNA fortune-tellers’ predict that they will succeed in education still end up worse off, economically, than rich children who are genetically predicted to fail in education. Are we really meant to believe that education, religion and social class are not part of the making of ourselves?

To education, religion and class we can add culture and nationality. Like most psychological research (including my own), the studies in Blueprint are conducted entirely with WEIRD populations — Western, Educated, Industrialised, Rich and Democratic. (We can add another W for White, given the focus of nearly all behavioural genetic research on people of European ancestry.) Plomin has spent so much time focusing on psychological differences within WWEIRD societies that the ‘systematic, stable and long-lasting’ forces of culture, shared by every participant he’s ever tested, have faded to invisibility. Hoping to understand psychological differences in personality and intelligence within a homogenous group of people, who are all living in a particular place at a particular time, is a perfectly legitimate goal, and one I share. But treating psychological differences between British schoolchildren as if they constitute the entire warp and weft of ‘who we are’ is a thin and frayed conception of the fabric of human identity.

The outlandish claims in Blueprint are all the more curious because they are unnecessary. ‘DNA matters’ is just as interesting as ‘only DNA matters’, with the added advantage of being correct. The finding that everything is heritable raises unresolved philosophical questions about human agency and freedom. The new availability of cheap and non-invasive methods for measuring people’s DNA raises tricky ethical questions about who should have access to the coming avalanche of genetic data. (Your local police department? Your music streaming service? Your dating app?) Plomin’s body of scientific work continues to show us that these philosophical and ethical questions are important, but Blueprint does little to answer them.