Can the Chinese monitor their own citizens when they aren’t out and about all day? 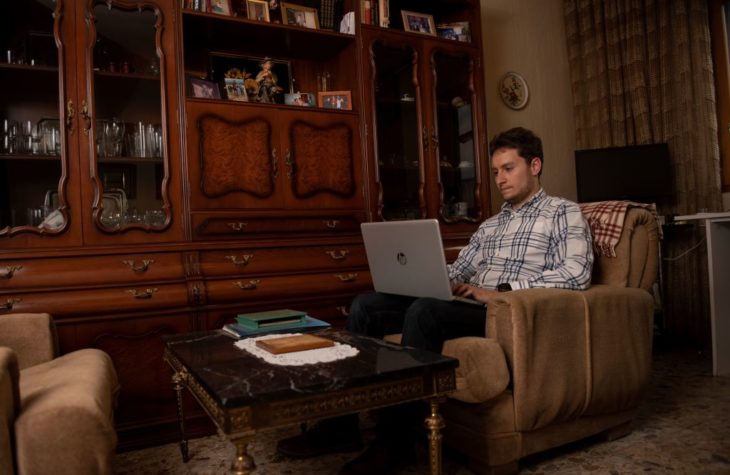 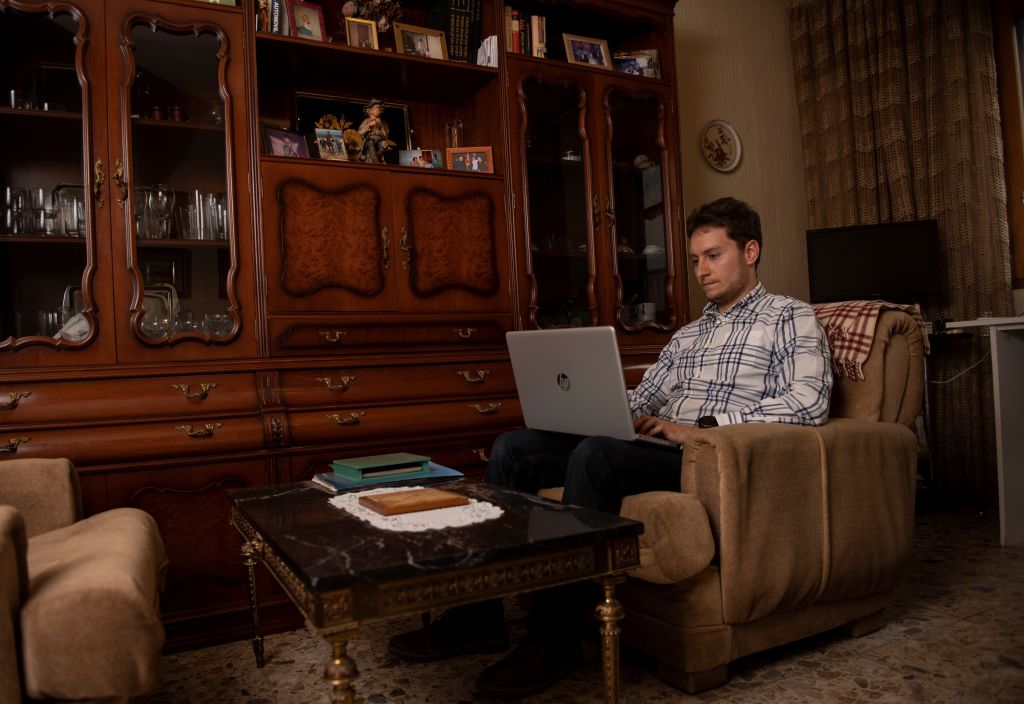 One of the few good things to come out of the pandemic has been the option to work from home (WFH). According to a Stanford University study of 17,000 employees, 50 percent of respondents who stayed at their jobs without commuting wanted to keep working from home at least part-time after Covid. And a September 2021 survey by OwlLabs, a video conferencing platform, found that one in three people who have worked remotely since the outbreak would likely quit if they could not continue to do so.

While undoubtedly pressured by the current worker shortage to...

One of the few good things to come out of the pandemic has been the option to work from home (WFH). According to a Stanford University study of 17,000 employees, 50 percent of respondents who stayed at their jobs without commuting wanted to keep working from home at least part-time after Covid. And a September 2021 survey by OwlLabs, a video conferencing platform, found that one in three people who have worked remotely since the outbreak would likely quit if they could not continue to do so.

While undoubtedly pressured by the current worker shortage to accept WFH as an employment benefit, companies have come to appreciate how decentralized staffing can improve productivity and substantially lower overhead. Even those bosses who worry about the lost synergies of face-to-face contact or how new hires will be supervised are increasingly open to hybrid arrangements balancing the traditional office with home offices.

But for all the recent stories about the WFH trend, none appears to have mentioned what may turn out to be the most consequential political result: a weakening of authoritarian regimes whose survival requires a close and constant monitoring of their own citizens.

Whether it’s China’s state-of-the-art electronic surveillance or Venezuela’s cruder use of undercover Cuban mercenaries, the ability of one-party states to maintain power depends on identifying potential dissidents before they can cause trouble. That becomes much harder when able-bodied workers spend more time in the privacy of their homes and backyards than on commuter trains and buses, at downtown restaurants, and in company offices.

The problem for authoritarian regimes is not that they lack the power to prevent a WFH economy from ever developing. One-party states make their own laws, and the law could simply be “everyone within our borders continues to work in a traditional office.”

But could an autocratic government really leave it at that?

The resulting inability to harness the higher productivity levels associated with a decentralized work paradigm should, by itself, cause any dictatorial regime to have second thoughts about banning WFH. After all, it was neither a military defeat nor persuasive Western propaganda that led to the fall of the old Soviet Union, but rather the successful effort by President Ronald Reagan to dramatically boost America’s GDP with large tax cuts.

Given that the US won the Cold War simply because Russia could not keep up economically, could the modern dictator really just stand by and watch as the world’s most powerful democracy once again gins up its output? According to a recent analysis of multiple WFH studies by the IT and engineering recruitment agency Apollo Technical, “those who work from home spend 10 minutes less a day being unproductive, work one more day a week, and are 47% more productive” than employees still commuting to a central office.

A second problem with dictators stifling a WFH economy has to do with the unwritten social contract between many authoritarian rulers and their subjects — namely that the party in charge gets to stay in charge, but only so long as the country’s overall standard of living continues to improve. In other words, the rank and file give up any real control over their government, but with every year that goes by, they enjoy an even more comfortable material existence.

Undoubtedly the best example of this arrangement is mainland China. Despite the occasional demonstration against an unpopular boss or local official and the well-known protests in both Tiananmen Square and Hong Kong, most Chinese support the Communist Party, which has enabled millions to move from remote farming villages to relatively comfortable cities. Over the last half century, the Beijing government has made automobiles, televisions, cell phones, appliances, and many other consumer goods both more affordable and more widely available.

The open question going forward is whether those who live under authoritarian regimes will continue to accept the absence of a WFH option as part of what they must give up in their unwritten contract with the government. Or, as they see how decentralized work arrangements have improved the quality of life in freer countries, will they come to regard working from home as a necessary part of the material benefits package they have been promised?

One-party governments cannot be comforted by recent research showing just how much the average American is coming to value the WFH option — so much so that those still working without it would forego a 10 percent pay raise just to have it. Presumably, employees in more authoritarian nations will develop no less a desire to be free of the old workplace commute and everything else that goes with it.

And if all this were not enough, consider the growing demographic problem. In most authoritarian states, the fertility rate — the average number of children born to a woman over her lifetime — trends well below the 2.1 rate needed just to maintain the current population level.

And while this same challenge is faced by all industrialized countries — the fertility rate in the US is 1.84, in England is 1.86, and in Australia is 1.74 — it is just 1.6 in Russia. Peking University economics professor Liang Jianzhang calculates that China’s even more worrisome fertility rate of 1.3 will not only continue to drop in the coming years but is on target to become the world’s worst.

When it comes to incentives that might persuade parents to have more children, a 2012 study sponsored by the Spanish Ministry of Education and Culture suggests that a flexible work schedule is by far the most promising solution. It found that women in Belgium, Ireland, the Netherlands, and other countries that restructured their eligibility for social benefits to make part-time employment easier had significantly higher fertility rates.

It’s not hard to understand why providing employed women with a more flexible schedule leads to more births, says Matthias Doepke, a professor who studies family economics at Northwestern University. “Things happen” — meaning that working from home gives a mother the ability to still be with her children during the important and often unpredictable moments, from when the kids are sick to when they have a school performance.

By extension, the most attractive child-bearing environment for women would one in which both parents can exercise a WFH option. The couple could trade off childcare, while cutting down on daycare and other household expenses.

It would be one thing for the leaders of China, Russia, North Korea, and other authoritarian states to continue tolerating their low fertility rates if the rest of the industrialized world did the same. But how will these rulers feel if working from home allows the US and other democratic countries to experience a significant uptick — perhaps even exceeding the 2.1 replacement rate? Declining to follow their lead would mean accepting a slow national suicide.

At a time when Russian troops are massing on the Ukrainian border, Chinese jets intimidate Taiwan, and Iran seems intent on getting nuclear weapons, the idea that any authoritarian government could be destabilized by WFH might seem fanciful. Yet ever since the end of World War II, the free world’s policy of containment — holding the line against aggression while autocratic regimes slowly succumb to Western influences and their own inherent weaknesses — has been very successful.

Democratic countries, led by the US, are on the verge of a profound improvement in the quality of daily life that even the most powerful dictatorships will find they have to accommodate. But not without granting their own citizens the kind of decentralized work environment — and accompanying privacy — that would seriously jeopardize their long-term survival.