No one wins in the race race 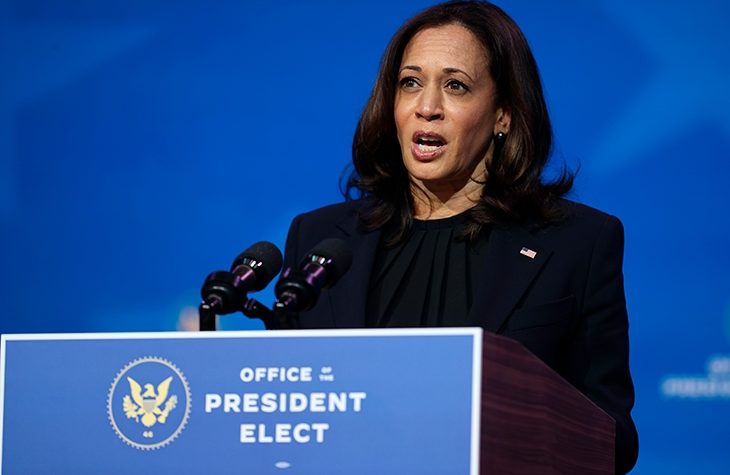 No one wins in the race race

After the explosion of international self-abasement over George Floyd’s killing in Minneapolis, much theatrical soul-searching ensued. So your basic man or woman on the street might have reason to puzzle why it is that in the wake of all this hyper-awareness about race (which the left simultaneously instructs us both does not exist and explains everything), relations between the hues seem only to decay.In order to redress ‘structural racism’, the state of Oregon (impressively still extant, given the determination of both nature and Portland’s antifa activists to burn it down) has reserved $62 million, out...

After the explosion of international self-abasement over George Floyd’s killing in Minneapolis, much theatrical soul-searching ensued. So your basic man or woman on the street might have reason to puzzle why it is that in the wake of all this hyper-awareness about race (which the left simultaneously instructs us both does not exist and explains everything), relations between the hues seem only to decay.

In order to redress ‘structural racism’, the state of Oregon (impressively still extant, given the determination of both nature and Portland’s antifa activists to burn it down) has reserved $62 million, out of a total COVID relief fund of $200 million, for black people. Black individuals who’ve suffered losses from government shutdowns can apply for grants of up to $3,000 per family, while black-owned businesses struggling during the pandemic can qualify for relief up to $100,000.

If you’re familiar with America’s north-western demographics, the first peculiarity that leaps from this weighted state benevolence is its disproportion. This is Oregon. What black people? Only 2.9 percent of Oregonians are black. Yet close to a third of the relief fund is to be administered exclusively to this tiny, sanctified sliver of the population. Per capita, black applicants are bequeathed more than 10 times the financial assistance as residents of other races. Isn’t that ‘structural racism’? Furthermore, by fostering resentment in the unanointed, this is a dubious formula for teaching everyone to get along.

Likewise problematic is the fact that 13.3 percent of the state is Latino. Though more than four times more populous than black residents, Hispanic Oregonians don’t qualify for ‘The Oregon Cares Fund for Black Relief and Resiliency’ — as Maria Garcia, owner of Portland’s Revolución Coffee House, has discovered. Although her profits have withered from coronavirus restrictions, Ms Garcia’s application to the Cares Fund was declined because ‘0 percent of its owners identify as Black’. The café owner is now suing in federal court, arguing that a blacks-only fund violates the 14th Amendment’s Equal Protection Clause.

You’d think that the bald unconstitutionality of apportioning emergency assistance on the basis of race would be cut and dried. Unfortunately, previous Supreme Court rulings — permitting race-based admissions to promote diversity in education and narrowly allowing the use of racial preferences in the awarding of state and federal contracts — have muddied what should have remained clear constitutional waters. In recent decades, the whole foundational American principle of equality under the law has been eroded. So the US now has Bad Racism and Good Racism.

Of course, in the UK, the very expression ‘equality under the law’ draws a stupefied blank. In defiance of this fusty notion that laws should apply without fear or favor to everybody, Britain now preciously ring-fences ‘protected characteristics’ — which means that a completely different set of laws applies to one group as opposed to another. Legally, white straight men live in another country.

This disconcerting entrenchment of racial factionalism as a solution to racial factionalism has also been on display in the coverage of Joe Biden’s appointments-to-be, starting first and foremost with his choice of vice president. The media overwhelmingly celebrated Kamala Harris not for her accomplishments or her politics, but for her sex and race. Biden himself steered the country in an identity-politics direction immediately after he was nominated by declaring that the primary qualification of his VP would be XX chromosomes. Given the fevered Floydian social atmosphere this summer, his subsequent obligation to choose not only a woman but a woman who ‘identifies as black’ was a foregone conclusion from the off.

Post-election, Biden’s picks for cabinet and staff have been scrutinized by media commentators almost solely in accordance with their ‘diversity’: the number of blacks, women, Latinos, gays, etc, and broadcasters keep running tallies of which team is winning. As a stray example among dozens, the Guardian ran a headline in mid-November: ‘Biden’s first staff appointments include five women and four people of color.’ Think-tank Brookings has posted pie charts of previous administrations’ appointees (white, black, Asian, Hispanic, Indian and Arab), the better to keep track of whether Biden will beat his predecessors in the race race. Last week, the NAACP and black Congressional leaders voiced their disappointment that only one of the eight cabinet appointees whom Biden had so far announced was black — despite the fact that black Americans constitute just about exactly one-eighth of the population (if we’re going to be that way — and it seems we are). When Biden’s picks are admired by the New York Times or CNN, they are lauded almost exclusively in terms of his diversity score card.

Broadly, yes, it’s healthy for the government of a racially various country to itself be racially various. And I’m in no position to judge whether any of Biden’s choices for powerful posts who improve his administration’s appearance on a literally cosmetic level are anything other than highly qualified for their jobs. But I am in a position to despair when journalistic colleagues commend these often personally and professionally impressive people purely on the basis of sex or race. Were I appointed deputy chief of staff, I’d be irked to be regarded as merely one more stroke in the female column. Surely distinguished black appointees don’t appreciate being mere strokes in a column, either.

For any institution, diversity is necessarily a penultimate goal. Sitting around being diverse accomplishes nothing. What matters most is how Biden’s cabinet members further the larger goals of his administration.

We’re stuck in a reductive way of thinking that plonks us in camps pitted against other camps, and this hiving off into teams in competition for zero-sum resources — be they COVID compensation funds or cabinet appointments — is only getting worse. Races, sexes, sexual identity cadres and the disabled are being incentivized to operate like trade unions or lobbying factions, whose interests are mutually exclusive and whose relations are therefore, if you will, structurally hostile. We’ve grown so numbly accustomed to raising category over character that we’re forgetting how depressingly regressive this primitive tribal mindset is.