Will 2023 be the year we discover the truth about Covid’s origins? 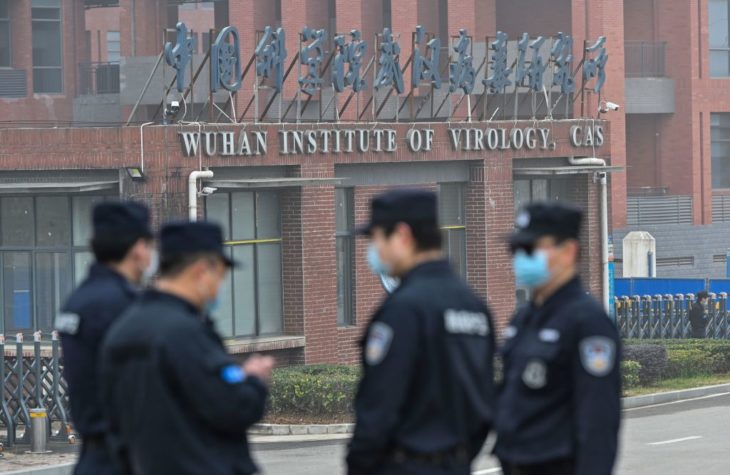 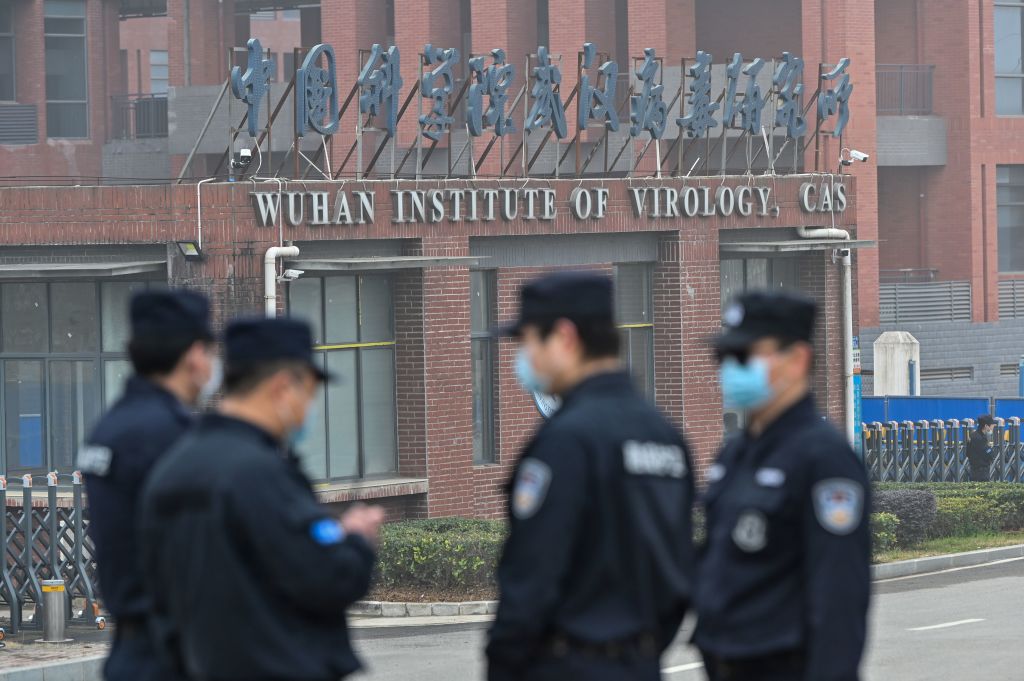 Will 2023 be the year we discover the truth about Covid’s origins?

The search for the origin of Covid-19 has been a story of investigators who suddenly found themselves under investigation.

Virus hunters who had spent years successfully tracking the origins of novel pathogens fell under suspicion of having caused the 2019 novel coronavirus outbreak in Wuhan. An international consortium of scientists, including collaborators in the US, had hunted for novel SARS-like viruses in South China and Southeast Asia, collecting tens of thousands of samples from not only bats but animals and people associated with the wildlife trade or living near bat caves.

In the lab, the scientists grew...

The search for the origin of Covid-19 has been a story of investigators who suddenly found themselves under investigation.

Virus hunters who had spent years successfully tracking the origins of novel pathogens fell under suspicion of having caused the 2019 novel coronavirus outbreak in Wuhan. An international consortium of scientists, including collaborators in the US, had hunted for novel SARS-like viruses in South China and Southeast Asia, collecting tens of thousands of samples from not only bats but animals and people associated with the wildlife trade or living near bat caves.

In the lab, the scientists grew or recreated these viruses and made chimeras to understand how they could infect people. They promised that this work would help to predict and perhaps prevent a future coronavirus pandemic. Yet when a novel SARS-like virus appeared in their own city, they could not explain how it had got there and they did not share their wildlife pathogen database with the public or even their international collaborators. 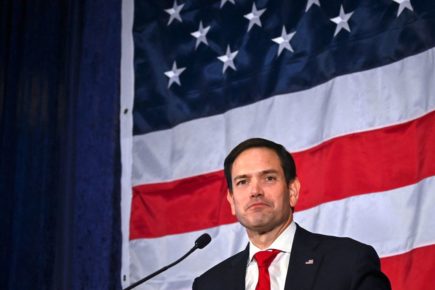 In December 2019, an early cluster of patients was discovered at a local wildlife market. This spurred the authorities to search for more cases that had visited the market or had been detected in the hospitals nearby and the neighborhood of the market. Unfortunately, this ascertainment bias meant that early cases not linked to or residing far away from the market would have been missed. By January 2020, the Chinese CDC announced that the virus had likely come from illegal wildlife sold at that market. A Wuhan virus hunter famously said it was “nature punishing the uncivilized habits and customs of humans.”

Yet Chinese scientists were the first to suggest that the novel coronavirus might have come from a lab, writing on February 6, 2020, “In addition to origins of natural recombination and intermediate host, the killer coronavirus probably originated from a laboratory in Wuhan.” According to recently released emails acquired through the Freedom of Information Act (FOIA), one Australian virologist wrote on February 8, 2020, “I do a lot of work in China and I can [tell] you that a lot of people there believe [the virus escaped from the Wuhan lab] and believe they are being lied to.”

The idea that the pandemic virus might have accidentally leaked from a lab was never implausible. We now know through FOIA’ed emails that numerous virologists and infectious diseases experts worried in private that the virus had come from a lab in Wuhan. One Major General and former president of American Society of Tropical Medicine & Hygiene who had bought the market story wrote in April 2020: “The flimsiness of the epidemiology pointing to the wet market, the absence of bats in the market, the failure to identify an intermediate animal host, the extraordinary measures taken by the Chinese government… to cover up the outbreak, the steps taken to silence the laboratory personnel, the change in leadership of the lab, all point to the lab as the source of the outbreak.”

Later, as more information came to light that risky experiments involving SARS-like viruses had been performed at low biosafety levels, more virologists expressed concern publicly. One virologist who had initially condemned conspiracy theorists suggesting an unnatural origin of the virus told the Wall Street Journal: “I’m convinced that what happened is that the virus was brought to a lab, they started to work with it…and some sloppy individual brought it out… They can’t admit they did something so stupid.” Another virologist who had initially said no lab-based scenario was plausible changed his mind: “That’s screwed up. It shouldn’t have happened. People should not be looking at bat viruses in BSL-2 labs. My view has changed.”

Three years later, we still do not have the evidence that can typically be found when a virus naturally spills over from animals into people and causes an outbreak. There has not been any report of animals originally infected with the pandemic virus and no evidence to suggest such a virus would have been likely to emerge in Wuhan, whether through its markets or local bat population. Despite how explosively infectious the pandemic virus is, spreading uncontrollably in people and animals around the world, investigators have failed to find any trace of it in the wildlife trade in China. Rumors of Wuhan residents snacking on bats or being exposed to bats carrying similar viruses have proven unsubstantiated. (No, Stephen Colbert, the Wuhan Institute of Virology lab was not built there because of the local bat coronaviruses.) The Wuhan virus hunters had to travel far down south to remote locations each year to find viruses closely related to the pandemic virus and bring these back to Wuhan for study.

One bombshell revelation came in the fall of 2021, when it emerged that Wuhan and US scientists had proposed a unique experiment that could have plausibly led to the creation of the pandemic virus. A document sent to the US Defense Advanced Research Projects Agency (DARPA) in March 2018 stated that the scientists would introduce a special feature called furin cleavage sites into SARS-like viruses and assess how these viruses could grow in human cells in the lab. Live SARS-like viruses would be generated using established techniques based on what they found in nature. Less than two years after Wuhan and US scientists had pitched this experiment, a SARS-like virus with a furin cleavage site was causing an outbreak in Wuhan.

One virologist who had worked with the original 2003 SARS virus said of the proposal, “Whether that particular study did or didn’t [lead to the pandemic], it certainly could have… You can’t call back the virus once you release it into the environment.”

The rarity of such a pathogen cannot be overstated. Close to two decades of searching for novel SARS-like viruses has not unveiled any of their kind with a furin cleavage site. Every close relative reported so far is missing this unique feature which confers the virus with pandemic powers. An analogy is that scientists had proposed putting horns on horses, and scarcely two years later a unicorn appears in their very city. It is sighted at the local wildlife market, but this is only one of hundreds of thousands of wildlife markets in China or Southeast Asia. Why the market in the city of the one lab in the world that has been sampling novel SARS-like viruses across eight countries, and synthesizing and modifying these in the lab at low biosafety levels? And why only now — shortly after these scientists proposed putting furin cleavage sites into SARS-like viruses?

Curiously, when the Wuhan scientists found this unicorn, they published a paper describing numerous features of the creature except for its horn. They and even their US collaborators did not tell the public about their 2018 proposal. Instead, in February 2020, their US collaborators initiated a letter and recruited prominent scientists as signatories condemning “conspiracy theories suggesting that COVID-19 does not have a natural origin.” These collaborators’ emails were later obtained by FOIA, revealing their subterfuge: “you, me and him should not sign this statement, so it has some distance from us and therefore doesn’t work in a counterproductive way… we’ll then put it out in a way that doesn’t link it back to our collaboration.”

With a pandemic that has led to an estimated 6.6 million deaths globally and trillions in economic loss over the last three years, it is unthinkable that a formal and credible investigation of its origin has not yet been conducted. A year was wasted while any lab origin hypothesis was degraded as conspiracy theory, anti-science and racist. Part of the reason may be that it has been uncomfortable for scientists (and science journalists) to investigate their own kind. It is reasonable to fear that if we dig too deep, we could discover that pandemic prevention research started this pandemic. A large international community of scientists engaged in virus hunting and high-risk virus research might be blamed. It would be much easier to assume a nameless, voiceless wildlife trader started it all.

In 2023, this inertia may be overcome as the Republicans take control of the House of Representatives and launch investigations. If the pandemic virus did come from research activities that were conducted in collaboration or stimulated by discussions between Chinese and US scientists, evidence may have been present here in the US all this time. And if the investigation is conducted as apolitically as possible and guided by a balanced team of experts on the topic, more vital information about the origin of Covid-19 may soon be within reach.

Alina Chan and Matt Ridley’s VIRAL: The Search for the Origin of Covid-19 is out now in paperback.