Why I (sort of) stopped using the word ‘woke’

Boomers and cable news hosts have drained it of all meaning 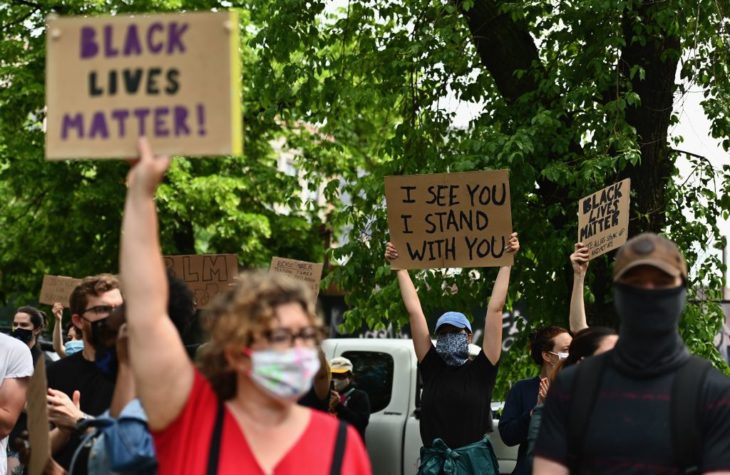 Why I (sort of) stopped using the word ‘woke’

The college campus-born elite ideology that has swept through American institutions in recent years has gone by many names, from “identity politics” and “multiculturalism” to “intersectionality” and “cultural Marxism.” The essayist Wesley Yang coined the phrase “successor ideology,” referring to the doctrine’s replacement of traditional left-liberalism as the hegemonic ideology of the American ruling class. “Critical Race Theory” has become a household name alongside a surge in grassroots resistance to cultural radicalism in public schools across the country.

But no term of art has taken hold quite like “wokeness.”

The college campus-born elite ideology that has swept through American institutions in recent years has gone by many names, from “identity politics” and “multiculturalism” to “intersectionality” and “cultural Marxism.” The essayist Wesley Yang coined the phrase “successor ideology,” referring to the doctrine’s replacement of traditional left-liberalism as the hegemonic ideology of the American ruling class. “Critical Race Theory” has become a household name alongside a surge in grassroots resistance to cultural radicalism in public schools across the country.

But no term of art has taken hold quite like “wokeness.”

It’s difficult to believe now, but “woke” first rose to prominence as a positive descriptor, used as shorthand for ideological allegiance during the first wave of the Black Lives Matter protests in 2014. The word had been in circulation in African-American Vernacular English (AAVE) well before the 2010s — from the 1962 New York Times essay “If You’re Woke, You Dig It” by the novelist William Melvin Kelley to Erykah Badu’s repetition of the phrase “I stay woke” in her 2008 hit song “Master Teacher.” But it didn’t enter the broader popular conscience until the explosion of activist activity after the police killing of Michael Brown. By the time the documentary Stay Woke: The Black Lives Matter Movement hit the scene in 2016, the term was familiar to most young, culturally engaged Americans.

Yet in 2021, it is exceedingly rare to hear the word used in anything other than a pejorative context. “Woke” has become the preferred adjective of its ideology’s critics. They use it to describe the odd milieu of half-baked campus social justice doctrines that have hypnotized the American aristoi.

It’s not entirely clear why the term rose above all the other available options. Perhaps the absurd self-seriousness of its original connotation — that adherents to social justice ideology were party to some gnostic wisdom about the inner machinations of American society, while the rest of the country was still asleep — makes it a good candidate for derogatory use. Or perhaps it’s just less cumbersome than something like “identity politics” or “multiculturalism.”

But whatever the reason — it’s dumb.

I can’t explain why I’m beginning to feel a pang of embarrassment when I call something “woke,” just like I can’t always put into words why Sean Hannity’s self-presentation makes me viscerally cringe. It’s just something about the effect of the baby boomer media sphere; once Bill O’Reilly started calling things “woke,” it was game over for the rest of us.

To be clear, I mean no offense here. I may be an avocado-toast-snarfing twenty-three-year-old yuppie, but I’m also a conservative, which means I’m bound by a certain amount of political gratitude for the baby boomers. Whatever their faults, the continued existence of the boomer voting bloc is the only reason that Florida isn’t governed by a drug-addled sexual deviant. But simply by virtue of their distance from the sources of wokeness — i.e., college campuses and youth-dominated digital spaces — boomers often don’t fully grasp the phenomenon.

As a result, boomer-friendly media presents wokeness in “will-you-get-a-load-of-this-shit” segments — can you believe that they’re making Spongebob a gender-queer black woman?! — rather than bothering to explain or try to understand the deeper sociopolitical forces at play. More often than not, this results in shallow, silly, fundamentally unserious commentary that is distracted by the more trivial manifestations of wokeness rather than focusing on the genuinely insidious ways it is corroding the American tradition of republican self-government. That changes the way the rest of us hear and think about the word.

The function of “woke” for the young generation of would-be revolutionaries in Ferguson, Missouri, was similar to that of “hip” for their predecessors in the 1960s Black Power movement. To be “hip,” for groups like the Black Panthers, was to be in the know — to understand the shadowy forces keeping The Man in power. Speaking as a young right-winger, my side of the aisle uses words like “based” and “redpilled” in a similar way.

But just explaining these terms feels a little contrived. The thing is, words like “woke” and “based” only really work so long as they are insider terms — they become less useful once they are widely adopted. That’s likely why actual woke activists have long since stopped using the word as a term of self-identification. Even among the ideology’s opponents, the mass democratization of the use of “woke” has rendered the word more conceptually flimsy, thrown around by anyone to describe just about anything. It no longer means much at all.

That’s why I’m resolving here and now, dear reader, to try to use the word less. Of course, I’m incapable of thinking of a better term. So I’m still going to use it. But I’m going to start making fun of other people for doing the same. Is that hypocritical? Very well then — I contradict myself. I contain multitudes.