Why is Biden giving up on nuclear deterrence? 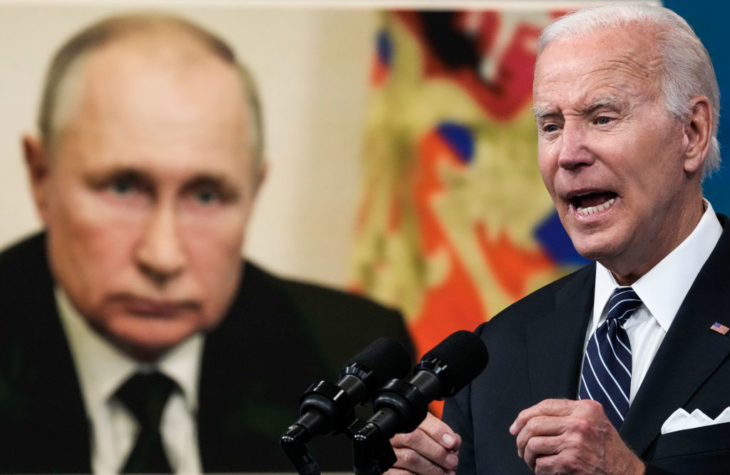 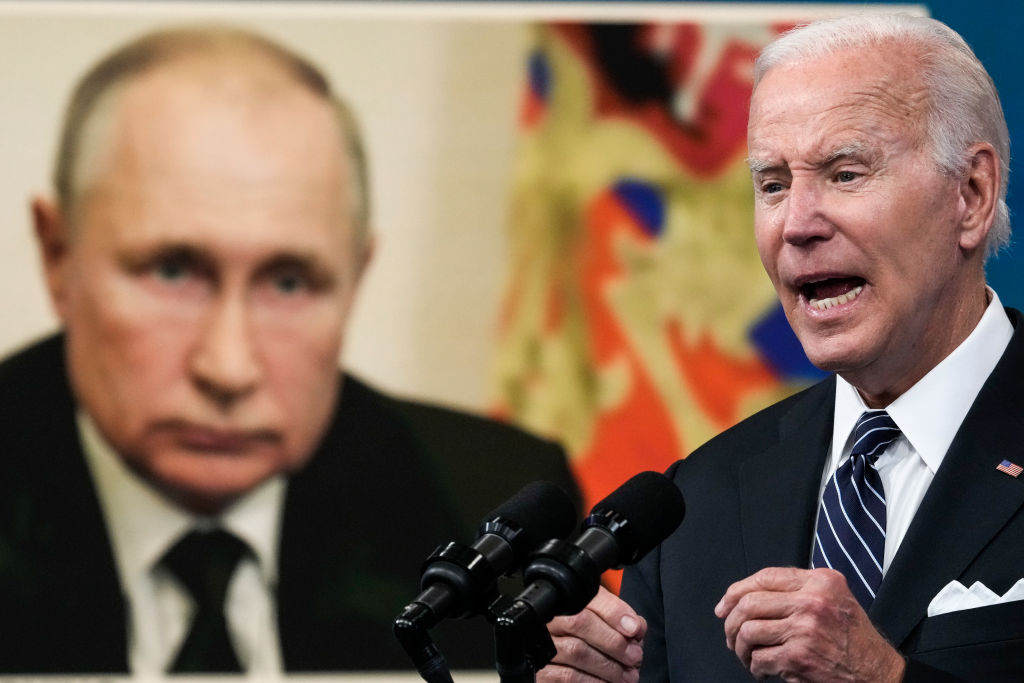 Why is Biden giving up on nuclear deterrence?

What’s more alarming than President Trump trying to frighten Kim Jong-un with “fire and fury”? President Biden trying to frighten Americans with Putin. “I don’t think there’s any such thing as the ability to easily [use] a tactical nuclear weapon and not end up with Armageddon,” the president riffed at a New York fundraiser, while fretting to supporters about his need to find that elusive off-ramp for the Russians.

Biden’s loose talk about Putin’s formidability contrasted with US handwringing fits a pattern.

Pervasive throughout Putin’s war has been far too much focus on what the United States...

What’s more alarming than President Trump trying to frighten Kim Jong-un with “fire and fury”? President Biden trying to frighten Americans with Putin. “I don’t think there’s any such thing as the ability to easily [use] a tactical nuclear weapon and not end up with Armageddon,” the president riffed at a New York fundraiser, while fretting to supporters about his need to find that elusive off-ramp for the Russians.

Biden’s loose talk about Putin’s formidability contrasted with US handwringing fits a pattern.

Pervasive throughout Putin’s war has been far too much focus on what the United States should do to help Putin find these mythical off-ramps, and on how to restrain Ukraine to prevent it from getting nuked. Although this weak approach is rooted in risk-aversion, it could actually increase Putin’s temptation to use a nuclear weapon. It doesn’t just accept as inevitable that Russia will be driven to employ a nuke if Ukraine defends itself too much. It then compounds the temptation for Putin to do it because it reveals the president’s surety that any nuclear employment would necessarily escalate to global nuclear armageddon.

But nobody knows that. The uncertainty surrounding what might happen if efforts to deter a nuclear power fail has caused American strategists to plan for the possibility. This planning has resulted in having sufficient nuclear responses with various yields and ranges to hit military targets (the US does not target cities) to force the enemy to stop and to end the war with the lowest levels of destruction. In other words, we cannot know for sure if escalation can be controlled, but it would be a dereliction of national duty not to try.

This was the explicit view of the Obama-Biden administration. Having various nuclear responses to potential scenarios, and the president communicating his resolve to employ any weapon necessary to defend US interests, is meant to convince our enemies not to cross the nuclear threshold, thereby bolstering deterrence. President Biden seems to have abandoned this approach.

White House officials have said they are sending private communications to Moscow to warn Putin that there will be “grave consequences” for employing a nuclear weapon. According to informed commentary, such “grave consequences” include more sanctions (though Putin surely considered the threat of massive sanctions before he invaded), isolating Russia to true pariah status (Putin has resorted to war crimes and has reached out to North Korea for help; he hardly seems affected by the label “pariah status”), and sending boosted lethal conventional weapons to Ukraine.

That third option might sound credible, but it’s actually terribly weak. The US has already released to Ukraine more capable systems piecemeal due to the Biden White House’s risk aversion. The longer-range guided missiles and more capable drones that Zelensky has requested are the kinds of weapons that we should be providing Ukraine right now if we genuinely want them to win. But the White House has so far withheld these weapons. Delivering them would hardly qualify as a sufficient response to a nuclear attack.

The rumored most robust option on this speculative list is for the US and its allies to destroy Russian forces that are in Ukraine. This has the highest possibility of deterring Putin relative to the other options. Retired General David Petraeus put it this way: “take out every Russian conventional force we can see and identify on the battlefield in Ukraine and also in Crimea and every ship in the Black Sea.” Not to nitpick the General, but Crimea is Ukraine. But more importantly, do we have high confidence that Putin will be sufficiently deterred by this threat? Perhaps he will. It should be on the list of options. But what if the reason the White House feels comfortable threatening it is precisely because it would not be enough to finally defeat Putin in Ukraine, failing to foreclose the mythical offramp they think we have the responsibility to provide?

A conventional US-led response in Ukraine could even rally Russians at home and prove Putin’s gambit correct: that he can employ a nuclear weapon in an imperialistic campaign and it will not elicit a truly punishing response from the only country that can get him to desist. And given the perceived success of the gambit, perhaps then he employs another nuclear weapon, and another.

Public redlines are unwise, as is bluffing. But if the Biden team is privately providing Russia with a menu of possible US responses, it would be wise to include the possibility of destroying the military targets enabling Russia’s war campaign wherever they are and not just in Ukraine, as well as nuclear retaliation. Even if the Biden White House is mostly sure it would not respond in this way, they cannot know for certain right now — nor should they say it out loud. Our response is highly contingent on what Putin does. Biden officials should not be simplifying Putin’s calculations or allaying his fears about how badly this could go for him.

According to Putin himself, his goals are far more expansive than subjugating Ukraine. He seeks the destruction of American power in Europe and beyond. Putin’s cooperation with China’s Xi Jinping is only intensifying. It is in the interest of the United States to stop Putin’s imperialism now, to back Ukraine to victory, and to reinforce the deterrence that has helped to keep nearly eight decades of nuclear peace.