Why does America have so many secrets? 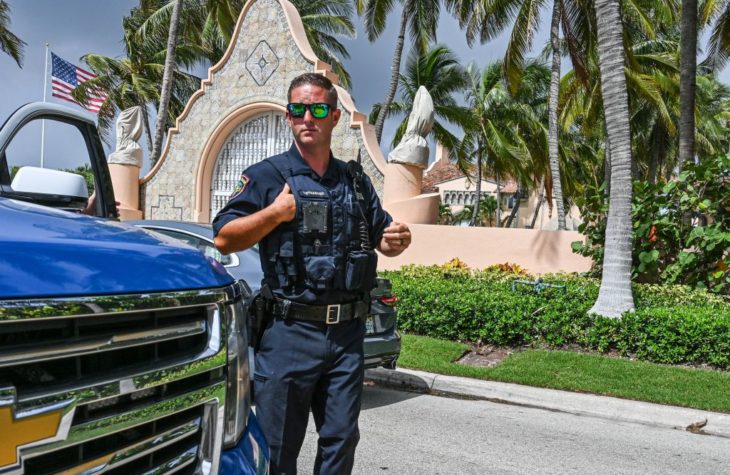 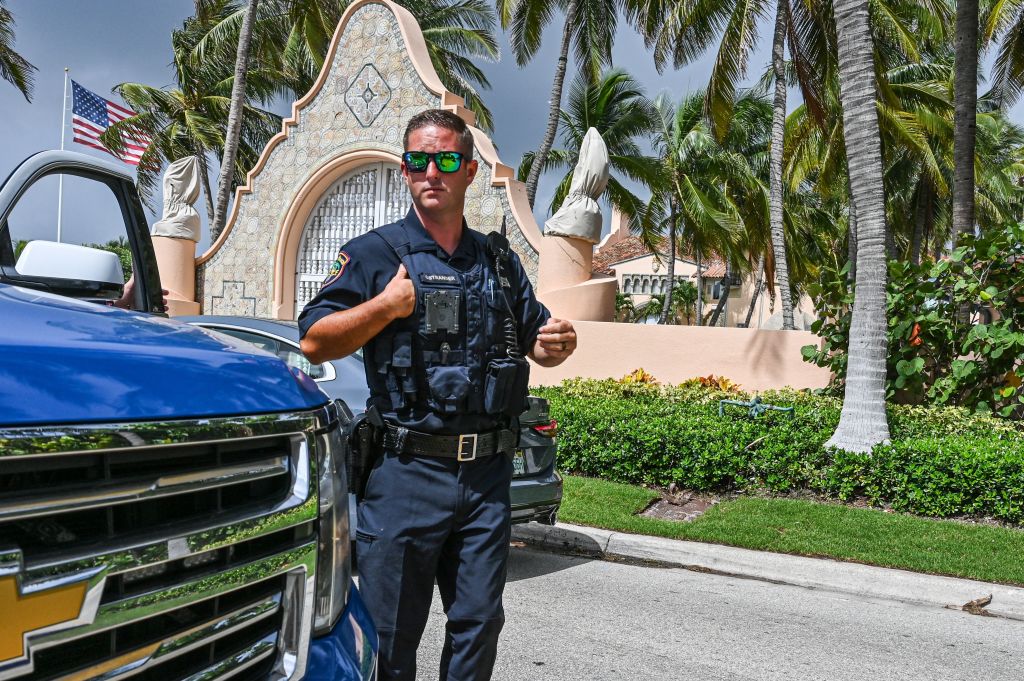 Why does America have so many secrets?

Let's commit a potential crime: "Every day the Iraqis turn out military communiques threatening 'severe punishment' against Iran." That line is classified, albeit from 1988. It was put into the public sphere via Wikileaks but never officially declassified. Technically it remains classified even though it is a click away.

It illustrates that if there are three things that most everyone in government agrees on, they are: a) there are too many classified documents classified too highly; b) no one is going to risk their neck to be the first to start classifying less; and c) handling...

Let’s commit a potential crime: “Every day the Iraqis turn out military communiques threatening ‘severe punishment’ against Iran.” That line is classified, albeit from 1988. It was put into the public sphere via Wikileaks but never officially declassified. Technically it remains classified even though it is a click away.

It illustrates that if there are three things that most everyone in government agrees on, they are: a) there are too many classified documents classified too highly; b) no one is going to risk their neck to be the first to start classifying less; and c) handling all that classified information is a major problem even for those trying to do the right thing.

In 2010, Congress passed the Reducing Over-Classification Act, which mandated several steps to improve classification practices. But in a minor act of legislative malpractice, Congress failed to define the meaning of the term “overclassification.” So it’s not entirely clear what the Act is to reduce.

Eight blue-ribbon government commissions have addressed the subject of overclassification, never mind literally hundreds of agency task forces, each of which deemed overclassification rampant. As recently as 2017, the Information Security Oversight Office (ISOO) at the National Archives and Records Administration (NARA; the people now seeking possession of the classified documents once held at Mar-a-Lago) concluded that “too much classification impedes the proper sharing of information necessary to respond to security threats, while too little declassification undermines the trust of the American people in their government. Reforms will require adopting strategies that increase the precision and decrease the permissiveness of security classification decisions and improve the efficiency and effectiveness of declassification programs.”

In addition to better government, less overclassification will save money. ISOO estimates that in fiscal year 2017, the government spent $18.39 billion on security classification, while private companies spent another $1.49 billion to work with federal agencies under the National Industrial Security Program. The cost to process a Top Secret clearance is between $3,000 and about $15,000. It adds up.

It works like this: a junior State Department official or young Army captain (the intelligence agencies follow a more complex model given that they deem everything they do to be highly classified) sets out to write a report on Iran. He turns to his classified word processing network because, well, it’s Iran, and selects Confidential, Secret or Top Secret, each heading having pages and pages of definitions under Executive Order 12356 (there are some 2,865 security classification guides out there). He’s heard his boss’s boss doesn’t have time to read anything but important stuff, so selects Secret to try to get some eye-time.

He can then select a handling guide, a designator of who among the 1.5 million Americans holding a full security clearance can actually legally read his document. Choices include LIMDIS — Limited Distribution Only — NOFORN — No Foreign Distribution — LOU — Limited Official Use — SENSITIVE BU — Background Use Only — CONDIS — Controlled Distribution — and a half dozen others. Note the “and,” as he can stack designators, for example, LIMDIS NOFORN.

When our drafter steps over the line into Top Secret documents or deals with intelligence information, he gets a whole new set of handling designators, such as SCI — Secure Compartmentalized Information — or SAP — Special Access Programs — that spells out a very small circle of people who may read what he has written. Information that originates with NATO or friendly foreign governments has its own set of designators.

The list is not endless, but in practice it’s is pretty close. The desire to limit documents to those who “need to know” can have tragic consequences, as was discovered after 9/11 when it was found that the CIA held data that the FBI might have used to stop the attack. Overclassification is a barrier to information sharing at its most critical junctures.

Who is at fault? Who can classify at document? Any of 1.5 million Americans. Who can delete or downgrade a classification? In practice, the head of the originating agency or his designates (for example, the secretary of state for State Department documents) and the president. It is easy to see the problem. Add in that classification is done electronically and initiated automatically, while declassification is a manual process that must be initiated by an individual willing to stick out his neck.

The numbers are staggering: Chelsea Manning leaked 251,287 classified documents from the State Department alone, covering a seven-year period, an average of roughly 36,000 classified documents per year from just one agency, and a relatively small one at that compared to the military. It is possible that no one can really say how many classified documents exist, though one estimate is as high as 49 million.

With so much classified, the real question is how to securely handle the tsunami. A thought experiment: imagine someone hands you a single document and says protect this. You might fold it carefully into a pocket, check to see it is there several times an hour, maybe put it in a safe at night. Now someone hands you 36,000 documents and says protect them at all costs. Then, while you are trying to do that, they keep producing additional classified documents and demanding you handle them properly. Let’s see how it worked in one personal example.

As a State Department official in 2011, I wrote a personal blog, which was then permitted. I linked to one of the 251,287 documents Manning had released into the wild via Wikileaks, a short piece saying Senator John McCain had traveled to Libya several years earlier to sell aircraft parts to Libyan leader Moammar Gaddafi. I had no personal knowledge of the event, building an argument against selling military spare parts to terrorists solely from the Wikileaks-hosted document.

State’s Office of Diplomatic Security charged me with mishandling classified information (the original Wikileaks doc was marked Confidential). Arguments that I did not leak the document, did not ever physically possess the document, that media such as the New York Times were regularly publishing from documents marked classified by Wikileaks, and that the document I quoted from existed on the web for anyone to view, were rejected by State, which referred my case to the Department of Justice for prosecution.

In my defense, the American Civil Liberties Union wrote, “State reveals a penchant for superficially advancing national image at the cost of transparency. At its worst, it is yet another instance of the government making false claims of secrecy to avoid legal and political accountability.” DOJ refused prosecution without comment, and Diplomatic Security moved immediately to punish me internally under existing administrative procedures.

So what does all this mean for Donald Trump?

Of the thousands of documents seized from Mar-a-Lago, about 150 were marked classified. Is Trump going to jail for mishandling this material? Almost certainly not. Classified documents are mishandled all the time. In my own case, the government gave as a comparative example Agency Case No. 2005-0237, where a diplomatic courier lost 12 diplomatic pouches overseas including four bags containing Top Secret documents. A three-day suspension was mitigated to a letter of reprimand.

Can the classification system be twisted to create some sort of courtroom drama affecting Trump? Almost certainly yes. That decision rests with Attorney General Merrick Garland. Trump could be prosecuted for some minor offense of mishandling classified material (though it’s highly unlikely an attorney general from one party would bring such a case against a would-be candidate from the opposing party, at least in American democracy).

There is of course the elephant in the room, the possibility that during his time in office Trump declassified some of the documents, as he was able to do. Given that there is no set declassification procedures created by the various executive orders establishing the classification system, it could as easily come down to Trump’s word that he did declassify the documents against…well, no one’s word, simply a lack of evidence saying the documents were declassified.

Trump could also effectively argue along the lines above, that at least some of the documents were overclassified, misclassified, or no longer needed to be classified. This would take place in some forum, maybe a courtroom, paragraph by paragraph, as most classified docs are usually delineated that way. Remember: while there are negative consequences for improper disclosure, there aren’t for overclassification.

In the Wikileaks case, out of over 251,287 documents released, the Department of Defense was force to conclude due to overclassification and the passage of time that “no real harm” was done to the United States. DOD wrote with “high confidence that disclosure of the Iraq data set will have no direct personal impact on current and former U.S. leadership in Iraq.”

Bottom line is that there is unlikely to be any real smoking gun coming out of the Mar-a-Lago basement. Overclassification and the precedent it has set all but assure Trump’s security transgressions were minor and likely inconsequential.