What has Pelosi’s Taiwan trip wrought?

If Taipei interprets her visit as support for independence, it could trigger a crisis 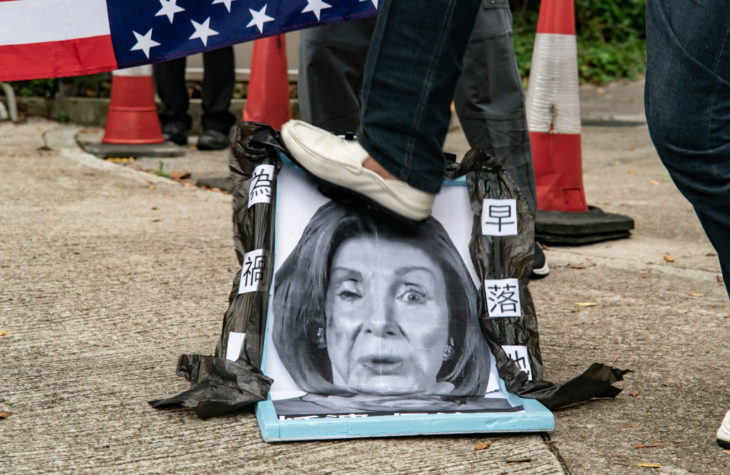 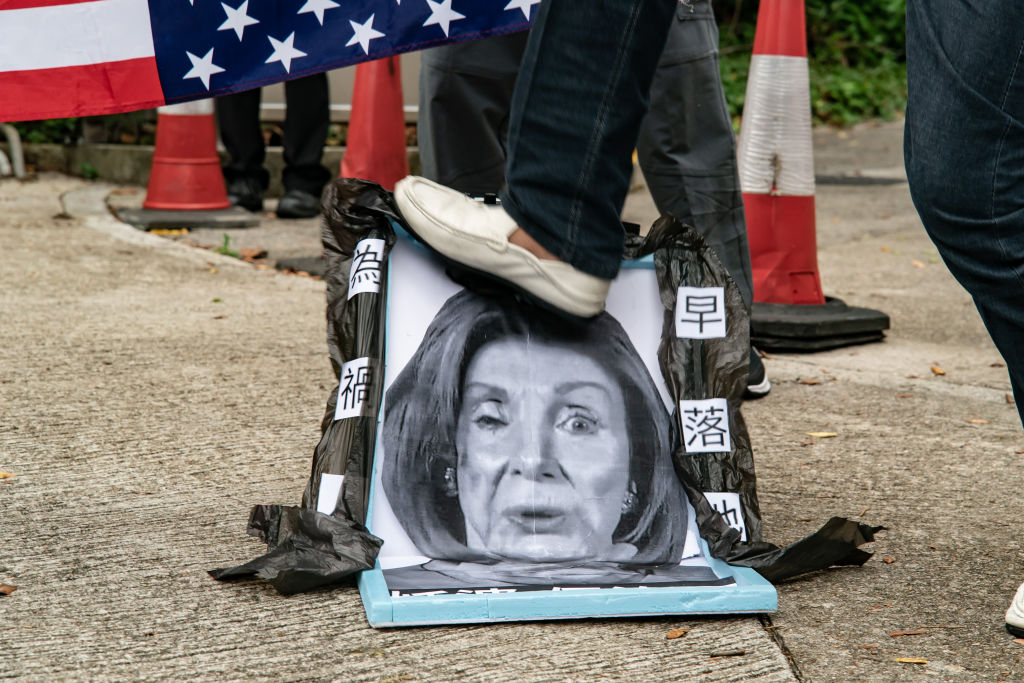 What has Pelosi’s Taiwan trip wrought?

In becoming the highest-ranking American politician to visit Taiwan in a quarter-century, House Speaker Nancy Pelosi has become the dominant foreign affairs news story of the month, eclipsing, if briefly, Russia’s war in Ukraine. Yet beyond all the sound and fury, Pelosi’s trip changed nothing in the cross-Strait balance of power. What it did was to legitimize the “mission creep” bringing Taiwan and America closer together.

Both supporters and critics of the trip were quick to invest Pelosi’s visit with major symbolic significance. Her visit was seen by all sides as a major escalation of American...

In becoming the highest-ranking American politician to visit Taiwan in a quarter-century, House Speaker Nancy Pelosi has become the dominant foreign affairs news story of the month, eclipsing, if briefly, Russia’s war in Ukraine. Yet beyond all the sound and fury, Pelosi’s trip changed nothing in the cross-Strait balance of power. What it did was to legitimize the “mission creep” bringing Taiwan and America closer together.

Both supporters and critics of the trip were quick to invest Pelosi’s visit with major symbolic significance. Her visit was seen by all sides as a major escalation of American engagement with Taiwan, even though the Trump administration sent a cabinet secretary (Alex Azar of Health of Human Services) in 2020 and the Biden administration invited Taiwan’s official representative in the US to the 2021 inauguration.

Beijing is sophisticated enough to know that Pelosi’s visit doesn’t change official US policy, and that the legislative branch is fully independent of the executive. Further, while Pelosi is clearly the most senior American politician to visit in decades, the symbolism may be less than many impute, since just how many even in the US understand her position as Speaker is questionable. It may be as much that Beijing is anti-Pelosi, given her long anti-CCP stance, as it is anti-Speaker.

What really bothers Beijing is that Pelosi’s trip came on the heels of a steadily increasing tempo of interaction between Taiwan and the United States over the past half-decade. It is this general trend that most angers Xi Jinping and his lieutenants. In failing to intimidate her from making the trip, despite an unprecedented public statement of doubt by President Biden, Chinese leaders fear they are losing the ability to isolate Taiwan, to pressure Washington, and to keep other nations from even contemplating following the Americans’ lead. Those that do, like Lithuania, are immediately targeted by Beijing for retaliation.

The main response by China so far has been a massive set of integrated military exercises all around Taiwan, including live firing of missiles that may enter Taiwanese territory and have already landed in Japan’s claimed exclusive economic zone in the East China Sea.

China’s overreaction is reckless, but nothing new from a military standpoint. Yes, any large-scale exercise helps a military learn to operate better, but everyone has long understood that China could likely enforce a blockade of Taiwan. Further, Beijing has steadily encroached on Taiwan’s airspace and water-space for years, so much of the Chinese reaction comes across as little more than frustrated chest-beating to try and regain face. In a way, it mirrors the US reactions after North Korean missile tests: a lot of sound and fury that doesn’t change anything.

This is not to say that the exercises aren’t dangerous and provocative. It is possible that they could frighten off civilian air carriers and merchant shipping. But any long-term effect is unlikely, as once the exercises end, things will go back to normal. Or, China might try to enforce more rigidly the Air-Defense Identification Zone around Taiwan, but most civilian air carriers already comply with the identification demands. It is suggested as well that Beijing might decide to do more of these types of exercises on a regular basis around Taiwan, keeping the island in a perpetual state of nervous tension. That may well be, but it would also greatly risk the possibility of an accident that sparks a true crisis: the accidental downing of a civilian airliner, a cargo or passenger ship sunk in international waters. After some days, maybe even weeks of blowing off steam, Beijing is likely to ratchet down the exercises to ensure that it keeps control of the situation.

On the other hand, if China really wants to put the screws to Taiwan, a true escalation would be to interdict shipping. That, however, would likely be a red line for the United States and the international community, striking at the “freedom of navigation” justifications that lie at the heart of America’s security presence in Asia. It would essentially be an act of war; it would certainly cause the gravest maritime crisis since the Cuban Missile Crisis. The US (in reverse from 1962) would have to decide whether to try to break what would effectively be a quarantine.

As expected, nothing came out of Pelosi’s visit, but that doesn’t mean it wasn’t the right thing to do. Since the late Obama years, with the building of the large new complex at the American Institute in Taiwan (America’s unofficial embassy on the island), a slow regularization of contact has proceeded. This is what frustrates Beijing. Too many American observers and newspapers worried that Pelosi’s trip would somehow tip the Chinese into a frenzy that could not be controlled. Some said it forced Xi into a corner, and that he would have to lash out in order to look strong before the historic 20th Party Congress this fall, where he will obtain a third five-year term in power. The truth is, there’s no better or worse time for senior Americans to visit Taiwan, and there never will be from the Chinese perspective. The only shortcoming of Pelosi’s delegation is that it wasn’t bipartisan.

One more thing should be stressed. The Taiwanese also need to understand the limits of Pelosi’s visit: she doesn’t speak for the US government or even for Congress. It is unlikely to do so, but if Taipei interprets her visit as American support for independence and unilaterally changing the cross-Strait balance, and if based on her comments that America’s support for Taiwan is “ironclad” Taiwanese decide to move in that direction, it would be a grave miscalculation, one much more likely to bring about a truly serious Chinese response.