The wars go on

Seventy-five years after the end of World War Two we still have forces in Britain, Japan, Germany and Italy 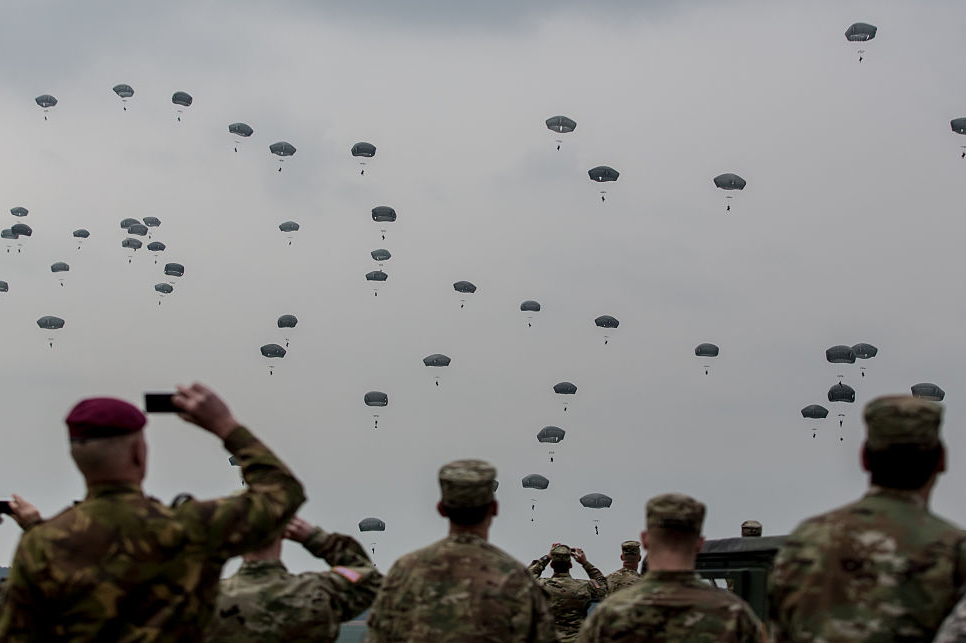 The wars go on

America’s longest war has just entered its 20th year. The US invaded Afghanistan in October 2001 to overthrow the Taliban and destroy al-Qaeda. Now, nearly a decade after the death of Osama bin Laden, the Afghan war continues. And everyone expects that if the Americans ever leave, the Taliban will return to power.

Yet the Taliban who take charge will not be the same as those who harbored bin Laden. The median age in Afghanistan is around 19 years old: half the country’s population was born after the war began. The US is not fighting a...

America’s longest war has just entered its 20th year. The US invaded Afghanistan in October 2001 to overthrow the Taliban and destroy al-Qaeda. Now, nearly a decade after the death of Osama bin Laden, the Afghan war continues. And everyone expects that if the Americans ever leave, the Taliban will return to power.

Yet the Taliban who take charge will not be the same as those who harbored bin Laden. The median age in Afghanistan is around 19 years old: half the country’s population was born after the war began. The US is not fighting a limited reservoir of Taliban militants; it is fighting a cultural force that has renewed itself over a generation. Nothing America has done since bin Laden was killed in neighboring Pakistan nine years ago has changed the trajectory of Afghanistan’s destiny.

How long can this go on? To judge from our history, the answer lies somewhere between ‘a century or so’ and ‘indefinitely’. Far from being an ‘isolationist’ nation, America in fact has a habit of acquiring new territories, dependencies and clients after almost every war. And the wars have been plentiful: an unsuccessful invasion of Canada in 1812; conflicts with the Indians throughout the 19th century; the Mexican War from 1846 to 1848; and the Spanish-American War of 1898. Every one of these led to the acquisition of new US territory — though in the case of the War of 1812, the gains came at Spain’s expense in Florida, rather than Britain’s in Canada.

Americans did come home from Europe after World War One. But 75 years after the end of World War Two we still have forces in Britain, Japan, Germany and Italy, and 67 years after the armistice between Seoul and Pyongyang, we remain on the Korean peninsula. Since the 1991 Gulf War, US troops have remained in Saudi Arabia and Kuwait, just as they have remained in Iraq since the end of the war that began in 2003. The Afghan War is unusual in still being a live war, but it’s not outside the norm of decades-long US military extensions.

On a case-by-case basis, each of these prolonged deployments can be explained. The Germans and the Japanese and the South Koreans want us there. Those states all face pressure from threatening neighbors like Russia, China and North Korea. But if one puts aside the details, the overall pattern is striking: to an observer from Mars, or, say, Alpha Centauri, this would all look like a story of continual expansion — usually, but not always, permanent expansion. (The US has closed down bases in the Philippines and did indeed pull out of Vietnam.) And a bug- eyed monster from Alpha Centauri might theorize that if the US is going to expand into so many other places, why wouldn’t you expect it to do so in Afghanistan, too?

Americans themselves might not want to have their sons and daughters shipped to Afghanistan for generations, but then ordinary Americans are rather skeptical about the merits of many of these commitments. What soothes the consciences of America’s policymakers and reassures them that they are still bona fide anti-imperialists is the idea that all this military expansion is altruistic or in our enlightened self-interest. There’s a world order to be made and maintained, and if we don’t do it, somebody worse will. Yet the American-led world order is not entirely an American-made product: the liberal and democratic regimes that the Germans, Japanese and South Koreans now enjoy, for example, were not wished into existence by American technocrats backed up by military force. The threat of communism as much as the allure of the American model encouraged these peoples to adopt liberal and democratic habits, over and beyond the direct influence of American arms and aid on their well-being. Even with such inadvertent external help, the process of liberalizing and democratizing people whose traditions and habits are different from our own has not always gone well. Anti-communism made Afghan Islamists — mujahideen — our allies during the Cold War; it did not make them liberal democrats afterwards.

Just how unsuccessful American nation-building and cultural imperialism (to put it bluntly) usually are may be seen in the outcome of the Spanish-American War. None of the territories the US acquired from Spain in 1898 has ever become a US state; the case of the Philippines is most instructive of all. After taking the islands from Spain, the US established a military government and proceeded to fight a bloody three-year counterinsurgency war against the Filipinos themselves. Thereafter the US established an ‘insular government’ with a local legislature and a US-appointed governor-general, before the Filipinos adopted a constitution loosely modeled on America’s and elected a president of their own in 1935. The Japanese occupation of the islands from 1941 to 1945 interrupted the nation-building process, but after World War Two the US ceded sovereignty to the Filipinos in 1946. The US maintained a military presence until the closure of the Subic Bay base in 1992.

All told, the Philippines had some 93 years of intimate ties to the US. But nine decades did not create the kind of liberal democracy that American technocrats promise is in store for Iraq or Afghanistan. The Philippines is democratic today, but the country’s president, Rodrigo Duterte, is neither liberal nor a reliable ally of the US. A hundred-year project of American tutelage failed. Will eight more decades in Afghanistan produce better results?

Nobody can honestly expect so but the war goes on. The political price for keeping it going is small, and the ego investment by America’s technocrats is far larger. But the America of the late 19th and early 20th centuries could afford imperial misadventures. The America that greets the third decade of the 21st century is not a rising power, and if we want even to maintain the status quo, we must make our own country the focus of our nation-building and strengthen our old and demoralized allies in the First World, rather than go crusading into other civilizations.