Why vaccine passports are pointless

If both classes of citizen can still get and spread the virus, vaccination is not an act of noble altruism 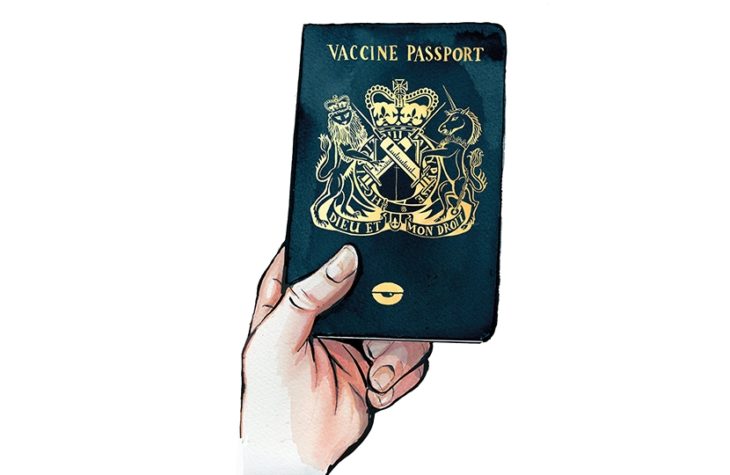 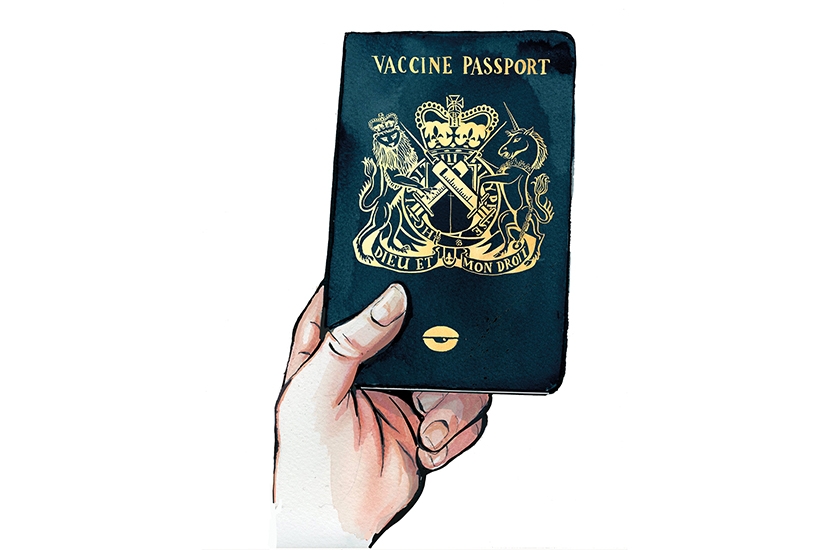 Why vaccine passports are pointless

New York
Despite having mocked app-happy Albion in my last column, I finally downloaded the National Health Service app. (Lest I seem a raging hypocrite, the institutional app is quite distinct from the Track-and-Trace COVID one, possession of which marks you as insane.) I found the app’s elaborate security features for registration bitterly comical. I had to photograph my passport, then record a video of myself speaking four prescribed numbers to affirm that my face matches my ID. These uploads provide the dirt-birds who’ve hacked the NHS before still more means of stealing my identity and...

Despite having mocked app-happy Albion in my last column, I finally downloaded the National Health Service app. (Lest I seem a raging hypocrite, the institutional app is quite distinct from the Track-and-Trace COVID one, possession of which marks you as insane.) I found the app’s elaborate security features for registration bitterly comical. I had to photograph my passport, then record a video of myself speaking four prescribed numbers to affirm that my face matches my ID. These uploads provide the dirt-birds who’ve hacked the NHS before still more means of stealing my identity and medical records.

But never mind, because I’d no choice. I’ve an author’s tour of France in September. To get my mitts on even a lowly Croque Monsieur in Macron’s bastille, I’ll need to prove my COVID bona fides. Even here in Mayor Bill de Blasio’s wormy Big Apple, by next week I’ll also have to furnish proof of vaccination to grab an even lowlier grilled cheese sandwich — though it remains to be seen whether AstraZeneca’s elixir, still not approved in the US, will suffice to make me customer-worthy in New York diners. I guess it’s fortunate I’m a dab hand at grilling my own cheese sandwich.

Now that vaccine passports are already coming to a theater near you, it’s ironic that Public Health England (PHE) has just released figures that cast this whole wheat-from-chaff project as scientifically daft. Extrapolating from data, vaccines appear to protect the over-fifties from Delta infection by a paltry 17 percent. As for transmissibility? Once infected, both the vaccinated and unvaccinated carry almost identical viral loads. PHE notes that ‘this suggests limited difference in infectiousness’.

Our political high priests don’t seem to have taken this bad news on board. I’ve observed before that vaccine passports are pointless if the vaccines work; unvaccinated people pose no threat to the medically impervious. But vaccine passports are also pointless if vaccines don’t work. Should the vaccinated and unvaccinated both be roughly as vulnerable to infection and as capable of transmitting the virus, they pose a nearly equal danger to others. If on average the vaccinated are only 17 percent safer company, that’s a pretty dismal stat on which to base a vast new social apartheid.

Vaccination’s apparent low efficacy in halting COVID’s spread has implications. Woefully, it justifies irksome, costly testing for air travel, while reducing vaccine passports to superstitious bigotry. It makes the vicious mudslinging at vaccine holdouts in the US — where ‘anti-vaxxers’ are tarred as selfish, stupid and murderous — unwarranted slander. If the vaccinated are only marginally less likely to get infected, and equally likely to infect others, they’re also about as likely to act as petri dishes for the culturing of new variants.

Alas, if PHE’s figures hold up, the case for masks would seem to have got quite a boost. If vaccines offer no salvation — if we’re all carrier pigeons of plague, jab or no jab — then we could be looking at moist self-suffocation in perpetuity.

This summer, I’ve relished merrily wending my double-vaccinated way about my local supermarket wearing a smile that my neighbors can actually see. This being right-on Brooklyn, I’m reliably the only customer not wrapping a low-flow panty-liner across my gob. (The sole other exception? The local firefighters — with whom, for five minutes a go, I always fall in love. These broad, brawny icons of hypermasculinity tromp the aisles strapped with axes, and they never wear masks. They’re consistently buying family packs of red meat, and no one dares give them grief.) Is my halcyon reprieve from soaring levels of carbon dioxide summarily over? If these vaccines don’t really work, are we all doomed? Will this hell never end?

I don’t think we’re doomed. But only if we start acting like grown-ups. On masks, it’s past time we de-politicize them and assemble proper real-life — not modeled — evidence for whether they make a damned bit of difference. From the blizzard of studies and charts I’ve examined, they don’t. But if we’re going to keep making ourselves miserable and turning every trip for milk into a wander on to the set of a dystopian sci-fi flick, that sacrifice has to be based on better science than ‘masks might help, so why not?’ I’m willing to change my mind, but only in the face of hard, convincing data I’ve never seen.

Most importantly, vaccines do seem to be effective, if at a somewhat lower rate than manufacturers first claimed, at preventing hospitalization and death. It was only severe illness sufficiently pervasive to jeopardize healthcare systems and alarming levels of fatality that ever seemed to justify the British government telling us whether we can go to a restaurant. Vaccines are successfully diminishing COVID to one of the thousand natural shocks that our flesh is heir to every time we leave the house. Widespread inoculation should facilitate whether we get sick going back to being our business and not Boris Johnson’s.

And it should facilitate a renewed sense of perspective. We have to overcome what has grown into an entrenched neurosis over this particular virus and toss COVID into the pool of plenteous perils through which we’ve waded our whole lives. Let’s return to first principles and get government back to filling potholes. Government has provided what prophylaxis is available, which works, more or less, in the most vital regards. After offering the whole population these imperfect vaccines, the state should hand calculation of risks back to the people taking them. There’s nothing more for the authorities to do — thank God.

But if vaccines don’t appreciably prevent infection and transmission, the distinction between the vaccinated and unvaccinated in social circumstances is nugatory. Denying the unvaccinated access to venues and travel is therefore of minimal medical value and accomplishes little beyond gratuitous social upheaval and interpersonal acrimony. If both classes of citizen still get and spread the virus, vaccination is not an act of noble altruism but a pursuit of individual self-interest. Because the double-jabbed are not safeguarding anyone else, it’s the vaccinated who are selfish — healthily so.