Why are US shares performing so well when the economy isn’t?

A look at the tech-heavy Nasdaq gives the first clue 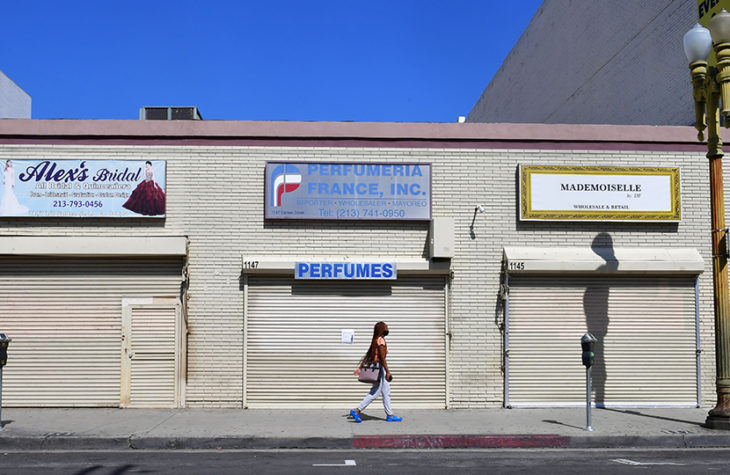 Why are US shares performing so well when the economy isn’t?

A staggering 20 million Americans lost their jobs in April and yet the US stock market had its best month for decades, with the S&P 500 up 13 percent. Since then job losses have continued to mount, and yet the market is still higher. How can US shares be doing so well when the evidence of economic devastation is overwhelming?

A staggering 20 million Americans lost their jobs in April and yet the US stock market had its best month for decades, with the S&P 500 up 13 percent. Since then job losses have continued to mount, and yet the market is still higher. How can US shares be doing so well when the evidence of economic devastation is overwhelming?

Even odder, the US stock market (S&P 500, down 13 percent year to date) is doing far better than the UK (FTSE 100, down 23 percent YTD) and European indices (Eurostoxx, down 26 percent YTD), and yet UK and European governments have protected millions of jobs through various furloughing schemes. Most would assume the pandemic would highlight the benefits of the European welfare state and its ability to support households and businesses during difficult times. But that’s not what the stock market is telling us.

So what is going on? A look at the tech-heavy Nasdaq gives the first clue. It is trading where it started the year, i.e. not down at all. And that’s because tech firms have had a pretty good crisis.

We are all ordering more online — great for Amazon whose share price is up 25 percent in the year to date. We are working from home using Microsoft Teams and other services, boosting Microsoft revenue and its share price (up 13 percent YTD). Although Apple experienced manufacturing problems in China, its services such as music, TV, cloud storage and the app store are growing strongly. And despite businesses slashing advertising budgets, they are concentrating what’s left with Google and Facebook as locked-down consumers spend more time online.

Thus the share prices of these tech giants have done well. Just these five firms are now worth more than $5 trillion. They represent 21 percent of the market valuation of the S&P 500. The US stock market is doing better than European ones because it contains tech giants that are both highly valuable and highly resilient to the crisis.

America is arguably also doing a better job in responding with both fiscal and monetary stimulus. Trump’s $2 trillion spend got signed off far faster than (smaller) EU support that 27 countries struggled to negotiate. The Federal Reserve has turned the taps on, whereas in the eurozone, a German court recently questioned the legality of the ECB’s Quantitative Easing program.

It also is worth remembering the adage ‘the stock market is not the economy’. It is large companies that are listed on stock markets, not small ones. And large firms generally have the scale to survive.

According to the ONS, there are about six million small businesses in the UK, employing 16 million workers, half the private-sector total. Many of these firms will suffer greatly during the pandemic but they are family owned, not listed on stock exchanges. Their pain and suffering and that of their employees is hidden from the FTSE indices. And that is the case for stock markets globally which represent the strongest, largest and the fittest. Stock markets only show a strong sub-sector of the bigger economy. And that is why, despite the scale of the economic catastrophe facing us, the S&P 500 and FTSE 100 have not seen greater falls.

Investors also remember another crisis not so long ago. It was, in hindsight, a fantastic buying opportunity for American shares; by buying at the bottom in February 2009, you would have seen your money increase by almost 300 percent in a decade.

American investor Warren Buffett has historically bought into deep bear markets in the midst of crises and made large profits from doing so. As he said in 2008: ‘Bad news is an investor’s best friend. It lets you buy a slice of America’s future at a marked-down price.’

Discussing the COVID crisis at Berkshire Hathaway’s annual meeting this month, he admitted that there is no way to predict the economy or markets short-term but his long-term optimism (‘You can bet on America’) is unchanged (although he did sell his entire holdings in US airlines).

Even so, many titans of the investment industry are warning that the US stock market cannot continue to outperform appalling economic fundamentals and that a brutal bear market is on its way.

I am hugely bearish on the economic impact of the pandemic, but I am still adding to my pension every month and it is 80 percent invested in global equities. Why? Because the alternatives are terrible. Currently the 10-year gilt yield gives me just 0.2 percent interest a year, below inflation. I lose the purchasing power of my money by buying UK government debt.

It’s not a great bull argument for shares, but where else do I put my cash?

This article was originally published on Spectator Money.