Biden talks change but his inaugural was a step back 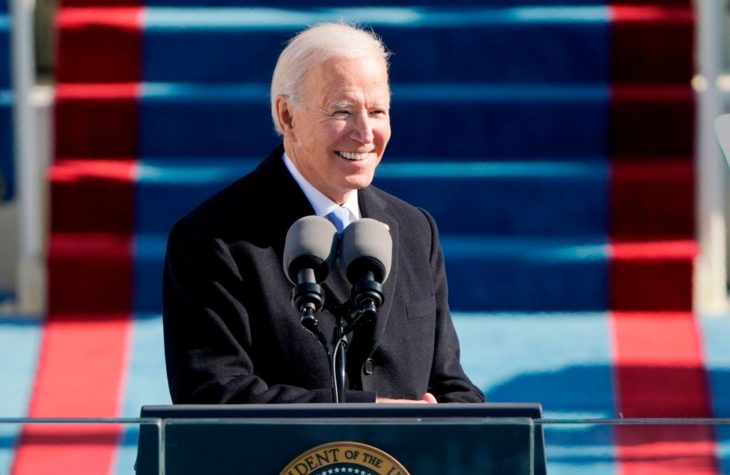 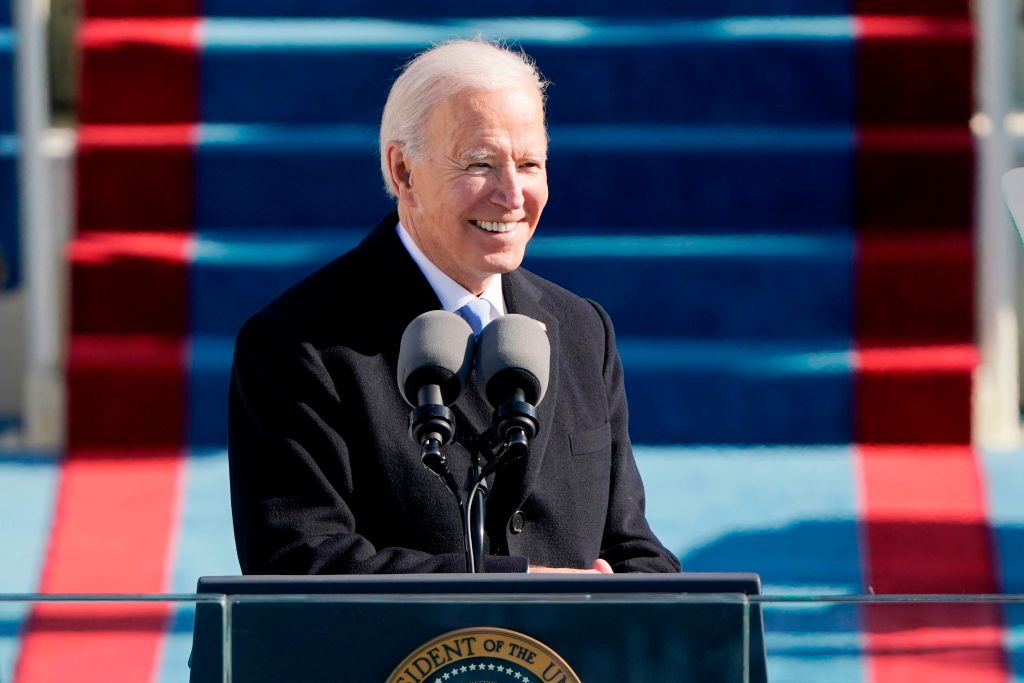 One era ends; another begins. As J-Lo sang her patriotic wine-bar set at Joe Biden's inaugural in Washington DC, the outgoing president and his outgoing wife landed in Florida, Melania looking happy for the first time in four years because it was finally all over. Donald Trump's refusal to attend the inauguration reminded me of Gore Vidal's description of Richard Nixon's sulk after Watergate: 'He was simply acting out his Big Loser nature, and, in the process, he turned being a Big Loser into a perfect triumph by managing to lose the presidency in a...

One era ends; another begins. As J-Lo sang her patriotic wine-bar set at Joe Biden’s inaugural in Washington DC, the outgoing president and his outgoing wife landed in Florida, Melania looking happy for the first time in four years because it was finally all over. Donald Trump’s refusal to attend the inauguration reminded me of Gore Vidal’s description of Richard Nixon’s sulk after Watergate: ‘He was simply acting out his Big Loser nature, and, in the process, he turned being a Big Loser into a perfect triumph by managing to lose the presidency in a way bigger and more original than anyone else had ever lost it before.’

For the record, I enjoyed Joe’s speech; particularly when he realized the microphone was on and he could stop shouting. It was the perfect articulation of American liberalism, which is not, whatever its critics say, socialism. Socialism sees society as divided into classes in permanent conflict, and picks a winner. Liberalism tries to smooth things over, to unite people around the promise of progress, even if half the people are diametrically opposed to it. There was nothing controversial in Biden’s speech; I think healthcare was mentioned just once. He is against disunity, racism and pollution, and who outside of a mental asylum is not?

Biden has bet the house on banality. He has gambled on his personal ability to appeal to America’s ‘better angels’ and bring left and right together into a Platonic whole. It’s a nice, moral sentiment, but it implies that if we’re all reasonable and decent, we’ll quickly find that we agree with Joe — even though there are some things on which there is no agreement and over which civility is a sticking plaster. Where is the middle-ground on guns, abortion, immigration, war? Compromise is possible, yes, but the idea that Americans fundamentally concur on what being American is about has been dubious since the birth of the republic.

Trump was personally awful. He was also honest about his awfulness, which was a genuine change; he burst the bubble of American sentimentality. Biden talks change but actually this inaugural was a step back, back into that rich liberal tradition that has achieved a lot — America is better for it, no doubt — but has also created some of the conditions that put Trump in office. And the myth that Trump was the worst president ever — so bad that America can use him as a template for what not to be — is not only silly but imbues him with super-villain levels of evil genius that he doesn’t really have. It also forgets that Trump was where he was because millions of American voters liked what he was selling, though the BBC struggled to find any of them to interview on Inauguration Day.

To return to Vidal, he said this about Nixon: ‘No myth, no nation. The establishment has a vested interest in maintaining our ignorance, and that is why we are currently stuck with the peculiar notion that Nixon just happened to be the one bad apple in a splendid barrel… Yet Nixon is hardly atypical. Certainly his predecessor, Lyndon Johnson, far surpassed Nixon when it came to mendacity and corruption. But the national myth requires, periodically, a scapegoat; hence Nixon’s turn in the barrel.’ Corruption, Vidal pointed out in his wonderful historical novels, has not been the exception but the norm in American public life: ‘When Lincoln was obliged to appoint a known crook as secretary of war, he asked a congressman from the appointee’s state if he thought that the new cabinet minister would actually steal in office. “Well,” said the congressman thoughtfully, “I don’t think he’d steal a red hot stove”.’

Biden will not heal America. And Trump was not the worst president: immoral, flawed, wrong (often), but he’s up against men who dropped nuclear bombs (Truman, twice, in case the Japanese didn’t notice the first one) and interned whole populations (Roosevelt), or tolerated segregation in federal agencies (Woodrow Wilson — now I think about it, they were all Democrats!). And he’s better house-trained than LBJ. Journalists once badgered Johnson about why America was in Vietnam. The president unzipped his fly, showed his member to the hallowed press corps and said, ‘This is why’.