The president who cried ‘extremist’ 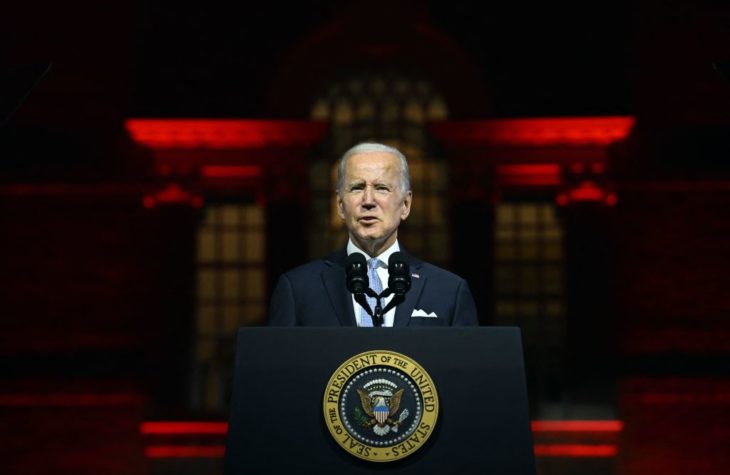 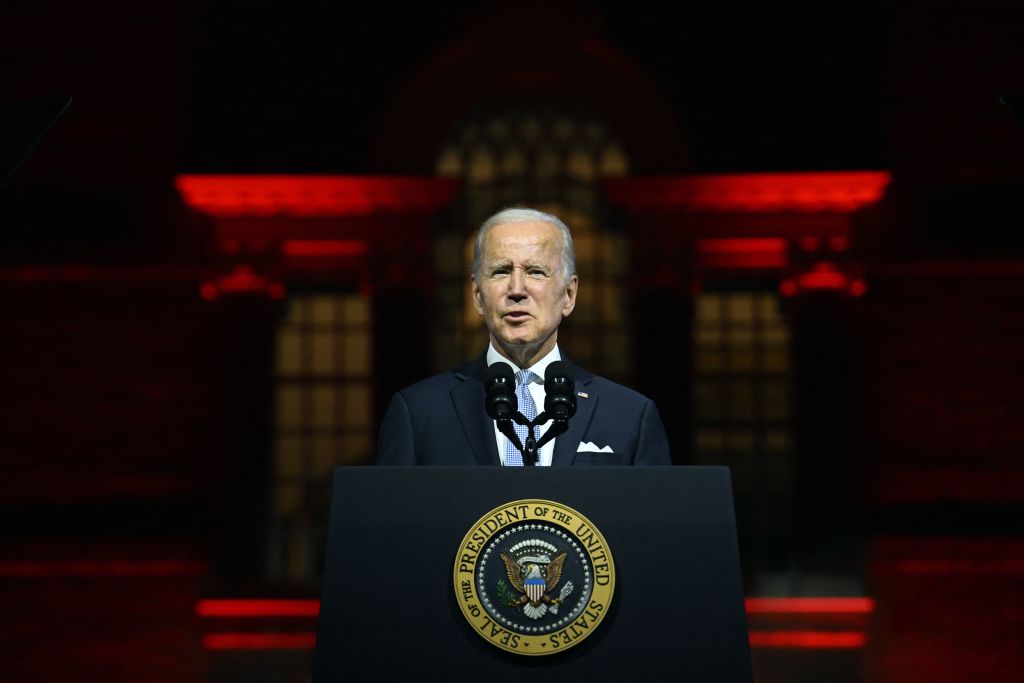 The president who cried ‘extremist’

In a primetime television address on September 1, President Joe Biden declared that a large share of the nation’s voters threatened the “very soul of America.” This creepy, unprecedented presidential alert opened the midterm elections, which are now going into their mail-in phase.

Waving his arms, the presidential simulacrum barked imprecations at teleprompters. His spooky, dark, red-and-blue tableau with stiff Marines in parade dress was ominous and intentionally staged. To hear a president talk and act this way was one of the political shocks of a lifetime. Make America Great Again Republicans, it was indicated, constituted...

In a primetime television address on September 1, President Joe Biden declared that a large share of the nation’s voters threatened the “very soul of America.” This creepy, unprecedented presidential alert opened the midterm elections, which are now going into their mail-in phase.

Waving his arms, the presidential simulacrum barked imprecations at teleprompters. His spooky, dark, red-and-blue tableau with stiff Marines in parade dress was ominous and intentionally staged. To hear a president talk and act this way was one of the political shocks of a lifetime. Make America Great Again Republicans, it was indicated, constituted an enemy within, Merrick Garland’s domestic terrorists writ large. Be very afraid.

“Donald Trump and the MAGA Republicans represent an extremism that threatens the very foundations of our republic,” Biden said. “MAGA Republicans do not respect the Constitution. They do not believe in the rule of law.”

“MAGA forces are determined to take this country backwards to an America where there is no right to choose, no right to privacy, no right to contraception, no right to marry who you love,” he continued. “I believe America is at an inflection point, one of those moments that determine the shape of everything that’s to come after.”

Actually, I agree with that last thought. Abandoning the time-honored political principle and presumption of honorable opposition is a turning point for the republic.

Should unobtainable forms of equality become thematic imperatives in national policy, sociologist Robert Nisbet warned fifty years ago, government institutions would try to achieve the impossible. But failing, they would insist on greater, and finally unrestricted, power to make things right, but in fact use that expanded power to buttress themselves and their clientage.

Racial tensions bubble near the surface, never quite mentioned. For most elected officials, race is an invisible electrical dog fence. Let’s stay away from that one! Yet the Democratic Party seeks hegemony through racial politics. Recall Biden’s January claim that any critique of nationalized election rules was “Jim Crow 2.0.” Working-class white Americans have already been betrayed once by the Democrats, when Barack Obama promised racial harmony in 2008 and delivered Black Lives Matter instead.

With many moving parts largely unknown to the public, the Deep State tilts faithfully toward the Democratic Party. In some spheres, it’s a partisan monoculture. To deviate from the catechism is to court disapproval and ostracism. Washington’s plentiful statists include true believers and opportunists allied in finishing off God, country, family, small business, any vestige of that unbearable, Ozzie and Harriet, wholesome and nice, white supremacist fare of Amerika.

Fascism was a European political event of the 20th century’s tragic second quarter. Contemporary US statism is something else. A loosely anti-normative, minority-and feminist-driven political monolith is gaining traction inside the federalized administrative state, ruling traditional lifestyles, beliefs and character offensive and actionable.

What indeed is fascist? The government can track and record you in concert with media corporations. Internal Revenue Service tax farming looms. The Hollywood colossus and academe have done their criminal part in degrading traditional virtue and purging cultural heretics. The teachers’ unions are revealed as stooges of anti-white ideologues and identity radicals, pushing the New York Times’s seditious 1619 Project.

Call Donald J. Trump a malignant narcissist, demagogue, crook or showman. Crowds of political naïfs count on him to Save America! He won’t. But when the Republican establishment and Never Trumpers would not, Trump challenged diversity, open borders, and global outsourcing, embracing yeomen whom Democrats shamed as clingers and deplorables. Their loyalty is intense.

No doubt many forlorn people, wrecked by circumstances or bad decisions, inhabit Section 8 apartments, housing projects, and trailer parks. Many others living in the relatively comfy US cellar just don’t give a shit. They live in a moral cesspool, go with the flow, and like it that way. Their numbers are growing. Some are drug addicts. Some are crazy. Will it be the police, health department, social workers, or teachers who clean up the mess? Who will deal with their damaged children, possibly at danger to themselves?

Functional Americans pay for the nation’s antinomian armies through taxes and much more, since “people come first” and the lumpen divert public resources from services, production and maintenance. The MAGAs and a lot of other Republicans, maybe a few Democrats even, say nothing. But they do notice that some cities put lawbreakers and do-nothing public employees first. They’ve learned that officials, teachers, and news reporters are going to make them out to be bad guys — semi-fascists — if they don’t buy excuses, handouts and compensatory racialism.

The prudent will make decisions involving their location, the schools their children attend, the places they work, shop and congregate, all designed to maximize well being. Persistent minority ill will combined with demand for more attention, resources, and homage perplexes them, but more to the point strikes them increasingly as self-interested injustice collecting.

Public decorum, honest work, intact mom-and-dad families, and civic order is not destined to become the exclusive province of the rich. The pursuit of freedom, safety and order will dominate domestic politics in the coming decade. Left or right, affluent or not, Americans will make political arrangements to avoid the dysfunction.

If cries of white flight and racism ensue, many voters won’t care. They will be doing their best to provide police protection, basic education, clean water, and reliable health and emergency services. They will be trying to keep monsters in jail and vagrants off the streets. If the federal government punishes this civic energy, the pushback against centralized tyranny will likely be swift and astonishing.

Trying to restrain the administrative state and its identity goons is not “extremism” or “taking this country backwards.” It is not a threat to “the soul of the nation,” not at all. Biden’s ventriloquists know this, but are nonetheless juicing the nation’s red-and-blue schism for political gain. Whether slandering the opposition succeeds or backfires at the polls remains to be seen.