Is there such a thing as ‘after Trump’? 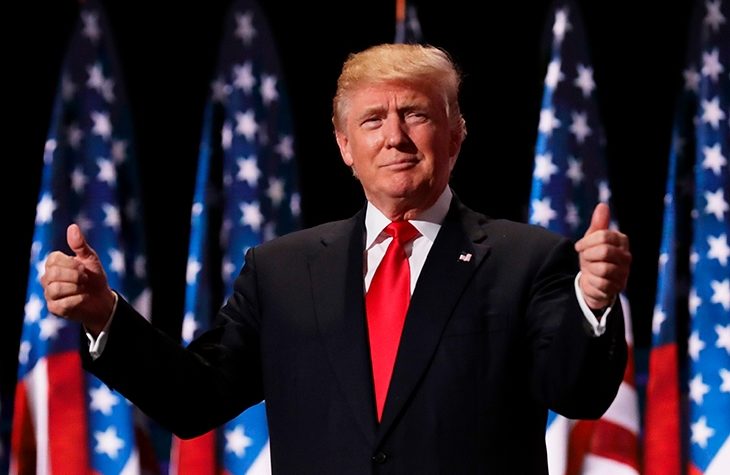 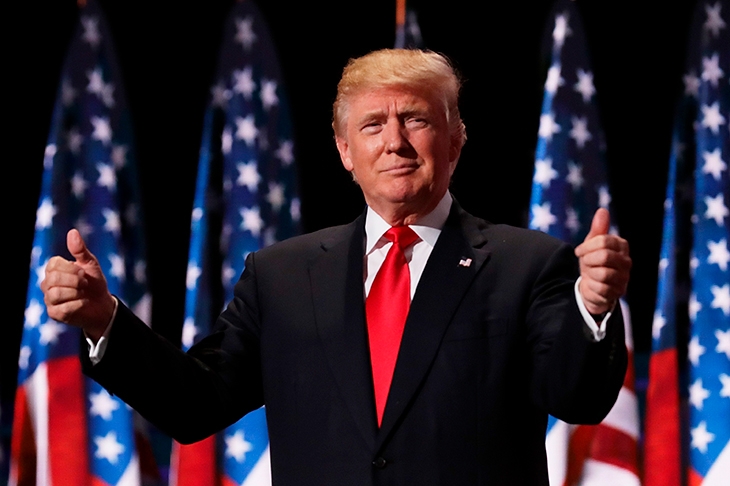 Is there such a thing as ‘after Trump’?

What would happen to the Republicans after Donald Trump? That has been one of the pundits’ favorite themes in the past few months. Maybe the GOP could run against Joe Biden’s massive spending and borrowing splurge, some pondered; or go after some low-hanging woke excesses on the left; or exploit the huge influx of illegal immigrants at the southern border that Biden is bringing about so swiftly; or warn of inflation, or the generosity of pandemic relief holding back the recovery; or find some new young faces to appeal to minorities who moved ever so...

What would happen to the Republicans after Donald Trump? That has been one of the pundits’ favorite themes in the past few months. Maybe the GOP could run against Joe Biden’s massive spending and borrowing splurge, some pondered; or go after some low-hanging woke excesses on the left; or exploit the huge influx of illegal immigrants at the southern border that Biden is bringing about so swiftly; or warn of inflation, or the generosity of pandemic relief holding back the recovery; or find some new young faces to appeal to minorities who moved ever so slightly to the right in the last election. And some Republicans have indeed made gestures in that direction.

But gestures are all they have tried, because of one overriding fact. For the Republicans, there is no ‘after Trump’. He may have absconded to Mar-a-Lago; he may be banned for a bit longer from Twitter; he may be all but absent from television, but the reality is that in 2021, there is no Republican party to speak of. There is the Trump party. And there are a mere handful of Republicans not completely beholden to him whose careers are over. Even though Trump lost his own reelection, along with the House and, more spectacularly, the Senate, this massive, deranged loser still has absolute command of almost the entire voting bloc on the right. The Republican agenda remains Trump’s: keep insisting that the 2020 election was stolen, insist that revenge is necessary and rig the system against the left so that 2020 can never happen again.

Polling shows that a big majority of Republicans still believe the last election was stolen or rigged. And it is impossible to get any Congressional Republican to say publicly that Biden won fairly. In some states, Republican legislatures have passed laws tightening voter access, to suppress Democratic turnout, and changed the way they send electors to the Electoral College. From now on, a Republican-controlled state legislature can refuse to assent to the popular vote in their state in a presidential election if they believe fraud has taken place, and can ensure the Republican candidate gets the nod instead. Only the courts would then stand in their way. In Arizona, they are having a surreal recount of the 2020 results yet again. They’re checking for traces of bamboo in the ballots to prove they came from China.

The January 6 insurrection, designed to prevent the certification of Biden’s win, is now described as a harmless stunt by goofy patriots who did nothing wrong. In the words of one prominent conservative, it was ‘about the level of a second-tier basketball play-off victory brawl’. In Washington, the only Republican leader who denounced the violence and insisted on the legitimacy of Biden’s election is Liz Cheney — and she is now being duly stripped of her authority in the party and replaced by an opportunistic, and much less conservative, Trump toady. It would be lovely to believe that the Trump nightmare is drawing to a close, and the American right could start over. But there is every chance, it seems to me, that the nightmare is merely in abeyance, and could at any point in the next couple of years come roaring right back.

When I think about the issue of wearing face masks in a waning epidemic, my mind drifts to thoughts of condoms. In the last plague I survived, the Aids epidemic, these contraptions became, over time, objects of veneration. They were the gold standard in preventing the lethal virus; they also cut down massively on other sexually transmitted diseases, and if you were a gay man, they were as ubiquitous in the 1990s as masks have been over the past year. They became symbols of responsibility and virtue. And even after the cocktail of anti-HIV drugs obliterated the virus in the bloodstream, and after all the evidence showed that if you were on the drugs you really couldn’t infect anyone, the allure persisted.

Men who rationally followed the science and threw out the rubbers were immediately attacked as reckless. The critics even came up with a term to describe the activity formerly known as sex: ‘barebacking’. It conjured up all sorts of unseemly images, stigmatizing gay sex as a kind of animal instinct, further terrifying and alienating people. The scaremongers after a while went even further: warning of a new and fictional ‘super-Aids’ that was right around the corner. Tony Fauci was as pro-condom then as he is pro-mask now. And yes, if you kept wearing a condom for sex, you could avoid the clap, just as if you wear a mask all the time now you could probably avoid the flu (and better manage your hay fever). But who wants to live like that?

The psychology of plagues is fascinating. Perhaps one of the weirdest truths is that people get attached to them. The new rituals and practices of safety and virtue become comforting: when a crisis abates, you feel adrift in a new normal and want to stay attached to the emergency. Rationality is far less potent than feelings. A return to normal risk, even if it is far lower than before, can seem frightening. Albert Camus noticed this in his great novel The Plague; it was true back in 1996, as Aids receded in the West, and it remains as tenaciously correct about human nature in the era of waning COVID. Breathing freely is the new barebacking. We’ll get used to it again soon enough.