Should we fear the sperm drought?

Come on now: it’s not yet time to panic 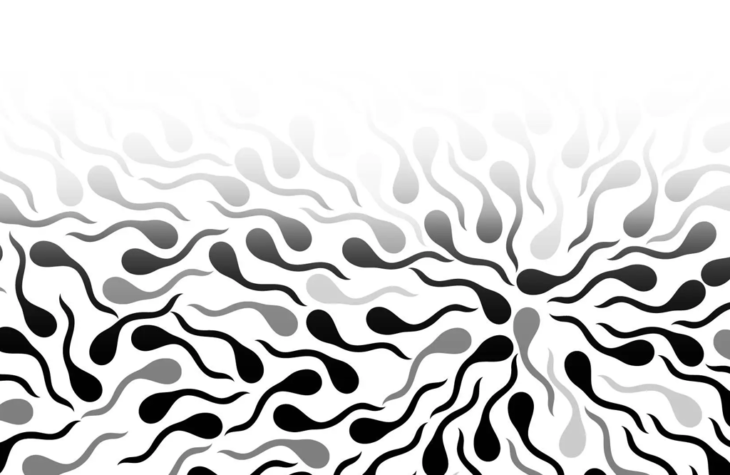 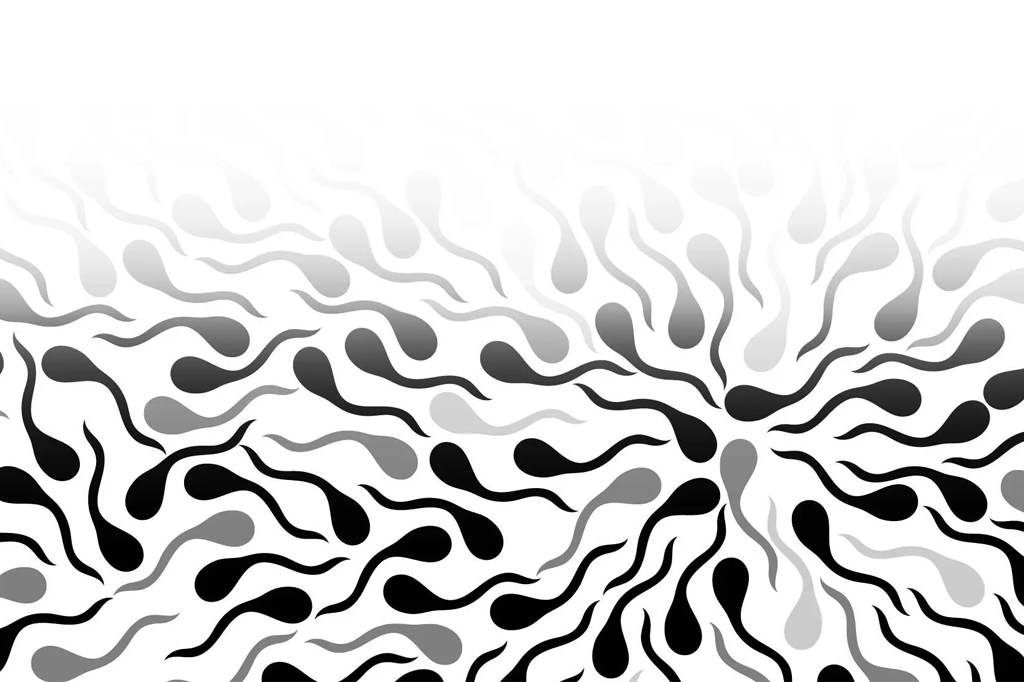 Should we fear the sperm drought?

Here’s a jolly thought to start the year: humanity is on its way to extinction due to a drastic decline in sperm counts. Men’s reproductive health is in such a parlous state that it won’t be long until nobody can conceive a child unassisted.

That, anyway, is the argument that’s become a perennial: every year or so — most recently just at the end of 2022 — a new sperm-counting study emerges and reignites the fears that we’re biologically condemned to extinction. How anxious should we be?

Here’s a jolly thought to start the year: humanity is on its way to extinction due to a drastic decline in sperm counts. Men’s reproductive health is in such a parlous state that it won’t be long until nobody can conceive a child unassisted.

That, anyway, is the argument that’s become a perennial: every year or so — most recently just at the end of 2022 — a new sperm-counting study emerges and reignites the fears that we’re biologically condemned to extinction. How anxious should we be?

Here’s the story so far. In 1992, a seminal study was published in the British Medical Journal that claimed to show “evidence for decreasing quality of semen during [the] past fifty years.” It was a meta-analysis, a review paper that gathered together all relevant studies that measured sperm count since 1938, lining up their results to discern any trends. The conclusion was that the average sperm count had fallen from 113 million per milliliter (the standard unit in this field) in the early twentieth century to 66 million/ml by the 1990s. 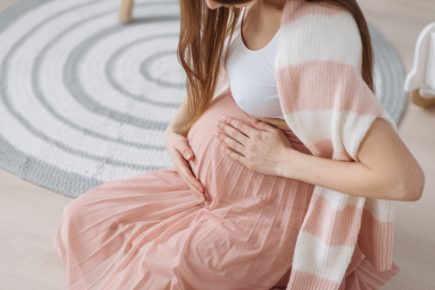 The left declares war on sperm

The study was torn to pieces. There simply isn’t a fair comparison, other researchers noted, between 1940s and 1990s equipment for measuring sperm count, the latter being far more accurate. Not only that, but there was very little data available for the first thirty years of the analysis (samples from a mere 184 men were included), so the comparison across time was murky. Critics re-analyzed the data and found no evidence of a decline in sperm count overall.

The debate went quiet while more data accumulated. Then, in 2017, researchers put fresh data together and published a new meta-analysis. Looking at 244 data points beginning in the 1970s, average sperm count had dropped from 99 to 47 million/ml by 2011 — approximately a 50 percent decline.

Shanna Swan, one of the authors of the 2017 meta-analysis, wrote a book, Count Down, that made apocalyptic claims about declining sperm counts. She claimed that the phenomenon “threatens human survival” and that extrapolating the line from her study meant that sperm counts could reach zero in 2045. Yikes.

Like the study from 1992, the 2017 analysis had its critics. Some of their arguments, though, were rather weak. For instance, a few researchers noted that even though sperm counts had dropped, the current average would still be considered “normal” under standard medical guidelines — it’s not until the number falls below 15 million/ml that you have a serious problem. It’s not a great argument: imagine if someone said “sea levels have been rising dramatically, but we shouldn’t worry because major cities are not yet underwater.” Such daft thinking is based on a failure to look forward in time. Not only that, but if the average is so much lower now, the proportion of men with a medically low sperm count must be far greater than it was.

Alas, politics also set in. Since the meta-analysis appeared, some commentators have been happy to help spread panic about the coming fertility crisis. This caused an equal and opposite reaction: one group of researchers fretted that the studies might be co-opted by “men’s rights/alt-right activists,” and that the science could become “racialized, implying imperiled white male fertility.” It’s a rather silly form of criticism, but it contains an element of truth. The meta-analysis included very few studies from non-western countries, rendering it impossible to make claims about a worldwide decline in fertility.

This brings us to the newest addition to the debate: the same researchers have now published an update to their 2017 meta-analysis, including forty-four more data points, many of which are from a more diverse array of countries. It’s still bad news. Not only do they find, using the same methods, that the sperm count decline is happening in non-western countries too, but they find that the decline has become even more precipitous since 2000. Yikes again.

Here’s where it’s helpful to look at some details of how the individual studies in the meta-analysis were done. The best kind of study is a prospective study: you take sperm samples from a group of, say, twenty-year-olds in, say, 2001, then wait a decade, and take samples from a group of people who are twenty in 2011. That generation-on-generation comparison is really what we want to know — but because it takes so much time and effort, it’s the rarest kind of study (you can count them on one hand).

Far more studies are retrospective, for instance looking at samples given to one sperm bank over some time period, and comparing the counts with the year of birth of the donors. There are many more studies of this kind, but they can be misleading, since the donors’ age, not just their year of birth, could really be the cause of sperm count differences. We know that sperm counts naturally diminish as people get older and so this is why the better studies compare donors who were born in different years but are the same age at the time of donation.

Many more data points come from one-off studies that are entered into the meta-analysis and compared. That’s not optimal, since the studies differ on many other factors that are hard to control (the method of measuring sperm count, the characteristics and health of the donors and so on). Critics argue that in trying to compare all the different studies, with all their different variables, the meta-analysis ends up with meaningless conclusions. They say that the researchers mistake changes in measurement, study-to-study health differences or mere statistical noise for true changes in sperm count.

I’m sympathetic to the idea that meta-analyses are unreliable. But several of those individual high-quality, prospective studies — the ones that compare people of the same age over decades — have shown worrying, declining trends in at least some parts of the world. Then again, as with the original 1992 study, we have much less data from further in the past, making the comparison across time much harder. Neither side should be too certain, but to my eyes, the evidence we have should at least concern us enough to look at this much more closely.

If you thought that was all very tangled, wait until we get to the issue of the practical consequences of this drop in sperm counts. We know that the fertility rate, at least in the developed world, has declined massively since the mid-twentieth century. But it’s not known to what extent — if at all — this has anything to do with “fecundity.” That is, how much is it due to a drop in the biological ability to have kids (which might have to do with sperm count) as opposed to social or economic factors such as greater education and employment for women, less child mortality, high cost of housing and so on?

And here’s a final question: if we agree sperm count really is declining, then what’s causing it? Swan is convinced that it’s largely due to environmental pollutants — specifically the chemicals given off by some plastics, known as phthalates, which can disrupt our hormones. There’s some unclear evidence for this from animal studies, though not much for humans; one prospective study that tested the donors’ urine for phthalates found that they were able to explain about a fifth of the overall decline in sperm count. Other than phthalates, higher rates of obesity and poor diet are plausible, and other environmental pollutants, not just plastics, could also have an effect.

That’s the broader problem. We have so many possible trends and potential explanations, all with very little certainty. We don’t even know for sure whether we have a phenomenon of declining sperm count in the first place, let alone what might be causing it. Given its importance, it is something approaching a scandal that we don’t have better data — collected routinely in medical examinations and added to healthcare datasets, or as part of studies explicitly set up to address this question — on trends over time.

Studies that argue that humanity is doomed certainly grab the headlines — and fears are buoyed by over-the-top press releases like that from the meta-analysts, which warned of a “looming crisis.” Despite that, it’s not time to panic. But it is time for medical scientists to really get to work.