‘I may not know until I’m standing there’ 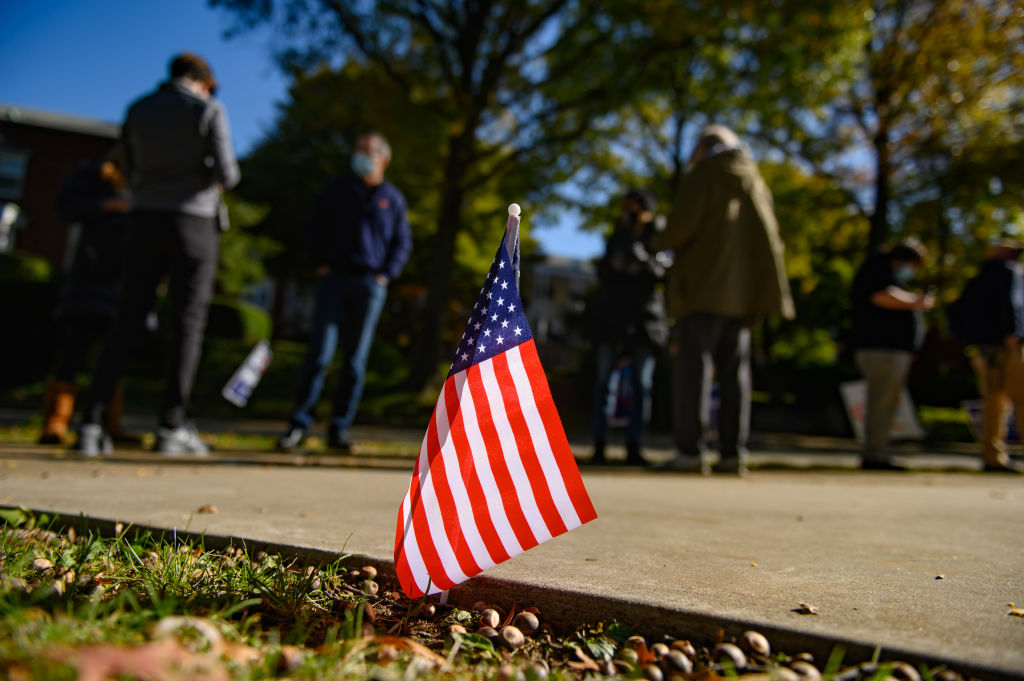 Pittsburgh
On the eve of the 2020 election, as President Trump and former VP Joe Biden are neck-in-neck, Pennsylvania is emerging as the most significant state. Pollsters and pundits predict that, as this crucial swing state goes, so will the nation. On Saturday, the Pittsburgh Post-Gazette, the city’s leading local newspaper, endorsed Donald Trump, the first time it has endorsed a Republican presidential candidate since 1972.

On the eve of the 2020 election, as President Trump and former VP Joe Biden are neck-in-neck, Pennsylvania is emerging as the most significant state. Pollsters and pundits predict that, as this crucial swing state goes, so will the nation. On Saturday, the Pittsburgh Post-Gazette, the city’s leading local newspaper, endorsed Donald Trump, the first time it has endorsed a Republican presidential candidate since 1972.

Four years ago, talking with Western Pennsylvanians at random revealed unlikely pockets of support for Trump. Synthesizing interviews, voter registration patterns and breaking news, I speculated Pennsylvania would pivot red — and it did. This year, prior to speculation of déjà vu in Pennsylvania due to the phenomenon of the ‘shy Trump voter’, I began my 2020 shoe-leather poll. What I heard over the past three days once again suggests the strong possibility of an upset for the Democrats.

Interviewing almost two dozen Western Pennsylvanians, several told me that they would decline if asked to participate in an official poll.

Most polls show Biden ahead in Pennsylvania within a three- to six-point margin of error, with exception of one, the Trafalgar poll, which had the President leading by one point, 48.4 to 47.6, as of last week. Pollster Nate Silver, who is held in high regard despite his inaccurate prediction that Hillary Clinton would win in 2016, is giving President Trump a 10 percent chance of victory.

Silver is hedging his bets with the caveat that ‘Trump can still win, but the polls would have to be off by way more than in 2016.’

What if they are?

Listening to Silver’s FiveThirtyEight October 30 podcast, I’m as unconvinced now as I was four years ago that he and other prominent pollsters get the mindset of the shy Trump voter enough to design a poll that would reflect their actual numbers. His quote, ‘There is no reason to think there are more shy Trump voters than shy Biden voters,’ suggests to me he is not understanding what it is like to support this President in a climate in which doing so could cost you your reputation, your job, and your relationships.

In the maelstrom of this tight presidential race, I took to the streets of my hometown, Pittsburgh, over the past three days to take the pulse. I heard similar views to those expressed in 2016, but greater reluctance on the part of likely voters to go on the record. Basically, people didn’t want to say who they were voting for — unless it was Biden. This could equate to a lot more ‘shy’ Trump voters in Pennsylvania.

One theme that emerged clearly was distrust, based on the surprise that occurred four years ago, of the polls predicting a Biden victory in Pennsylvania.

‘Look what happened last time — it was supposed to be Hillary by 12 [points], so I don’t trust the polls, said Brian, a forty-something in Cappy’s Place, a local watering hole in Shadyside, an upscale neighborhood near Pittsburgh’s university district. Brian declined to state his voting preference, adding, ‘Doesn’t seem like there’s going to be a winner Tuesday night, anyway…remember the Gore/Bush thing and how long that went on with the hangin’ chads? And that was pre-social media.’

‘He did three rallies in our area in a day. I have a friend who owns a business, and he said you couldn’t even park, there were so many cars lined up,’ said David Bifano, 49, an accountant, of Johnstown, Pennsylvania. ‘There were a lot more people than the media were saying…I think Trump has a lot more support than the media thinks.’

Several, including Biden voters, volunteered the observation that pro-Trump signs are ubiquitous outside the city.

William, a bookstore clerk in Squirrel Hill (the traditionally Jewish neighborhood that in 2018 suffered the worst anti-Semitic shooting in US history at the Tree of Life synagogue), said, ‘My only option is to vote Biden.’ He added, ‘Driving through Pennsylvania, there are more Trump signs.’

Ethan Scott, 28, a Southern California transplant to Pittsburgh browsing in the store, declined to say who he was voting for. He observed, ‘New York, and Southern California, can be an echo chamber…here, go for a drive for 10 minutes in any direction and you are more likely to see Trump supporters. In Squirrel Hill, you’re not going to see a single Trump supporter openly’ displaying a sign, for instance.

Jonathan Dinkel, 27, a waiter at Eat-n-Park restaurant in Squirrel Hill, said he voted early for Biden. Asked about his perceptions of the twenty-something vote in Western Pennsylvania, Dinkel said he had never voted before, and ‘at least one’ of his friends who has also never voted before went for Biden, adding, ‘A lot say they are going to, but I don’t know if they’re going to follow through.’

A man who appeared to be in his fifties approached me on Squirrel Hill’s Murray Avenue as he unloaded boxes from a truck. He said, ‘I don’t like Trump, and I don’t think he’s been a great President, but I don’t think he’s been as bad as they think and I am voting for him. If Biden is elected, he won’t be calling the shots, it’ll be Nancy [Pelosi] and the gang of 3.’ This man, Gene, said he voted for President Bill Clinton, and for President Barack Obama ‘the first time’. Gene is the owner of a moving and storage company with 17 employees. He said he found healthcare regulations enacted during Obama’s second term ‘crippling’ to his business. ‘I’m not a Republican,’ he said. ‘A lot of people voting for Trump don’t want to say because of the backlash they’ll get.’

In Squirrel Hill Café, a decades-old dive bar, an elderly woman who declined to share her name told me, ‘Trump’s been an asshole about not wearing the mask, and I’m sick of the protesters, too…you don’t want to be outside the day after the election.’ She is not planning to vote.

Another Squirrel Hill restaurateur who declined to be quoted by name said, ‘What happened in 2016 was the polls said Hillary, but it was Trump in Pennsylvania. It could happen again.’

A 60-year-old hairstylist from Dormont, a Pittsburgh suburb, said she remains undecided, but is leaning Trump because of the economy and ‘law and order’.

‘I may not know until I’m standing there,’ she said. ‘I can’t stand to look at Trump, but he did make the economy way better and I feel like you can’t have a lawless society.’

‘I think the number of Trump voters in Pennsylvania is being underestimated,’ he said. ‘A lot of people who thought they’d vote Biden are changing their minds because of the riots in Philadelphia.’

Wurster said local issues may also sway Pittsburgh-area voters toward Trump. As an example, he says his girlfriend, who is African American and, in his view, a political moderate who he believes will probably vote Biden, objects to efforts to remove a statue of Christopher Columbus from Pittsburgh’s Schenley Park. Pittsburgh mayor Bill Peduto has recommended removal and relocation of the twice-vandalized statue, but local Italian-Americans have objected, including the Italian Sons and Daughters of America, who filed for an injunction and won a recent legal battle to keep the statue in place.

Wurster believes the Columbus statue issue may move some traditionally Democratic voters, heretofore undecided, in the Pittsburgh area into Trump’s camp. ‘Columbus is a patron saint for Italians,’ he said.

If a red wave of shy supporters delivers President Trump an upset victory in Pennsylvania, the pundits that have devoted themselves to condemning Trump since before he was inaugurated may have to contend with déjà vu.