What the new nationalism means

The revolution is complete. The old revolutionaries are now the establishment 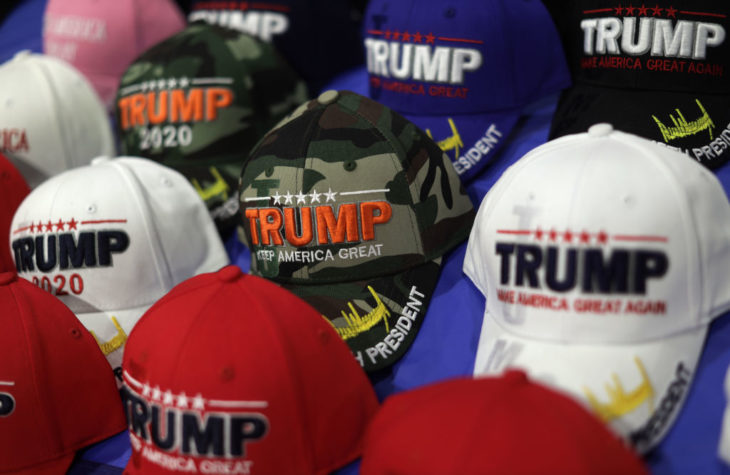 What the new nationalism means

For most of the past 200 years, the left, whether revolutionary or liberal, derived power and popularity from being on the side of freedom. If you resented the economic, social and political privileges enjoyed by hereditary aristocrats and landowners, you were on the left. If you chafed against the restraints imposed on what you could read, write, say, think or do by established churches or majoritarian cultural Christianity, you had reason to support one left-wing movement or another — philosophes and Jacobins in the 18th century,...

For most of the past 200 years, the left, whether revolutionary or liberal, derived power and popularity from being on the side of freedom. If you resented the economic, social and political privileges enjoyed by hereditary aristocrats and landowners, you were on the left. If you chafed against the restraints imposed on what you could read, write, say, think or do by established churches or majoritarian cultural Christianity, you had reason to support one left-wing movement or another — philosophes and Jacobins in the 18th century, liberals in the 19th century, the American Civil Liberties Union in the 20th.

In the 20th century, particularly in America, the right also campaigned in the name of freedom. Though that often led to electoral success, the left still continued to define what freedom meant in private life and public politics. Now that has all changed. The revolution is complete, and the old revolutionaries are the new establishment, behaving exactly like the ancien régime they toppled. What you can read, watch, write, say, think and do is again being morally policed. New aristocracies are entrenched in the form of an unelected permanent bureaucracy in government — the ‘deep state’ — and a highly endogamous economic and cultural elite that has little in common with the lives and livelihoods it directs.

When the left-wing establishment of today laments the threat to good order and norms posed by the populist right, it even sounds like the traditional establishment of centuries past. The populist right’s very mode of speaking (or tweeting) is vulgar and offensive. Conservative defenders of the left-wing establishment, otherwise known as the NeverTrump gang, obsess over the uncouth character of the president and perceive his supporters as a mindless rabble ever on the edge of violence. This was just how the defenders of the old aristocratic order saw the Chartists and other popular movements demanding political and economic reform.

There is, to be sure, still a non-establishment left championed by figures such as Bernie Sanders. But Sanders’s radicalism applies only to the quasi-free market part of the ruling class: he rails against the insurance companies and pharmaceutical industry but does not take on the educational establishment or the permanent unelected government. Far from being a revolutionary threat to capitalism, Sanders is a non-threat to a political and economic order that is as statist as it is capitalist.

A truly radical challenge to the establishment would change the country’s economic and political dispensations alike. This is what the new nationalism attempts, in however clumsy a fashion: Trump has disrupted bureaucracies, even if he has not uprooted them, and his administration has been equally willing to disrupt the global trade system. Although Trump may not understand it in these terms, the latter — the defiance of globalization — is a necessary political struggle as well as a necessary economic struggle. It’s a struggle to restore to localities (and not just the nation as a whole) a measure of economic cohesion that allows for political cohesion.

The original American revolutionaries understood many things that today’s left-wing establishment does not, including the importance of place in self-government. When the spokesmen of the elite attack the Electoral College and the United States Senate for being insufficiently democratic, they are attempting to turn democracy against itself, by dissolving all clumps of self-government into a mass with no organization — a liquid electorate easily diverted, channeled and dammed by the ruling class. The abolition of place in democracy is akin to the abolition of the union in labor. Individual voters and individual workers can still do as they please, but without organization they have no power. They become simply a pool of resources, political or economic, to be managed by others, a reservoir in which one drop is of no significance.

If freedom in politics requires organization, freedom in private life calls for the restraint of moral and psychological coercion. The Enlightenment philosophes hated the Catholic Church because it interfered in what they really cared about: writing and thinking. The left believes to this very day that the Catholic Church, and Christianity in general, are grave threats to freedom and so whatever restrains the churches must be good for liberty. Hence religious liberty, which the left of earlier centuries often defended against religious establishments, is now seen as backward and reactionary — a fastness for theocrats who only want to deprive women and homosexuals of the right to recreational sex.

But the churches long ago lost their legal power and have lately lost even the cultural authority they once wielded over western societies. Today an informal but no less strict anti-Christianity — left-liberalism as a godless religion — polices our sexual mores and habits of speech and thought. Not long ago, to be a homosexual was to risk professional ruin and social opprobrium. Now, to be a person of faith who is bound by conscience to reject the normalization of homosexuality is to incur the same penalty. And so freedom of speech has become a right-wing cause.

Whether or not the nationalists of today and their allies are committed to freedom in principle, any more than the left of yore was, is irrelevant in practice. One class of people, affirming left-of-center pieties, possesses power in this country — in the media, in education, in the boardroom and in the government. Those who resist that power are the party of freedom, whether they think of themselves that way or not. They believe that something other than the global economy and government experts and the cult of political correctness holds the truth about human happiness. And that other thing — nation, faith, place, the nobility of the soul — can only flourish if we remove the impediments placed in its way by our ruling class.