If Trump wants the Republican nomination in 2024, who or what will stop him? 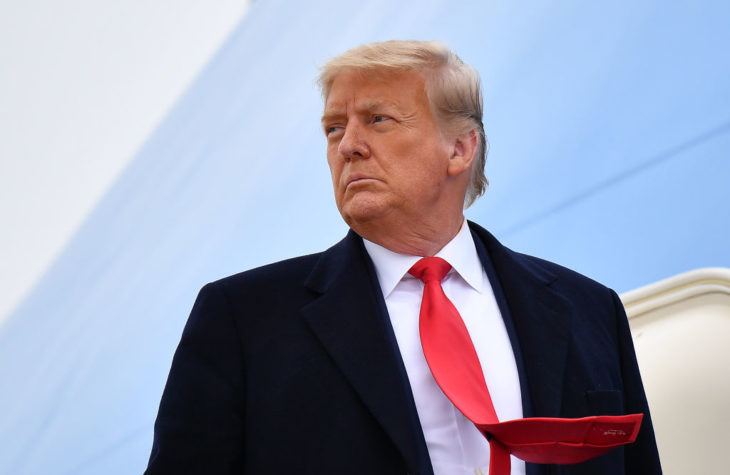 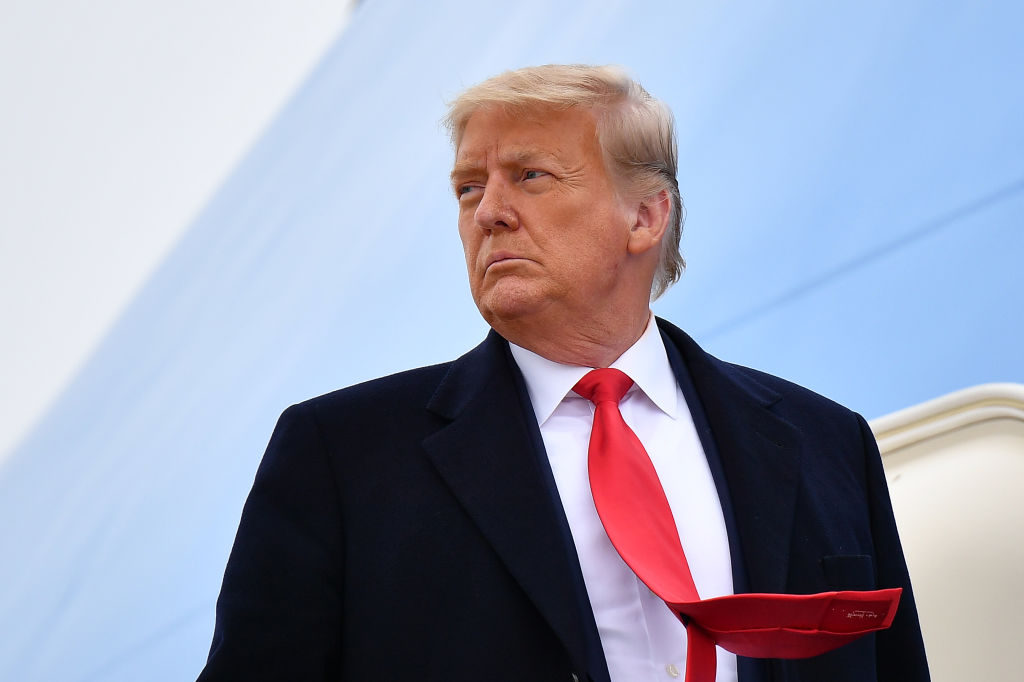 The figure of the ex-president is one of the most endearingly republican features of American politics. He who was the most powerful man in the world for as many as eight years turns overnight into a political fossil.
He’s no longer the leader of his party, much less his country. Whether in his fifties or in his seventies, his battles are over. Now there’s just millions to be made on the corporate lecture circuit and publishing ghosted memoirs. If you’re Jimmy Carter, you build houses for the poor. If not, the spotlight returns only when you’re...

The figure of the ex-president is one of the most endearingly republican features of American politics. He who was the most powerful man in the world for as many as eight years turns overnight into a political fossil.

He’s no longer the leader of his party, much less his country. Whether in his fifties or in his seventies, his battles are over. Now there’s just millions to be made on the corporate lecture circuit and publishing ghosted memoirs. If you’re Jimmy Carter, you build houses for the poor. If not, the spotlight returns only when you’re the opening act for your party’s next nominee at the convention. The only big national event that’s all about you, once your time as president is up, is your funeral.

Trump is not a man who accepts oblivion. Like TR, he rankles at the thought of retiring from the great game show. His businesses went bankrupt six times but he kept coming back. When The Apprentice ended, he turned to politics and won the White House. Even that wasn’t quite the overnight success that it seemed: he had contemplated running in 2000 and had talked about it even earlier. He knew what he wanted, and he dared the impossible to get it.

What will Ex-President Trump want next? Revenge — and a second term. If ambition is a hallmark of his personality, a deeply personal rivalry is a hallmark of his politics. Victory over Hillary Clinton was personal; so was dismantling Barack Obama’s legacy. Trump insisted that he had beaten Clinton in the popular vote too, or would have if not for fraud. He insisted that the crowds and online viewership for his inauguration outnumbered Obama’s. The rivalry he felt with Clinton and Obama pales next to what Joe Biden represents in Trump’s eyes: the man who unfairly denied him reelection; who will do to Trump’s legacy what Trump did to Obama’s; quite simply, the man who fired him and took his place.

Biden hardly fills a Trump-like space in the Democratic party — a party decades farther to the left today than its 78-year-old president. Trump, by contrast, has a party, and he almost certainly intends to use it. After the ludicrous but deadly pantomime coup at the Capitol last week, a pundit-class consensus says that Trump cannot possibly win again. But the pundit class is usually wrong about everything. If Trump wants the Republican nomination in 2024, who or what, exactly, will stop him from getting it?

Ill health could derail a Trump comeback: in 2024, Trump will be as old as Biden is now. The Democrats would be in no position to argue that Trump was too old, but biology itself might differ. Biden’s own senectitude might make Americans think twice about entrusting the executive branch to someone so old. But Trump seems plenty vigorous today.

Democrats dream of ending Trump’s ambitions by putting him behind bars. But that risks making a political martyr out of him. And as Eugene V. Debs showed, you can indeed legally run for president from a prison cell. The only possible route to disqualifying Trump from holding office lies with impeachment and conviction in the Senate. And even then, a vote to ban him from holding office again could be reversed by a future Republican majority. The House voted to impeach the President for a second time on Wednesday evening, though a Senate trial won’t begin until after Biden takes office. Impeachment and ‘removal’ of a president who has already left office is, however, something that defies the logic of the English language, and for which there is no controlling precedent in American history. If such a thing can be done at all, it won’t be easy, or uncontested in the Supreme Court. And the stakes for the Court would be high indeed.

The Court still enjoys more public esteem than either of the elected branches. Despite all the contentious confirmation hearings and the rulings from on high about morally polarizing questions like abortion, many American still think of the Court as above politics. Disqualify the leader of a major party from holding office, and millions of voters will respond by writing off the Court itself. Talk of democracy will ring hollow if voters are not allowed to decide for themselves whether Donald Trump should ever be president again.

The first place voters will get to decide that is in the GOP itself. The GOP as of now is animated by three spirits. The two most powerful — dislike of the Democrats and loyalty to Trump — complement each other naturally. The third motive force, ideology, is comparatively weak and divided. Can any conceivable rival beat Trump for the nomination in 2024? Not Missouri senator Josh Hawley, who has taken almost as many lumps as Trump himself since the invasion of the Capitol. Not Ted Cruz, who also bears the stigma of having voted against some of the Electoral College results.

Cruz was the last, strongest challenger to Trump in 2016. Many ideological conservatives supported Cruz over Trump in the relatively low-turnout, activist-friendly environment of the party caucuses. But in his presidential term Trump showed himself to be just as devoted to key conservative interests as Cruz professed to be. The ideological blocs that doubted Trump in 2016 have no doubts now, not after the tax cuts and regulatory relief, and not after Trump put Amy Coney Barrett on the Supreme Court.

Mike Pompeo is eager to win the nomination by doing his best impression of Trump — but the best impression in the world won’t be anything next to the real thing. On the party’s withered anti-Trump wing, only Nikki Haley is as a plausible contender. She of course worked in the Trump administration, and would somehow have to convince NeverTrumpers to vote for her while also pulling away some of Trump’s own support. Her best chance, in theory, lies in a primary splintered by several Trump-like candidates. If Trump’s support splits, a single ‘Bush Republican revivalist’ candidate might sweep up the anti-Trump vote. But this is a Lincoln Project opium dream: none of the Trump-wannabes is in a position to draw substantial support away from him, and Haley has no base, personal or ideological, to match Trump’s. The same is true of Mike Pence. His standing has risen since the riot in the Capitol, but he lacks the personal following that Trump has. And with Haley already making plans to run, Pence would not have the stop-Trump lane to himself.

Of course, Republicans do want to win in 2024. At least, the party elite does. Could the party mandarins, gathering once again in a mythical ‘smoke-filled room’, rig the primaries to stop Trump? Nothing that has happened in Republican politics since Trump came down that escalator in 2015 suggests that the mandarins could stop him even if they tried, and most of the evidence suggests they don’t want to. The mandarins who think Trump can’t win in 2024 might well take a long view, bowing to the inevitable in the primaries and general election, and setting their sights on a truly clean, post-Trump slate in 2028.

After all, if the party establishment did stop him, Trump would still be in a position to deprive the GOP of a victory by running as a third-party candidate, or simply as a write-in. The Constitution party might be the obvious third party to take over, but if the Libertarian party really wants to smash the two-party duopoly, nominating Trump would be one way to do it. Given Trump’s transactional methods and the Libertarians’ record of nominating un-libertarian ex-Republicans — longtime gun-control advocate William Weld for VP in 2016, for example, and longtime anti-drug warrior Bob Barr for president in 2008 — such a mesalliance isn’t quite inconceivable.

Trump’s would-be successors will also take a long view. As Trump could only serve a single term, his vice-presidential pick would not have long to wait for his or her moment to arrive. Whether Trump wins or loses in November ’24, his running mate would be heir apparent for the 2028 nomination. If Trump, age 78, did win again, his VP might not have to wait a full four years. Kamala Harris will almost inevitably be the Democratic nominee come 2024, and perhaps the incumbent president too. That won’t diminish Trump’s rivalry with Biden in the least; if anything, beating Harris would be a double victory, over Biden and his hand-picked successor.

Biden and Harris might be the beneficiaries of a tremendous rebound from the miseries of COVID-19, the lockdown and the recession brought about by both. But whatever problems the America of 2024 might face, they will be shackled to the legs of the incumbent administration. Recoveries are not without their own risks: many a revolution has broken out precisely when things start getting better, as the mismatch between aspiration and reality is felt more poignantly. When the past feels drab and the future is a dream, people begin to take risks. This has been the secret to Trump’s political success.

The institutions and the leadership class and the norms of the post-Cold War era are dying, not just in this country but everywhere. Populists and nationalists have not been able to replace them — yet. But they keep trying, and the establishment of old is not growing more vigorous. Amid a global pandemic and the worst economy since the Great Depression, and with all of his own considerable baggage, Donald Trump still received more votes than any Republican in history, including gains among blacks and Latinos. The force that Trump represents is an index of dissatisfaction with the dying political center and the new woke left. The question confronting America in 2024 and beyond is which coalition will fracture first: a Republican party with or without Trump, or a Democratic bloc torn by tensions between its center and its left? These are the ingredients for a great political realignment of which figures like Trump and Bernie Sanders may have given us only a first taste.

Trump was the man responsible for both parties’ coalitions in 2020. The glue of the GOP and the impulse behind its voters, he also provoked a reaction from Democratic constituencies and suburbanites that boosted Biden and Harris far beyond the heights they could have scaled on their own. What are the odds that anyone else can do that in 2024? If they are as low as they look, the Trump era isn’t over.