Why is there more intellectual freedom in Bucharest than Cambridge?

The students in Romania were doing what students are supposed to do: hearing each side of the argument 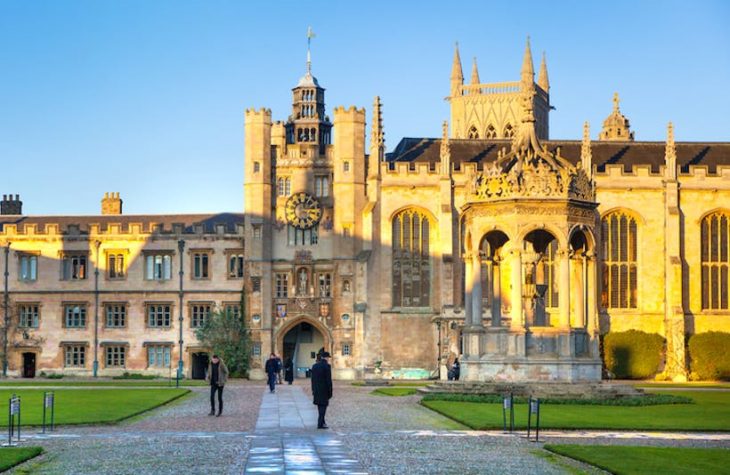 Why is there more intellectual freedom in Bucharest than Cambridge?

‘You can talk about anything you like,’ said Radu, a young Romanian academic when he invited me to a conference in Bucharest. The theme was ‘Real liberty or new serfdom?’ marking the anniversary of the fall of Nicolae Ceauşescu 30 years ago. The audience was made up of Romanian undergraduates.

‘You can talk about anything you like,’ said Radu, a young Romanian academic when he invited me to a conference in Bucharest. The theme was ‘Real liberty or new serfdom?’ marking the anniversary of the fall of Nicolae Ceauşescu 30 years ago. The audience was made up of Romanian undergraduates.

The keynote speaker, a German federalist, was planning on making the classical liberal case for the EU, which made the title of my lecture — ‘The classical liberal case against the EU’ — a no-brainer. But I was nervous when I told Radu what I wanted to talk about. Thirty years ago, Romanians had been ruled by a man who literally gave his critics cancer. Would fears of criticizing the powerful die hard in Bucharest? I waited for the explanation that there had a been a mix up, that my lecture would be canceled, and…‘Excellent!’ replied Radu. ‘That’s exactly what we need.’

A week later I was preparing to talk to a student politics society at Cambridge and I suggested the same subject. Only this time I did get the explanation. ‘The problem is…we’re looking for something a bit more mainstream.’ Mainstream? But this is broadly the view of 52 percent of the UK population! ‘Right. It’s just that we had a pro-Brexit speaker once and it all got a bit uncomfortable, a bit… controversial.’ Controversial ideas? At a university? Whatever next?

He was quite honest about it. It seemed like his society’s director had introduced a policy of no-platforming Brexiteers. I spared him the thoughts crystallizing in my mind about Cambridge as the scholarly heart of the English Reformation and the Parliamentarian struggle against arbitrary power. ‘Something on China, perhaps?’ he suggested. An authoritarian regime that suppresses free speech. Yes, I can see why that would go down better at Cambridge.

Back in Romania, we all got together in a hotel in Bucharest. The German federalist did his thing: Kant, perpetual peace, the brotherhood of Europe like the good old days of the Holy Roman Empire (never mind the Thirty Years’ War). He was asked how he squared this vision with the mess the EU is in today. ‘We need to squash down these nation states, that’s the way,’ he said cheerfully. He ended with a flourish, explaining how ‘these days, under the EU system, Bratislava for example is a great German, I mean European, city.’ Nervous laughter; polite applause.

I knew I couldn’t compete with the philosophical stuff and I had to admit that perpetual peace sounded tempting. So I kept it simple: I explained how the EU makes laws, what it actually does. A Parliament that can’t propose laws, which actually come from lawmakers that aren’t directly elected, secretive committees stitching up legislation away from the public gaze, etc, etc. I suggested this was less the embodiment of Kant’s vision than a return to a pre-Enlightenment form of government. The Holy Roman Empire was close to the mark, but with a ‘single European army’ (Juncker’s words) attached. If you think that’s liberal you’re living in a dreamworld. With an intake of breath, I finished bang on the hour. At first, tumbleweed.

Then suddenly everyone seemed to have a question, which were analytical, forensic and good-humored. No faux outrage, no deployment of the logical fallacy so common in this debate (‘Some nasty fascists don’t like the EU, ergo if you don’t like the EU you must be a…’) It was an intelligent, stimulating, grown-up discussion.

I have long held the theory that the experience of communism in Eastern Europe has inoculated these countries against socialism today. It’s not that I romanticize these former Soviet satellites. Their political elites are frequently crooked (and often in hock to EU officials). Many of their citizens will likely wait decades before getting a real choice about EU membership. Most read little criticism of Brussels in their newspapers, just the boiler-plate encomiums. But that is beside the point.

The students in Bucharest were doing what students are supposed to do: hearing each side of the argument. They didn’t show any of the symptoms of intellectual decay that I often encounter among students in the Anglosphere – in particular, using someone’s dissent from progressive orthodoxy to exclude, purge, persecute, or otherwise gain power over them (I mean no-platforming, social-media mobbing or denouncing in an ‘open letter’). But there is another malady that afflicts so many of our students, and is often indicative of an authoritarian mindset: they are so boring.

In Cambridge there is a continued failure to uphold free speech, or to grasp what it is to be properly liberal. Because if I can make a case against rule by faceless bureaucrats in a former Warsaw Pact dictatorship but not at one of our finest universities, our culture is in serious trouble. By 1975 Saul Bellow warned that ‘the universities have failed painfully’ and in the 1980s Allan Bloom pointed out that ‘the spirit of scientific inquiry’ that used to animate them is slowly dying. In British universities now, you can’t talk about certain subjects. That sounds like the ‘new serfdom’ to me.

Dr Radomir Tylecote is a Research Fellow of the Institute of Economic Affairs. This article was originally published on The Spectator‘s UK website.