The mendacity of Joe Biden’s address to Congress 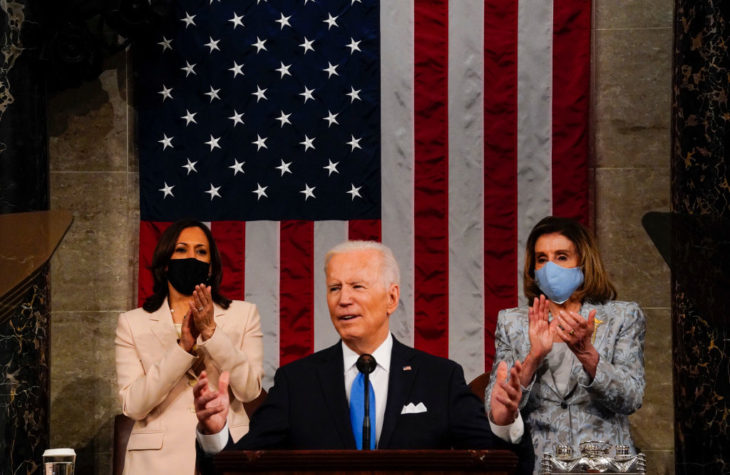 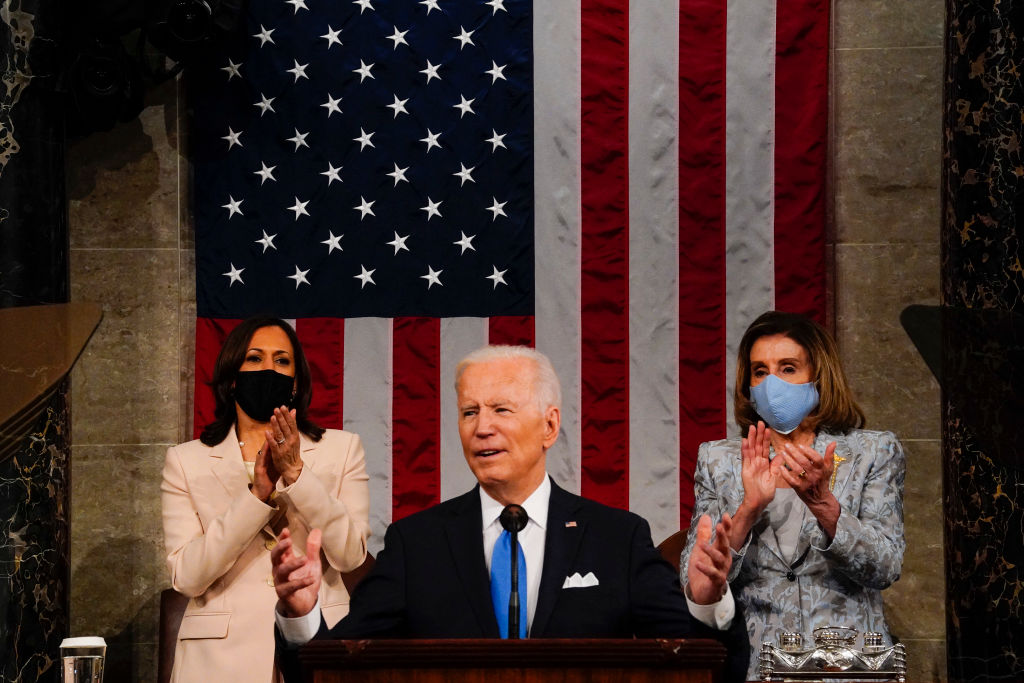 The mendacity of Joe Biden’s address to Congress

John Maynard Keynes is alleged to have said 'When the facts change, I change my mind — what do you do, sir?’ I am no fan of Keynes generally, but there is something to be said for that pithy 'second-thoughts’ comment. It pains me to admit it, but the President’s address to the joint session of Congress put me in mind of Keynes’s observation. After all, was it not a rousing address? Even long-time critics acknowledged it. One described it as 'a perfect blend of strength and empathy’. I have to agree. That same commentator...

John Maynard Keynes is alleged to have said ‘When the facts change, I change my mind — what do you do, sir?’ I am no fan of Keynes generally, but there is something to be said for that pithy ‘second-thoughts’ comment. It pains me to admit it, but the President’s address to the joint session of Congress put me in mind of Keynes’s observation. After all, was it not a rousing address? Even long-time critics acknowledged it. One described it as ‘a perfect blend of strength and empathy’. I have to agree. That same commentator wrote that ‘Tonight, I was moved and inspired. Tonight, I have hope and faith in America again.’

I think a lot of people felt that way. Many people agreed with him. Yes, it’s early days yet. But let’s face it. The President has already racked up significant victories. Think about his energy policy, his attack on illegal immigration, his efforts to dismantle or at least pare back the leviathan that is the administrative state, his proposals to reduce the tax burden for both businesses and individuals while also strengthening America’s military: in these and other initiatives has he not taken bold steps to fulfill his campaign promises to return power from Washington to the People and ‘make America great again’.

Oops: I was talking about the wrong speech! That was about Donald Trump’s 2018 State of the Union address, in which he called upon Americans to put aside the partisan passions that divide us in order to go forward as one people united in the goal of making a better America. It was his next State of the Union address, in 2020, when Speaker of the House Nancy Pelosi, sitting directly behind President Trump, capped the evening picking up a copy of the speech and tearing it in two.

One ghost was St Anthony Fauci, who was responsible for Joe Biden’s doddering entrance to the depopulated room. No handshakes, just fist or elbow bumps to the bemasked denizens of that melodrama.

What Biden called ‘the worst pandemic in a century’ was at center stage. On taking office, he said, he promised 100 million vaccine shots in 100 days. To date, he said, 220 million shots have been delivered.

Who or what accomplished that? If you look at the Biden press pool — also known as CNN — the Biden administration is responsible for America’s robust response to this latest respiratory virus. But in fact, it was Donald Trump’s ‘Operation Warp Speed’ that produced several effective vaccines in record time — and it was Trump’s plan that provided the entire plan for distributing it.

Joe then went on to describe what he called, without cracking a smile, the ‘American Rescue Plan’. In essence, it is the same plan that was outlined, but in more modest terms, by a certain Italian politician in the 1920s. ‘All within the state, nothing outside the state, nothing against the state.’

Joe did not mention any of that. Instead it was all Bernie Sanders-esque class warfare: raise taxes, eat the rich, take control of — well, everything.

But along the way there were some strange echoes. Biden said his mantra was ‘Buy American’. ‘American tax dollars are going to be used to buy American products made in America that create American jobs.’ Where have we heard that before?

Here’s how we do it. First, spend more money than anyone thought possible. Promise free stuff for everyone (except Republicans). Second, destroy the engines of prosperity. Start with the energy industry. Tax it, regulate, mount a huge ‘green- new-deal PR campaign against cheap, abundant energy. It’s working! Hundreds of thousands are out of work and gas prices are up some nine percent in just 100 days! Good going, Joe!

I think my favorite part of this dog’s breakfast was the part where he asked, how are we going to pay for all this. ‘I’ve made clear that we can do it without increasing deficits.’

Of course, it would not have been a Democratic talk if there were not some invocation of the melée at the Capitol on January 6.

‘As we gather here tonight, the images of a violent mob assaulting this Capitol — desecrating our democracy — remain vivid in our minds.

‘Lives were put at risk. Lives were lost. Extraordinary courage was summoned.

‘The insurrection was an existential crisis — a test of whether our democracy could survive.’

I thought it was a horrible speech — cliché-ridden, yes, but also deeply mendacious. The latest import from China is not ‘one of the worst pandemics ever’. We were not ‘staring into an abyss of insurrection and autocracy’ on January 6. There were a small number of bad hats and many who were exercising their constitutional right to dissent. This, of course, was in sharp contrast to the hundreds of thugs who rampaged through dozens of cities setting fires and destroying property over the summer — and even now. But forget all that. Here was the geriatric specimen blinking into the cameras:

‘With light and hope, we summoned new strength and new resolve.

‘To position us to win the competition for the 21st century.

‘On our way forward to a Union more perfect. More prosperous. More just.

‘As one people. One nation. One America.’

I thought at first that the few dozen people in the Capitol were wearing face masks. I didn’t consider the possibility that they were air-sickness bags.