As the Nury Martinez tape shows, many aren’t seeking a post-racial mecca 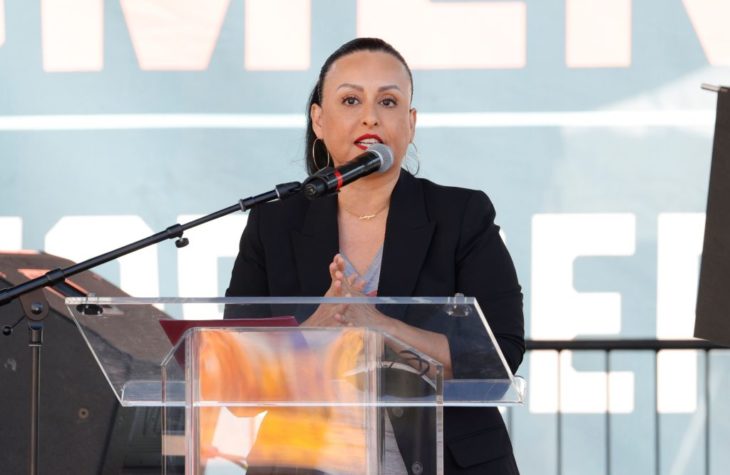 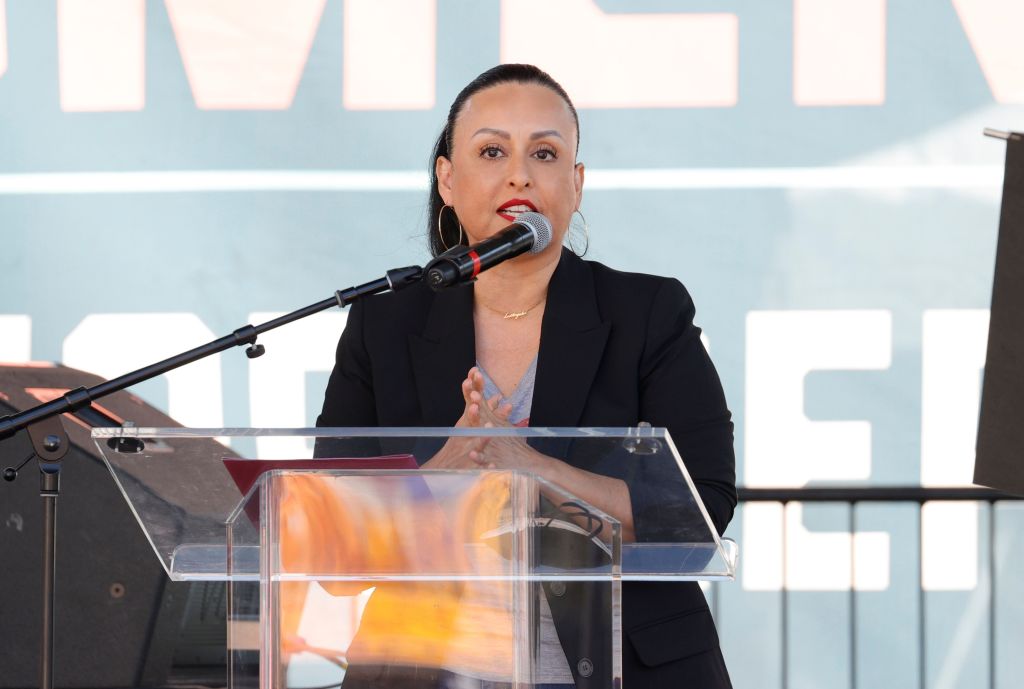 A secret hour-long recording of an October 2021 meeting of Los Angeles city politicos surfaced last week, as California’s midterm election ballots arrived in the mail. Taking the city and nation by storm, the leaked audio exposed the cutthroat racial politics and deceit of elected officials who pretend to be tribunes of diversity.

Amid talking about who’ll help and hinder la...

A secret hour-long recording of an October 2021 meeting of Los Angeles city politicos surfaced last week, as California’s midterm election ballots arrived in the mail. Taking the city and nation by storm, the leaked audio exposed the cutthroat racial politics and deceit of elected officials who pretend to be tribunes of diversity.

Amid talking about who’ll help and hinder la raza, Martinez stated in Spanish that white, gay council member Mike Bonin’s adopted black child had acted “like a little monkey” at a parade. Bonin had used him as an “accessory,” she added. De León agreed, comparing the boy to a Louis Vuitton handbag. Of radical county district attorney George Gascón, Martinez said, “Fuck that guy. He’s with the blacks.” And so the conversation went, with slurs hurled casually at Oaxacans, Armenians, and Jews for good measure. 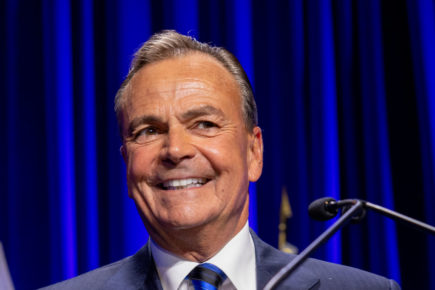 The battle for Los Angeles drags on

Who taped the exchange is uncertain. A plausible explanation is that a Herrera union rival bugged the closed meeting and sat on the audio until election time. Los Angeles magazine points the finger at a longtime associate of the Federation and frontrunner for a tightly contested council seat. The recording was made illegally, but that’s a moot point. Once the audio was posted and the Los Angeles Times tipped off, the reaction was instant. State-level candidates and the White House jumped into the fracas to express shock, dismay, and above all, ideological purity.

Council member Bonin weighed in “as a dad,” playing to the nation’s news cameras. “I can never really know or comprehend the real weight of the daily relentless anti-black racism that my son is going to face,” the performative Bonin said, choking back tears. “But man, I know the fire that you feel when someone tries to destroy black boy joy,” he concluded, chewing the scenery. “Man, it’s a rage.”

Call a script doctor or maybe a psychotherapist. Bonin’s lability suggests an unstable personality. Leaving aside what “black boy joy” might be, West Hollywood’s councilman and activist Mitch O’Farrell proclaimed Bonin’s family was “an inspiration” to him, his own partner, and the entire city. Meanwhile, Bonin’s super-woke Venice district is a Mad Max paradise or depraved hellhole, depending on your perspective. Once-tony West Hollywood is now run down, filthy and dangerous at night, losing residents and cachet.

Over at the Los Angeles Times editorial page, diversity columnist Erika Smith admitted the incident “blows a massive hole in the narrative that many would like to believe about Los Angeles — and about California — being some sort of multicultural mecca, where black and brown people build alliances to work together in solidarity.”

Warned Smith, “because of their racist beliefs,” Latinos “will ignore our needs.” Caught up in her own ethnic loyalties, Erika fears blacks are going to lose their punch at City Hall to Latinos. The California Legislative Black Caucus said the recording “reveals an appalling effort to decentralize black voices during the critical redistricting process.”

In 1970, Los Angeles was almost 20 percent black. Now it’s about 9 percent. Mayor Tom Bradley is long gone, and US Representative Maxine Waters is a relic of Watts Riots and O.J. Simpson trial ethno-militancy. Black Los Angeles hopes that former representative Karen Bass is going to be its tomorrow. The stand-pat Pelosi Democrat would do her best to keep public employees and dependents in clover.

Of course, no one in his right mind actually believes Los Angeles is a “multicultural mecca” unless they are paid to think this way. It’s a metroplex divided by race, wealth, and nationalities, replete with ethnic enclaves, low on trust and cross-cultural friendliness. The global jumble compares to an overwhelmingly native-born and English-speaking core with strong civic interstices fifty years ago. Unlike in the past, few of the city’s newcomers come from Iowa or Oklahoma.

An estimated 36 percent of the city’s four million people are foreign-born, comprising a solid majority in its core. Syrian and Egyptian Arabs are designated white, along with Persians, Russians, Israelis, Armenians, and Palestinians. Mexicans, Salvadorans and Puerto Ricans are awkwardly grouped as Hispanic. Chinese, Koreans, Filipinos, Japanese, and East Indians think “Asian” only for mutual gain. The politics of racial designation and spoils are crude.

For the 48 percent of the city labeled Latino, race is not a duality in black and white but a gradual brown scale. Latinos are mestizos, a mix of European and not. Even old Mexico City families that speak only to one another and then in a haughty Castilian dialect, even grandees who might keep a framed photograph of General Franco tucked away in their attics, they are mestizos. Many mestizos identify as blanco. Those who look Aztec or Indian — Richard Rodriguez pointed this out candidly in his 1982 autobiography Hunger of Memory — are conscious of their appearance and the inferior status it might convey.

Creating a multicultural mecca is not a Latino — or Asian — imperative. As has been the case for hundreds of years, racism based on skin color is deeply ingrained in Latino culture. As the leaked audio indelicately illustrates, ethnocentrism is not vanishing in multiracial America, certainly not if la raza has its way. Enterprising Latinos vote their pocketbook, not race, and some look to the Republican Party for relief.

The “nonpartisan” council kowtows to the city’s public employee and teachers’ unions, the building trades, and the social services complex. It sidelines pressing issues of crime, vagrancy and infrastructural maintenance, of roadwork, water and sewage, clean beaches and usable parks. Of its fifteen seats, several are open or vacated on account of crime or malpractice. With the resignation of Martinez, and de León resisting the inevitable, the city’s lawmaking authority has ground to a standstill. Los Angeles is losing the ability to govern itself.

One big global kibbutz Los Angeles will never be, even if woke billionaire “allies” on the Westside and in Hollywood wish for it day and night. Nor will Bonin-style swooning turn the corner for a city in free fall. In a perfect world, the Los Angeles mayoral election would result in getting the city clean and back on its feet, safe again, an uphill climb from the present. It’s not certain that will be possible.

Los Angeles’s day-to-day operations and city services are crumbling before residents’ eyes. The make-better enterprise of past civic leaders from Harry Chandler to Peter Ueberroth and Richard Riordan is in short supply. Law-and-order real estate developer Rick Caruso is the avatar of the city’s can-do tradition and as a mayoral candidate promises some relief from the down-in-the-dirt council. Whether or not Democratic regular Karen Bass — no longer a front-running shoo-in — will take over City Hall to advance an equity agenda remains an open question.