If you were a juror, would you dare to return a ‘not guilty’ verdict? 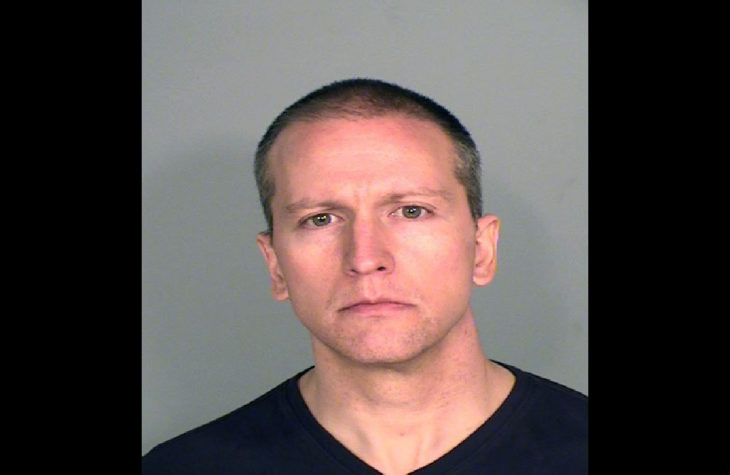 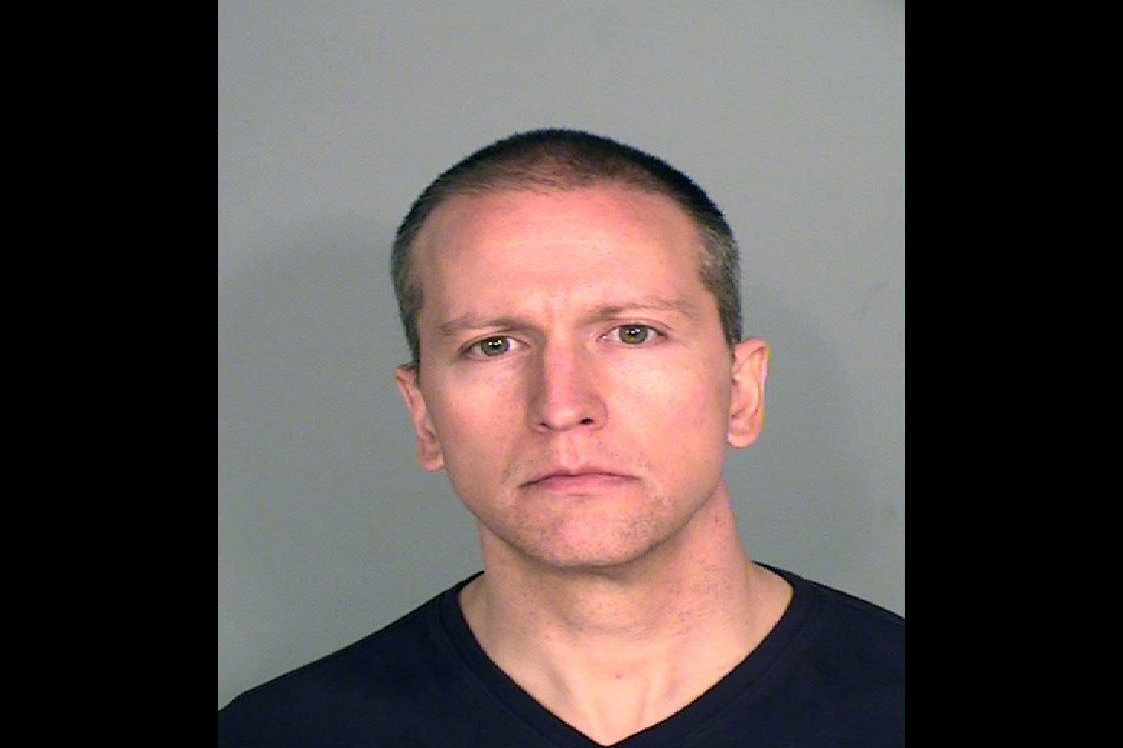 As I write, jury selection for the murder trial of Derek Chauvin is about to begin in Minneapolis. You remember Derek Chauvin, right? He is the (former) policeman charged with the murder of St George Floyd, race martyr (also drug addict, woman abuser, and career criminal).

Chauvin and his three colleagues disgusted civilized opinion last spring when a bystander’s video clip of Officer Chauvin kneeling on George Floyd’s neck was released. Nine minutes. Chauvin kept Floyd pinned to the ground for some nine minutes. ‘I can’t breathe,’ Floyd can be heard crying. An ambulance eventually came...

As I write, jury selection for the murder trial of Derek Chauvin is about to begin in Minneapolis. You remember Derek Chauvin, right? He is the (former) policeman charged with the murder of St George Floyd, race martyr (also drug addict, woman abuser, and career criminal).

Chauvin and his three colleagues disgusted civilized opinion last spring when a bystander’s video clip of Officer Chauvin kneeling on George Floyd’s neck was released. Nine minutes. Chauvin kept Floyd pinned to the ground for some nine minutes. ‘I can’t breathe,’ Floyd can be heard crying. An ambulance eventually came to whisk Floyd off to hospital. Too late. Floyd died, murdered by the brutish policeman who cruelly, gratuitously, asphyxiated him by kneeling on his neck, cutting off his air supply.

But appearances can be so deceiving. What I have just told you is the Approved Narrative about what happened. George Floyd was murdered in broad daylight in front of civilians by Derek Chauvin while three other officers stood by and did nothing. It is the story that was assiduously circulated by the New York Times, CNN, and other organs of outrage. The truth is more complicated.

First, the video clip that horrified the world was heavily edited. We see Floyd, pinned to the ground by Chauvin, piteously crying ‘I can’t breathe.’ Conclusion? That he can’t breathe because Chauvin is pressing on his windpipe. But a look at the police bodycam footage shows that Floyd was complaining that he couldn’t breathe before he was restrained by the police. Why? Because, as the FBI’s interview with the local medical examiner on July 8, 2020 revealed, Floyd was suffering from pulmonary edema, i.e., his lungs were full of fluid. And why was that? Partly because of an underlying heart condition, partly because Floyd was full to the gills with fentanyl, a drug known to affect respiration and cause pulmonary edema.

By the way, I say that FBI report ‘revealed’ this extenuating evidence, but it was evidence that the prosecution withheld from public scrutiny until the end of October 2020, by which time Minneapolis and many other cities across the country had been torched by Black Lives Matter rioters demanding ‘justice’ for George Floyd.

Here’s something else. Although Chauvin’s restraint looks brutal, it was actually part of the standard Minneapolis police protocol for dealing with persons exhibiting ‘excited delirium,’ a dangerous, often fatal, condition brought about by too much fentanyl with one’s afternoon tea. According to the medical examiner, Chauvin did not appear to have obstructed Floyd’s airway — Floyd would not have been able to speak if he had — and Floyd did not die from strangulation. Bottom line, George Floyd died from the effects of a self-administered drug overdose, effects that might have been exacerbated by his interactions with the police, i.e., his exertions in resisting arrest. For their part, the police were trying to help Floyd. It was they who called the ambulance because they recognized that Floyd was in extremis.

That’s not what we have been told, is it? The defense has received permission to air the trial publicly. Presumably, all this evidence will be presented. How would you like to be a juror at that trial? How easy will it be to find impartial jurors in Minneapolis, where the city council, in the wake of Floyd’s death, actually voted to abolish its police department? If you were a juror, would you dare to return a ‘not guilty’ verdict?

Not that I think it is likely to come to that. As Powerline’s Scott Johnson reports, ‘At the behest of the mob, Gov. Walz lifted responsibility for the prosecution from the office of the Hennepin County attorney and assigned it to Minnesota attorney general Keith Ellison.’ Take a moment to look up Keith Ellison. Savor his connections to the Nation of Islam and other radical groups. Then note that he has more than 130 lawyers in his employ. For the trial of Derek Chauvin, Johnson observes, Ellison has also tapped four prominent outside attorneys, who have offered their services pro bono.

On his side, Derek Chauvin has a local criminal defense lawyer named Eric Nelson. That appears to be it. As Johnson drily observes, ‘If you’re looking for Atticus Finch in the case, Nelson will have to serve.’

So what will happen? Minneapolis is endeavoring to prepare for any eventuality. The area around the courthouse is beginning to look like Nancy Pelosi’s Capitol, surrounded by metal fencing, concrete barriers, and razor wire. The local jailhouse has been fortified and heightened security measures are being put in place around the city.

But what will all that signify? The real question is whether, whatever security window-dressing may be deployed, Derek Chauvin can receive a fair trial in Minneapolis. As former federal and state prosecutor George Parry has observed, ‘there is no conceivable possibility that Derek Chauvin can receive a fair trial in Hennepin County, simply because it will be impossible to seat an unintimidated jury free from the threat of mob violence. Conducting a trial under these circumstances will serve only to put a thin veneer of pretend due process on what in reality will be a legalized lynching based on a verdict rendered by a properly and quite understandably terrorized jury.’

In other words, the trial of Derek Chauvin, which would be difficult to conduct fairly any place in the country, will be little more than left-wing theater in Minneapolis. It ought to be moved far away. Even then, should he be acquitted, look for an explosion of violence in Minneapolis and possibly around the country. What the mob wants is not justice but ‘social justice,’ which in this case means racial redress. Derek Chauvin, alas, is likely to be the scapegoat in this despicable farce. 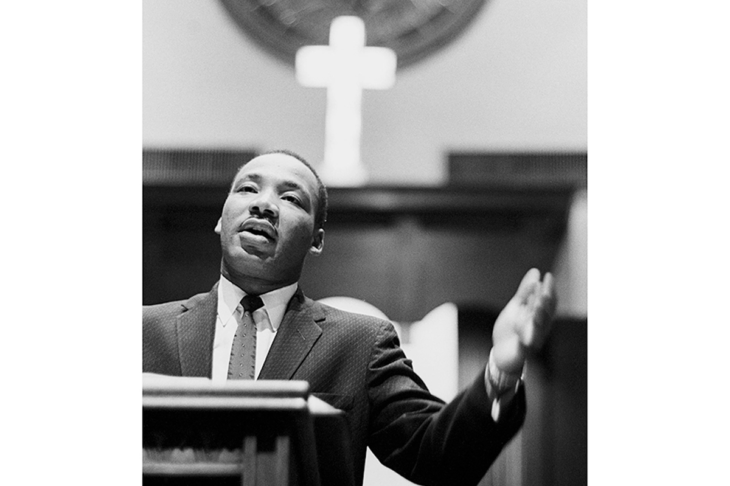