What will Joe Biden do about North Korea? 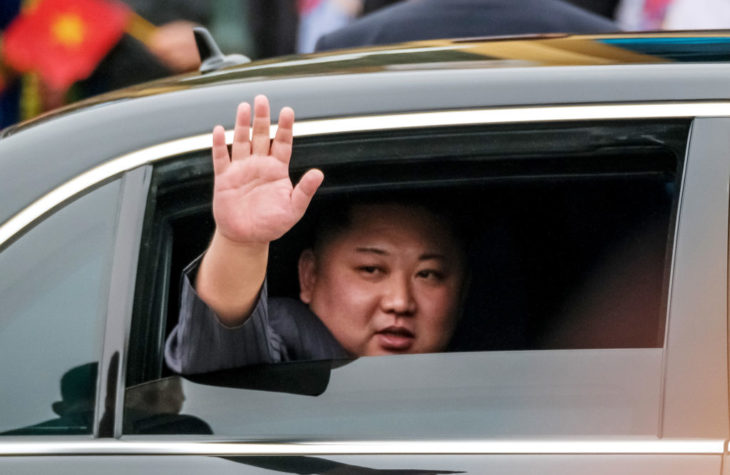 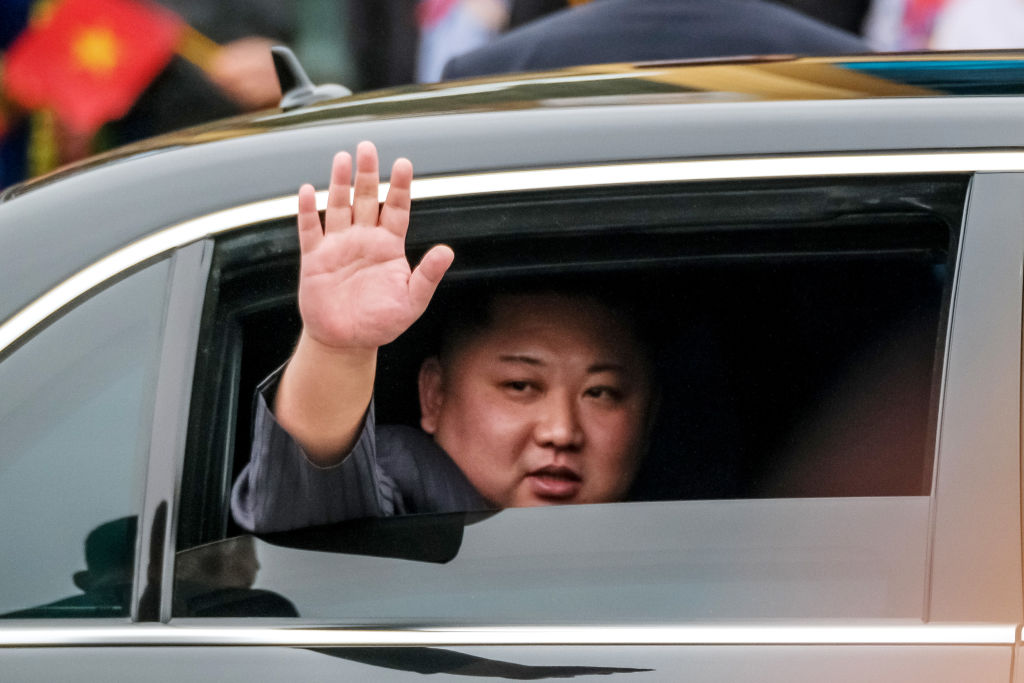 What will Joe Biden do about North Korea?

Kim Jong-un marked the new year by treating North Koreans to several days of lengthy speeches followed by a display of North Korea’s nuclear and missile capabilities. Behind this show of power lies a truth that Kim and his country faces a series of unprecedented challenges this year. Sanctions continue to bite and, combined with the coronavirus pandemic, the North Korean economy remains paralyzed. Yet this doesn’t mean the task for Joe Biden in dealing with a problem like North Korea will be easy: in fact, as domestic problems are exacerbating, Biden’s task becomes even...

Kim Jong-un marked the new year by treating North Koreans to several days of lengthy speeches followed by a display of North Korea’s nuclear and missile capabilities. Behind this show of power lies a truth that Kim and his country faces a series of unprecedented challenges this year. Sanctions continue to bite and, combined with the coronavirus pandemic, the North Korean economy remains paralyzed. Yet this doesn’t mean the task for Joe Biden in dealing with a problem like North Korea will be easy: in fact, as domestic problems are exacerbating, Biden’s task becomes even harder.

In 2018, the North Korean leader set out a ‘new strategic line’. In contrast to the byungjin policy of parallel nuclear and economic development — declared five years earlier — the approach would focus exclusively on domestic economic development. 2020, however, has dashed any hopes to bolster this line in 2021. The closure of the DPRK’s border with China last January cut economic flows with North Korea’s long-standing partner: trade with Beijing — accounting for approximately 90 percent of North Korea’s economic flows — has declined by approximately 70 percent over the past year. The DPRK recently claimed that, in a sample of approximately 12,000 coronavirus tests, there was not a single positive case — but such an achievement (if you can call it that) does not offset the economic difficulties that Kim himself has openly acknowledged.

The Great Leader lamented that the five-year economic plan, imposed in 2016, had been nothing short of a catastrophic failure, whereby ‘almost all sectors fell a long way short of the set objectives’. Kim’s message was acerbic, but clear: he is not counting on the United States to ease sanctions. As Kim reaffirmed only a year ago: it is ‘there is no need to hesitate with any expectation of the US lift of sanctions.’

Kim also had a message for optimists who think complete unilateral denuclearization of the DPRK is likely: think again. North Korea perceives itself as a nuclear-armed power, and wants to be treated as such, not least by the US.

Kim’s shopping list is long and worrying. It includes new warheads; an intercontinental ballistic missile with a range of 15,000 kilometers (9,000 miles); increased nuclear weapons capabilities, not least tactical nuclear weapons; and military satellites. The recent military parade brandished yet another new type of submarine-launched ballistic missile — a Pukguksong-5 — much to the glee of a smiling Kim.

As he prepares to take his seat in the Oval Office, Biden is caught between a rock and a hard place. Washington, Pyongyang’s lifelong enemy, continues to target an all-encompassing ‘hostile policy’ towards the DPRK. In Pyongyang’s eyes, this ‘policy’ can only warrant one response: nuclearization. As Kim explicitly mentioned, since the ‘hostile policy’ will not change irrespective of the power transition in the US, neither will North Korea’s nuclear endeavors.

What we can be sure about is that the new president will shun the approach of his predecessor. In writing oleaginous letters to his North Korean counterpart, Trump hampered interstate relations between Washington and Pyongyang, and between Washington and Seoul. Promising to revive the latter alliance in his pre-election campaign, Biden pledged an approach of ‘principled diplomacy…pressing towards a denuclearized North Korea’ through sanctioning. At the same time, in the Blue House in Seoul, Moon Jae-in, with only a year remaining on his term, is seeking one final push towards his as-of-yet unfulfilled policy of active engagement with the North. Moon is unlikely to support a US policy of suffocating the DPRK through sanctions; neither, for that matter, is Xi Jinping.

Biden has appointed some experienced negotiators with the DPRK to his team. Incoming secretary of state Antony Blinken is no stranger to voicing his opposition towards Trump’s North Korea policy, advocating pressure — through sanctions — coupled with an Iran-like deal, though what the latter might mean for North Korea is uncertain. Wendy Sherman, soon-to-be deputy secretary of state, was heavily involved in US-DPRK negotiations during the Clinton administration, not least the landmark Agreed Framework of 1994, under which North Korea froze plutonium production before the deal collapsed as the Bush administration took hold. Pyongyang’s nuclear capabilities in 2021, however, pale in comparison to the rudimentary nuclear facilities and programs of the 1990s.

Each successive US president is confronted with an increasingly limited range of options to deal with North Korea, with their predecessors having gone down the list of policy choices one by one. Meanwhile, Pyongyang furthers its nuclear capabilities. For Biden and his team, it will undoubtedly be a question of the least palatable maneuver: maintaining the interests of the US and its allies — Seoul — while not ignoring the North Korea problem, to be exploited by Pyongyang. An Iran-esque deal? A small deal of paltry concessions from the DPRK? A continuation of sanctions leading to North Korea’s ultimate withdrawal from any dialogue?

While Biden’s exact policy remains unclear at this early stage, what is far clearer is that North Korea wants to have its cake and eat it. Kim Jong-un seeks both economic development and nuclear weapons. He hopes that the latter will mean that the international community will have no choice but to recognize the DPRK as a nuclear state. North Korea is not giving up any time soon; we should not be surprised if it resumes its missile testing.