Joe Biden, high priest of the cult of woke 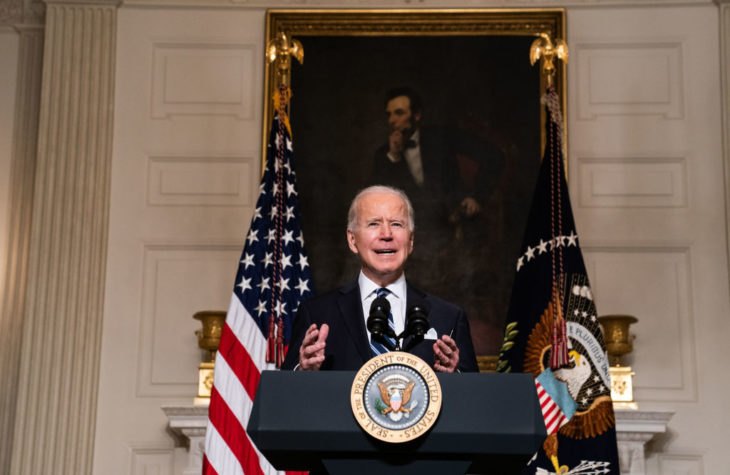 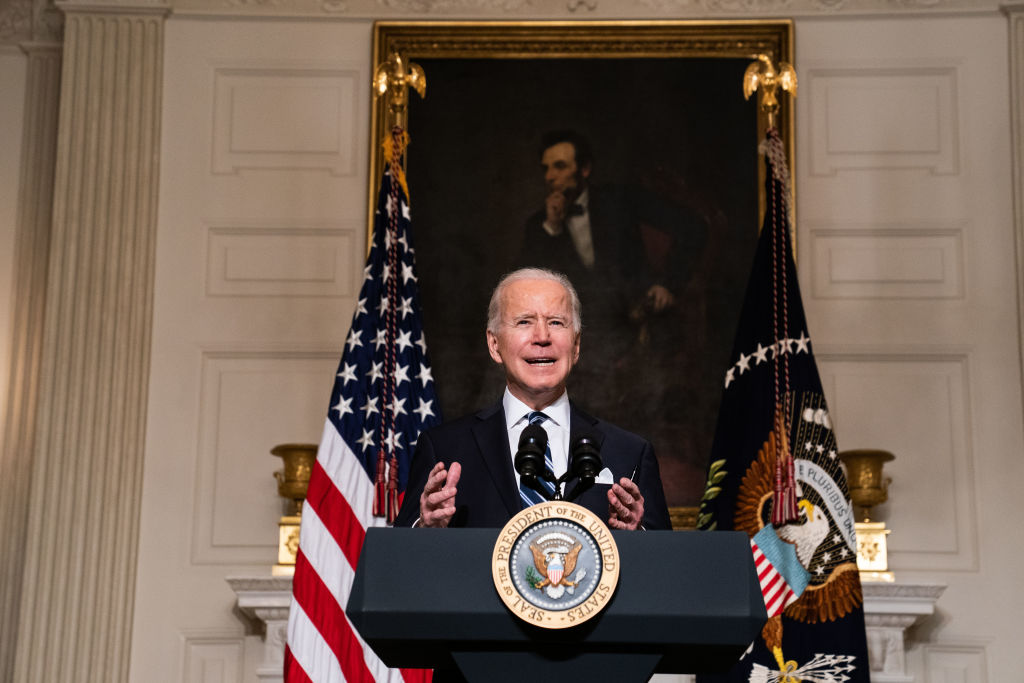 Joe Biden, high priest of the cult of woke

‘Do you think he died of dispossession?’ That’s the facetious question the nameless hero of Ralph Ellison’s 1952 novel, Invisible Man, asks the audience at a rally in New York City in the 1930s. He is a smart and ambitious but naive young man who has fallen into the hands of a radical faction — no doubt the American Communist party — who want to use him to stir up black activism in Harlem. The audience warms to him as he admits his incompetence and compares the microphone to the ‘steel skull of a man’....

‘Do you think he died of dispossession?’ That’s the facetious question the nameless hero of Ralph Ellison’s 1952 novel, Invisible Man, asks the audience at a rally in New York City in the 1930s. He is a smart and ambitious but naive young man who has fallen into the hands of a radical faction — no doubt the American Communist party — who want to use him to stir up black activism in Harlem. The audience warms to him as he admits his incompetence and compares the microphone to the ‘steel skull of a man’. Echoing his Marxist tutors, he asks, ‘Do you think he died of dispossession?’

I read the passage and think of the elusive charmer — ‘If you have a problem figuring out whether you’re for me or Trump, then you ain’t black’ — President Joe Biden. The poor man knows what a microphone is. He has been speaking his odd, sometimes plagiarized, often jumbled stultiloquence into microphones for over 50 years, since he was first elected to the New Castle County Council in Delaware. Along the way he discovered the important truth that the substance of what he said mattered far less than conveying a sense of his amiability. His statements are often the verbal equivalent of those famous shoulder rubs he gives, meant to impose familiarity on the recipient rather than win her permission. His words, C’mon man, are phatic: aimed at connecting, not at saying.

And Biden has been pitching ’em non-stop. Whoever has been feeding him executive orders and dictating phrases into his earpiece has realized that Biden has no filters at all. He isn’t the Invisible Man. He is the Malleable Man. The best proof of that is his declaration: ‘I’m rescinding the previous administration’s harmful ban on diversity and sensitivity training and abolish [sic] the offensive, counterfactual 1776 commission. Unity and healing must begin with understanding and truth, not ignorance and lies.’

We catch ’em, indeed. Biden in so many words just put his office in support of critical race theory, that offshoot of Frankfurt School Marxism. Joe Biden probably has little idea what that ‘theory’ is. He knows it has something to do with ‘race’, and that’s enough. It would be a long day on a Delaware beach before he could tell the difference between the Frankfurt School from a Coney Island Footlong.

In a spirit of charity, I’ll offer some help. By the 1930s, original Marxism was running out of steam. Stalin wasn’t helping the brand by murdering millions of his countrymen. Some German thinkers — the Frankfurt School of Marxists — came up with the idea that instead of fighting the evil capitalists with rocks or guns, the communist revolutionaries should attack the main ideas that made the liberal, bourgeois social order so popular. Liberalism was already on the rocks in Germany, thanks to Hitler, so a fair number of these Marxists immigrated to the United States. Their project was to convince Americans that our sense of freedom and fairness was an illusion. Beneath the illusion lay the real but invisible world of capitalist oppression. Liberal tolerance was hiding this truth, and the task of the revolutionaries was to show us that, rightly understood, we were all under the thumb of the oppressors.

Persuading people to feel oppressed when they are actually free is a tall order, especially when the supposed oppressor remained invisible. To make the Big O visible required creative techniques like staging riots. That was what the communists hoped Ellison’s Invisible Man would help to do. Riots bring police, and police beat people up, and presto, the oppression becomes visible.

Still, the American Communist party made little headway in efforts to persuade Americans that they were oppressed by the free market. But Frankfurt School Marxism did stumble onto something useful. Substitute something else for ‘capitalism’ and the idea that we are pushed around willy-nilly by a great, pernicious but mostly invisible force attracted a lot more believers. Some substituted ‘patriarchy’ for capitalism, and all at once a movement arose that blamed systemic patriarchy as the great source of oppression. Feminism, based on this principle, could indeed provide plenty of instances of injustices toward women, but the theory of patriarchy as an abiding, systemic premise of all civilization wasn’t open for debate or for the kind of interrogation that a genuine social scientific hypothesis would be subject to. It was (and is) treated as a transcendent insight, the denial of which merely shows that the skeptic is still in the grips of the illusion.

Critical race theory is another branch of this tree, and it works in an identical fashion. Its proponents simply assume that America is an entirely racist country. Everything — economics, politics, popular culture, family life, entertainment, organized religion, science, shopping, our very language — is infected with ‘systemic racism’. We may not see it, but that’s because we are wearing racist blinders. We may be disposed to doubt that this insidious form of prejudice surrounds us like the air we breathe, but that’s because systemic racism plants those doubts in our gullible heads.

All we can really do is turn to the enlightened few who will lead us out of the dismal swamp of implicit racism into the sunlit uplands of ‘anti-racism’.

And there we will enjoy the company of our great Anti-Racist-in-Chief, Joe Biden. But getting there won’t be easy. We will have to study hard, and our government will have to spend billions of dollars teaching us. And President Biden has just announced that he will do just that. ‘Rescinding the previous administration’s harmful ban on diversity and sensitivity training’ means restoring critical race theory as mandatory training for federal employees and federal contractors. And abolishing ‘the offensive, counterfactual 1776 Commission’ means distancing the executive branch of the US government from the American founding and the principles on which our national unity has been based for the last 245 years. That’s a small price to pay for the ‘unity and healing’ that ‘begin with understanding and truth, not ignorance and lies’.

Don’t let those words slide by into Biden gabblebarf. He is consigning the words of Jefferson, Madison, Adams, Washington, Franklin, Hamilton and others to the category of ‘ignorance and lies’. Truth and understanding apparently begin with Nikole Hannah-Jones, Ta-Nehisi Coates, Derrick Bell, Ibram X. Kendi, Robin DiAngelo, and the egregious 1619 Project.

I wouldn’t place any bets on Biden understanding or intending any bit of this. That hardly matters, any more than it mattered whether an Aztec priest wielding an obsidian blade believed that by ripping out the beating heart of his victim he was helping Huītzilōpōchtli hold back the powers of darkness. It was just his job, and the power of the regime depended on it. President Biden is faced with a similar situation. Cutting out the heart of the county is what we need to do at the moment. Otherwise Huītzilōpōchtli or Trump or somebody will take his power away. He doesn’t want to die of dispossession.