It’s time for Pope Francis to speak out against China 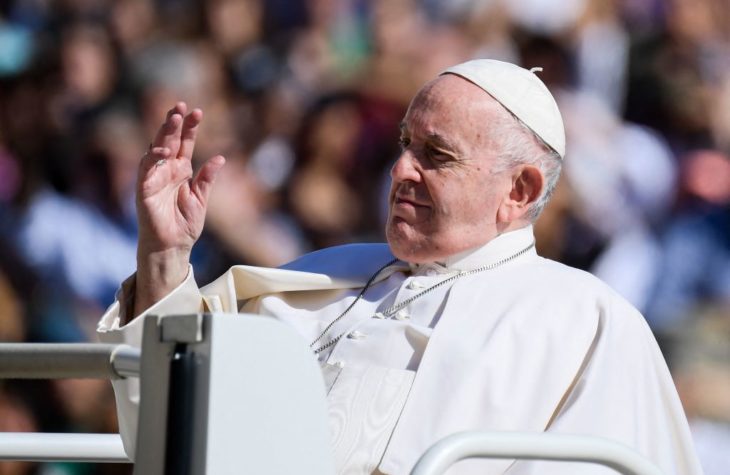 Pope Francis blesses attendees as he arrives in the popemobile car for an audience to members of the Communion and Liberation (CL) movement, on October 15, 2022 (Getty Images) 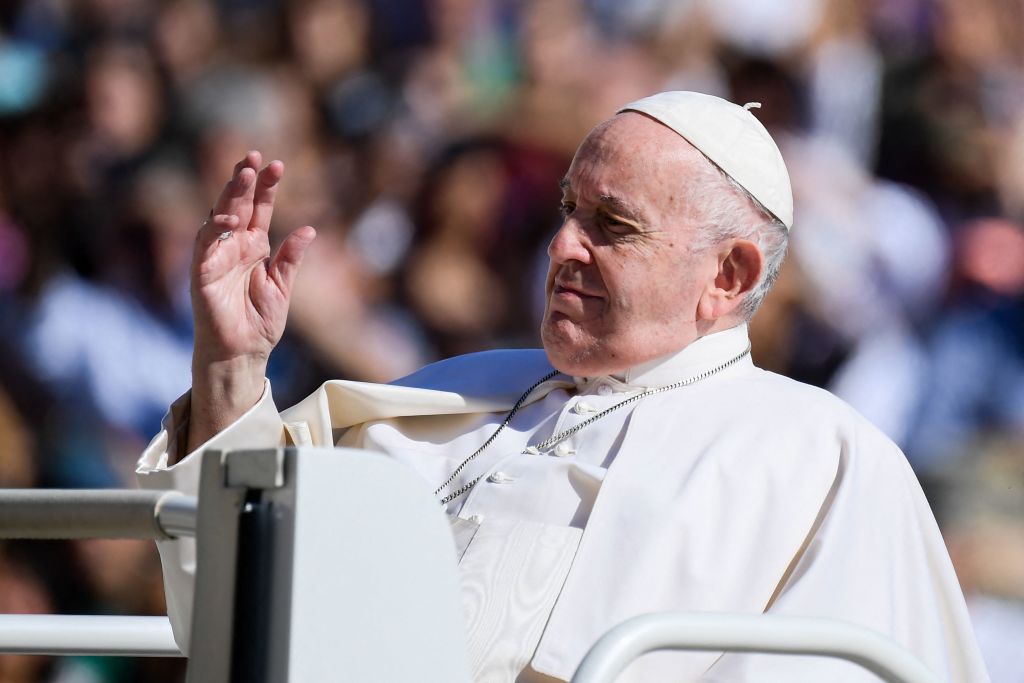 It’s time for Pope Francis to speak out against China

There is a lot to dig into amid Pope Francis’s recent interview with America magazine, but the most interesting tidbits might be his commentary on foreign affairs. Whereas the traditional head of state represents the interests of a nation, the Holy Father’s most important duty is the shepherding of the Catholic faithful. His message thus carries much weight, not because of the raw power at his disposal, but because it is backed by the moral authority of the Catholic Church.

The pope has been in some hot water recently over both the war in Ukraine and...

There is a lot to dig into amid Pope Francis’s recent interview with America magazine, but the most interesting tidbits might be his commentary on foreign affairs. Whereas the traditional head of state represents the interests of a nation, the Holy Father’s most important duty is the shepherding of the Catholic faithful. His message thus carries much weight, not because of the raw power at his disposal, but because it is backed by the moral authority of the Catholic Church.

The pope has been in some hot water recently over both the war in Ukraine and the Vatican’s relations with China. Though he has long condemned the violence in Ukraine, he has not been as clear in condemning Russia and Putin specifically. Responding to this criticism in the interview with America, the pope said, “Why do I not name Putin? Because it is not necessary; it is already known.” While this will not satisfy all, there is much truth to it. Pope Saint John Paul II, when responding to the imposition of martial law in Poland by the communist regime in 1981, made a strong statement of support for the Polish people and highlighted the regime’s evil without ever mentioning the country’s leaders or the regime directly.

The problem is that Pope Francis has cast uncertainty onto his position by suggesting that others — such as NATO — might also bear some remote responsibility for the war by provoking Russia. Commentary like this is both unhelpful and untrue. But the thrust of the Holy Father’s condemnations has made clear who is at fault, even if Putin is not mentioned directly. There is no other way to read the pope’s recent statement comparing the war to the Holodomor, the Soviet genocide of Ukrainians under Stalin’s direction. At the start of the war, the pope even broke with convention to visit the Russian embassy in the Vatican, surely to push for peace. Clearly he recognizes who is responsible for the conflict.

The pontiff also discussed the issue of China in the America interview. In October, the Vatican renewed its 2018 agreement with the Chinese Communist Party (CCP), allowing it to have a say in the appointment of bishops while also giving the pope a veto. The agreement has been the subject of much controversy. First and foremost, it restricts the Holy Father’s authority to appoint bishops, and gives some of that authority to an atheistic, abusive regime. It also provides legitimacy to the Chinese Catholic Patriotic Association (CCPA), which is the CCP-supported and approved version of the Catholic Church in China. To illustrate how the association corrupts the faith, a CCPA bishop recently warned he would refuse Holy Communion to clergy who are not a part of the CCPA.

The other concern is the way that dealings with China have led the pope to tiptoe around one of the most important moral issues of the 21st century: the Uyghur genocide. The Holy Father has condemned innumerable other atrocities, from the Rohinga genocide to the horrendous crimes of the Islamic State, but he was nearly silent on the Uyghurs until 2021. Even then, his comment was limited, saying the Uyghurs were among the “persecuted peoples.”

The Vatican-China accord may even be impeding the Holy Father’s willingness to address the persecution of one of his own cardinals. Cardinal Joseph Zen of Hong Kong has long been an advocate of democracy. He even traveled to the Vatican in 2020 to convey his concerns over the pope’s deal, but the pope did not meet with him. When Cardinal Zen was arrested in 2022, the Vatican stated its “concern,” but the pope did not say anything. Even the European Parliament pushed for the Vatican to offer Cardinal Zen more aid. The cardinal was convicted on November 25 and sentenced to pay a $512 fine.

When asked about his management of the China issue by America, the pope did not offer much of an answer. He claimed that “the way of dialogue… is slow, it has failures, it has successes, but I cannot find another way.” He also cited (though not by name) the Church’s Ostpolitik under popes Paul VI and John XXIII, along with Cardinal Casaroli, as examples he is trying to follow. Aside from the fact that the “success” of Ostpolitik is a contentious topic, the Church’s moral authority is dangerously weakened by a failure to address critical moral ills. When the pope’s moral authority is degraded, what authority does he have in the realm of secular geopolitics?

By putting diplomacy with the CCP at the top of the Vatican’s concerns in China, the underground church (which maintains its complete loyalty to the pontiff) is virtually abandoned. The heroic struggle of the Catholic faithful in China has been ongoing since Mao’s 1949 takeover. If the concern is that by criticizing China the safety of Catholics there would be in danger, this does not hold much water. The Chinese government is already persecuting Catholics (and all religious minorities for that matter), and staying silent on the CCP has done nothing to stop its brutal crackdown.

John Paul II would be a better model here. He gave voice to the suffering and aspirations of millions who were under the yoke of communism, all while carefully avoiding attacking the regimes directly. His influence was critical in the fall of European communism, particularly in Poland, where he helped keep alive and motivate the resistance. His actions helped to achieve two key goals: keeping the faithful safe and setting them free. While modifications will be necessary, a similar path can be followed today with China.

Of course, none of this is meant to condemn the Holy Father. As the leader of the Catholic Church, the Vicar of Christ, he has the right to be read and understood with the utmost charity. He has good intentions in his dealings with China, even if the results themselves are not good. The key now is to correct the mistakes of the past and to forge a new path that maintains the Church’s moral authority.