How the US failed to stop OPEC from cutting oil production

The administration’s foreign policy is seen as weak and feckless 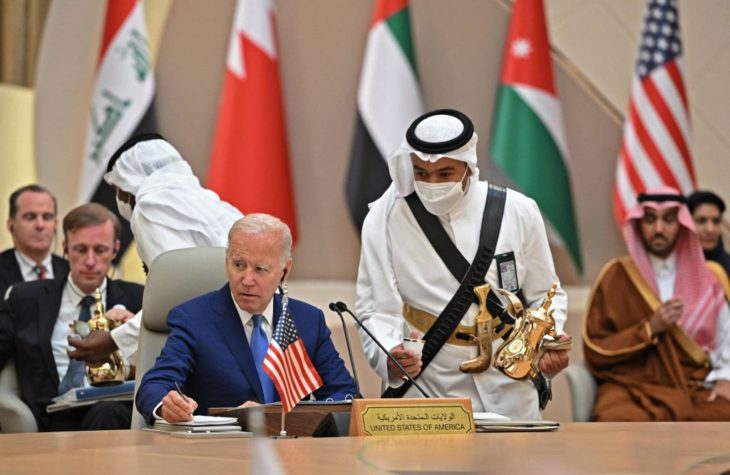 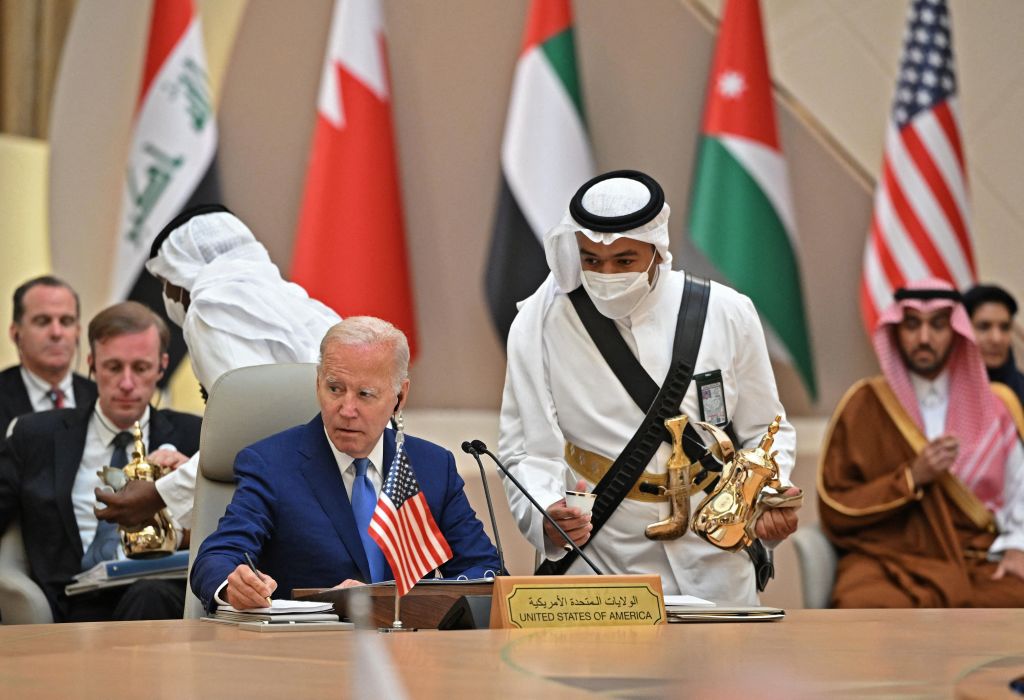 How the US failed to stop OPEC from cutting oil production

Near the top of President Biden’s to-do list for the past few months has been to keep gas prices down. On Wednesday, this was dealt a likely fatal blow by the Organization of Petroleum Exporting Countries, or OPEC, which, led by Saudi Arabia, agreed to cut its overall production by two million barrels per day.

In actuality, the cut will mean a reduction of more like one million barrels per day if it's taken into account that OPEC has been underproducing compared to its previously stated production goals. Still, this is a significant cut, and the...

Near the top of President Biden’s to-do list for the past few months has been to keep gas prices down. On Wednesday, this was dealt a likely fatal blow by the Organization of Petroleum Exporting Countries, or OPEC, which, led by Saudi Arabia, agreed to cut its overall production by two million barrels per day.

In actuality, the cut will mean a reduction of more like one million barrels per day if it’s taken into account that OPEC has been underproducing compared to its previously stated production goals. Still, this is a significant cut, and the effects on oil markets are already being felt.

The Biden administration has been scrounging around for ways to get more oil onto the market and lower prices, from releasing tens of millions of barrels from the Strategic Petroleum Reserve to chastising the oil producers themselves. In July, Biden went to Saudi Arabia in an attempt to smooth over America’s rocky relationship with Riyadh and get the Saudis to pump more oil (it seems neither succeeded).

Most egregiously, though, the administration is contemplating offering Venezuela sanctions relief as part of a deal to restart talks with the local opposition and — the real reason — to allow Chevron to produce oil in the country again. This is particularly troubling given that the regime in Caracas has no intention of giving up power and restarting “talks” is a useless gesture. Such a deal would project weakness at a time when projecting strength should be a top priority, as Russia’s war in Ukraine drags on and China threatens Taiwan.

There would be less of a need to grasp at straws trying to increase oil production if the administration would give up its crusade against fossil fuels. Before a recent lease of 1.7 million acres as part of the concessions to Joe Manchin to pass the Inflation Reduction Act, the administration had leased less federal land to oil and gas producers in its first 19 months than any since the Truman administration. Biden just assumes that other countries will pump oil before the US has to. Yet oil is oil, whether it comes from Venezuela or Saudi Arabia, and if Biden is concerned about the environment, American oil production is probably preferable given the stricter regulations. Importantly, US-produced oil helps to reduce the market share of OPEC, which could help reduce the power of the cartel. But companies are not going to invest in American production if they know Biden has every intention of getting rid of fossil fuels.

Now comes the news from OPEC. Biden and the Democrats could do some soul searching here too. For years, Democrats have been pursuing policies that would harm Saudi Arabia and America’s other Gulf allies. President Obama negotiated the Joint Comprehensive Plan of Action (JCPOA), otherwise known as the Iran deal, against the wishes of the Gulf states and Israel, freeing billions of dollars to flow into Iran’s coffers. This money enabled Iran to continue its destabilization campaign across the Middle East, particularly by supporting the Houthi rebels in Yemen. Despite massive initial sales, by the end of 2016, the Obama administration was blocking some weapons sales to Saudi Arabia.

While the Trump administration fostered closer ties to Saudi Arabia, Biden went the opposite direction. Beyond the fact that his administration restarted talks with Iran over the JCPOA, he was very critical of the Saudis. In 2019, he stated his desire to “make [Saudi Arabia] in fact the pariah that they are.” Biden took his harsh stance partly due to the Saudi-led coalition’s brutal war in Yemen, and partly over the savage 2018 murder of journalist Jamal Khashoggi by Saudi agents.

The president’s moral judgment is correct — Saudi leaders are complicit in innumerable moral abominations — but he hasn’t been consistent. Iran has just as long a record of human rights abuses, and has even planned assassinations of American officials, yet the administration is still dealing with it anyway. Not only is Biden inconsistent, his behavior has encouraged Saudi Arabia to look elsewhere. That is not to say the kingdom will abandon the US — it will not — but it understands that it cannot rely only on the US. This is a classic case of unintended (but foreseeable) consequences. Alienating an ally without any consideration for the broader consequences is foreign policy malpractice.

Likely just as impactful was Biden’s calamitous withdrawal from Afghanistan last August. The retreat emphasized the view that the administration’s foreign policy was weak and feckless, and created serious questions about America’s commitment to the Middle East and its regional allies. To the global observer, it seemed that if the US was unwilling to maintain a tiny footprint in Afghanistan to prevent its collapse, it would be unlikely to help contain a rising Iran.

Hence the US finds itself in the position it is in today: a cut in oil production at a time when energy prices are already through the roof. Perhaps the Saudis and the other Gulf states would have listened to US requests not to cut production if they felt America was a trustworthy and dependable partner. Perhaps the impact of the output cut would be less if the administration was not so opposed to American fossil fuels. Alas, we may never know, and it seems unlikely that the policy will be changing anytime soon.