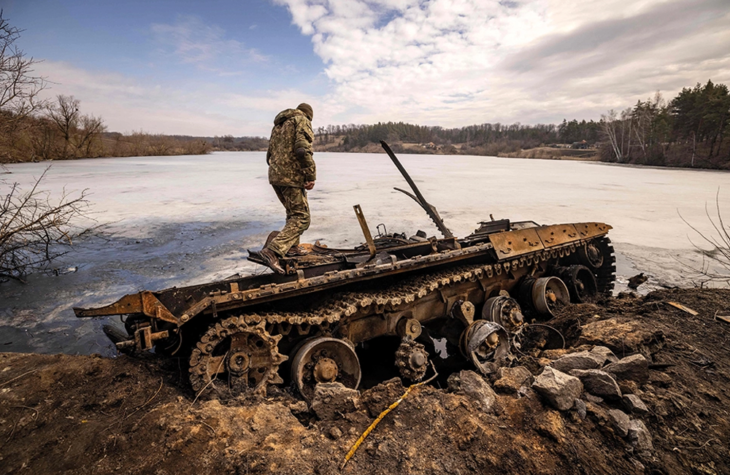 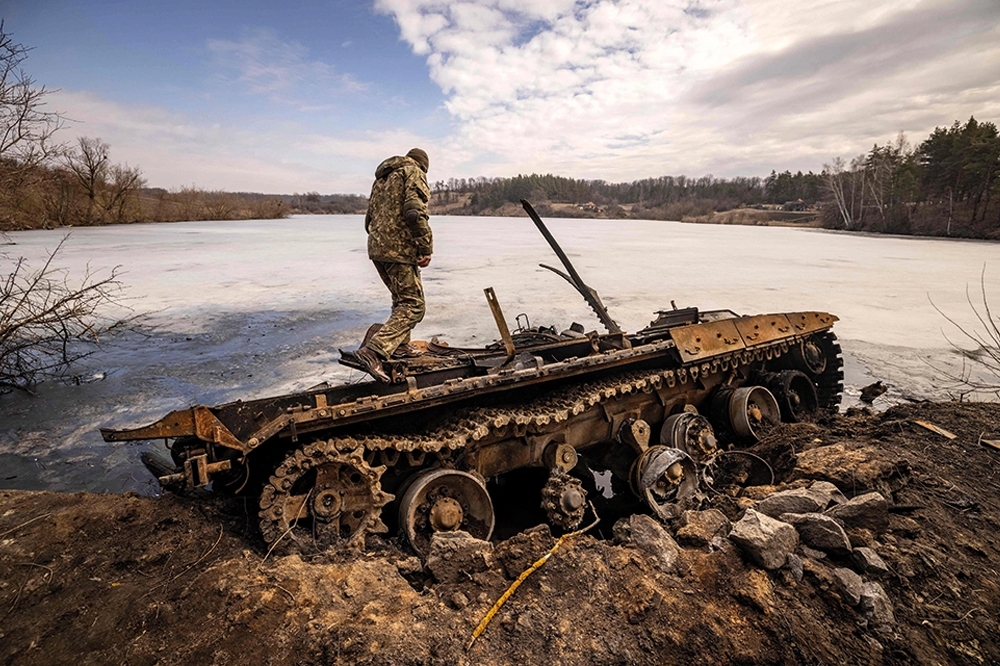 World War One was a kind of cultural suicide that destroyed Europe’s eminence. Europe’s leaders sleepwalked — in the phrase of historian Christopher Clark — into a conflict which none of them would have entered had they foreseen the world at war’s end in 1918. In the previous decades, they had expressed their rivalries by creating two sets of alliances whose strategies had become linked by their respective schedules for mobilization. As a result, in 1914, the murder of the Austrian crown prince in Sarajevo, Bosnia by a Serb nationalist was allowed to escalate into...

World War One was a kind of cultural suicide that destroyed Europe’s eminence. Europe’s leaders sleepwalked — in the phrase of historian Christopher Clark — into a conflict which none of them would have entered had they foreseen the world at war’s end in 1918. In the previous decades, they had expressed their rivalries by creating two sets of alliances whose strategies had become linked by their respective schedules for mobilization. As a result, in 1914, the murder of the Austrian crown prince in Sarajevo, Bosnia by a Serb nationalist was allowed to escalate into a general war that began when Germany executed its all-purpose plan to defeat France by attacking neutral Belgium at the other end of Europe.

The nations of Europe, insufficiently familiar with how technology had enhanced their respective military forces, proceeded to inflict unprecedented devastation on one another. In August 1916, after two years of war and millions in casualties, the principal combatants in the West (Britain, France and Germany) began to explore prospects for ending the carnage. In the East, rivals Austria and Russia had extended comparable feelers. Because no conceivable compromise could justify the sacrifices already incurred and because no one wanted to convey an impression of weakness, the various leaders hesitated to initiate a formal peace process. Hence they sought American mediation. Explorations by Colonel Edward House, President Woodrow Wilson’s personal emissary, revealed that a peace based on the modified status quo ante was within reach. However, Wilson, while willing and eventually eager to undertake mediation, delayed until after the presidential election in November. By then the British Somme offensive and the German Verdun offensive had added another two million casualties. 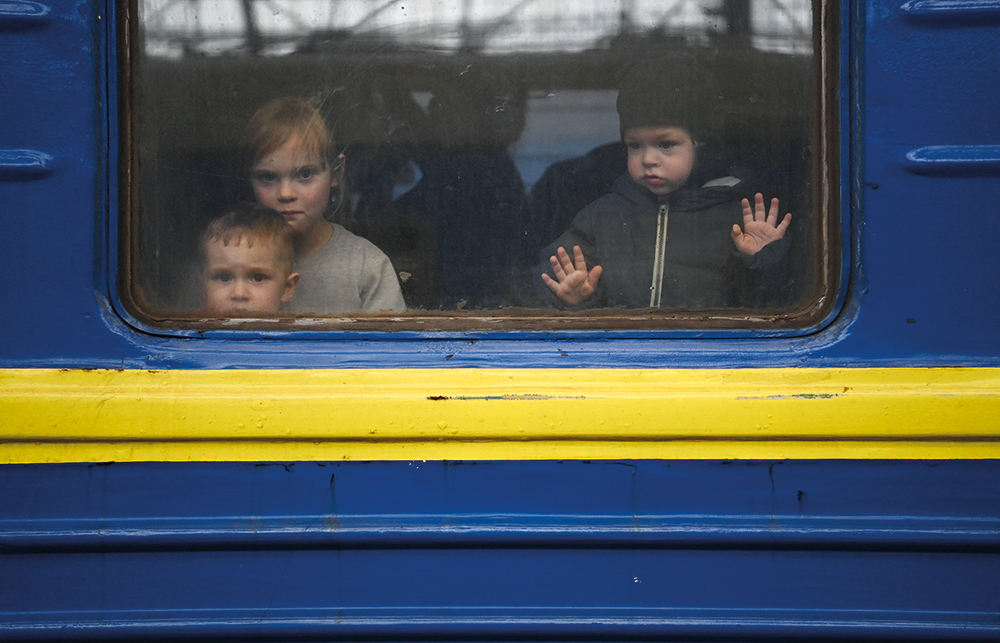 In the words of the book on the subject by Philip Zelikow, diplomacy became the road less traveled. The Great War went on for two more years and claimed millions more victims, irretrievably damaging Europe’s established equilibrium. Germany and Russia were rent by revolution; the Austro-Hungarian state disappeared from the map. France had been bled white. Britain had sacrificed a significant share of its young generation and of its economic capacities to the requirements of victory. The punitive Treaty of Versailles that ended the war proved far more fragile than the structure it replaced.

Does the world today find itself at a comparable turning point in Ukraine as winter imposes a pause on large-scale military operations there? I have repeatedly expressed my support for the allied military effort to thwart Russia’s aggression in Ukraine. But the time is approaching to build on the strategic changes which have already been accomplished and to integrate them into a new structure towards achieving peace through negotiation. 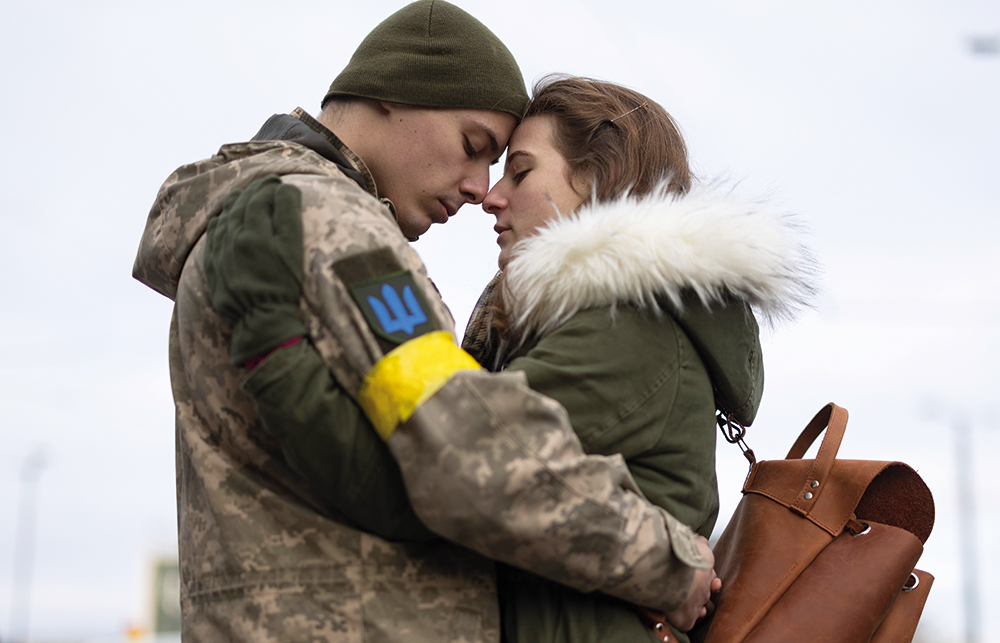 Ukraine has become a major state in Central Europe for the first time in modern history. Aided by its allies and inspired by its president, Volodymyr Zelensky, Ukraine has stymied the Russian conventional forces which have been overhanging Europe since World War Two. And the international system — including China — is opposing Russia’s threat or use of its nuclear weapons.

This process has mooted the original issues regarding Ukraine’s membership in NATO. Ukraine has acquired one of the largest and most effective land armies in Europe, equipped by America and its allies. A peace process should link Ukraine to NATO, however expressed. The alternative of neutrality is no longer meaningful, especially after Finland and Sweden joined NATO. This is why, in May, I recommended establishing a ceasefire line along the borders existing where the war started on February 24. Russia would disgorge its conquests thence, but not the territory it occupied nearly a decade ago, including Crimea. That territory could be the subject of a negotiation after a ceasefire.

If the pre-war dividing line between Ukraine and Russia cannot be achieved by combat or by negotiation, recourse to the principle of self-determination could be explored. Internationally supervised referendums concerning self-determination could be applied to particularly divisive territories which have changed hands repeatedly over the centuries.

The goal of a peace process would be twofold: to confirm the freedom of Ukraine and to define a new international structure, especially for Central and Eastern Europe. Eventually Russia should find a place in such an order.

The preferred outcome for some is a Russia rendered impotent by the war. I disagree. For all its propensity to violence, Russia has made decisive contributions to the global equilibrium and to the balance of power for over half a millennium. Its historical role should not be degraded. Russia’s military setbacks have not eliminated its global nuclear reach, enabling it to threaten escalation in Ukraine. Even if this capability is diminished, the dissolution of Russia or destroying its ability for strategic policy could turn its territory encompassing eleven time zones into a contested vacuum. Its competing societies might decide to settle their disputes by violence. Other countries might seek to expand their claims by force. All these dangers would be compounded by the presence of thousands of nuclear weapons which make Russia one of the world’s two largest nuclear powers.

As the world’s leaders strive to end the war in which two nuclear powers contest a conventionally armed country, they should also reflect on the impact on this conflict and on long-term strategy of incipient high-technology and artificial intelligence. Autonomous weapons already exist, capable of defining, assessing and targeting their own perceived threats and thus in a position to start their own war.

Once the line into this realm is crossed and hi-tech becomes standard weaponry — and computers become the principal executors of strategy — the world will find itself in a condition for which as yet it has no established concept. How can leaders exercise control when computers prescribe strategic instructions on a scale and in a manner that inherently limits and threatens human input? How can civilization be preserved amid such a maelstrom of conflicting information, perceptions and destructive capabilities?

No theory for this encroaching world yet exists, and consultative efforts on this subject have yet to evolve — perhaps because meaningful negotiations might disclose new discoveries, and that disclosure itself constitutes a risk for the future. Overcoming the disjunction between advanced technology and the concept of strategies for controlling it, or even understanding its full implications, is as important an issue today as climate change, and it requires leaders with a command of both technology and history.

The quest for peace and order has two components that are sometimes treated as contradictory: the pursuit of elements of security and the requirement for acts of reconciliation. If we cannot achieve both, we will not be able to reach either. The road of diplomacy may appear complicated and frustrating. But progress to it requires both the vision and the courage to undertake the journey.