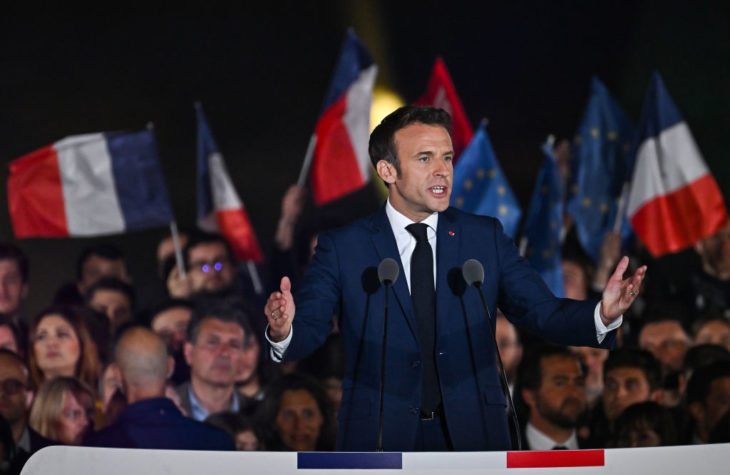 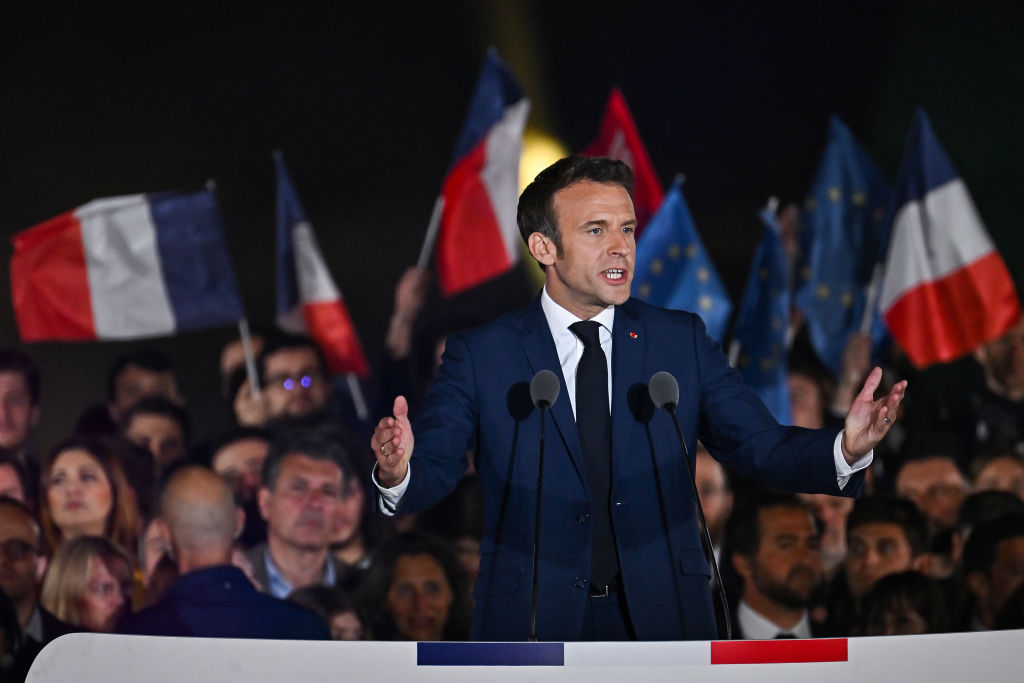 In France’s presidential runoff vote on Sunday, incumbent Emmanuel Macron defeated nationalist contender Marine Le Pen. This makes the center-left Macron the first president since 2002 to get a second term, though he is also one of the least popular politicians in French history.

Compared to 2017, Macron dropped by more than seven percentage points from 66 percent to just 58 percent. In turn, contender Marine Le Pen upped her score from 34 percent to 41.5 percent. Meanwhile, the abstention rate is the highest it’s been in more than 50 years, at 28 percent, higher than...

In France’s presidential runoff vote on Sunday, incumbent Emmanuel Macron defeated nationalist contender Marine Le Pen. This makes the center-left Macron the first president since 2002 to get a second term, though he is also one of the least popular politicians in French history.

Compared to 2017, Macron dropped by more than seven percentage points from 66 percent to just 58 percent. In turn, contender Marine Le Pen upped her score from 34 percent to 41.5 percent. Meanwhile, the abstention rate is the highest it’s been in more than 50 years, at 28 percent, higher than in the runoff vote compared to the first round. This explains why Macron lost a lot of the lead he had five years ago, and why Le Pen’s National Rally party registered its strongest support to date.

Macron is aware that he only won a second term thanks to left-wing support. “Many of our compatriots voted for me not out of support for my ideas but to block those of the extreme right,” Macron said. “I want to thank them and I know that I have a duty towards them in the years to come.”

Le Pen’s campaign had suffered from the war in Ukraine and her political proximity to Russian President Vladimir Putin. During a nationally broadcasted television debate, Macron attacked his opponent by saying that while he met Putin as a head of state, Le Pen would meet him as a creditor. In 2014, Le Pen’s party had taken out a loan of $12 million from a Russian bank for a regional elections campaign because no financial institution in France was willing to lend her money.

Le Pen had a hard time explaining her position on Ukraine. She resorted to a tweet she’d sent in 2014 — which she even brought to the debate as a print-out — in which she said that Ukraine should remain independent from both the European Union and Russia. Her inability to denounce the Russian regime in stronger terms is likely to have affected how the French voted.

For the international community, and especially the European Union, Macron’s victory comes as a relief. EU Commission president Ursula von der Leyen tweeted: “Together, we will move France and Europe forward.” A Le Pen presidency would have upset the European Union’s plans for further integration on everything from common debt obligations to foreign policy. Also, as German Chancellor Olaf Scholz grows unpopular over his handling of the war in Ukraine, Brussels could not afford to lose Macron’s leadership.

That said, France is more divided than ever before. Le Pen has solidified her support in many rural areas, making the parliamentary elections that will take place just a few weeks from now a challenge for Macron’s En Marche party. The president needs to get a majority in parliament to pass legislation. Yet it’s here that the nationalists could get their revenge, building up both media and legislative power ahead of the next presidential vote. Predicting French parliamentary elections, however, is notoriously difficult, because a lot depends on the local contenders.

Macron’s win, together with the results of the elections in Slovenia, where incumbent prime minister Janez Janša lost heavily to centrist newcomer Robert Golob, made for a good weekend for the moderate consensus in Europe. Janša had become known as Slovenia’s up-and-coming populist, a supporter of Donald Trump in the heart of the European Council, who embarrassed himself after prematurely congratulating Trump for winning the election in 2020.

Macron’s reelection in France will also mark a shift in policy in Paris. Presidents being limited to two terms, Macron now has leeway to put his foot down on a range of issues. A Macron-aligned member of the European Parliament has already indicated that the French will push for increased robotization in agriculture and will look to overturn the consensus on the ban on genetic engineering.

Macron is less likely to focus on domestic issues over the next five years, instead concentrating on building his European legacy. This will include an increased focus on centralization and standardization of the EU member states. In the past, all of the widely celebrated EU “statesmen” equipped the political bloc with considerably more power, concentrating legislative and executive decisions in Brussels. Macron has already argued for a European army, a European foreign policy, and — through his government — for tax harmonization that inevitably increases taxes across the continent.

France voted for more of the same, which despite some of Macron’s positive outcomes on nuclear energy and agricultural policy, will produce more of the same. More protests, more government spending, more protectionism, and overall more division. In 2017, Macron led Le Pen with 33 points — this time around, it was just 17 points. On the current trajectory, France will eventually see an electoral earthquake.