The Democrats are fracking insane

Proposing a ban is election suicide. The Democrats are doing it anyway. 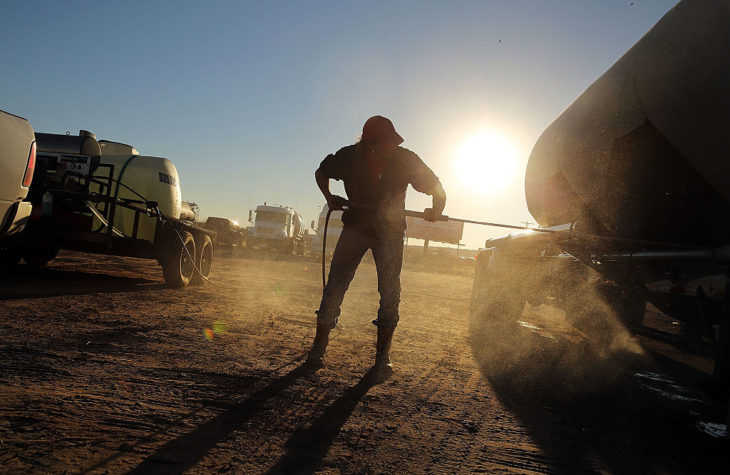 A truck that carries sand used in fracking is washed in Odessa, Texas

The Democrats are fracking insane

What could be more emblematic of the American Dream than fracking, the miracle technology that has created thousands of real jobs, lowered the cost of living, generated wealth and prosperity, boosted competitiveness and helped make the United States not just energy independent, but a net exporter of natural gas and petroleum products for the first time in decades? And what could be more characteristic of the elitist, small-minded, anti-market, anti-blue-collar, anti-growth, green-obsessed liberal-left than that the Democratic party is hell-bent on banning it?

What could be more emblematic of the American Dream than fracking, the miracle technology that has created thousands of real jobs, lowered the cost of living, generated wealth and prosperity, boosted competitiveness and helped make the United States not just energy independent, but a net exporter of natural gas and petroleum products for the first time in decades? And what could be more characteristic of the elitist, small-minded, anti-market, anti-blue-collar, anti-growth, green-obsessed liberal-left than that the Democratic party is hell-bent on banning it?

Modern fracking — horizontal hydraulic fracturing — combines two technologies in a way that only a few decades ago would have sounded more like witchcraft or alchemy than a viable business proposition. It was devised in the late Nineties by Texas entrepreneur George Mitchell, the son of Greek immigrants (his father had been a goatherd), who set out to solve a seemingly impossible problem: how to make the richly abundant but apparently inaccessible pockets of gas trapped in America’s shale formations economically viable.

After spending $6 million on research and development, Mitchell found the solution. He combined the existing process of fracking (invented in the 1940s) — forcing liquid at high pressure into the shale so as to break up the rock and release the gas — with horizontal drilling. Everyone told him he was wasting his time and money but Mitchell was vindicated. As the Economist wrote in 2012, the year before his death, ‘Few business people have done as much to change the world as George Mitchell.’

On that occasion, the Economist was right. Fracking has helped make America’s energy economy great again. The United States has overtaken Russia as the world’s biggest natural gas producer and Saudi Arabia as the biggest oil producer. This has halved prices: between 2007 and 2013 consumer gas bills across America dropped by $13 billion per year as a result of increased fracking. If you’re an average household in an area where fracking takes place, you’ve gained about $2,000 a year in benefits, including higher house prices and income, and more employment and economic activity. Since these communities are often bluecollar communities in key states like Ohio and Pennsylvania, you might imagine Democrats would be targeting them with a new campaign slogan: ‘Frack, baby, frack!’

On the contrary, most of the Democratic presidential hopefuls either want to curtail its use or ban it altogether. Mike Bloomberg says that ‘gas isn’t as clean as we thought’. He wants to ‘get [it] out of as many homes and buildings as we can’ and stop the construction of new gas plants. Elizabeth Warren would like to take things a step further and has pledged to ban fracking as part of her $3 trillion ten-year plan to take America zero-carbon. Bernie Sanders also plans to ban fracking as part of his Green New Deal, which will nationalize the utility industry and end fossil-fuel use in buildings by 2030. Billionaire Tom Steyer — part of whose fortune was built on fossil-fuel investments, causing fracking tycoon Harold Hamm to label him ‘the world’s biggest hypocrite’ — hasn’t yet committed to banning fracking. But fracking seems unlikely to escape unscathed from the ‘national climate emergency’ that he plans to declare on day one, in the highly unlikely event that he ends up as president.

All this must seem like manna from heaven for Trump’s ‘Keep America Great’ re-election campaign. In Texas alone, according to the Chamber of Commerce’s Global Energy Institute, between 2021 and 2025 a fracking ban would cost 3.2 million jobs and $1.5 trillion in GDP. In Western Pennsylvania, New York magazine reports, ‘fracking hasn’t just brought back jobs; it has brought back good, unionized — and, in some cases, six-figure — jobs that don’t require a college degree…unemployment is at a decade low, and home values are soaring.’

Extrapolate those figures nationwide and you begin seriously to wonder what those Democratic candidates are smoking. Some of them are actual billionaire businessmen, supposedly skilled with figures and forecasts. Do they not realize that they are walking into a disaster entirely of their own making?

That question is purely rhetorical, by the way. They don’t because no one in the green bubble does. If — and it really is a big if — the alarmists’ more extravagant claims about imminent man-made climate doom are remotely credible, there’s still no evidence to suggest that banning fracking would make the slightest bit of difference. Indeed, America’s shale gas revolution is the main reason its CO2 emissions have fallen faster than in any major economy — largely because gas is so much ‘cleaner’ than coal.

The Green New Deal, which proposes the complete transformation of America’s energy economy, is based on several hopeless misconceptions. Replacing shale gas with renewables simply wouldn’t be feasible. This is partly because ‘unreliables’ are incapable of supplying regular baseload power when the American economy needs it, rather than just when the wind is blowing or the sun is shining. It’s partly, too, because renewables are so excruciatingly expensive — a cost which inevitably ends up being borne by aggrieved energy users and taxpayers, hitting the poorest hardest of all.

In any case, unilaterally decarbonizing the United States won’t make a dent in global CO2 emissions reduction when competitors such as India, China and now Brazil are growing their fossil-fuel output like crazy. And blue-collar voters in swing states don’t care nearly as much about ‘climate change’ as the spoiled coastal liberals whose biggest bugbear right now is that Greta Thunberg has yet to win the Nobel Peace Prize.

It’s no coincidence that Enron was one of the first institutions to grasp at the green economics which would supposedly rescue America from the failed model of capitalist growth. Green economics belongs more to the province of magical unicorns than to a functioning free-market economy — not to mention its corrupt crony capitalism and its exploitation and impoverishment of regular working folk. The middle Americans who voted for Trump in 2016, the people who dig stuff and make stuff and grow stuff, possess far too much common sense to be persuaded otherwise. They’ll look at whatever crazy variety of the Green New Deal is proffered by whichever Democratic huckster makes the final cut and say: ‘Thanks but no thanks. The Regular Old Deal being offered by The Donald will do me just fine.’ 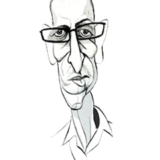