Cold truth: Iceland’s melting glaciers are nothing to panic about

The glacier that had its last rites read in August had, in fact, more or less disappeared half a century ago 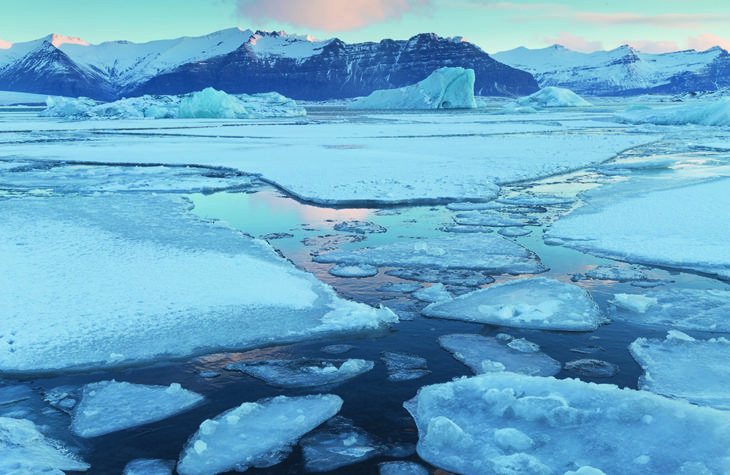 Cold truth: Iceland’s melting glaciers are nothing to panic about

Is Iceland on the global-warming front line? You’d be forgiven for thinking so. We’ve all seen the documentaries where teary-eyed reporters stand perilously close to melting glaciers. In August, a funeral was even held for the first Icelandic glacier ‘lost to climate change’. Foreign dignitaries now hardly ever visit my country without taking a trip to witness the ‘horror’ of what is unfolding. They return home telling stories of how they have seen for themselves the effects of climate change. But the truth is this: Iceland’s melting glaciers are nothing to panic about.

Is Iceland on the global-warming front line? You’d be forgiven for thinking so. We’ve all seen the documentaries where teary-eyed reporters stand perilously close to melting glaciers. In August, a funeral was even held for the first Icelandic glacier ‘lost to climate change’. Foreign dignitaries now hardly ever visit my country without taking a trip to witness the ‘horror’ of what is unfolding. They return home telling stories of how they have seen for themselves the effects of climate change. But the truth is this: Iceland’s melting glaciers are nothing to panic about.

No, I’m not a climate change ‘denier’. It’s clear to me that rising carbon dioxide levels are having an effect on the planet. There was less ice cover in the Arctic last October than for any October since satellite records began 41 years ago. Our climate changes, but humans adapt. Instead of scaremongering, we should approach this situation on a scientific and rational basis.

Some fervent environmental organizations talk up the fear of damnation or the need to sacrifice the achievements of modern civilization if we are to save the planet. Iceland shows this is nonsense. My home country is young; it was first settled little over 1,000 years ago. As a result, it offers a unique insight into the relationship between man and nature, albeit not in the way commonly presented in the media.

Take Iceland’s melting glaciers. Troubling as a calving glacier might seem, such a phenomenon is by no means out of the ordinary. In fact, this process defines glaciers: they move. Glaciers shed ice at their edges as ice builds up closer to the center. It is a spectacle we have witnessed in Iceland since the first settlers arrived in the ninth century.

What about the Ok glacier, the demise of which was publicly mourned over the summer? Ok was a relatively small mountaintop glacier that had been receding for decades. It was primarily known for its unusual name and noticed for that reason by plenty of schoolchildren during geography lessons.

I first saw it as a boy on a school trip, and when I returned to the highlands as a young man I was worried to discover that the glacier was hardly visible. In only a decade or two, it seemed to have reduced in size considerably. But then I learned that this was nothing new; for much of the 20th century, the glacier had been receding. In 1901, it measured 14.6 square miles; in 1978, it was just 1.2 square miles. So the glacier that had its last rites read in August had, in fact, more or less disappeared half a century ago.

This might still seem to be a sad fate for a glacier that had only reached the age of 700. But some of Iceland’s glaciers are now considerably larger than when the country was first settled. Iceland’s glaciers reached their peak around 1890. When they were expanding, laying waste to what had previously been green meadows and farmlands, the people who lost their homes would scarcely have been grief-stricken by the thought that one day that trend might be reversed.

This is not to say we shouldn’t be concerned by the changing climate, of course. I have experienced it for myself. During my childhood in Reykjavik, we often had winters where we had difficulty digging through the snow to get out of our homes. Now we can go through entire winters with barely any snow falling in the capital. But then again, earlier decades had been far warmer than the 1970s and 1980s when I grew up.

We Icelanders have witnessed severe changes to our natural environment. Ours is a country of remarkable natural alteration, and we’ve had to adapt to that fact. We realize that humans need to respect natural forces, but history has also shown us the power of human ingenuity and our ability to survive. We know from Ari the Wise’s medieval Book of Settlements that when Iceland was first settled it was covered in forests ‘from mountain to shore’. This was long before Iceland became known as a country without trees (which gave rise to the old joke: What do you do if you get lost in an Icelandic forest? Answer: You stand up).

Elsewhere, the Icelandic sagas show how we must adapt to the ever-changing forces of nature and base our societies on essential common sense rather than superstition or fear.

In AD 1000, the parliament of the Icelandic commonwealth met to resolve a fundamental issue threatening to induce a civil war: whether or not to adopt Christianity. According to the Kristni Saga (Saga of Christianity), after the proponents of Christianity had made their speeches a man came running to announce that a volcanic eruption had started in Olfus (some 19 miles away). The lava, he said, was heading for the homestead of Thorodd, a Christian chieftain. The heathens then took the floor, stating that it was no wonder the gods had been angered by the Christians’ discourse.

But the Christian chieftain Snorri Thorgrimsson gave a retort which would silence parliament and conclude the debate. Standing in an ancient lava field, he asked: ‘What were the gods enraged by when the lava we are standing on here and now was burning?’

The eruption in this story is one of an endless sequence of natural events that have shaped our country’s history. Iceland’s melting glaciers are no different.

Nature is always changing, for better or worse. Age-old beliefs that natural catastrophes are the result of the sins of man do not hold up to history. This doesn’t mean we shouldn’t respect nature and seek to preserve our environment or that we must do more to limit the emission of greenhouse gases.

But it is vital not to overreact or fall for scare stories. Whatever some might say, we shouldn’t panic about Iceland melting.

David Gunnlaugsson is a former prime minister of Iceland. This article is in The Spectator’s January 2020 US edition.