Cast off: how knitters turned nasty

However woke you are, it’s not good enough 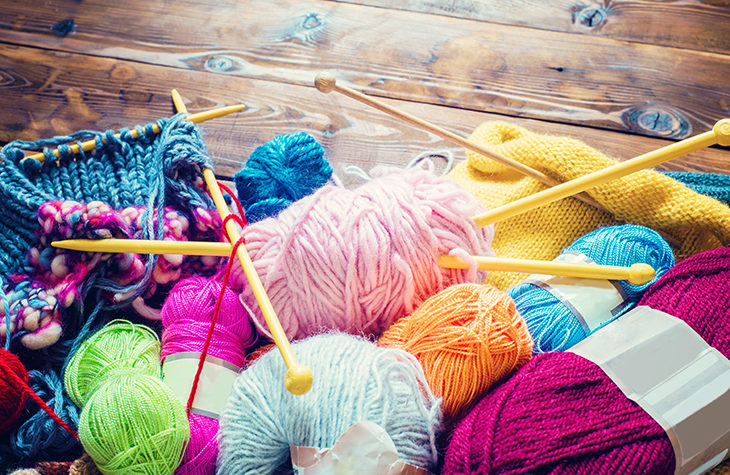 Cast off: how knitters turned nasty

At first glance, Nathan Taylor might seem the very definition of a ‘right on’ hipster. He goes by the name of ‘Sockmatician’ online and he’s famous in the knitting world for his complicated double-knit patterns. On his Instagram, in between videos of people speed-knitting and many, many photos of socks, Taylor had posts about what it was like to be an HIV-positive man who came out in the 1980s. He dislikes Donald Trump and Brexit. He has even set up ‘inclusive hashtags’ such as #diversknitty, and his profile carefully sets out the pronouns people should...

At first glance, Nathan Taylor might seem the very definition of a ‘right on’ hipster. He goes by the name of ‘Sockmatician’ online and he’s famous in the knitting world for his complicated double-knit patterns. On his Instagram, in between videos of people speed-knitting and many, many photos of socks, Taylor had posts about what it was like to be an HIV-positive man who came out in the 1980s. He dislikes Donald Trump and Brexit. He has even set up ‘inclusive hashtags’ such as #diversknitty, and his profile carefully sets out the pronouns people should use to address him.

So far, so woke. But recently Sockmatician has found himself accused of being a ‘white supremacist’, committing ‘violence against people from ethnic minorities’ and being ‘dangerous’. His crime wasn’t to suddenly join the alt-right, but something apparently far worse. He posted a poem on Instagram about ‘diversknitty’ in which he boasted it was a year since he had founded this hashtag, and asked that people use it kindly, rather than attacking one another.

What could be offensive about this? Taylor had apparently committed ‘violence against Bipoc’ — black and indigenous people of color — by telling them how to conduct their arguments about inclusion. He was ‘tone policing’ people of color and, as a white man, this was wrong.

On and on the comments raged — until Taylor turned them off, complaining that he had been misunderstood. The row naturally moved straight below the next post, which was ostensibly about a lace knit shawl, and into a spree of pictures and stories from other knitters about how much damage the Sockmatician had caused the Bipoc community. Then up popped a message from Taylor’s husband, who said he had gone into hospital. ‘Your messages of anger have been processed. Please now send love,’ it read.

No love was forthcoming. Instead, there was the sound of more knitting needles being drawn. Posters accused Taylor of ‘gaslighting’ them by using his mental health as an excuse for not being accountable. Some said they hoped he recovered quickly — so he could reflect on the damage he had caused. When Taylor popped up at a yarn festival a few days later, selling his patterns and signing books, he soon encountered the hate in physical form.

By now, it wasn’t just Taylor and his ‘hateful’ husband who were knotted into this mess; yarn producers and other knitting personalities had united in their disbelief that the event’s organizers hadn’t prevented him from attending. One said she was glad she had been unable to make it because she couldn’t have carried on teaching, knowing Taylor was just two doors down. Rumors swirled of an altercation between Taylor and a woman who confronted him, and so other knitters rushed to their Instagram profiles to denounce Taylor for his ‘assault’. Any knitters who didn’t condemn him were in trouble too: many received messages saying that it had been noticed they were still following him, and could they please explain when they would stop and provide a public statement against him. The implication was that if they didn’t, they’d be next.

His social media accounts disappeared. Yarn festivals canceled his talks after receiving similar threats. His patterns were dropped from two books, one of which was the first official Harry Potter knitting book, which had its cover reshot to remove Taylor’s work. All of this, on the basis of unsupported allegations online about an assault.

Few of those turning on Taylor offered or seemed to know details of what had happened at the Yarningham Festival. A video posted by the woman involved in the altercation showed her claiming she had confronted him and ‘knew’ he was going to hit her. Funnily enough, when I tracked him down, Taylor told a different story. He said the festival was still happy for him to attend, and that when the woman confronted him, it was across a large round table holding his stock. He asked her to leave him alone because his mental health was still fragile, but she didn’t. Eventually one of the organizers appeared and — Taylor says — pushed him backwards, before one of her colleagues escorted him away. His business has been destroyed, with a 75 percent drop in sales. He’s now trying to relaunch, hoping that the knitting world is far bigger than the online bullies.

Sockmatician isn’t the first knitting personality to disappear from social media after a fight like this. Kate Davies is a designer based on the West Highland Way who suffers from bipolar disorder and is disabled after a stroke. Her jumpers, hats and throws are inspired by the landscape and culture around her: there are puffin beak-patterned-yokes and colorwork based on the Corryvreckan whirlpool. She used to show off these knits on Instagram, but left earlier this year having fallen foul of knitters. Her crime was, in her own words, a failure to ‘engage with a particular kind of finger-pointing/shaming discourse on Instagram’. She had come under repeated pressure from other knitters through comments, emails and direct messages to condemn publicly certain people deemed worthy of shaming. Others had been urging her to post graphics denouncing the knitting community as racist. She had concluded that this wasn’t helpful, which apparently made her racist too.

The fury that followed Davies’s statement was both predictable and inexplicable. Anyone who suggested that they couldn’t understand what she had done wrong was slapped down with: ‘If you can’t see what’s so wrong about it, then you’re part of the problem, too.’ Explanation remained elusive. When she pulled out of a yarn festival for health reasons, her unhappiness was dismissed as ‘white tears’ by some commentators, who complained that ‘historically Bipoc have been the ones who have been wronged and oppressed’.

Activists for minority groups are almost always demonized as being unreasonably angry. Gay rights campaigners from the 20th century will point out that no one listened to them until they started making a real noise. But what’s different here is that the anger is focused internally, rather than on those opposing change. Taylor and Davies were both keen to help the fight against racism in their communities. They weren’t denying that it was happening, but felt the bad faith between knitters was unhelpful. This is not, any longer, an acceptable view. If you’re not with the angry activists of the knitting world, you’re against them — and woe betide you then. One small slip and you’ll find yourself being unpicked entirely. 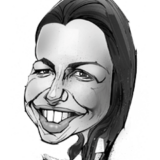 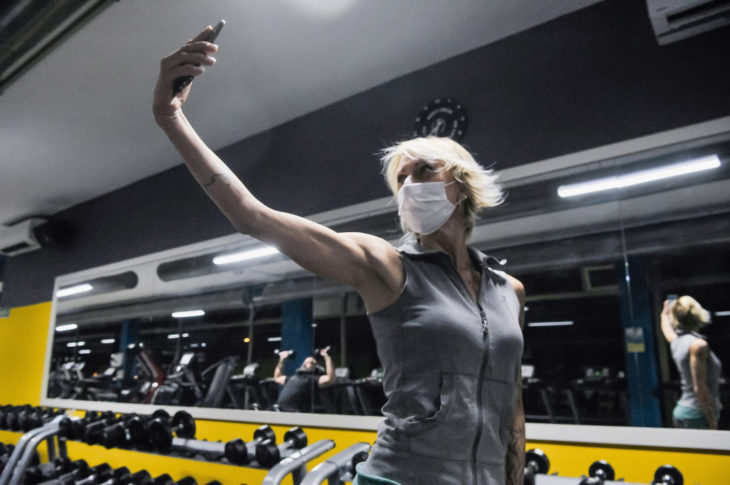 The toxic women of gym TikTok