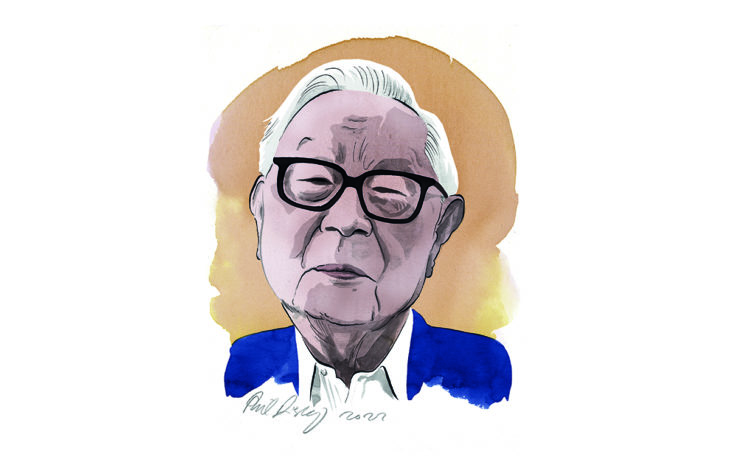 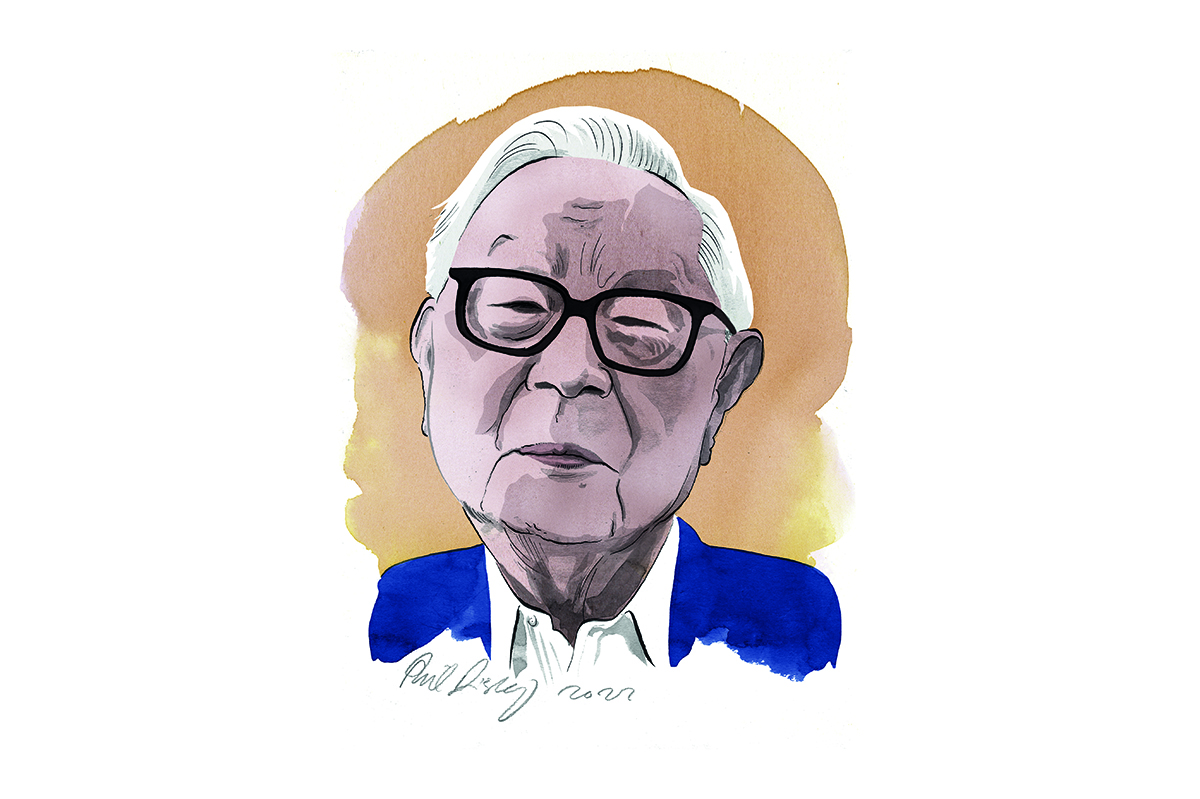 At the center of the world’s tech sector sits a Taiwanese chip tycoon most people have never heard of. Morris Chang is the founder of the Taiwan Semiconductor Manufacturing Company, the world’s biggest chipmaker. He became rich and powerful by making chips the rest of the world can’t live without. And as the world’s semiconductor industry is being reshaped by Chinese and US efforts to control the future of chip technology, Chang finds himself courted by the world’s most powerful governments but also under pressure amid an escalating geopolitical clash.

Though TSMC is far from a household...

At the center of the world’s tech sector sits a Taiwanese chip tycoon most people have never heard of. Morris Chang is the founder of the Taiwan Semiconductor Manufacturing Company, the world’s biggest chipmaker. He became rich and powerful by making chips the rest of the world can’t live without. And as the world’s semiconductor industry is being reshaped by Chinese and US efforts to control the future of chip technology, Chang finds himself courted by the world’s most powerful governments but also under pressure amid an escalating geopolitical clash.

Though TSMC is far from a household name, almost everyone uses its chips each day. It is hard to find a smartphone, data center, or cell-phone tower without at least one TSMC-manufactured chip inside. The ubiquity of TSMC’s products have made it one of the world’s most valuable companies, overtaking the market capitalization of older US tech firms like Intel or Chinese giants like Alibaba. In total, the company manufactures 90 percent of the world’s most advanced processor chips.

This has made Chang one of the world’s most important tech tycoons. Yet he is also the most underestimated. The ninety-one-year-old pipe smoker doesn’t fit the image of a hoodie-wearing Silicon Valley tech bro. Yet his company has sold more products than Steve Jobs’s Apple, and its reach is far more global than Jack Ma’s Alibaba. But, until recently, Chang’s name was scarcely known. 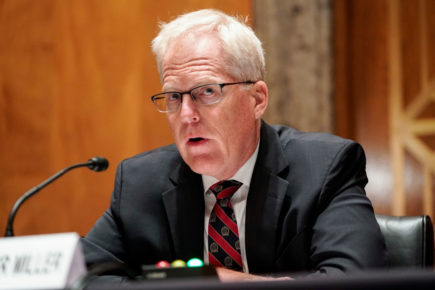 Former defense secretary: yes, Trump would have shot down the Chinese spy balloon

The tale of Morris Chang is not only a story of visionary entrepreneurialism and technical brilliance. Chang’s unique life, spanning China, the US and Taiwan, also illustrates the complexities caused by the widening chasms in the world’s tech ecosystem, as Washington tries to halt the flow of its most advanced technologies to the Chinese military, and Beijing spends billions in a desperate effort to catch up.

Born in 1931 in the coastal city of Ningbo, just south of Shanghai, Chang spent his childhood fleeing the conflicts that wracked China during the middle of the twentieth century. Invading Japanese armies forced his family to flee, first to Hong Kong, then to China’s wartime headquarters in Chongqing. As World War Two ended, Chang moved to Shanghai, where he spent his late teenage years playing cards and tennis. When Mao Zedong’s communists seized power, Chang fled again, staying briefly in Hong Kong before winning admission to Harvard.

Upon arriving in the US in 1949, Chang discovered he was the only Chinese student in his class. He spent his first year at Harvard indulging his passion for English literature, but his family advised him to study something useful. “The only really serious… middle-class profession that a Chinese-American could pursue in the early Fifties was technical,” he remembers. So he transferred to MIT and enrolled in an engineering program.

At the time, the computer industry was in its earliest stages and Boston — where Chang was studying — was a major center. After finishing his degree, Chang was hired by a company called Sylvania Electric to work on a new product called a transistor, which turned on and off to produce either a single 1 or a 0 in the new digital computers that took up cavernous rooms in the basements of large corporations and university research labs. The most advanced computers of the mid-Fifties might have hundreds or thousands of transistors. At Sylvania, Chang was tasked with honing the company’s manufacturing process to bring down the defect rate on transistors, which then as now were devilishly hard to make.

After a couple years at Sylvania, Chang received an offer to move to Dallas and work at Texas Instruments, a company on the brink of inventing a new product — an integrated circuit, or “chip” of silicon with multiple transistors built into it, dramatically reducing the defect rate and allowing the transistors to be made much smaller. The first chips had just a handful of transistors embedded in them. Today, TSMC’s most advanced chips have billions.

At Texas Instruments, Chang developed a reputation for a nearly magical ability to hone manufacturing processes, a unique sort of intuition that led coworkers to compare him to Buddha. Yet he was not nearly so serene. He was known for relentlessly demanding manufacturing improvements by squeezing his colleagues to work more efficiently. “If you hadn’t ever been chewed out by Morris,” one coworker remembered, “you hadn’t been at TI.”

This combination of technical brilliance and managerial tenacity helped Chang rise rapidly at TI. When the company was exploring opening an offshore assembly facility, Chang was asked to help. Though he’d never been to Taiwan, several former classmates recommended the island, so Chang visited in 1968, getting to know Taiwan’s powerful economic officials. TI opened a plant in Taiwan the next year, and Chang stayed in touch with the Taiwanese leaders, who — because they claimed sovereignty over all China — considered Chang one of their citizens. Chang, meanwhile, was focused on rising in the ranks at TI. He was in the running to become the firm’s CEO but was passed over in the early 1980s, and eventually decided to leave.

The mythology of every tech visionary involves several years in the wilderness developing ideas that society isn’t yet ready for. In Chang’s case, this idea was the “foundry” model of chipmaking. At the time, almost all chips were designed and manufactured by the same firms, but Chang believed the future would see increasing division between these two functions. He was mulling over the implications when he received an unexpected offer to move to Taiwan and help build the country’s semiconductor industry.

Given a blank check by the Taiwanese government, he decided to create the world’s first chip foundry, not to design chips, but to manufacture them to the specifications of any customer. TSMC opened its doors in 1987. The “foundry” business model worked better than even Chang expected, providing economies of scale that hardly any competitors can match. Today, thanks to TSMC’s success, Chang is a billionaire and an elder statesman in Taiwan and the world’s tech industry. Yet he finds himself and his company under pressure from the new politicization of the tech sector, an accelerating arms race between China and the United States, and the growing risk of war over Taiwan, the country he now calls home.

More than any other company, TSMC stands at the center of US-China tech tension. Neither country can replicate its unique manufacturing capabilities nor its vast production capacity. And both are hugely reliant on TSMC’s chips. China spends as much money importing chips as it does on oil. Chip sales constitute 40 percent of Taiwan’s exports. The biggest US firms — Apple, Google, Amazon and others — would face vast disruption if TSMC’s production were knocked offline.

Yet TSMC’s production isn’t only about smartphones or consumer goods. In an age of pervasive surveillance and precision missile strikes, militaries are also reliant on TSMC’s production. Most chips are dual-use goods, equally capable of ending up in civilian or military equipment. So the world’s militaries, no less than the world’s tech companies, need access to Taiwan.

As the US has ramped up prohibitions on the transfer of tech to China, TSMC has been caught in the middle. Until 2020, its two biggest customers were Apple and Huawei, before the US blacklisting forced it to slash sales to the Chinese telecom giant. More recently, it has halted manufacturing for Chinese AI chip startups that faced US sanctions. Chinese government researchers have even publicly speculated about the need to “seize TSMC” if US restrictions escalate.

Washington, meanwhile, is offering new subsidies while pressuring the Taiwanese government to help convince TSMC to build a cutting-edge facility in Arizona. However, this plant will still be slightly behind TSMC’s most advanced Taiwanese manufacturing capabilities when it comes online in 2024. The CHIPS Act legislation that will provide TSMC with subsidies also places limits on the company’s ability to invest in China. Other governments are pushing for TSMC investments in their countries; the company has already started construction of a new plant in Japan and is in talks with Germany and Singapore about facilities there, too.

All this makes Chang more influential than ever. In the past three months alone, he’s met with President Joe Biden, Japanese prime minister Fumio Kishida and even — at the sidelines of a recent diplomatic meeting in Thailand — Chinese leader Xi Jinping. Yet his apparent increased influence comes as his company’s business of supplying both the US and Chinese tech sectors from Taiwan faces unprecedented pressure. With a life and career spanning China, the US and Taiwan, no one has benefited more than the globalization of American tech firms or the integration of the US and Chinese economies. Yet Chang’s influence is peaking at the very moment these trends are beginning to rapidly reverse. 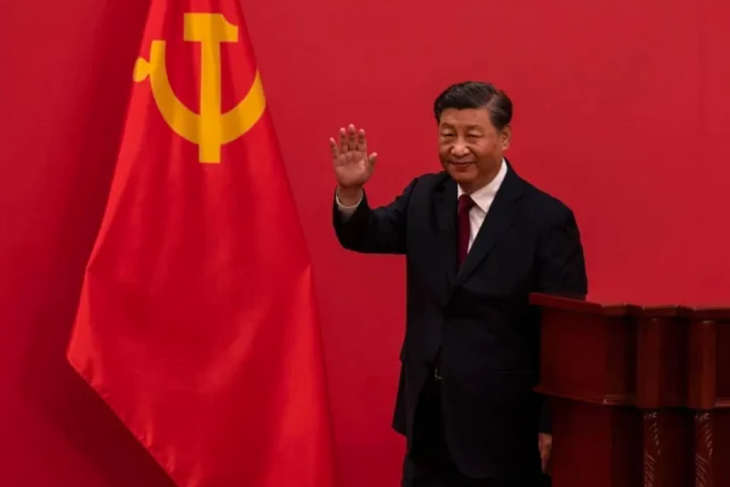