She left Germany toothless and dependent on Russia 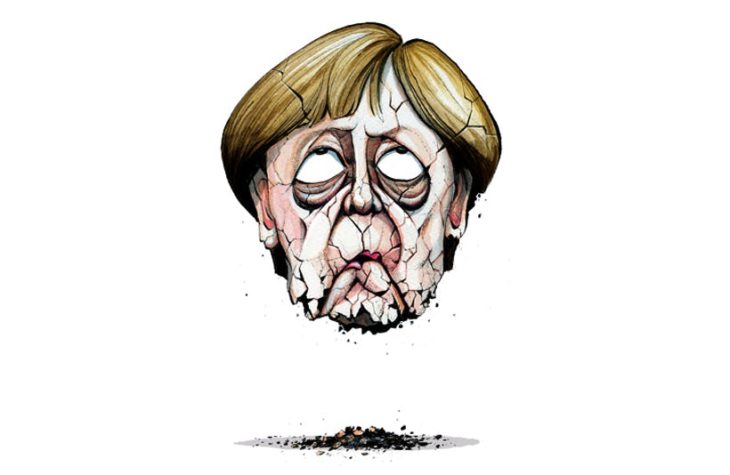 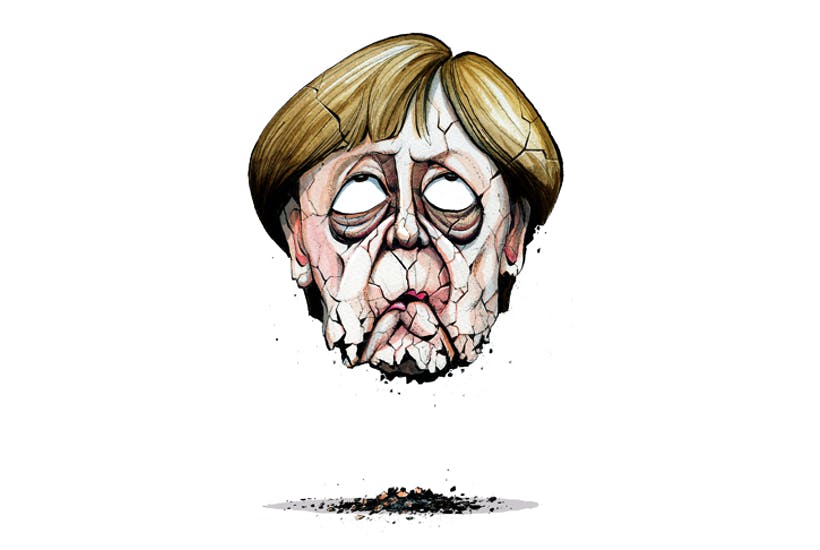 Angela Merkel is one of the most recognizable names in modern politics and probably the only German chancellor since post-war leader Konrad Adenauer that Americans will remember. Merkel was the leader of the center-right CDU party and head of the German government for a full 16 years, making her one of the longest-serving chancellors in German history as well as the first woman to hold the post.

Now the full scale of her disastrous reign is becoming clear.

Angela Merkel is one of the most recognizable names in modern politics and probably the only German chancellor since post-war leader Konrad Adenauer that Americans will remember. Merkel was the leader of the center-right CDU party and head of the German government for a full 16 years, making her one of the longest-serving chancellors in German history as well as the first woman to hold the post.

Now the full scale of her disastrous reign is becoming clear.

Following the nuclear power plant incident at Fukushima in 2011, Merkel began Germany’s “Energiewende” (energy shift), intending to phase out of all of Germany’s nuclear plants in favor of renewables. The coalition government was proud of its actions and promises, set on eclipsing its neighbors on renewables and setting the agenda for a European Green Deal.

This became a dead end. On the one hand, Germany underdelivered on building renewables and overestimated the effects of the nuclear phase-out. As nuclear power stations were closed down (only three remain, due to be shut down at the end of this year), Germany realized it was going to run short on electricity, and banked on coal. With coal energy taking a toll on the health of both workers and nearby inhabitants, and with environmentalists opposing them altogether, Germany then aimed for a complete phase-out of coal by 2038 (a deadline brought forward to 2030 by the new government sworn in last year).

What Germany ended up with was natural gas from Russia. Nord Stream 2, the new pipeline built with Russia, would not only bring more natural gas to Germany, it would circumvent Ukraine as a transit country. Nord Stream 2 was supposed to flow down from Russia’s access to the Gulf of Finland, through the Baltic Sea to Northern Germany, alongside the existing Nord Stream 1.

When Baltic nations, former Warsaw Pact countries, and Ukraine pleaded with Germany to halt the construction of Nord Stream 2, Merkel was indifferent. She proclaimed that if natural gas was used as a political weapon by Russia, Germany would respond in kind with sanctions. The irony was that building Nord Stream 2 in itself was another extension of Putin’s line of influence. Note that in the early stages of Russia’s military ramp-up on the Ukrainian border, Germany strongly opposed the delivery of arms to Kyiv by either its own forces or those of its NATO allies — most likely because of this dependence.

Former chancellor Gerhard Schröder, the social-democrat who preceded Merkel in the post, had overseen the financial guarantees for Nord Stream 1, and after leaving office, he joined the shareholder’s committee of NordStream AG. Soyeon Schröder-Kim, Schröder’s wife, recently posted a picture on Instagram of her acting out a prayer with the Kremlin as the backdrop. The stunt has been widely mocked in Germany, as the former chancellor faces criticism over his silence on the conflict.

Merkel’s track record might not be this bad, but she did pursue Nord Stream 1 as well as the construction of the second pipeline.

This policy has since been reversed, as has been Germany’s underfunding of its military forces. For years, the United States pressed for Berlin to honor its promises to NATO by spending 2 percent of its GDP on defense. Donald Trump in particular called out America’s subsidization of Germany’s defense, and claimed Merkel used funds that needed to be spent on security for popular domestic causes such as welfare programs. Faced with the war in Ukraine, Germany’s new chancellor Olaf Scholz has decided to up military expenditures by €100 billion ($110 billion), putting it above the 2 percent NATO target.

Between an energy transition expected to cost upwards of $3.3 trillion until 2050, increased dependence on Russian gas imports, the highest electricity prices in the developed world, and the overall unpreparedness of the military, Merkel has little to show for her time as chancellor. In fact, the only reason Angela Merkel stayed in power for 16 years was that she adapted her positions to the polls of the day, made coalitions with whichever secondary party was useful to her, and governed on the principle of “slow and steady.”

“Are you better off today than you were four years ago?” Merkel’s center-right CDU had better not adopt that slogan in another political campaign.