Angela’s ashes: Merkel is leaving the EU in chaos 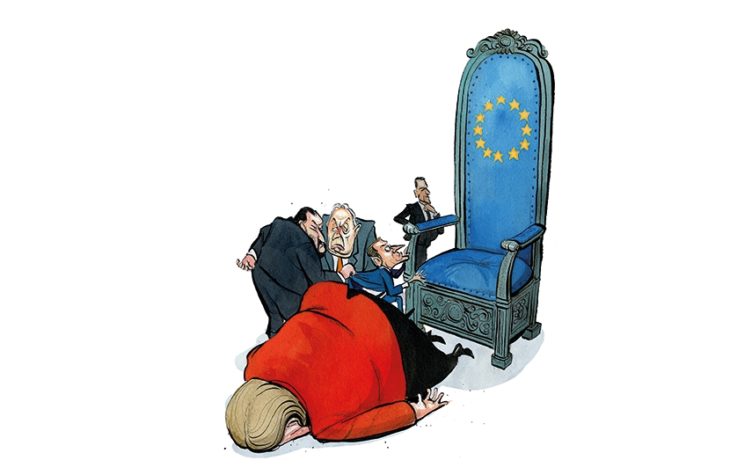 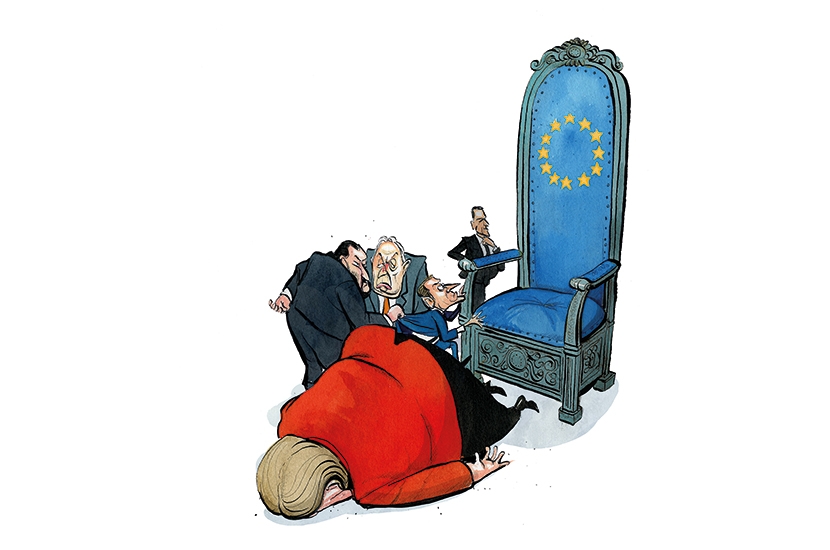 Angela’s ashes: Merkel is leaving the EU in chaos

Perhaps the most absurd thing ever said about Angela Merkel is that she was the de facto leader of the western world. She has certainly been one of Europe’s most successful politicians, if you define success as political survival. But as she comes to the end of her 16 years in office, her luck is deserting her and the mess she has created is becoming horribly apparent. She leaves behind a split EU that is not just unled but might now be unleadable.

Perhaps the most absurd thing ever said about Angela Merkel is that she was the de facto leader of the western world. She has certainly been one of Europe’s most successful politicians, if you define success as political survival. But as she comes to the end of her 16 years in office, her luck is deserting her and the mess she has created is becoming horribly apparent. She leaves behind a split EU that is not just unled but might now be unleadable.

Humiliating reminders of Merkel’s imploded authority come regularly. Take her latest idea to keep British tourists out of the EU this summer. Germany is imposing a mandatory 14-day quarantine for UK arrivals, whether they are vaccinated or not, and Merkel wanted other EU states to do the same. Malta and Portugal refused, saying only the unvaccinated should have to quarantine. Spain said it would not quarantine anyone who came with a negative test.

Merkel’s ban failed because it was not really about the virus but about the German elections. The nightmare scenario for her party, the Christian Democratic Union, is a rise of infections after the summer holidays but before the September election. It’s unclear how banning British tourists would help to suppress COVID. The Delta variant is moving fast through Europe. It makes up 20 percent of cases in Spain and 40 percent in Austria.

But the important point of this drama is that the EU member states are no longer bending over backwards to please Merkel, as they habitually did during the years of the sovereign debt crisis, when they happily (and tragically) followed Germany’s lead towards austerity. It’s now hard to persuade them to act as one.

An even more stark sign of the deterioration of EU unity came last week when a Franco-German proposal for a summit with Vladimir Putin triggered one of the most ill-tempered disputes ever seen in European politics. Merkel and Emmanuel Macron were irked because Joe Biden had recently been to Geneva to meet with Putin and, like children in a playground, they did not want to be left out. Merkel’s idea was for all 27 EU states to have talks with the Kremlin. Former communist states, the Baltic ones in particular, which feel under threat from a resurgent Putin, were appalled. They saw it as a push for a softer approach towards Moscow. Toomas Hendrik Ilves, the former president of Estonia, accused Merkel (and Macron) of having learnt nothing from 80 years of history, and spoke of yet another German betrayal. ‘We do not matter,’ he said. ‘Expendable.’

The Baltic states were united in opposition with Poland and Romania. Mateusz Morawiecki, the Polish prime minister, said that a dialogue with Russia can only happen after Putin ends his aggressive policies towards Ukraine. Even the Dutch prime minister Mark Rutte drew the line, pointing to Russia’s involvement in the missile attack on the Malaysia Airlines MH17 flight that crashed in Ukraine while en route from Amsterdam to Kuala Lumpur. Gustav Gressel from the European Council on Foreign Relations wrote that Merkel had destroyed her legacy in 24 hours.

I think it is worse than that. What we are witnessing is the birth of a new breed of Euroskepticism. Not the nationalist sort that led to Brexit and the rise of various right-wing parties, but a principled one that supports democracy and human rights and refuses, on principle, to get close to Moscow. This all amounts to a moment of great danger for the EU.

A lot of these problems can be traced back to decisions taken by Merkel a long time ago. She had initially cozied up to Putin because after the 2011 Fukushima nuclear accident she reacted by pulling the plug on German nuclear energy. That decision was a disaster on so many levels. Germany became over-reliant on Russian gas and will soon become even more dependent due to the Nord Stream 2 pipeline. Merkel argues that this is business, nothing more. Much of the rest of Europe thinks she’s taking Putin’s shilling, and the new pipeline will allow him to bypass Ukraine.

Merkel also got in the way of European solidarity after the 2008 financial crisis by insisting that each member state should take care of its own banks. So she categorically ruled out EU-wide eurobonds. The eurozone might have collapsed had it not been for Mario Draghi’s intervention at the European Central Bank. Only when the Covid pandemic hit did she finally accept an EU-wide recovery fund. If she had wanted to make the EU into a more cohesive, steerable institution 2008 would have been her moment.

Perhaps Merkel’s most consequential action was not a strategic choice, but a spontaneous executive act: her decision to open Europe’s borders for refugees in 2015. She did not consult with the coalition partners, nor with other EU member states — many of which are still living with the political ramifications of her decision. Where was the leadership? She did not stop to think about where this would end. In her entire 16 years as chancellor, she never picked a battle with a genuine strategic advantage.

Her lasting legacy will be a recognition that ‘Europe’ as a political entity — the idea of European strategic autonomy — has been tried and that it failed. If neither Merkel nor Macron can ‘lead’ Europe, then who can? Look at the field of their potential successors in Germany and France. No one else is on the horizon. So the EU’s future depends on weaning itself off the illusion of Franco-German leadership.

The failed summit proposal ended another European delusion: the idea that the EU can decide foreign policy by majority voting. To many in the EU, this is crucial if Brussels is to issue pronouncements on foreign events. Ursula von der Leyen, the European Commission president, said in September that she is tired of ‘simple statements on EU values being delayed, watered down or held hostage for other motives’. Wouldn’t it be easier, she asked, if the EU just decided such issues by holding a vote?

But if majority voting had been in place this time, a majority of 20 countries would have been able to back Merkel’s plan for talks with Putin. So the Baltics will never give up their veto, especially if they see a fundamental conflict between their interests and those of countries like Germany.

The Merkel years will come to be seen as the last hurrah of a bygone, late-industrial era. When it ends, people will ask the uncomfortable questions they did not ask during her time: why did a rich country like Germany fail to invest in new technologies? Why did she refuse to lay solid foundations for the eurozone? Why did she do business with Putin and make her country dependent on Russia’s natural resources? Why did she agree to climate change targets and then fail to implement them?

I concluded some time ago that Merkel is the most overrated political leader of our time. If she really had been the leader of the West, she would done what she could to create a strong, united EU. Instead, we see bedlam. And that will be the Merkel legacy. 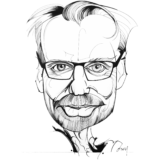