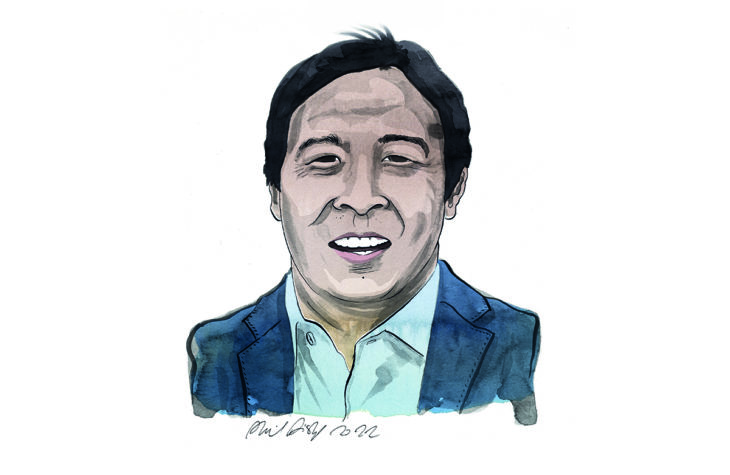 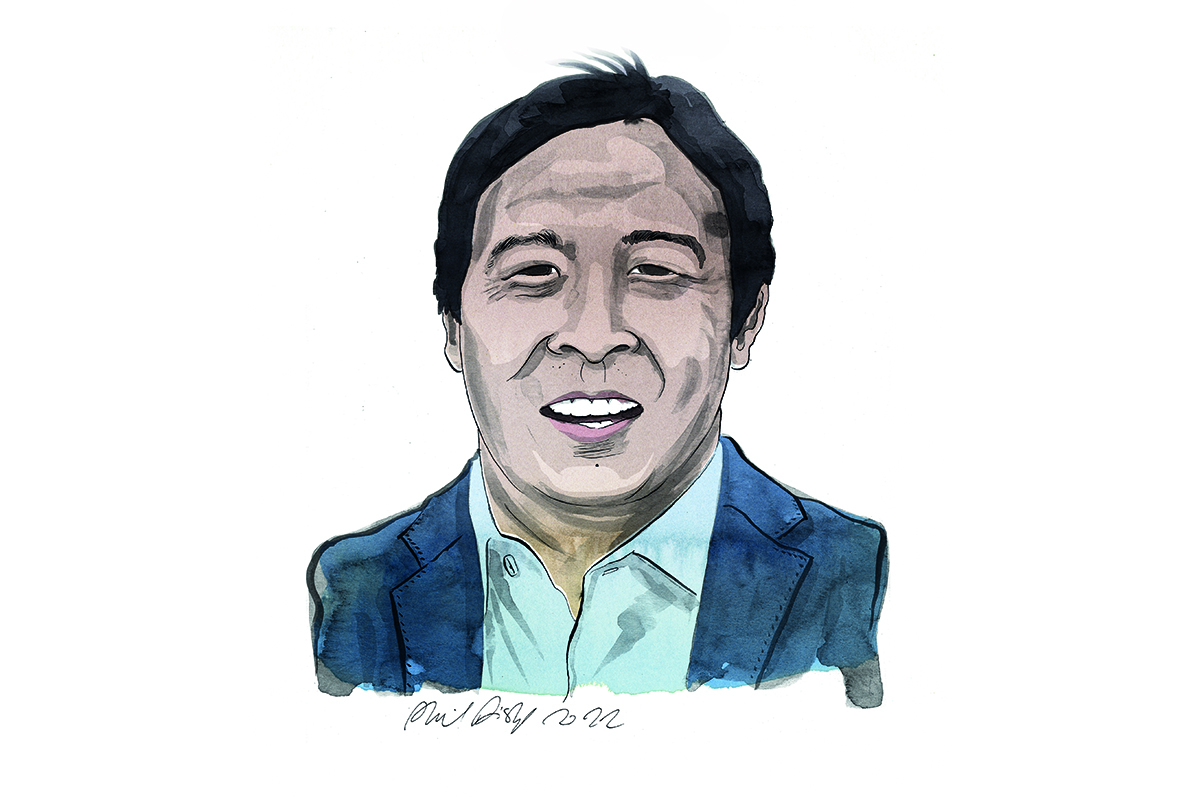 In 1958, the federal government surveyed the vast plains of the United States for the site that would launch the future of humanity and settled on... Greenbelt, Maryland, which had the advantage of a quick commute from the capital. On weekdays 7,000 people travel to NASA’s Goddard Space Center to work on those telescopes that go viral every few months with their high-definition photos of space. They were off for Labor Day weekend, so only a couple of hundred people were on hand to see the dawn of a political revolution.

Walking from the Art Deco former...

In 1958, the federal government surveyed the vast plains of the United States for the site that would launch the future of humanity and settled on… Greenbelt, Maryland, which had the advantage of a quick commute from the capital. On weekdays 7,000 people travel to NASA’s Goddard Space Center to work on those telescopes that go viral every few months with their high-definition photos of space. They were off for Labor Day weekend, so only a couple of hundred people were on hand to see the dawn of a political revolution.

Walking from the Art Deco former elementary school, I bypassed the distractions of the bingo game and carnival rides, hooked a left at the minimart selling live bait, lottery tickets and a rack of women’s clothing and found myself outside the New Deal Café greeted by insistent women opposed to a proposed Maglev train promising hour-long commutes from DC to New York City. Loud and angry, sure, but hardly the stuff of political upheaval. I then circled the booths advertising natural medicine and religious preschool programs, before settling my eyes on the tent for the Royal Scottish Country Dance Society of the Washington, DC Area. Right next to those kilted folks, I caught my co-conspirators hiding in plain sight: two middle-aged men in blue polos beneath a tent declaring, “Not Left, Not Right, Forward.”

Over the summer failed Democratic presidential candidate Andrew Yang launched the Forward Party after merging with a pair of anti-Trump groups: one from the center left, one from the center right. In media write-ups Yang and co-founder Christine Todd Whitman, ex-GOP governor of New Jersey, emphasize that it will be a centrist party. Reuters broke the news in July with one of the most bewildering sentences in modern journalism: “The party, which is centrist, has no specific policies yet.” It is odd to see reporters give deference to this notion since the group has staked no positions on any issue beyond ranked-choice voting — overturning voting laws in nearly every state is evidently centrist these days, so long as it is done in melodious tones and grounded in good intentions. Forward pledges to do away with the old ways of doing business, namely by trying to appeal to the most voters. Yang and his crew are hard at work “reinventing what a political party should be”: vague, it turns out, according to top Forward advisor Joel Searby, who headed up Evan McMullin’s doomed 2016 presidential run. 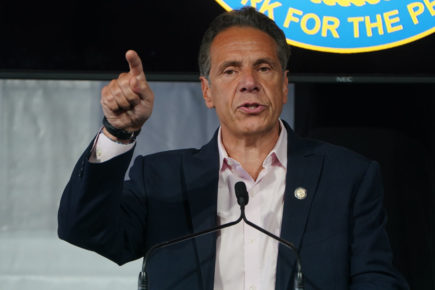 A tale of two Andrews

“We are a group of people who have varying ideas about specific solutions but committed to working together to come up with real solutions,” Searby says. “We are trying to build a container to house candidates that can emerge and serve their communities… we want to give our candidates room for their solutions.”

At the core of Forward’s appeal is the belief that an increasingly progressive Democratic Party and a GOP poisoned by Trump have left many politically homeless. But staking out actual positions on actual issues could threaten to alienate one side of this dissatisfied middle or the other — so instead they are uniting behind three, no doubt focus-tested, priorities: “Free People”; “Thriving Communities”; “Vibrant Democracy.” To read the list is to get a glimpse into the mind of communications, rather than policy professionals at work. Banal, amorphous, hollow.

In 2020, Yang ran on unique ideas to deal with concrete problems — e.g., universal basic income to offset the pain of automation — but only picked up steam when he began sporting a “MATH” pin on his lapels and convinced crowds and comedians to chant “PowerPoint!” at rallies. There’s a reason the alumni of his 2020 run all wrote marketing how-to books, rather than treatises on political philosophy or public policy. Once you move beyond the ambiguous goals, visitors to the Forward Party website are treated to a sleek flow chart outlining just what the future of political parties will look like. You are invited by a series of bubbles to “DISCOVER” (Fearlessly seek diverse and new ideas); DESIGN (Come together around sensible solutions) and, finally, “DELIVER” (Yes, actually DO something).

The Forward Party may be vague about specifics or ambiguous about worldview, but it cannot hide the technocratic, Silicon Valley approach that animates it: “We just have to… reintroduce a competition of ideas” in order to do away with extreme polarization. While past third-party efforts have united behind specific issues or ideological projects at odds with the two dominant parties — say hostility to free trade or desegregation or capitalism — the Forward Party intends to become the first successful political venture founded on etiquette. This blend of idealistic meritocrats may fancy themselves forward-thinking and “future-oriented” and use the language of the present, but the movement seems rooted in nostalgia. Some modern dissidents pine for the return of divine monarchy or the advent of true communism, but these “centrist” radicals have a vague spiritual longing for the civil discourse and tidy, scientific thinking that they imagine existed in the not-too-distant past.

That’s what makes their technocratic mindset all the more galling, for they are nostalgic for the days of Adlai Stevenson and Ike and Rockefeller and JFK, those champions of centrism. At its core, the Forward Party wants to return to the 1950s, the age of NASA and public trust, without realizing that such a system of bipartisan bonhomie was rooted in a socially cohesive WASP elite — the ones ambitious, meritocratic strivers and radicals ousted in the 1960s. The wholesale dismantling of patrician politics and backroom deals, so maligned today in the popular imagination, paved the way for an upstart class of “political professionals” and tech-savvy consultants who amassed great fortunes with their mastery of the mass communication Adlai Stevenson once spurned “[merchandising] candidates for high office like breakfast cereal.” He was talking about TV; we now merchandise our politics as if we are selling guillotines thanks in part to ever more narrowly targeted ads. The architects of all those exploitative ads are the same people championing third-way politics, as if they bear no responsibility.

Once Forward Party advocates are done convincing reporters they are centrist, they move on to insisting on their seriousness. Searby lays out ambitious goals of attaining major party recognition in thirty states by the end of 2023 and in all fifty by 2024. Even absent official recognition that would entitle them to prominent ballot placement, the party’s nationwide launch showed that partisans are taking them seriously. “Grifters!” could be heard from the right’s typical precincts, but the most aggressive broadsides came from the left, which baselessly accused Yang of being in league with MAGA 2024. When that line of attack fell flat — thanks in part to polling that showed ousted Never Trumper Representative Liz Cheney pulled away more Biden voters than Yang — the Southern Poverty Law Center and the Nation retreated to the familiar ground of accusing the Asian man of being an ally of white supremacy. Such an ideology would fly in the face of Forward’s raison d’être; for while there is nothing in its principles or empty platform that disavows white supremacy per se, we do know that racial bigotry makes for poor manners.

Maryland is as good a place as any to canvass for disaffected voters; we may be standing in the middle of the most liberal county in a blue state, but this state once bucked both major parties and cast its electoral votes for a third party — though it’d be impolite to mention that it was in 1856, for Millard Fillmore and the nativist Know Nothings. There’s a throw-back sense of decorum and wholesomeness to the golden years of this middle-class enclave when the resident NASA staffers talked about proper recycling next to merry-go-rounds.

Local Forward Party ambassadors Brandon and Mark concentrate on crowd work, which will be necessary to overcome the advantage the Eleanor and Franklin Roosevelt Democratic Club enjoys after finagling its way into prime real estate next to the Greenbelt Police Department at the center of the festival grounds. The establishment rivals hawk yard signs for federal candidates and call out to passersby, but that is not the Forward Party way. They always open with a question: “Have you heard of the Forward Party?” A man with a white wizard’s beard says no and moves on. The overture, however, piques the interest of a pair of ladies in sunhats. Mark hands out a single flyer that will command these ladies to DISCOVER, DESIGN and DELIVER. A polite conversation follows in quiet, civil tones. There will be no hard selling here. “That’s not the Greenbelt Way,” Mark says.

Brandon and Mark at first welcome my interest until I reveal I am a reporter; then they are tightlipped, the way good revolutionaries and nervous, unseasoned political organizers always are. They would need to check with their higher-ups before they can answer questions as benign as what motivated them to volunteer for the party’s Maryland chapter amid a heat wave. Talking to reporters could reveal that they actually stand for something, which, of course, is not the Forward Party Way.

The would-be revolutionary reporter makes his way back through the crowd of anti-Maglev activists and Royal Scottish Country Dancers, past the Democratic club, and into the middle of the wholesome fairgrounds. There is a bright sign near the entrance: “No Fighting; No Profanity; No Alcohol; No Drugs; No Weapons; Respect Staff Security… Please use Trash and Recycling receptacles.” It had all the touchstones of Forward Party’s vision, but then it couldn’t be: it is far too specific.