America’s military isn’t ready for a war with China

It’s facing a readiness crisis and underfunding, among other issues 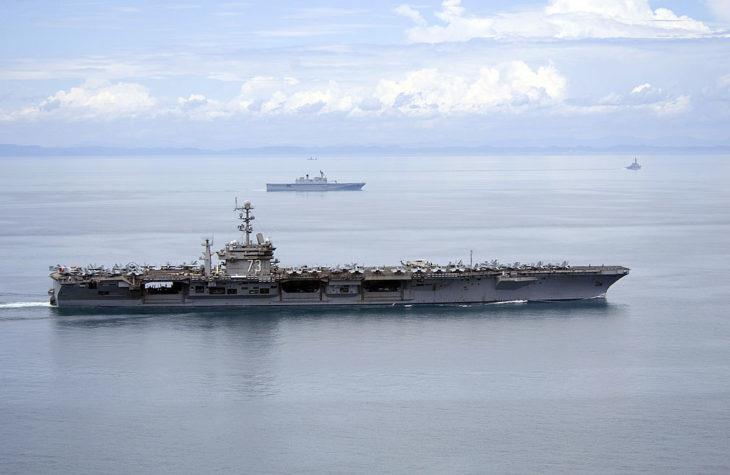 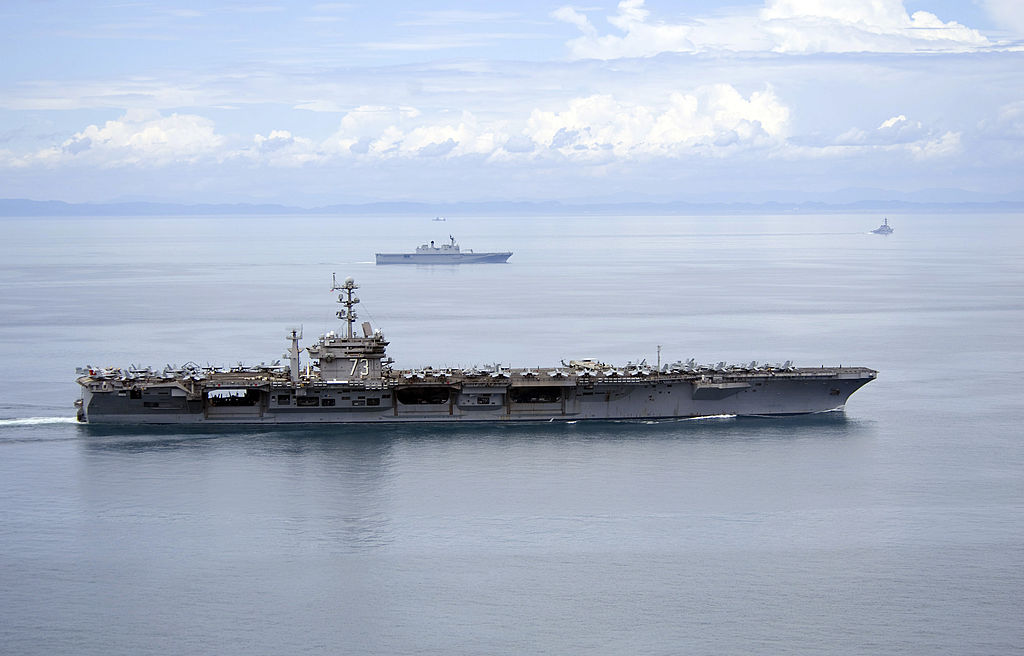 America’s military isn’t ready for a war with China

China’s 20th Party Congress concluded on October 23, and President Xi Jinping secured a norm-breaking third term as leader of the Chinese Communist Party (CCP). With the Politburo Standing Committee stacked with close confidants and dissent virtually wiped out, Xi is the strongest he has ever been.

Xi has also redoubled the Party’s commitment to taking the island of Taiwan, by force if necessary. Secretary of State Antony Blinken recently said that China “was determined to pursue reunification on a much faster timeline.” The alarm has been repeatedly sounded by American military officials, with speculation that a...

China’s 20th Party Congress concluded on October 23, and President Xi Jinping secured a norm-breaking third term as leader of the Chinese Communist Party (CCP). With the Politburo Standing Committee stacked with close confidants and dissent virtually wiped out, Xi is the strongest he has ever been.

Xi has also redoubled the Party’s commitment to taking the island of Taiwan, by force if necessary. Secretary of State Antony Blinken recently said that China “was determined to pursue reunification on a much faster timeline.” The alarm has been repeatedly sounded by American military officials, with speculation that a Chinese invasion of Taiwan could occur as soon as 2023.

The US has long had a policy of strategic ambiguity over whether it would come to Taiwan’s defense, but it has become increasingly clear that policy is being slowly abandoned. All of this raises the question: is the United States prepared to fight a war with China?

The answer, simply put, is no.

The first and most obvious problem is geography. The US mainland is thousands of miles away from the theater of operations that a war with China would occur in. The United States currently has tens of thousands of forward-deployed troops in the Western Pacific, mostly in Japan (about 54,000) and South Korea (about 28,500), but they would need to be quickly reinforced in the event of full-scale war, and those on the Korean peninsula also have to worry about North Korea.

Guam is the closest US territory to the conflict zone, and has naval, air, and ground forces facilities. The main power projection point for American forces in the Pacific, however, is Hawaii, which is close to 5,000 miles from Taiwan. The US also operates major facilities in Japan and South Korea, but all of these bases are easily targetable from China via missile or air attack, making them highly vulnerable in the opening days of any conflict. A Chinese strike on Guam — a very likely event in a Sino-American war — would severely undermine America’s ability to fight in the region.

China, by contrast, would be fighting in its backyard, and mostly within its missile umbrella, which is the core of Beijing’s anti-access area denial (A2/AD) strategy. The PLA has thousands of missiles prepared to target Taiwan and deny access to the first island chain (which spans from South Korea to the Philippines) to its adversaries. With a full spectrum of ranges — including the soon-to-be-fielded capability to hit ships up to 2,500 miles away — the traditional American method of force projection (carrier strike groups) is severely compromised.

The aircraft currently deployed in the Navy do not have the ranges needed to operate from carriers outside the range of Chinese missiles. The F-35, the Navy’s newest and most capable combat aircraft, has a maximum range of 1,370 miles, which means only around a 680-mile combat radius (680 miles to the fight plus 680 miles back to the carrier). The F/A-18E/F Super Hornet, a mainstay legacy platform, has effectively the same combat radius. Though new platforms are due to come online in the future, which will help with the range problem, those are a long way from being present in sufficient numbers. Even something as basic as resupplying Taiwan in the event of a conflict would be very difficult, as any vessel would be within range of Chinese missiles long before it got near the island.

Then there are the US military’s readiness concerns. The Navy, which would play a central role in a conflict with China, has some of the most intractable issues. It has been widely recognized for years that the Navy is not large enough to deal with its current tasks, let alone fight a war with a peer competitor like China. Currently, the Navy has 296 ships, and under existing plans, it will have 280 by 2027, before reaching between 305 and 318 ships by 2035 and between 318 and 363 by 2045. To defend Taiwan, the Navy is estimated to need about 350 ships.

Meanwhile, the Navy is saddled with just as many responsibilities today as it was in the Cold War. In mid-2022, the Navy had around 31 percent of its ships deployed, compared to an average of 17 percent during the Reagan years. Such regular deployments strain crews and hulls, detracting from effectiveness and longevity. This is compounded by the Navy’s massive maintenance issues. The Government Accountability Office (GAO) reports that from 2014 and 2020, the Navy had around 38,600 hours of delays in maintenance work on all types of ships.

While the Navy has a major program underway to update and repair its shipyards, it is facing cost overruns and other serious obstacles. A May 2022 GAO report notes, for example, that over 50 percent of equipment in the Navy’s shipyards are beyond their intended lifespans. Meanwhile, China’s shipbuilding capacity is only growing, and the People’s Liberation Army Navy (PLAN) is rapidly expanding, likely reaching 460 ships by 2030. Of course, capability matters too, but China’s ships have advanced significantly, with its newest classes posing a real threat to American vessels.

The most important vessel in a conflict with China would likely be the submarine, as it would be able to largely circumvent Beijing’s A2/AD capabilities. Here, too, the US is facing difficulties. The GAO said parts of the submarine force had been idle for nearly 2,800 days due to lack of maintenance capacity. And while the Navy still maintains by far the strongest submarine force in the world, it is not buying new ships fast enough. Shipyards are already stretched to their limits with maintenance and construction, leaving little room for the expanded orders necessary to meet the threat.

Now consider the various problems afflicting the other service branches. The Air Force is facing a shortage of trained pilots, while also not providing enough flying time for pilots to train in their aircraft. It is also facing the specter of rapidly aging equipment and slow modernization. The Army is staring down a recruiting crisis, and is operating increasingly old equipment that dates back to the 1980s. It, too, is failing to modernize fast enough. One can see why the Heritage Foundation’s comprehensive annual “Index of U.S. Military Strength” recently scored the military as weak for the first time.

A necessary component of a fight against China is investment in large quantities of long-range precision weapon systems capable of hitting land, sea, and air targets, but that can also operate away from large, easy-to-strike bases. As the Ukraine conflict has shown, current US munitions production and stockpiles are nowhere near where they need to be. With long lead times for production and stocks of key air-dropped munitions that would likely not last a month in a major conflict, the US needs to increase orders drastically. This need is pressing, because any conflict with China would be munitions-intensive and would almost certainly drag on for an extended period of time.

While there is plenty of blame to go around, the most significant cause of these problems is the refusal of the federal government to increase defense spending. Modernization costs money, but Congress has been incapable of cutting itself loose from a post-Cold War mentality. For much of the Cold War, the defense budget was over 4.8 percent of gross domestic product, and it was often much more. In 2020, the US spent about 3.7 percent. And inflation has only slowed budgetary growth.

The result of all this is that most wargames against China have resulted in US failure, or, at best, a pyrrhic victory. As some authors have suggested, the military needs a new strategy based on inexpensive, concealable, and distributed capabilities that can survive within China’s A2/AD umbrella. The Marines’ Force Design 2030 begins to tackle this problem, focusing on a nimble force capable of deploying in a heavily contested environment but still packing the kind of punch necessary to fight China in the Pacific. One procurement plan, for example, is to acquire mobile anti-ship missile systems that the Marines can deploy with to threaten Chinese naval vessels.

The question now is, if the Biden administration and politicians know that a war with China may not be far around the corner, why are changes not being made? Biden’s proposed defense budgets have been insufficient and shortsighted, with Congress having to step in and add billions of dollars. The president has also succeeded in killing the Nuclear-Armed Sea-Launched Cruise Missile that would have provided valuable capabilities and contingencies in a Sino-American fight.

Americans rightfully expect their military to be capable and ready. A new conflict is looming, and the longer America takes to recognize this and act accordingly, the greater the risk that it will face a disastrous defeat in the near future.