Exhausted by America’s culture of fear 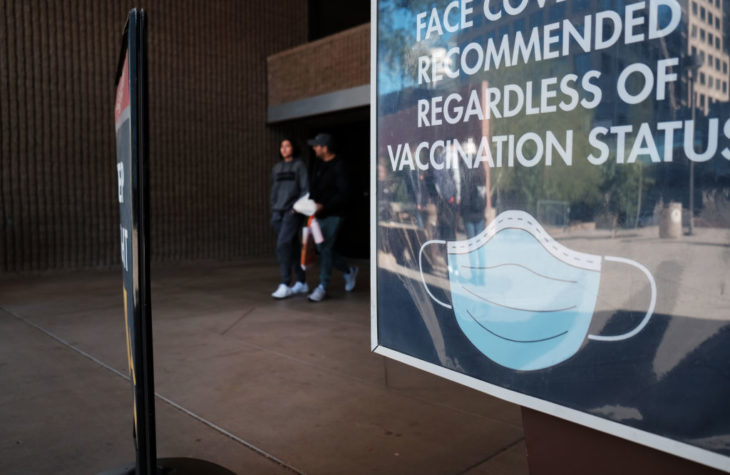 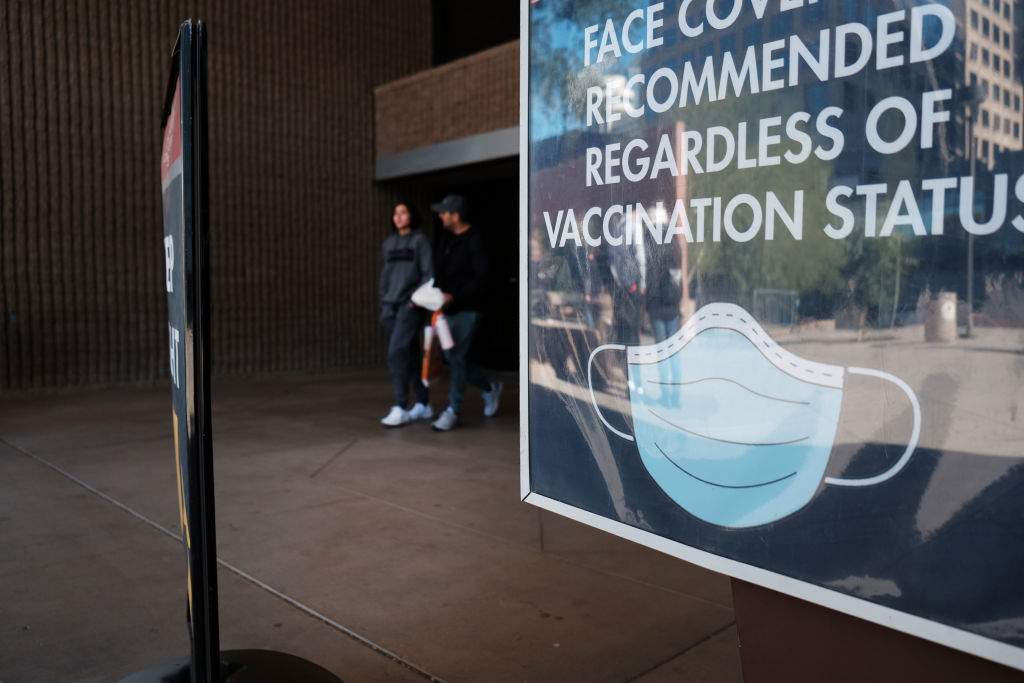 Exhausted by America’s culture of fear

When I try to sleep at night, I can't relax. I blearily turn on the TV, but I can't change the channel. My TV is telling me I am going to die, maybe from Covid (they say there's a new variant, you know, called Monkeypox); maybe from climate change because it is likely already too late.

Before I drown because of climate change, I'll be hungry because supply chains don't work anymore, and inflation is stripping away my purchasing power, and some sort of fascist coup will happen, and I'll probably have to wear all gray...

When I try to sleep at night, I can’t relax. I blearily turn on the TV, but I can’t change the channel. My TV is telling me I am going to die, maybe from Covid (they say there’s a new variant, you know, called Monkeypox); maybe from climate change because it is likely already too late.

Before I drown because of climate change, I’ll be hungry because supply chains don’t work anymore, and inflation is stripping away my purchasing power, and some sort of fascist coup will happen, and I’ll probably have to wear all gray clothes all the time like in the dystopian movies. Then there are the TV diseases, bowel disorders and skin problems that medicines I can’t afford might fix except side effects can include blindness, paralysis, saying thingstoofasttounderstandanditallisjustablur of fear. It doesn’t matter that I can’t pick out the words; I know what it means. If only I had that medicine, maybe I’d be happy like the people in the commercials, going to farmer’s markets with my racially diverse group of pals.

The rhetoric of emergency, crisis, and imminent doom has always been a part of American life. We have not been happy for some 75 years. We were happy for a short time after we defeated Hitler, but then we spent three generations certain we would die in a nuclear fireball because communists wanted to invade us, right up the beaches of San Diego, even when for a while we were the apex predator on the planet with the world’s only atomic bomb. We beat the communists but our happiness was short-lived again because of the terrorists, and right after we beat them there was Putin who wanted to ruin the Olympics.

I have always been afraid. But I also realized that the ever-increasing speed of fear has never so dominated American life than since about 11 p.m. on November 8, 2016, when it became clear Donald Trump would win the presidency. The stakes grew daily: never mind Putin, a Russian agent was in the Oval Office. There he was, giving away secrets; there he was, jeopardizing the security of Asia by holding peace talks and hands with Kim Jong-un. Then the terrorists were almost back because he was going to pull out of Afghanistan too soon after 20 years.

Covid. George Floyd. Elections. Democracy itself was to end on January 6. Barack Obama said at the 2020 Democratic convention that we must vote Democrat out of fear of losing our democracy. Every day, I had new things to be afraid of, Oathkeepers and Boogaloo Bois, not enough beds and not enough ventilators. The tension of constant crisis defined the years. Every day it seemed to reach a breaking point only to be topped again the next morning.

Then I thought maybe we had a chance. Normalcy — in the person of perhaps the most established and, well, normal politician of the last few generations — seemed to have returned. I felt like I was almost given permission to exhale.

But no. The crisis had only deepened. The seemingly impossible had happened: the brief occupation of the citadel of American democracy by a mob out of control was not over. In fact, I was told, it was the seminal event of our generation, perhaps the end of the American Experiment itself. The TV says this is mostly the fault of Trump, whom the TV people seem very certain is still in charge of everything. If only a Democrat could get into the White House and start fixing things so I might see my grandchildren again at my show trial after they turn me in for thoughtcrimes.

Donald Trump — the ghost of elections past and, perhaps, yet to come — still commands constant and breathless coverage, from cable news to late-night comedy. The fraternity of coronavirus variants — alpha, delta, omicron — is like the list of hurricane names: catchy but menacing, perfect for tweets and news scrolls. I am told the upcoming elections, if Republicans do well, will not be fair, and that decades of civil rights work and legislation are meaningless now because the Senate still has the filibuster and Joe Manchin. It seems every story is reported with a flashlight held under the announcer’s chin.

I tried to figure out if I’d gone insane. The arguments are so stupid, it was like arguing a horse is not an orange. I left the room for five minutes and returned to see that the US was semi-at-war over another country’s problems. What, are there Kurds now in Ukraine we have to die for? I couldn’t find any debate, anybody asking why we were starting down the road to another war, only that I should get scared again of the Russian Bear taking over Europe. See, because Neville Chamberlain misread Hitler, forever after any attempts at peace are called appeasement. That’s why I’m told war between China and Taiwan is imminent. Meanwhile, in the face of lurking Covid, living in daily fear of terrorism seems almost nostalgic.

Dammit, somebody said if we elected Anybody But Trump things would be okay. Instead it seems worse than ever. Fear as a policy has yielded a nuclear arms race that nearly destroyed the world, the lost decade of freedoms sacrificed to protection from terrorism, and the hundreds of thousands dead in pointless revenge wars. Now comes the wasted springs, summers, autumns, and winters of Covid overreaction, destroying the economy and breaking people’s spirits, followed by inflation and five-buck gas. So forgive me when I’m not sure I should fear for our democracy so much as I fear for our sanity.