American breakup: secession is much closer than we think 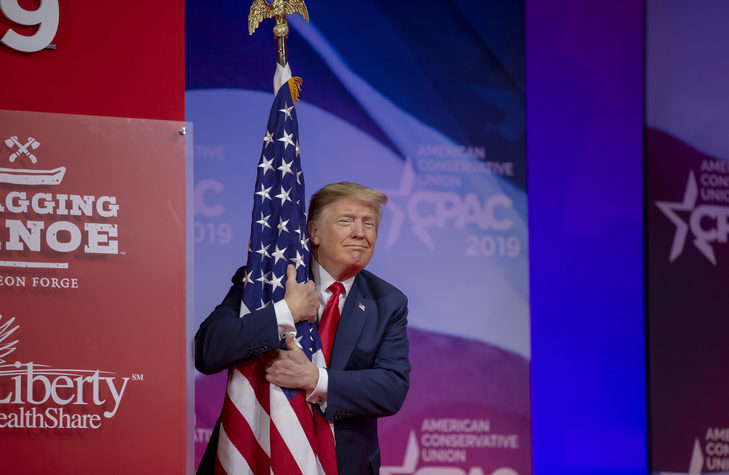 American breakup: secession is much closer than we think

The United States is ripe for secession. Across the world, established states have divided in two or are staring down secession movements. Great Britain became a wee bit less great with Irish independence, and now the Scots seem to be rethinking the Act of Union (1707). Czechoslovakia is no more and the former Soviet Union is just that: former. Go down the list and there are secession groups in nearly every country. And are we to think that, almost alone in the world, we’re immune from this?

Countries threaten to split apart when their people seem...

The United States is ripe for secession. Across the world, established states have divided in two or are staring down secession movements. Great Britain became a wee bit less great with Irish independence, and now the Scots seem to be rethinking the Act of Union (1707). Czechoslovakia is no more and the former Soviet Union is just that: former. Go down the list and there are secession groups in nearly every country. And are we to think that, almost alone in the world, we’re immune from this?

Countries threaten to split apart when their people seem hopelessly divided. I’ve seen it already. Before moving to the United States, I lived in a country just as divided, without the kind of fellow feeling required to hold people together. Canada was an admirably liberal country, yet it came within a hair’s breadth of secession. America is headed the same direction today, and without the reserve and innate conservatism that has permitted Canadians to shrug off differences.

We’re less united today than we’ve been at any time since the Civil War, divided by politics, religion and culture. In all the ways that matter, save for the naked force of the law, we are already divided into two nations just as much as in 1861.The contempt for opponents, the Twitter mobs, online shaming and no-platforming, the growing tolerance of violence — it all suggests we’d be happier in separate countries.

That’s enough to make secession seem attractive. But there’s a second reason why secession beckons. We’re overlarge, one of the biggest and most populous countries in the world. Smaller countries, as I’ll show, are happier and less corrupt. They’re less inclined to throw their weight around militarily, and they’re freer. If there are advantages to bigness, the costs exceed the benefits. Bigness is badness.

It might therefore seem odd that we’ve stayed together so long. If divorces are made in Heaven, as Oscar Wilde remarked, how did we luck out? The answer, of course, is the Civil War. The example of Secession 1.0 in 1861, with its 750,000 wartime deaths, has made Secession 2.0 seem too painful to consider. In my book, American Succession, I explode the comforting belief that it couldn’t happen again. The barriers to a breakup are far lower than most people would think, and if the voters in a state were determined to leave the Union they could probably do so.

To begin with, we’re far more likely to let it happen today than we were in 1861. John Kerry had a point when he said that Putin, by invading Crimea, was behaving as if it were the 19th century. While the secretary of state was mocked for what seemed like naivety, public attitudes have in fact changed since 1861. We are now less willing to take up arms in order to maintain the Union and readier to accept a breakup instead. Next time, we’re likely to find a President James Buchanan in office and not an Abraham Lincoln.

Finally, the Supreme Court might revisit its denial of a right of secession. The originalists on the Court would recognize that the Framers had thought that states had the right to secede, while the more politically minded members of the Court might hesitate before ruling secession illegal and permitting the president to make war against a state. Instead, the Court could be expected to look northward, to the more nuanced view of secession rights taken by the Canadian Supreme Court, which rejected both an absolute right and an absolute bar to secession.

So it’s not difficult to imagine an American breakup. The reasons why a state might want to secede today are more compelling than at any time in recent history. Slavery isn’t on the ballot, and there would be no undoing of the civil rights revolution anywhere. Indeed, the states with the most active secession movements are progressive and want to escape from a federal government they think too conservative. Were secession to happen today, it would be politically correct.

So it might happen. I see us on a train, bound for a breakup. The switches that might stop us have failed, and if we want to remain united we must learn how to slow the engine. That will take things that have been in short supply lately: a greater tolerance for ideological differences, thicker skin to imagined slights, a deeper repository of confidence in and sympathy for our fellow Americans. These are things we used to have, and can learn to have again if we recognize that the alternative is secession.

Federalism used to allow for greater differences among the states, and that permitted us to sort out our differences by settling among people with like beliefs. And while federalism was discredited when it sought to excuse racist Jim Crow laws in the South, we’ve left that world long behind. That is why I propose, as a solution to our divisions and an antidote to secession, a devolution of power to the states — not mere federalism, but the alternative that the British presented to the Continental Congress in 1778 after it had decided upon secession through the Declaration of Independence. It was what Gladstone and Charles Stuart Parnell sought as an alternative to Ireland’s outright secession. The solution was ‘home rule’. Adopted in America, this would return more power to a seceding state than it possesses now, or ever possessed under American federalism.

F. H. Buckley is a law professor at George Mason University. American Succession: The Looming Threat of a National Breakup will be published in January (Encounter Books).