After Trump, the reckoning 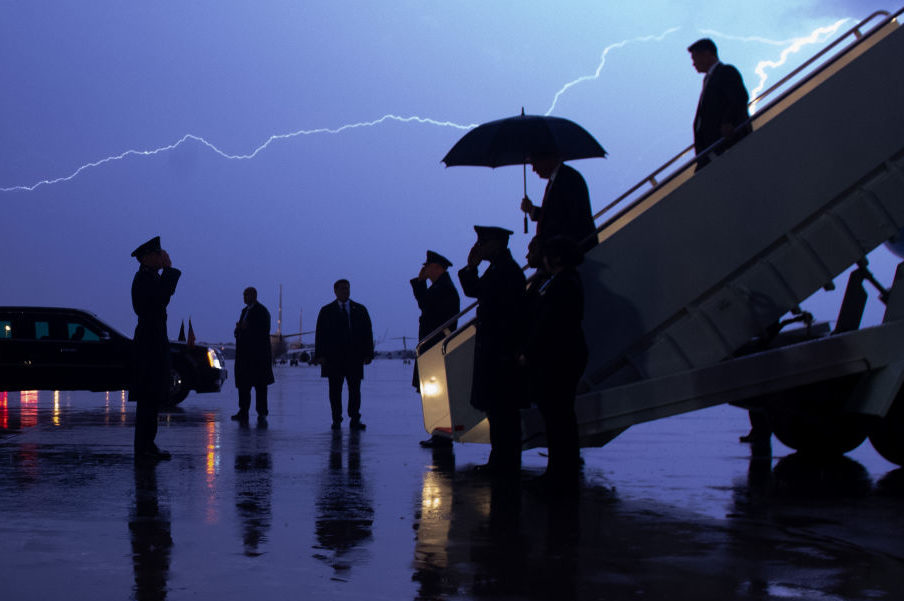 After Trump, the reckoning

As voters prepare to pass judgment on Donald Trump’s presidency in November, they might want to entertain a few counterfactuals. Imagine that Russia had annexed Crimea during the Trump years rather than while Obama was president. MSNBC and other left-wing media would have hawked claims that Trump actively conspired with Putin to let the Russian president dismember Ukraine. More sober outlets, some of them ‘conservative’, would have chalked up the loss of Crimea to President Trump’s basic incompetence and reckless defiance of the foreign-policy establishment.

Much the same narrative web would have been spun if, say,...

As voters prepare to pass judgment on Donald Trump’s presidency in November, they might want to entertain a few counterfactuals. Imagine that Russia had annexed Crimea during the Trump years rather than while Obama was president. MSNBC and other left-wing media would have hawked claims that Trump actively conspired with Putin to let the Russian president dismember Ukraine. More sober outlets, some of them ‘conservative’, would have chalked up the loss of Crimea to President Trump’s basic incompetence and reckless defiance of the foreign-policy establishment.

Much the same narrative web would have been spun if, say, Otto Warmbier had been imprisoned by Kim Jong-un’s regime this year rather than in the last year of the Obama administration. The story would have been all about Trump and his characteristic faults, though we know from the way that history really did happen that these things were the fault of Obama and the foreign-policy establishment — the very entities the media holds up as paragons of excellence in contrast to Trump.

Now try an opposite counterfactual: suppose the coronavirus had arrived in 2012 as Obama was up for reelection. The media would have given his handling of the crisis every benefit of the doubt, even with death tolls in the hundreds of thousands. The virus and the measures taken to arrest it would nonetheless have put Obama’s reelection in greater jeopardy. Democrats and NeverTrump Republicans might deny this and insist that Obama’s response to the coronavirus could have made him more popular, by showcasing his ability to handle an emergency. With COVID-12 (as it would have been), it’s more likely the coronavirus would have dented Obama’s popularity and narrowed his margin of victory over Mitt Romney, even possibly tipped the 2012 election completely.

One of the demented things about the American media’s coverage over these past four years has been the obsession with making everything about Trump, as if he were not just president but a mad god. The universe itself has been thrown into chaos, and only the restoration of the true god — the establishment and its expertise — can reimpose order.

Yet the establishment’s own recent record, under Obama and retroactively ‘good’ Republican George W. Bush, has been one of spectacular failure that contrasts unfavorably with the calm years of the Trump administration before the coronavirus and this summer’s riots. The ‘liberal international order’ that we are told is imperiled by Trump was already in tatters long before he took office. But the leaders under whom it was shredded had the advantage of a friendly media, which presented futile measures taken too late as the epitome of strength and competence.

Take targeted sanctions on Russia, for example. These not only failed to get Putin to disgorge Crimea, but also failed to deter the Russian meddling in the 2016 election that we have heard about ever since. Recep Tayyip Erdogan’s consolidation of power in Turkey and China’s turn to an increasingly assertive projection of power beyond (and within) its borders also took place pre-Trump.

Trump won the 2016 election in part because the American people held the elites in both parties responsible for deteriorating conditions at home and abroad. Make America Great Again indeed.

The mainstream media’s coverage of the Trump administration has been an exercise in self-deception for the media themselves and for the professional classes in general. The Trump years have not been about Donald Trump, except insofar as Trump has made explicit what the elites have long disguised: that the consensus that has guided our country since the end of the Cold War has broken down, and that the establishment leaders who wish to resuscitate the consensus lack legitimacy with the public. The public knows that change of some kind is needed, and it attempted to bring about change by electing Barack Obama and then Donald Trump.

The coronavirus and its consequences may defeat President Trump in November, but the election of Joe Biden and Kamala Harris will not solve any of the problems that led to Trump’s election in the first place. Quite the contrary: the ruling class will be more complacent and alienated than ever, self-assured in its verdict that the repudiation of Trump is the same as the affirmation of elite rule as it existed before Trump. Under Biden and Harris, post-Trump America will be a country ready for another Trump — or someone even more terrifying to the elite.

And the same might be true even if Trump is reelected. A second-term president often focuses on foreign policy, with Congress half or wholly run by the opposition party. Trump has been making better, more ‘Trumpian’ and more competent personnel appointments in recent months, so coherent change in grand strategy may be possible in a second Trump term. He has also been willing to use executive power to reshape trade and immigration to the extent that his powers allow. But the changes the federal government needs to make in order to serve the country as a whole must be made by the legislature as well. Without these reforms and a re-emphasis on the well-being of Main Street over Wall Street, the rot will continue.

Civil society — the media, the academy, corporate America — must also get serious about its failures. But four more years of Trump may mean four more years of elite mythologizing about the President’s sole responsibility for everything that goes wrong. The hope is that the shock of Trump’s reelection would be a spur to reflection on the part of our leadership class. That is no safe bet, but it’s the only chance for change available. After Trump, next year or in five years, there will be a reckoning. And if the failed elites who made Trump necessary in the first place have not changed their ways, they will be swept away in the decade to come.

This article is in The Spectator’s September 2020 US edition.