Abortion should not be a party-political issue

Republicans have many reasons to be pro-choice, Democrats to be pro-life 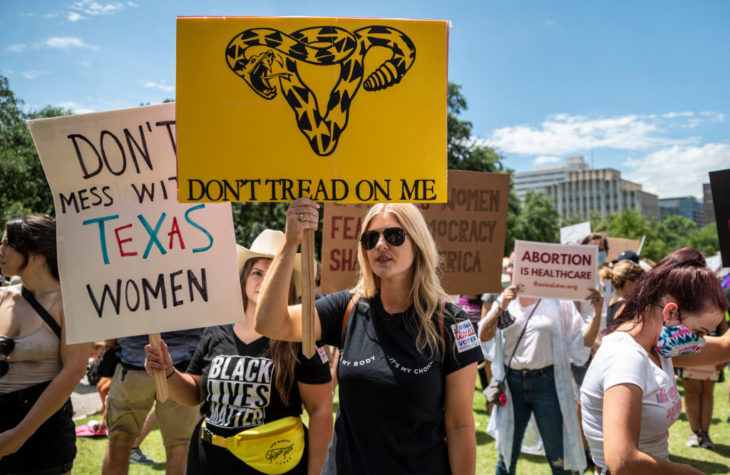 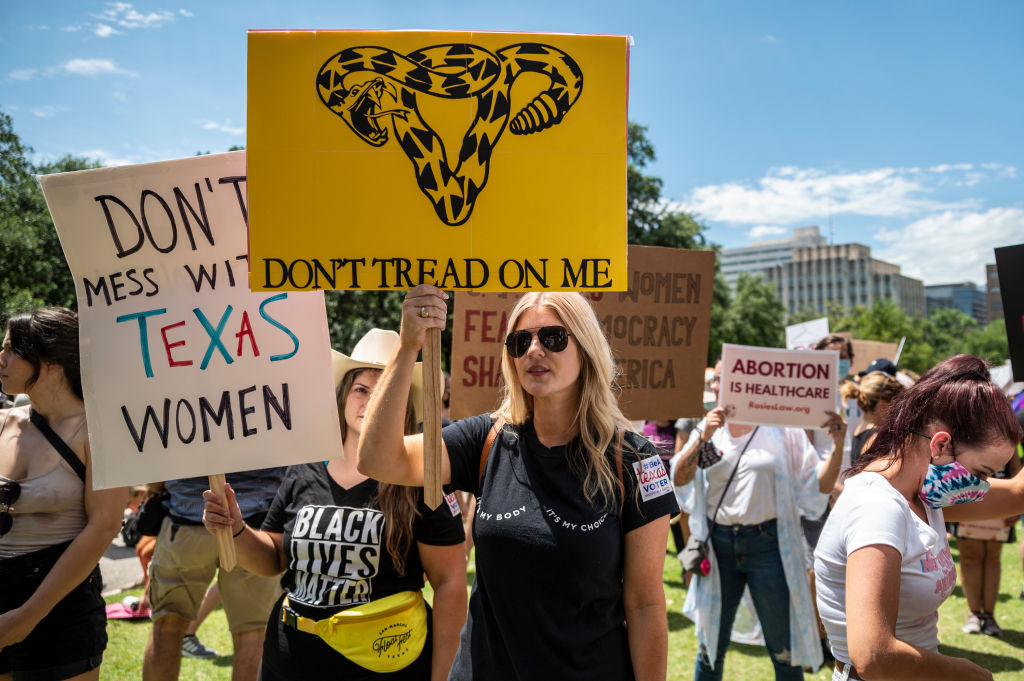 Abortion should not be a party-political issue

It's the culture, stupid. The economy no longer governs voters' choices. When I was making videos around the US to promote one of my books, the film crew that traveled with me consisted entirely of my fellow Hispanics. ‘We hate the fat cats,’ they said, as we chatted in our common language, ‘the real-life Gordon Gekkos, and the plutocrats who evade taxes and buy votes.’ I assumed they were Democratic voters. They responded in horror. ‘We vote Republican,’ they explained, ‘for our values.’

They meant they were against gay marriage, ‘trans’ Newspeak, cancel culture and, above...

It’s the culture, stupid. The economy no longer governs voters’ choices. When I was making videos around the US to promote one of my books, the film crew that traveled with me consisted entirely of my fellow Hispanics. ‘We hate the fat cats,’ they said, as we chatted in our common language, ‘the real-life Gordon Gekkos, and the plutocrats who evade taxes and buy votes.’ I assumed they were Democratic voters. They responded in horror. ‘We vote Republican,’ they explained, ‘for our values.’

They meant they were against gay marriage, ‘trans’ Newspeak, cancel culture and, above all, abortion.

Abortion is becoming America’s political litmus test. To save babies, you vote Republican. If you value ‘choice’ above ‘life’, you vote Democrat. Nationwide, according to Gallup, the numbers of Americans who agree that ‘abortion is morally wrong’ is almost equal to the numbers of those who don’t. Yet according to Pew Research 80 percent of Democrats want abortion to be legal ‘in all or most cases’. Sixty-five percent of Republican voters want to outlaw it. The gap is growing.

Biden’s State of the Union went quiet on China

It shouldn’t be this way. Abortion is a moral matter, spotted with nuances and shaded with uncertainties. There should be room for a range of responses on both sides of the aisle. No one makes adultery an issue of right against left. On gambling and drugs there is room for conflicting opinions within each party’s ranks. Democrats and Republicans are professedly united against lying, cheating, nepotism and corruption; yet they are equally adept in the practice of every kind of vice. Morals aren’t partisan.

In the US, however, in a way unparalleled elsewhere, it has become almost impossible to renounce your party’s line on abortion if you want to be hoisted up the greasy pole. On the Democratic side, Joe Donnelly has slid out of sight. Pro-abortionists have ousted Dan Lipinski. Colleagues denounce Joe Manchin as if he were a Republican fifth-columnist. Bob Casey Jr is in danger of eclipse. The Democratic establishment silenced his father, he says, because of the anti-abortion views that won  — according to received wisdom — the Pennsylvania gubernatorial election of 1986. In his book Fighting for Life, Bob Sr tried to scatter anti-abortion awareness on stony Democratic ground. President Biden’s equivocations are representative: he is against abortion in principle, but promotes it in practice to please his constituency.

On the Republican side, the ‘Majority for Choice’ lobby collapsed in 2018, with most leaders abjuring the party. Sens. Lisa Murkowski and Susan Collins have provoked trouble with their party faithful for declining to support the outlawing of abortion even in cases of rape or peril to the potential mother’s life  — an exemption the most fanatical friar might endorse.

Yet left-versus-right alignment on abortion makes little sense in the context of the parties’ histories and ideologies. Democrats ought to be working for an abortion-free world. Abortion is by its very nature a liberal’s issue, at the heart of human rights. Without the right to life, no other right is meaningful. Freedom from want and fear are of no value to the aborted. There can be no greater infringement of liberty than the denial of life. Equality too is at stake: the unborn are literally the poorest, most vulnerable and under-privileged of minorities and can properly be said to need a boost from the state at least as much as say the imprisoned or the sick.

The Golden Rule — which liberals have traditionally preferred to religious commandments as a guide to morals — enjoins you to treat others as you want them to treat you. The suicidal may have difficulty in applying the rule rationally, but no one can meaningfully wish to be aborted. Although Democrats have alienated many of their traditional allies, including the Catholic faithful, the long journey together of the party and the Church has left its residue. Gov. Casey’s passion and President Biden’s embarrassment are among the consequences.

I sometimes think I must be the only person in America who has read the judgment on Roe v. Wade. The court decided it on no basis dear to any Democrat, but rather on a criterion more likely to appeal to Republicans: the relative worth to the state of a mature woman and a frail fetus. Yet it is on most counts odd for Republicans to militate against abortion. Traditionally theirs has been the party of pragmatism — and abortion is commendable, if at all, as a practical solution to problems, personal and social, with which society is otherwise ill equipped to cope. Republicans are often impervious to arguments about the right to life, excluding terrorists, traitors and murderers from its benefits. They tend to prefer to talk about responsibilities. The party of fiscal discipline seems ill suited to policies that must multiply the numbers of unwanted and underprivileged children, to taxpayers’ inevitable disadvantage. Like eugenics, abortion winnows the classes that typically burden the state, resort to crime and vote Democrat. From one point of view, anti-abortion laws are interventions by the state in private life — forms of interference Republicans usually abhor.

It is hard to believe that even the most dour Republicans want to persecute poor women who think, however misguidedly, that they must abort, or to punish doctors and nurses who help out of compassion, however misplaced. Of course, the unborn are human beings. They are human: what other species could they possibly be? They are beings: if they weren’t, it would be unnecessary to intervene to curtail or extinguish their prospects of life. But some people genuinely think that a fetus is morally equivalent to an appendix or tonsils; others appeal sincerely to arbitrarily defined ‘personhood’ as the sole qualification for protection. They act innocently when they procure abortions. Abortion is not necessarily murder, because murder is a crime and  crime involves mens rea. It is not necessarily a sin, because you cannot sin unknowingly. Republicans often appeal to the innocent intentions of historical figures or of erectors of monuments, when fragile sensibilities demand vengeance for perceived offense. By the same logic, they ought to pardon abortion in the absence of dolus.

As they say in the soap-operas, it’s complicated. So how did politics and abortion get so simply into sync? In politics, symbols often outweigh substance. Our passions for and against masks will puzzle future historians: but they matter to many people as much as the color of an armband mattered in the street warfare of the Thirties or the tailoring of vestments in the aftermath of the Reformation. Abortion has become symbolic. The underlying trend in US politics has less to do with Republican and Democratic principles, which both parties have abandoned, than with the conflicts of secularism against religion — and of the wary against the woke. The nature of the public sphere is in the balance: will religion still have a place — the pivotal, plural place the Founding Fathers gouged out for it in a constitution that proscribed established churches? Or will expressions of faith be confined to private practice, like sadism and masturbation?

It no longer makes sense to vote on the basis of what the parties formerly stood for. Trumpism has eroded Republican austerity and particularism. Democrats have forsaken old-style liberalism for the kind that conservatives denounce: social democracy. They have abjured equality by favoring some minorities over others. Neither party is willing to challenge America’s biggest problems: plutocracy that subverts democracy, wealth gaps that imperil social peace, and the need for the US to find a new place in the world in the post-American century — or to elude J.F. Dulles’s excoriation of Britain as having ‘lost an empire without finding a role’. Gore Vidal famously lampooned America as a land with ‘two parties — the conservative and the reactionary’. That may no longer be true, but election outcomes continue to make surprisingly little difference to routine politics or to ‘the economy, stupid’. What changes is the language of values.

In the circumstances, voters are alert for meaningful ways of differentiating between the parties. The way people feel about abortion is a good predictor of their attitudes on genuinely political issues, especially in the religiously inclined. Surfing the web among remote church services amid COVID restrictions, I was struck by the frequency with which pastors who denounce abortion also urge or wheedle Republican votes from their congregations. They are not typically admiring of Trump, or inimical to migrants, or susceptible to nationalism, or resentful of taxes or even hostile to the state. They worry about the freedom that really matters to them: to proclaim faith as a shaping influence in American life.

Is there any chance of restoring reason to the abortion debate? There are shades of common sense and of degrees of commitment that should admit honorable differences of opinion. An abortion-free utopia would be unquestionably wonderful — but it cannot be achieved by legislation alone, without changed hearts and minds and proper provision for unwanted babies and immiserated mothers. Abortion is sometimes the only recourse for genuinely suffering or imperiled women, who before being condemned should have incentives to bring their pregnancies to term. There are still a few prominent politicians who understand that law has to reflect social consensus rather than moral values or matters of principle. Republican senator Shelley Moore Capito is among them. So perhaps in private I suspect is President Biden, even if he can’t get the words out through his party-political muzzle. The debate is so polarized that it is hard even to get the truth into the arena — where, as in every gladiatorial contest that is fruitless but deadly, pitchforks, nets and jaws await.

Felipe Fernández-Armesto is a Anglo-Spanish historian teaching at the University of Notre Dame, Indiana.