Show off and tell: the sad death of inconspicuous consumption 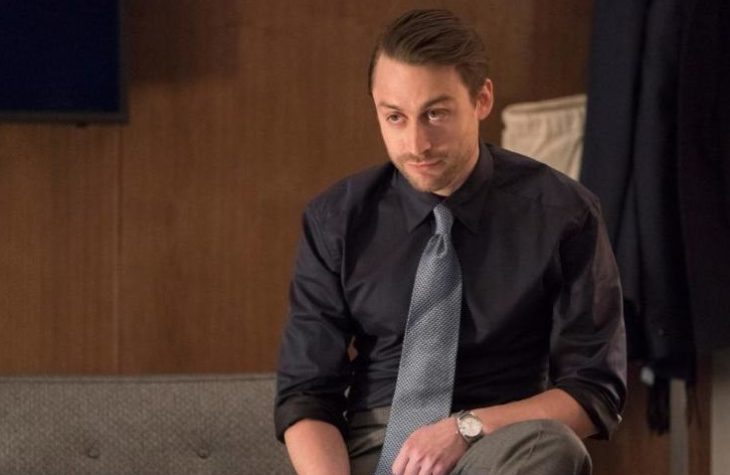 Show off and tell: the sad death of inconspicuous consumption

O America, how do I love thee? Let me count the ways. As an Englishman, I loved the two years I lived in New York as a correspondent for the Daily Telegraph over a decade ago. But I’m afraid I never fell for the American cult of conspicuous consumption — even if at times I thoroughly indulged in its worst excesses.

At a party at one of the New York Armories, a huge military building now given over to parties and exhibitions (I forget which one, due to overindulgence), I watched, goggle-eyed, as two brave young...

O America, how do I love thee? Let me count the ways. As an Englishman, I loved the two years I lived in New York as a correspondent for the Daily Telegraph over a decade ago. But I’m afraid I never fell for the American cult of conspicuous consumption — even if at times I thoroughly indulged in its worst excesses.

At a party at one of the New York Armories, a huge military building now given over to parties and exhibitions (I forget which one, due to overindulgence), I watched, goggle-eyed, as two brave young blondes frolicked in an ice-cold pool around a larger-than-lifesized ice sculpture of a pair of swans. At another party in SoHo, I made my way to the dance floor to find dozens of twentysomethings dancing around a Range Rover — the car company was sponsoring the event.

The Land of the Free has been the Land of the Consumer for over a century. And thank God for that. I’m all for comfort. The American influence on hotel standards in Britain over the past 30 years has been palpable. Goodbye, dog hairs on the duvet; hello, central heating and strong wifi. You’ll still be hard-pressed to get a martini in a British pub, though.

What I object to is the worship of conspicuous consumption simply for the sake of it. While I was in Manhattan I was dropped by my New Yorker girlfriend for not being rich enough: ‘You went to Oxford and you became a journalist?’ she said in the final hours of our relationship.

How did it come to this? By rights, America should be the land of the frugal and the self-denying. This year marks the 400th anniversary of the Mayflower landing. The Puritans aboard were the incarnation of austere self-denial. So what happened to the Puritan spirit in America? Some of it survives in the form of significant religious observance and charitable donations. And, a century after Prohibition was introduced in January 1920, you still get funny looks in smart parts of New York if you have a drink at lunchtime.

During my time in New York, I bumped into an elderly, trim figure in an elegant suit at the Grolier Club, where they were holding an exhibition of front covers of Anthony Powell’s novels. With diffidence and infinite politeness, this man asked me about my connection to Powell, who was my great-uncle.

‘Have you written any books?’ he asked.

I proceeded to show off about the book I’d just published.

‘I don’t really write books,’ he said, ‘but I did write one, called The Double Helix.’

Oh, God! The man I’d been showing off to for the past half-hour was James Watson — as in Watson and Crick, the men who discovered DNA.

But Watson, now 90, is of the last generation of that inconspicuous, self-denying, brilliant breed of Americans. And I’m afraid that there are pretty few of their counterparts left in Britain these days, either. In the 13 years since I left New York, that spirit of conspicuous consumption has taken over my country, too.

I grew up in north London in the 1970s, where old-fashioned inconspicuous consumption reigned — in other words, where rich people played down how wealthy they were. As a boy, I lived a few doors down from a senior lawyer who happily knocked about in the same Morris Minor Traveller, with its battered wooden carcass, for 30 years.

A successful publisher lived nearby in a book-crammed Victorian house falling down around his ears. I’d bump into stunningly rich peers in moth-eaten sweaters, with week-old egg on their ties. They’re gone now, replaced by worshippers of the great god of conspicuous consumption.

They pretend to worship the green goddess, Greta Thunberg. They bite off the Filipina maid’s head if she fails to put the recycling in the correct bin. But when it comes to their actual consumer habits, the sky’s the limit. They add conspicuously huge extensions to their Victorian villas. They park their conspicuously huge 4x4s in purpose-built underground garages. Their clothes literally advertise their origins in labels slapped all over their bodies.

How did we turn into these walking temples to Mammon? Part of the reason is class and the death of noblesse oblige — the idea that you shouldn’t show off about inherited wealth because you haven’t earned it. But now that the British rich, like the American rich, live in what they think is a meritocracy, they feel they’ve merited their fortunes (even when they’ve inherited them) — and they believe they deserve to show off about it.

The logical extension is that if you’re poor, you deserve to be poor. That horrible American expression ‘loser’ is now rampant over here. So Britain, like America, is now a fully paid-up member of the L’Oréal culture, with its faux-meritocratic catchphrase ‘because you’re worth it’.

Then there’s the greatest accelerator of trends — and the greatest show-off device — ever invented: the internet. The big social media sites — Facebook, Twitter, Instagram — are really look-at-me platforms.

On Rich Kids Of The Internet on Instagram, attractive young people play with their hair and clutch handbags in front of helicopters, candy-colored Lamborghinis and superyachts.

They are essentially showing off about expensive transport machinery. Viewers of Succession, the sublime TV drama based on the Murdoch family, will know how the super-rich fetishize private jets, helicopters and chauffeur-driven limousines — anything not to rub shoulders with what the youngest son, supersnob Roman Roy, calls the ‘normcores’.

How the Puritans would have shuddered. Their city upon a hill was supposed to shine with virtue, not the reflection of disco lights off Range Rover hoods.

Harry Mount is the author of How England Made the English, published by Viking. This article is in The Spectator’s January 2020 US edition.